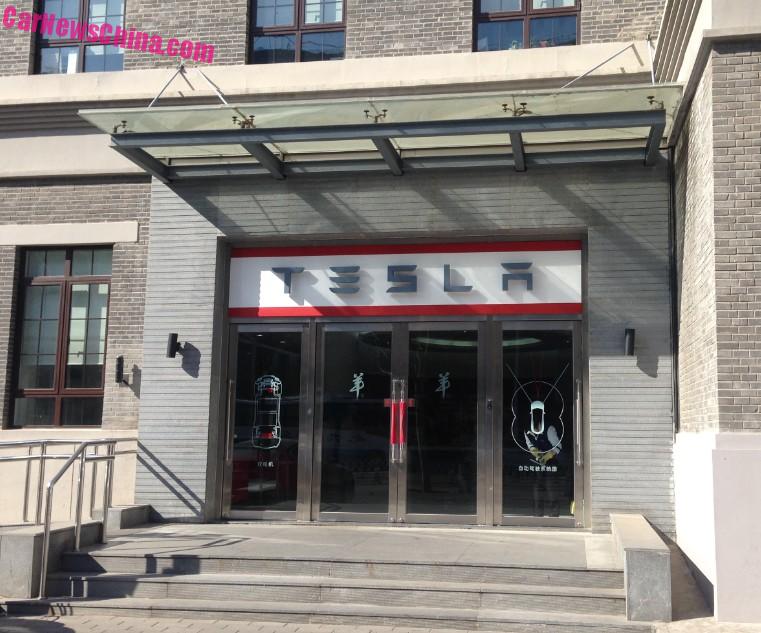 Who is in and who is out? Main entrance of the Tesla China headquarters in Beijing.

Chinese media report that Tesla Motors will cut one third of its staff in China, counting for 200 full-time jobs. The cuts will mostly effect sales and marketing, but other departments will also see hits, including sales, marketing, public relations, legal, and even technical support. Sales will see a hefty 50% cut, including front-line sales personnel working in stores, after-sales personnel, and sales consultants.

Furthermore, the so called ‘Asset Lite’ sales system, were individual sales persons would organize test drives for prospective customers in cities without an official Tesla store, will be substantially reduced. The system currently employs 20 people in ten cities, and that will be reduced to only two people, one in Wuhan and one in Guangzhou.

The cuts are a direct result of continuing poor sales for Tesla in China. In January Tesla only sold 120 cars, and the company is facing huge problems with a lack of dealers and lack of supercharger stations. Media say the announcement of the layoffs have caused widespread panic within the ranks of Tesla China, as it is yet unknown who will get fired and who will stay.

A Tesla employee, quoted anonymously by the report, blames Tesla CEO Elon Musk for the sales disaster in China, saying Mr. Musk is too authoritarian and too impatient for the complicated Chinese car market, that he refuses to listen to his Chinese staff, and that too many decisions need approval from the Tesla HQ in the United States, slowing down operations in China.