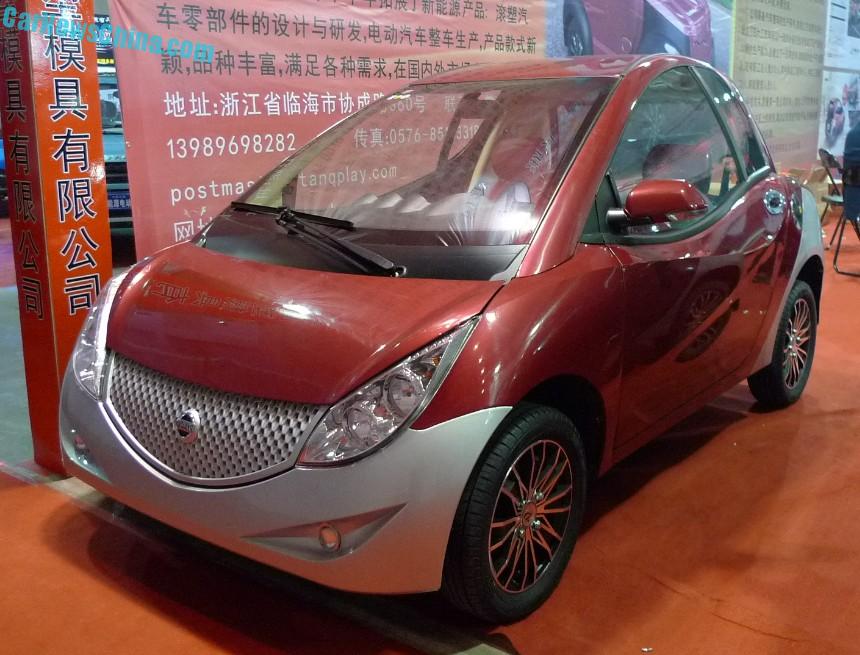 The two-seat Minglong Deluxe comes with an interior very special for an LSEV. They really tried, and partly succeeded, to make something special here. A racy steering wheel, a digital dial, blue buttons for the aircon controls, a sturdy gearstick for the drive selector, fake wood on the center console and around said gearstick, red speakers, and a giant red panic button behind the handbrake. Best however are the three additional digital dials above the center console. 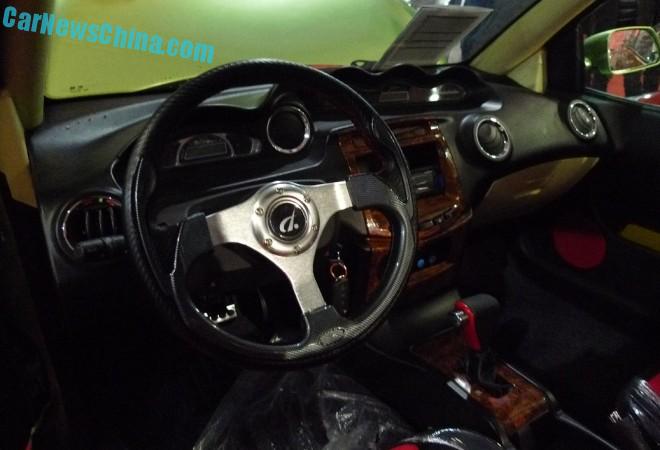 Another look for another cool. Alu rims around the air vents. Red plastic and a large shiny button on the left side of the gearstick. 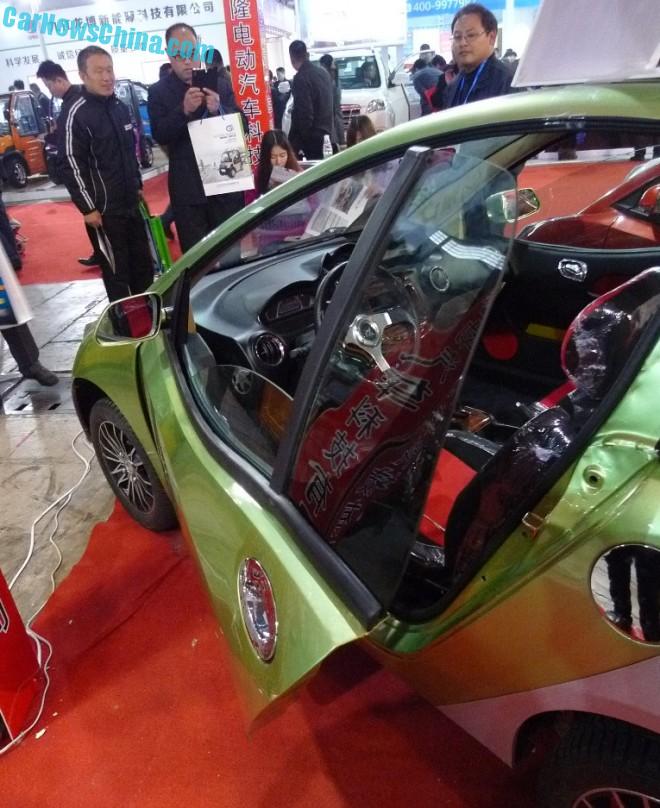 Pillar-less doors, racy red seats, and a shiny silver plastic door handle. The company had three Deluxe’s on the stand, in red, green, and black. The Minlong Deluxe is powered by a 3.5 Kw electric motor mated to a lead-acid battery. Top speed is 55 kilometer per hour, fast for an LSEV, and range is 120 kilometer. However fast, big it is not: 2670/1530/1350, wheelbase is 1870 and curb weigh is 650 kilo. 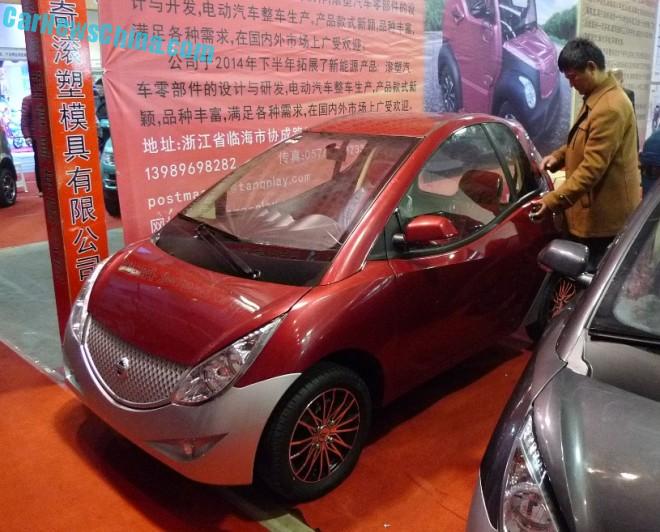 Than a man got up to the red car… 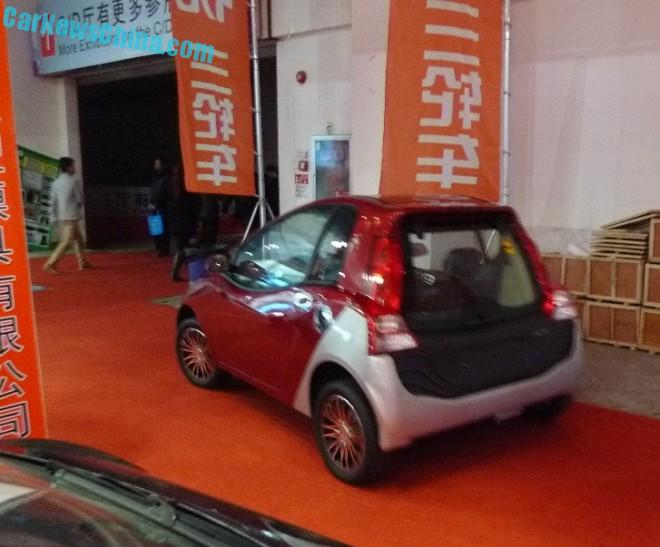 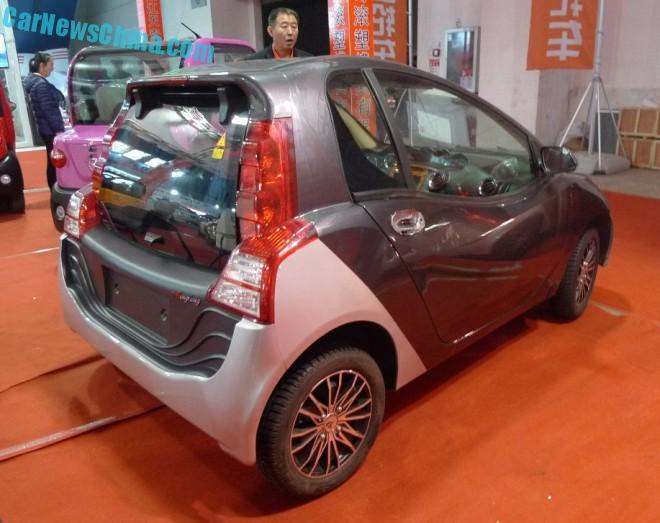 …. which gave me a good opportunity to study the back of thee black car, with a Volvo 480-like rear window, massive light units, and integrated wing on top of the window, and aerodynamic lines on the bumper. All this pretty comes for a rather steep price of 28.500 yuan or 4587 USD. 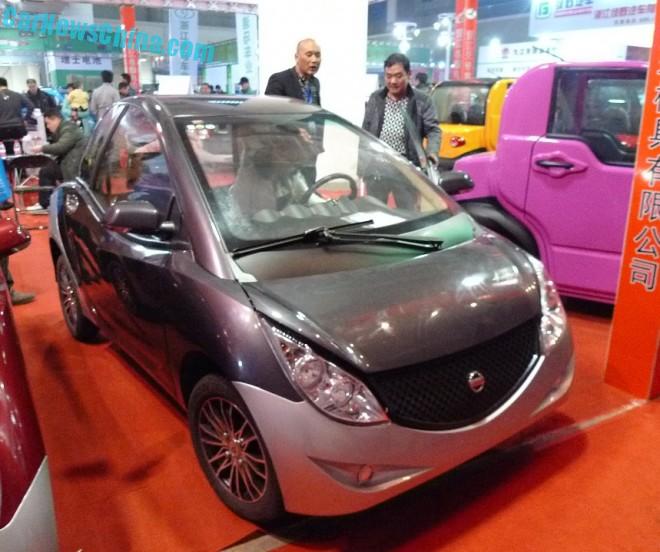 That wiper is big enough for a truck. Visibility in the rain won’t be compromised in the Minglong Deluxe EV. 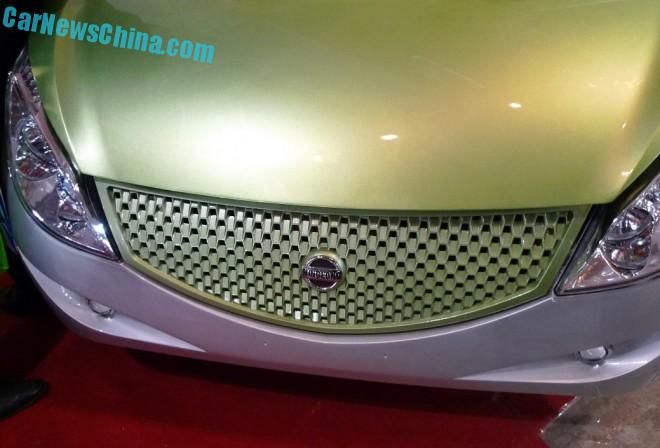 The green car had a green grille. 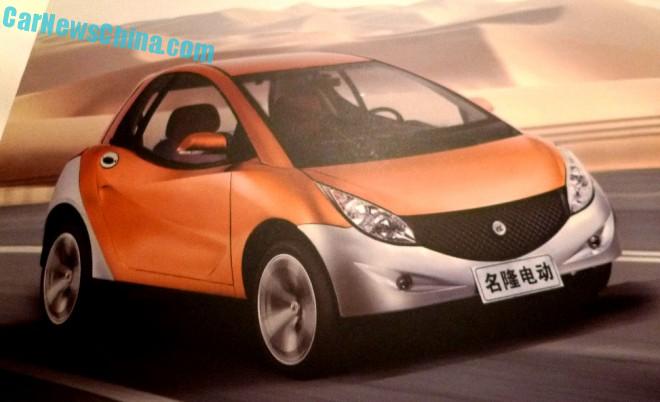 This is from the brochure I got. Orange car with black grille on a highway, without a driver. Autonomous, maybe..?