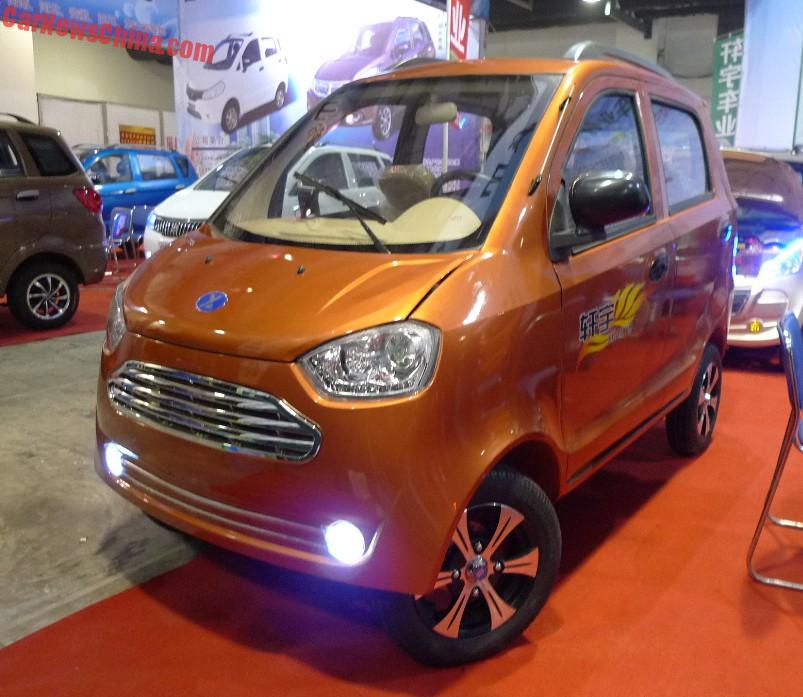 This is the beautiful Xuanyu Xuanlai, a new low-speed electric vehicle (LSEV) from China, seen last month on the Shandong EV Expo (intro) in Jinan City. The Xuanyu Xuanlai is a four-wheel four-door electric mini car, featuring a very shiny Aston Martin Cygnet-style grille, bright burning fog lights, a large blue logo on the bonnet, a huge windscreen with a single wiper, speedy decals on the sides, mirrors bigger than a truck’s, and sporty six-spoke alloys.

The interior is basic and beige, with a simple black steering wheel, a single digital dial, and a black center console with two large vents and a radio with USB connectivity, which comes in handy for the little black LCD screen that plays MP4 video. 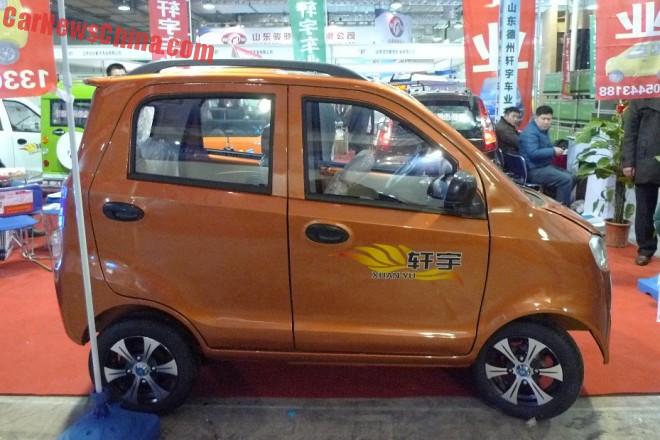 The Xuanyu Xuanlai is powered by a tiny electric motor with 2.5 Kw mated to a lead-acid battery. Top speed is 45 kilometer per hour and range is 110 kilometer. Charging takes eight hours on 220 volt. The Cygnet is bigger: 2800/1350/1500, wheelbase is 1240 and weight is 450 kilo. All specs as claimed by the manufacturer. 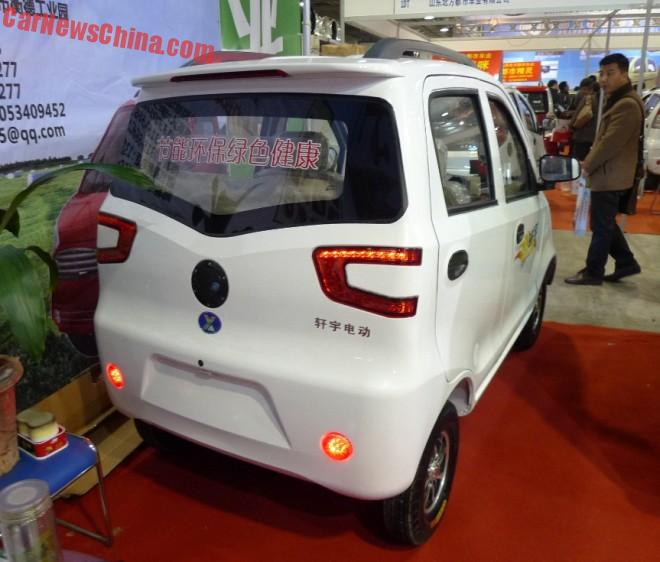 The Xuanyu Xuanlai is manufactured by a company called Shandong Dezhou Xuanyu Vehicle Technology Corporation (web), based in the great city of Dezhou in Shandong Province. The company makes a wide range of small electric cars, including one called the ‘206‘ looking like an old Peugeot 206, a funky green tricycle, a Baoma (Chinese name for BMW), and a sporty four-door with bull bars. 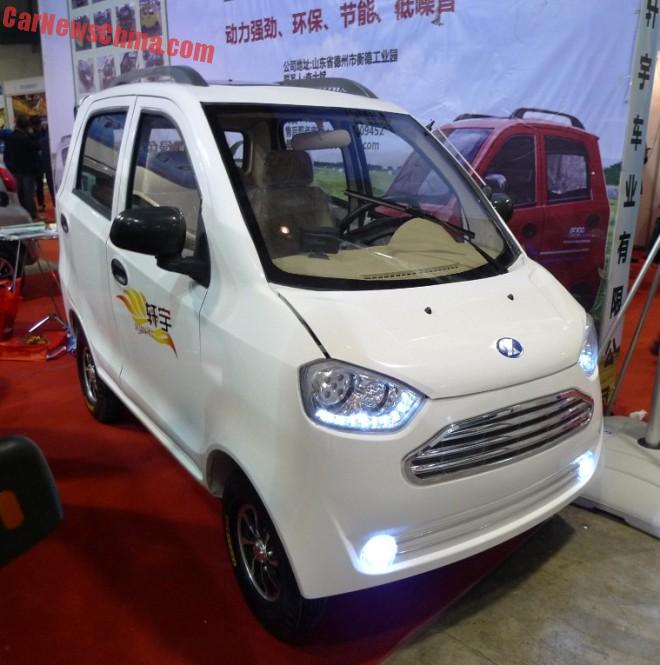 They also had a white example on the booth. Looking very sleek but the grille goes better with darker colors. 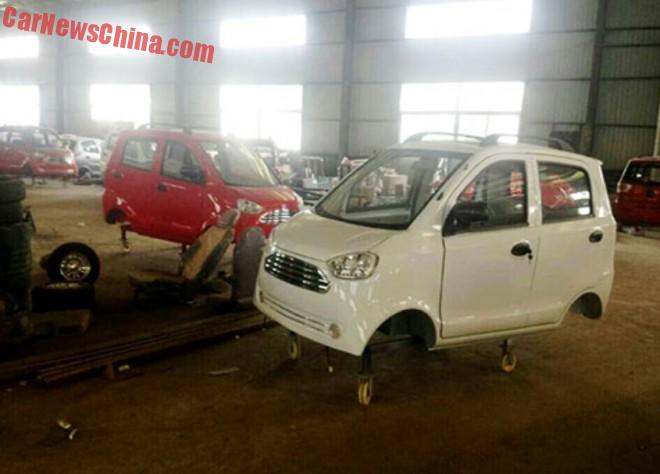 A look inside the body shop, with zillions of vehicles ready for final assembly. The LSEV market is huge, and it will be much bigger still.