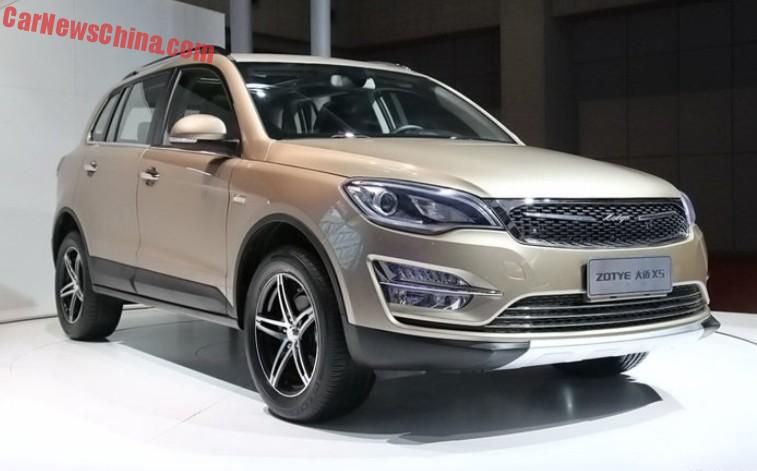 This is the new Zotye Damai X5, it was unveiled earlier today on the Shanghai Auto Show in China. The Zotye Damai X5, formerly known as the Zotye T500, is a new mid-sized SUV that will be launched on the Chinese car market in the second half of the year. Zotye has been quite busy with the design, earlier on it had a Range Rover grille, and later on we saw a grille with the Zotye Z.

The interior looks all right, albeit a bit dark and the design of the various vents doesn’t really match with the rest of the dashboard. 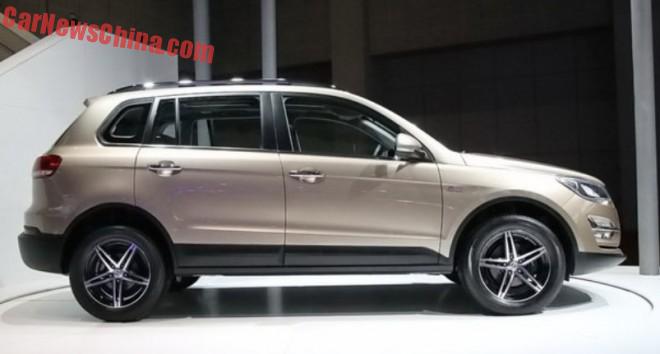 Design is a curious mix of the Volkswagen Tiguan and the Audi Q5, especially visible from the side. 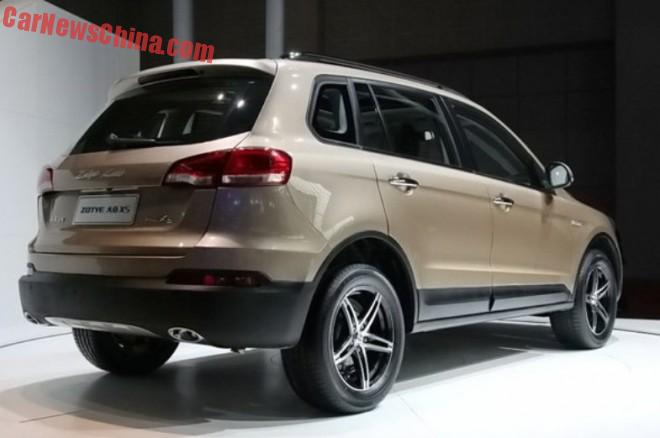 Exhaust pipes subtly hidden far under the bumper. Wheels of of the right size and alloys are sporty.

The Zotye Damai X5 will be powered by by 1.5 and 1.5 turbo four-cylinder petrol engines with 120 and 150 horses respectively, mated to a five-speed manual or a CVT. 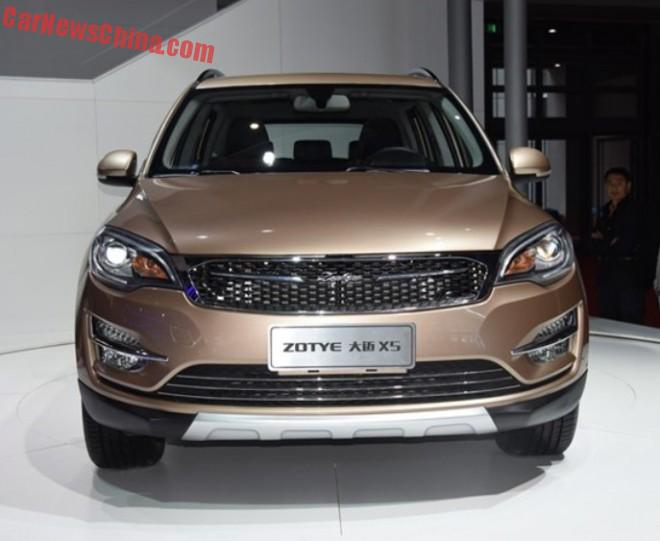 A rather modest grille and a bumper-wide skid pad; this is the new Zotye Damai X5 from China.