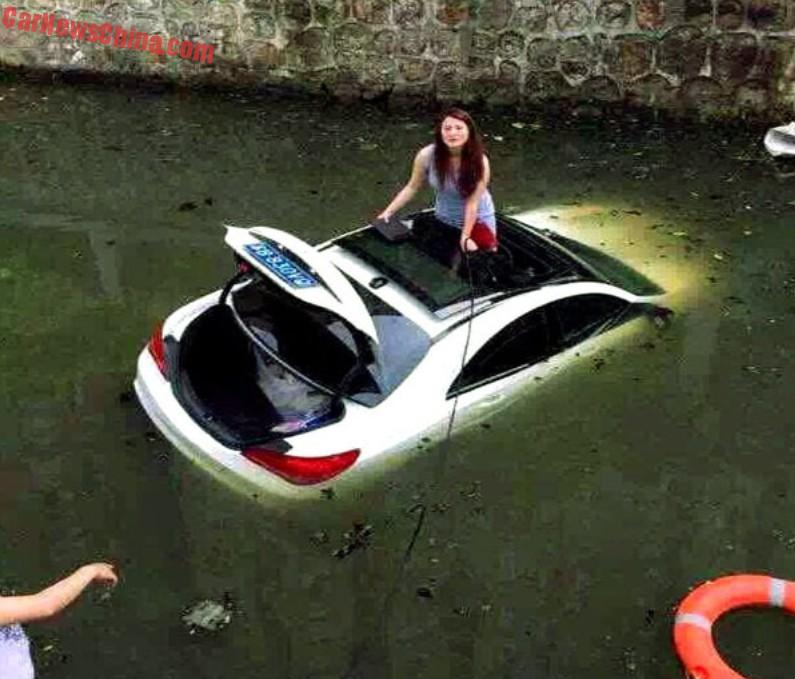 Punks crashing supercars? Just unfortunate incidents. It is women who are the the biggest danger in Chinese traffic today. Just last week we saw one mating a Porsche, and today we have a super smarty who drove her Mercedes-Benz CLA into a canal. 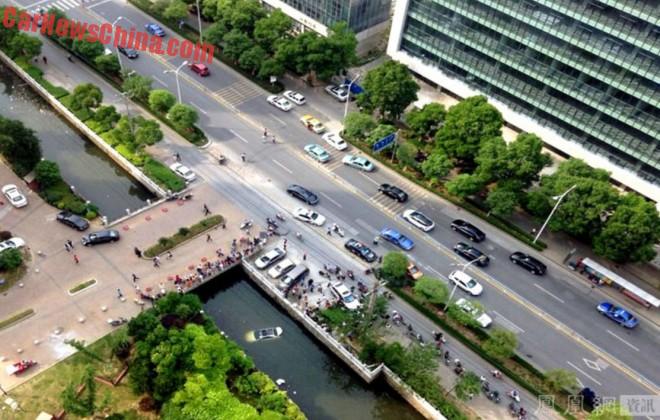 The accident happened in the great city of Wuxi in Jiangsu Province. It is a classic. The Benz was parked on a lot near the waterside. The woman wanted to leave and set the automatic gearbox in Drive instead of Reverse, and hit the pedal to the metal. Blub. 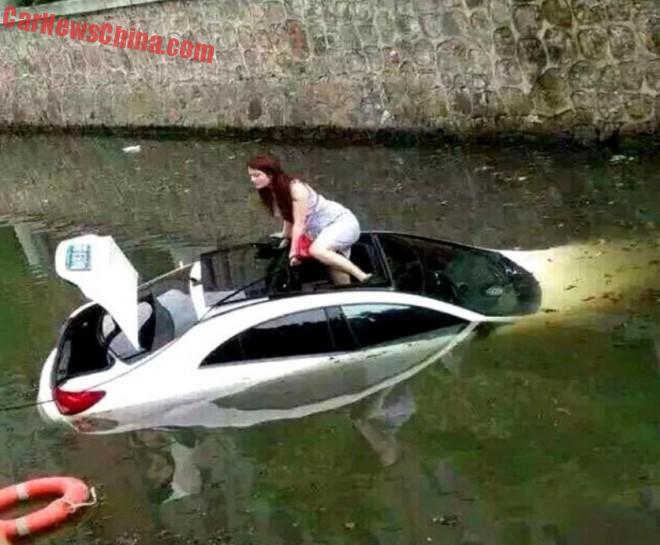 The woman wears a short blue skirt and has her hair dyed red. Amazingly, she managed to get out and climb on the roof without getting wet, using the sunroof. Friendly onlookers threw her a lifebuoy, but she refused, claiming shoe couldn’t swim. Police then threw her a line and got her back on shore. 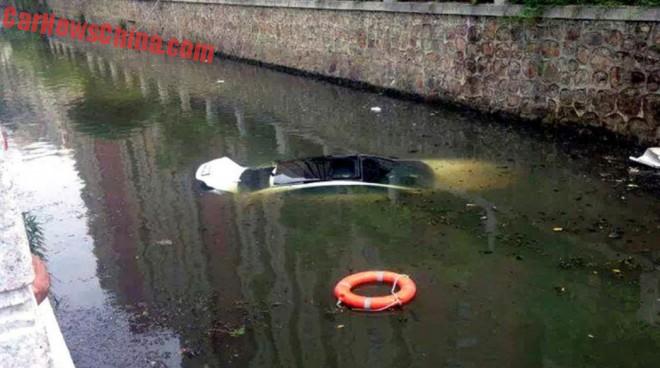 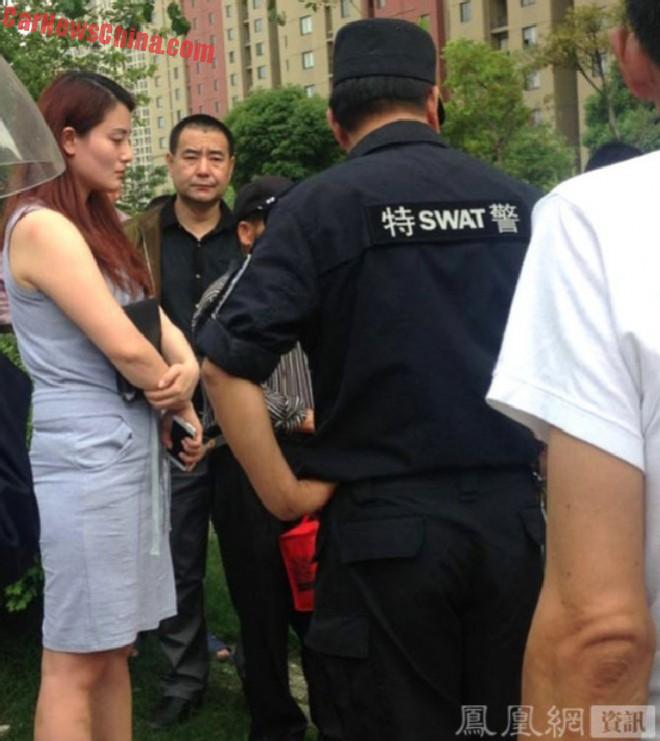 The little lady, with her skirt  dry as a desert, chatting away with a SWAT officer, who apparently was involved in the rescue operation.