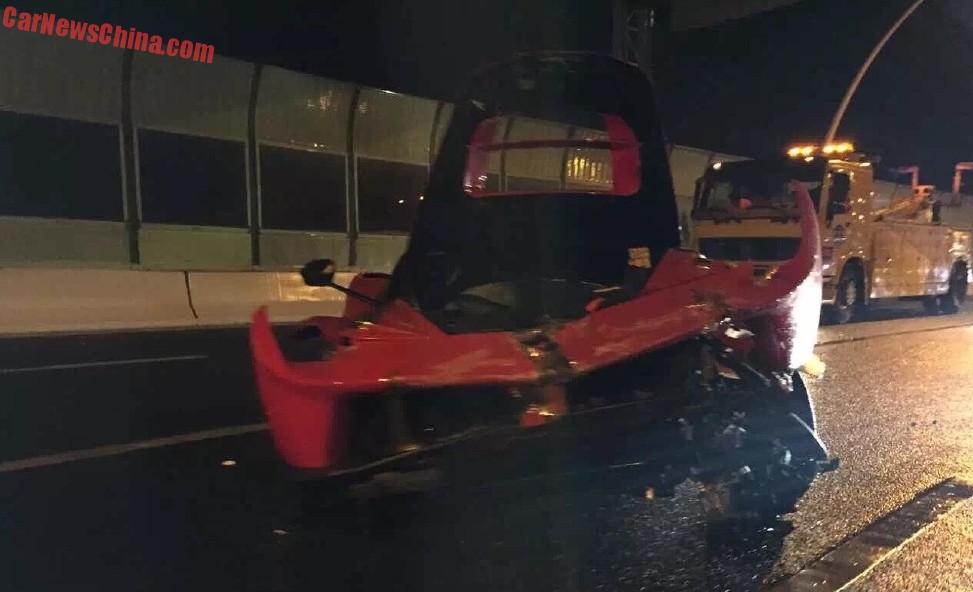 A Ferrari LaFerrari supercar crashed in China. The accident happened on the elevated highway in the great city of Shanghai, at around 21:00 last night. There was a thunderstorm over the city at the time, with hard rain and hard winds. The driver apparently lost control of the vehicle and slammed into the barrier, causing heavy damage to the car. 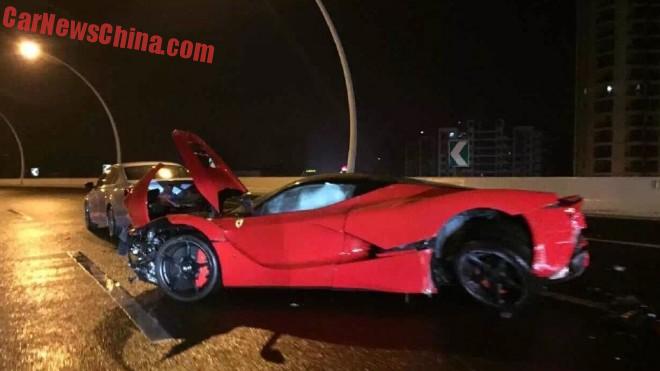 This first set of pictures is taken some time after the crash, when emergency services started to arrive and the driver was out of the car, unhurt, fortunately. The LeFerrari however was not so lucky. The nose is gone, front suspension damaged, the body work on the left side is broken, and the rear suspension seems completely broken off. 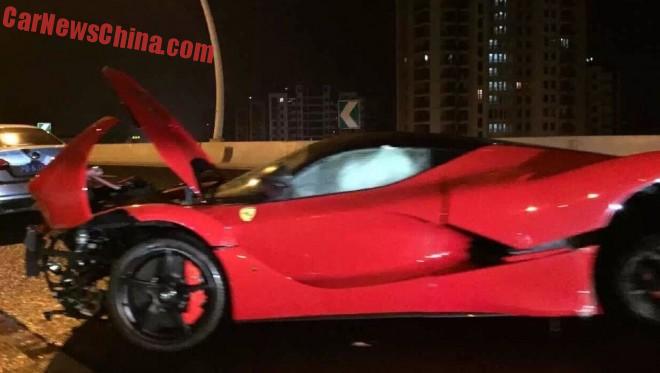 This particular car featured in our April story on a secret supercar garage in Shanghai. It is the seventh LeFerrari in China we know about, after a red one in Guangzhou, one in Chengdu, a double in Shanghai, one in Beijing, and a first in Shenzhen. It is the first LaFerrari to crash in China, but not the last, we bet. 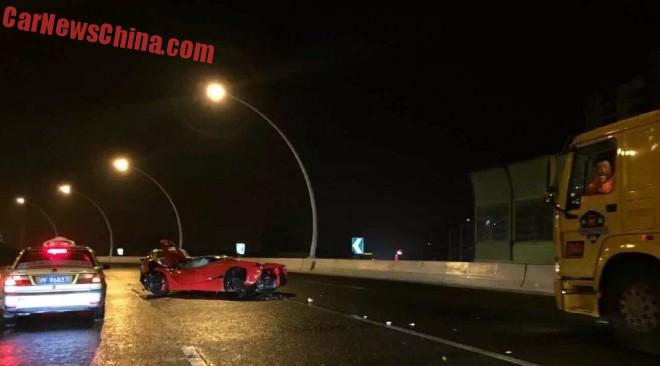 The wreck ended up in the middle of the road and it is a miracle nobody crashed into it. 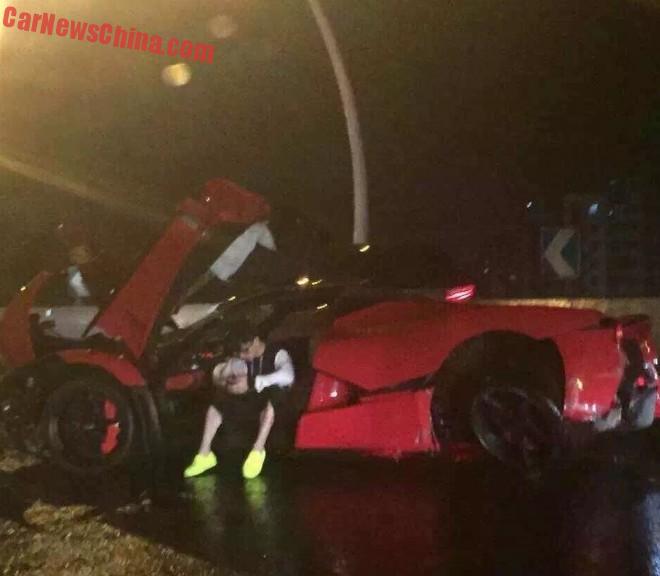 Another set of photos taken right after the crash. The driver can be seen fiddling with his phone, looking almost relaxed out there, like he didn’t just crash a multimillion limited-edition Ferrari. But he did. His coolness probably comes from his feet, where he is wearing superbly hip fluorescent sneakers. 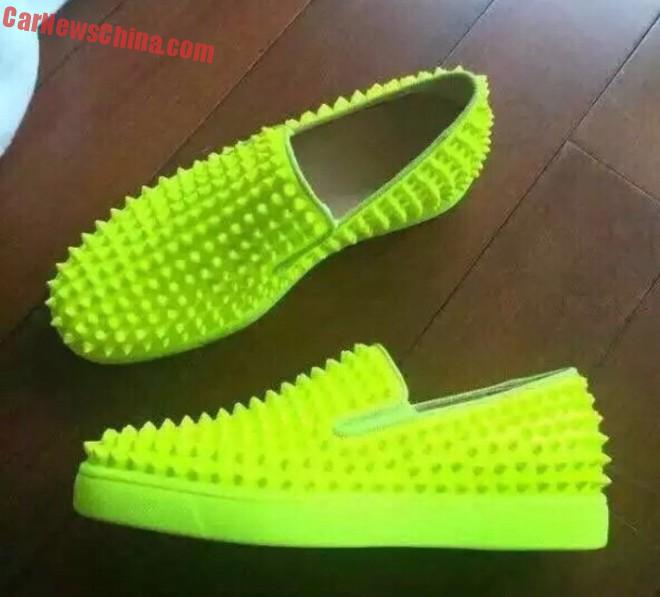 Reliable sources say the sneakers are of this kind, bright yellow with plastic spikes. No laces. Sadly we do not know the brand (Prada?). If you know more, please let us know in the comments. 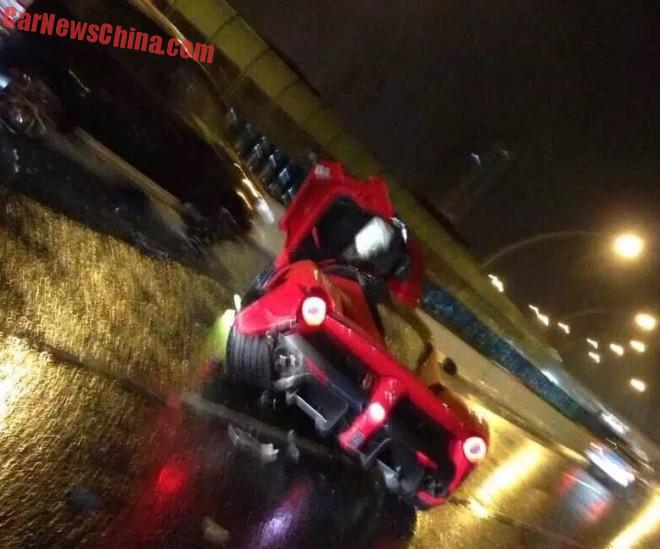 Heavy rain pounding on poor Ferrari. Damage to the rear seems not too bad, bar for that suspension, so the expensive and vulnerable KERS system, located almost immediately behind the vertical red pillar, might have survived the impact. 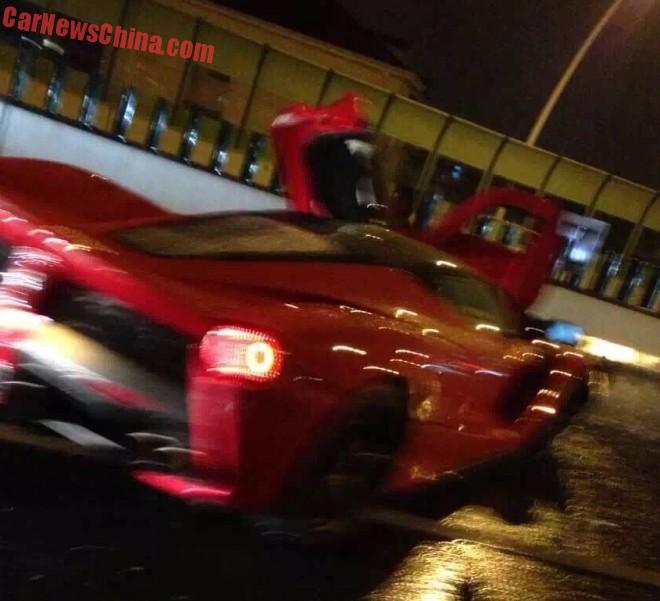 Right side of the vehicle seems all right. 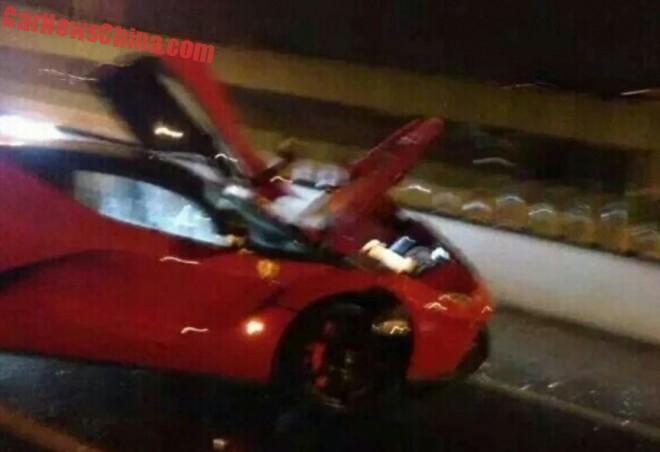 Bonnet flipped open. Serious damage but it all seems repairable. 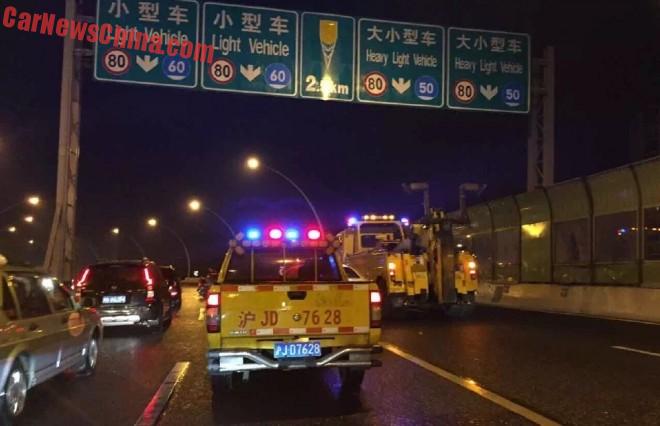 Emergency-rescue vehicles waiting in line to help. The enormous machine on the right, also visible in the first set of photos above, is built for towing heavy trucks. It will sure make short work of the super light Ferrari. 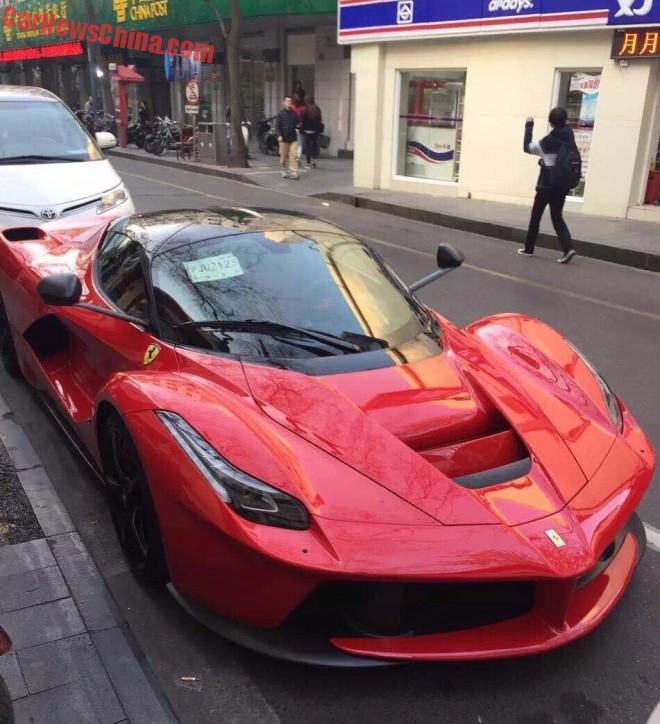 The crashed car in better days. Looking incredible fast even when parked. 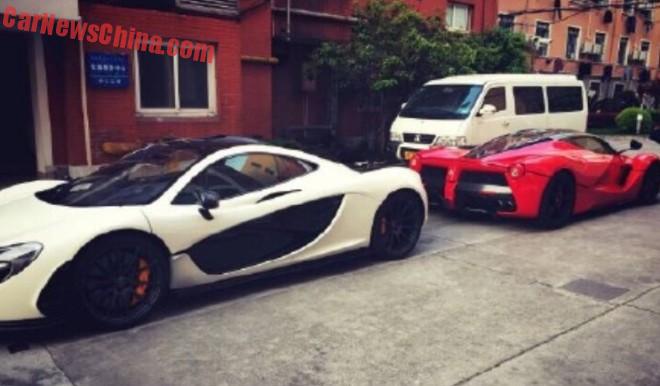 The LaFerrari and the white McLaren P1, which was also in the supercar garage, are rumored to be of the same owner. Let’s hope he doesn’t crash the P1 too. 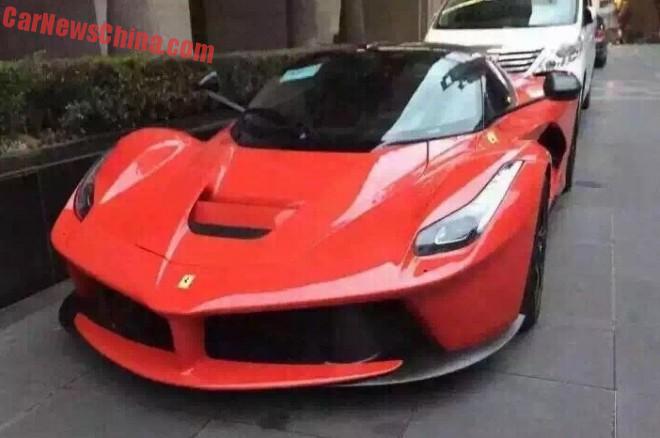 A few more because she is, or was, just so pretty. 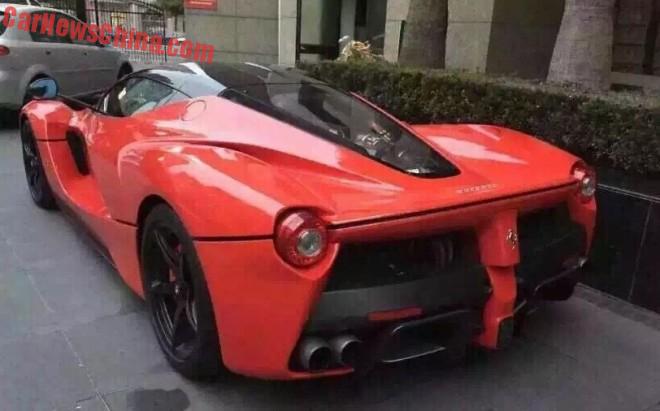 Will she ever look this good again..?

Special thanks to Antoine Chalendard for the tip. Photos via Weibo and via via.