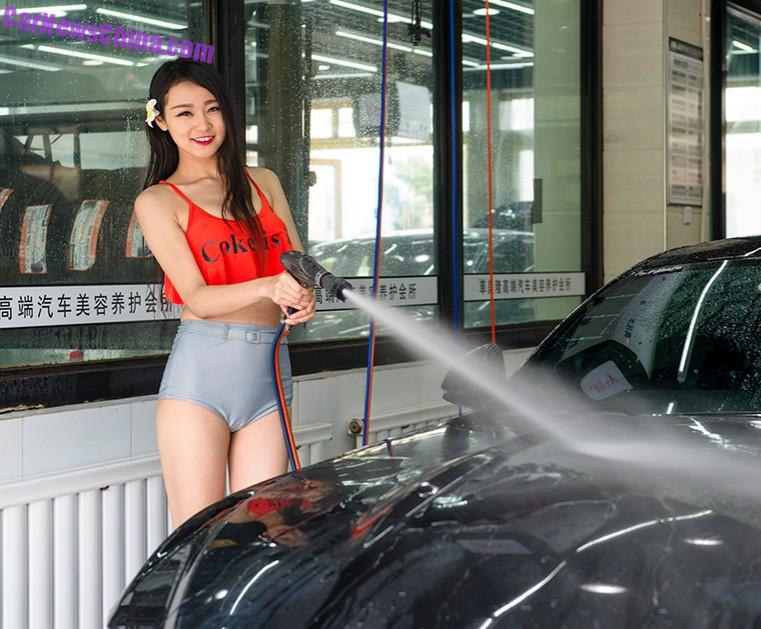 And for Friday afternoon we have a flock of pretty Chinese Car Girls opening a car wash in the great city of Urumqi, capital of Xinjiang Province. The girls are tall, well-built, and handy with the water gun. They wear shiny trousers of the swimsuit kind and a short top with the text ‘Coke is…’. Coke is what?! 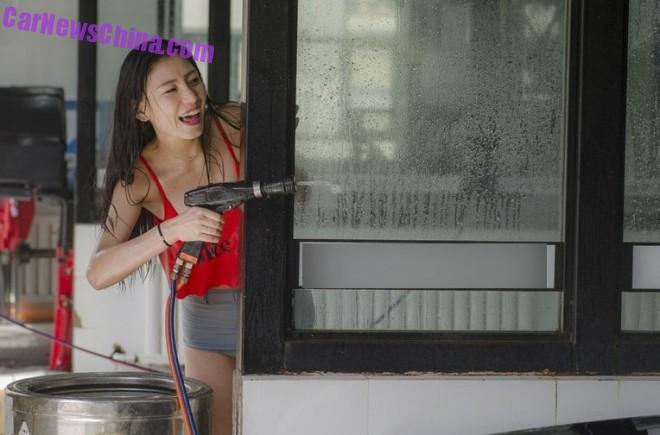 She is good for washing the window too. 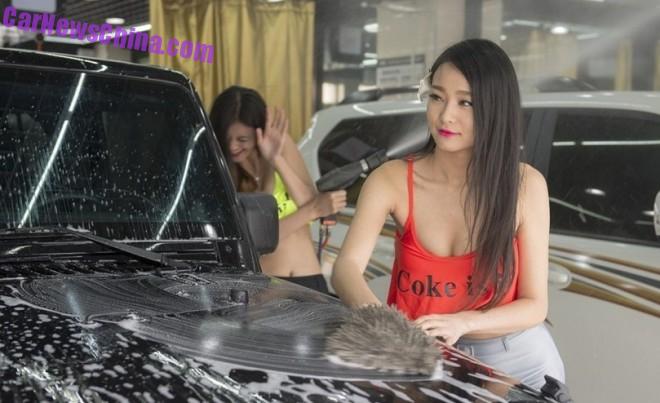 Opening such sexy shop in Urumqi is not unremarkable. Xinjiang Province is home to the largest Muslim population of China, but Urumqi is predominantly Han-Chinese these days and the Xinjiang-kind-of-Muslim is in general surprisingly tolerant and easy going. Still, a car wash with barely dressed babe must be a novelty down there. 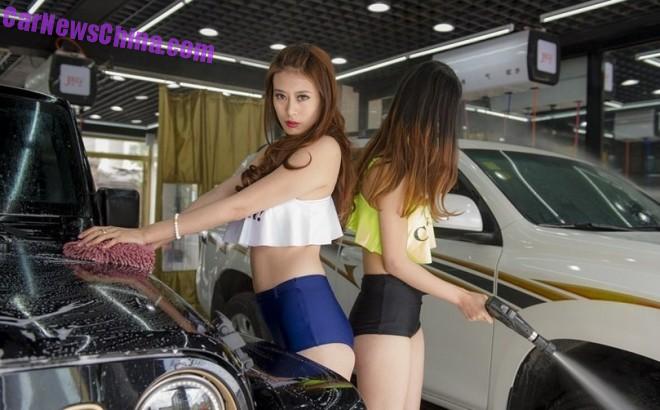 Beauty on the left, wearing blue trousers, is an original Xinjiang local. 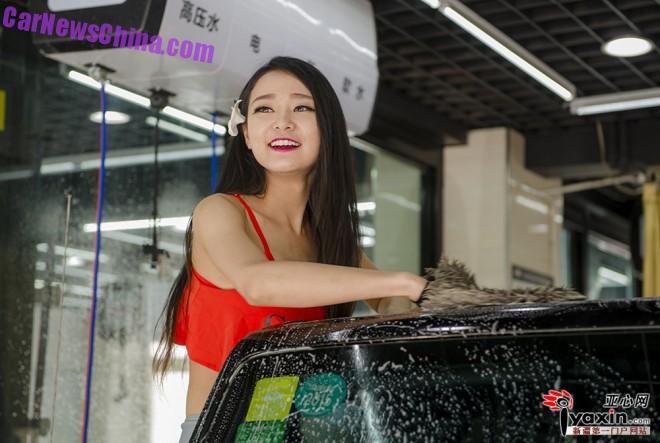 Working hard with a smile, a flower in her hair, and handy the soap. 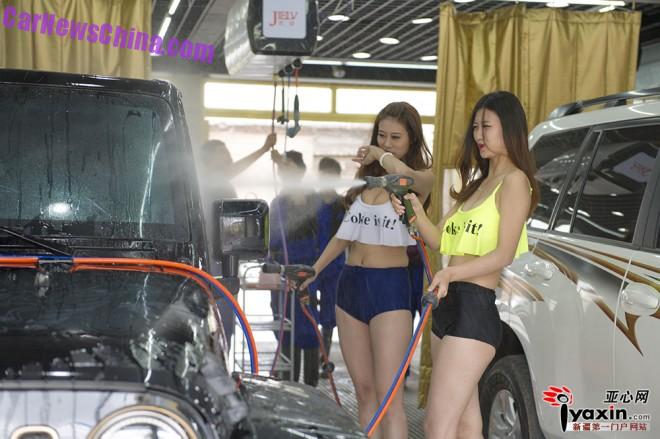 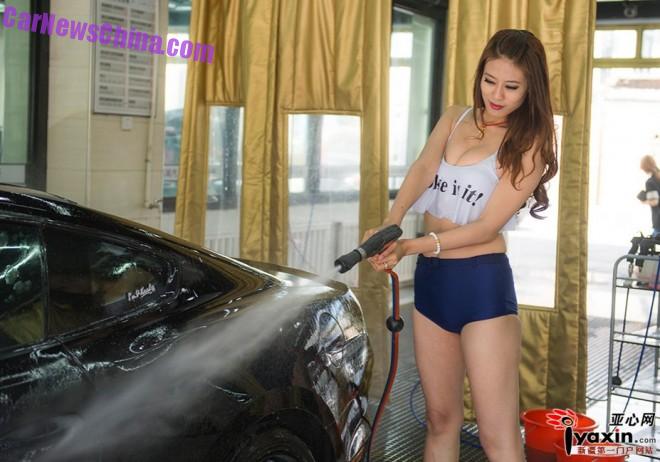 Top can barely hold her impressive assets. ‘It’ confirmed. 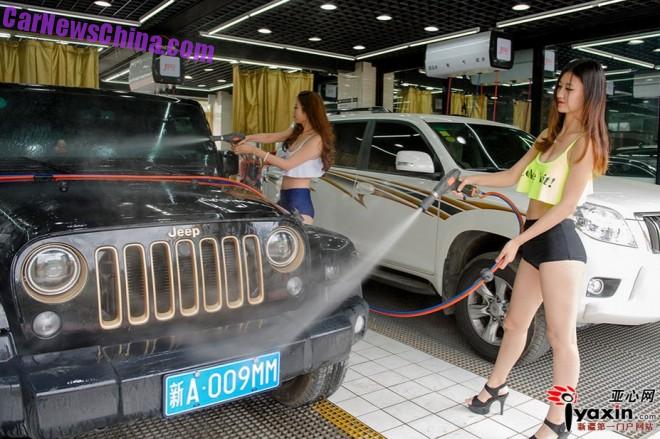 Jeep Wrangler with a golden grille, similar to the China-only Wrangler Dragon Edition. Fatass Land Cruiser on the right, they got zillions of those in Urumqi, all big, all Toyota, and some of those giant Nissan Petrol monsters. Jeeps are actually rare. 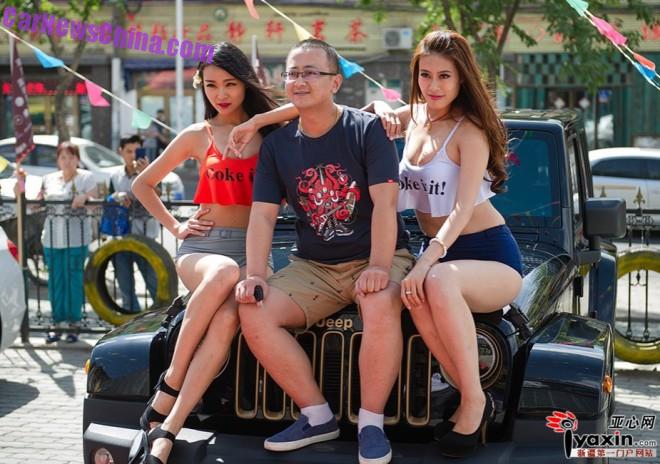 The lucky owner with his pretty employees. Assets of the local girl are all out now.