The Youxia X is a new Electric Super Sedan from China 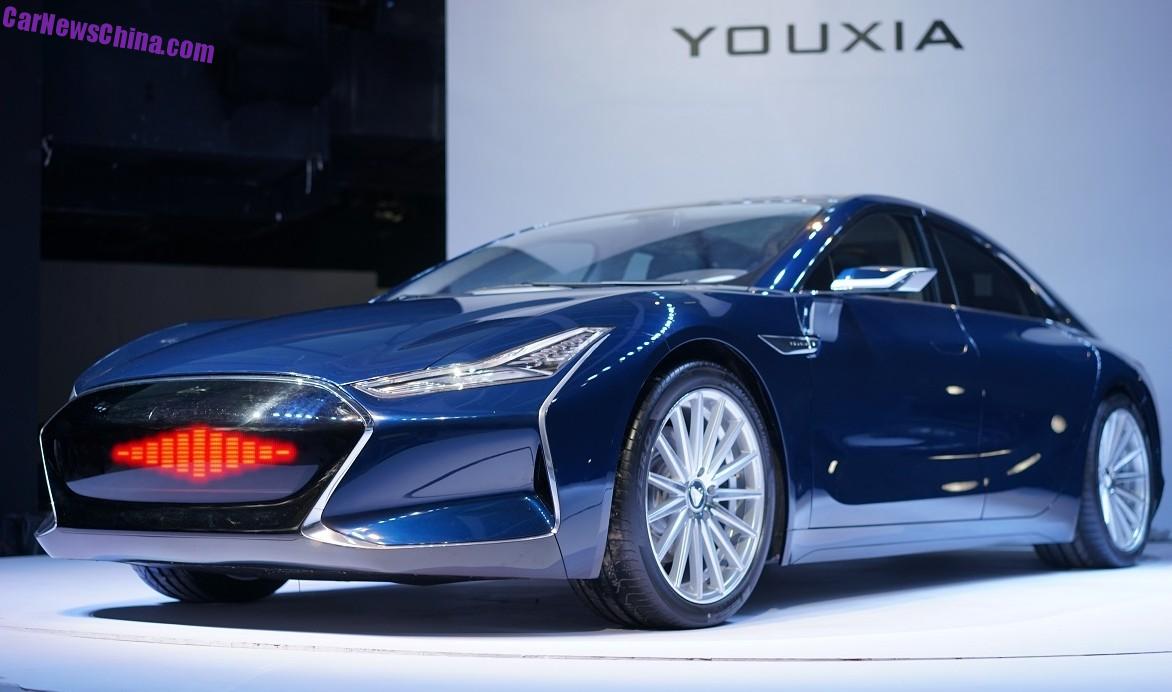 This is the incredible Youxia X electric super sedan, unveiled yesterday evening in China and set to compete against the upcoming Tesla Model 3. Power comes from an electric motor with 348hp and 440nm, and range is 460 kilometer. Production is scheduled to begin in late 2016 by a new Shanghai-based company called Youxia Motors.

We feel pleasantly surprised by the beauty of the car but unpleasantly screwed because we, and all Chinese automotive media, were led to believe Youxia Motors was going to unveil a sportscar called the Youxia One. But they didn’t. All references to the Youxia One have been removed from the Youxia website, except here (scroll down), and the status of the project is unclear.

But let’s forgive Youxia for now and focus on the X: 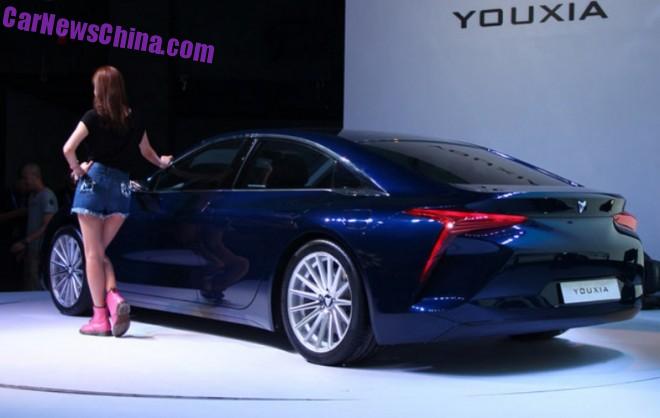 A great ass and we just love Pink shoes. As for the car; the Youxia X is by far the most beautiful vehicle we have seen coming out of China, ever and period. Rear light units are superb, and so is the subtle rear wing integrated in the boot lit. Profile is sleek and sporty, the wheels are huge and fitted with shiny silver multispoke alloys. 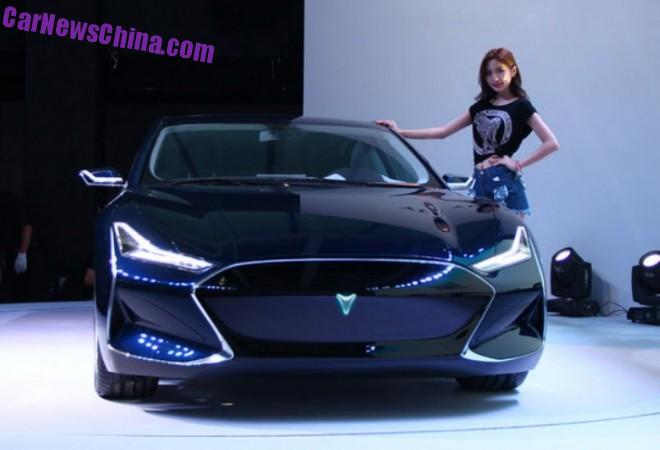 A bit of Tesla up front, but certainly not too much. The grille is a work of art, more on that below. The name of the car and company, ‘Youxia’ (游侠), comes from the Chinese name for the American ‘Knight Rider‘ television series (霹雳游侠), starring a car called KITT and a man called David Hasselhoff. 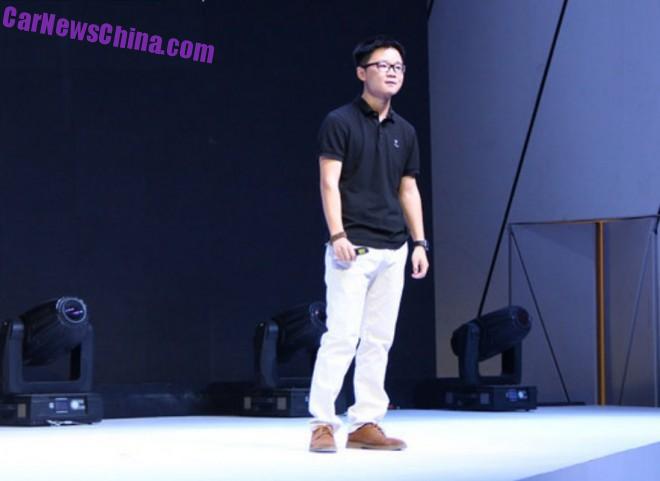 The Youxia X is the brainchild of the 28-year old (!!!) Knight Rider fan and CEO Huang Xiuyuan, who claims he first saw the X in a dream he had back in 2014. He then assembled a team of 50 engineers and designers that eventually developed the Youxia X. Production is scheduled to start in 2016 and deliveries will begin in early 2017, if everything goes according to plan. 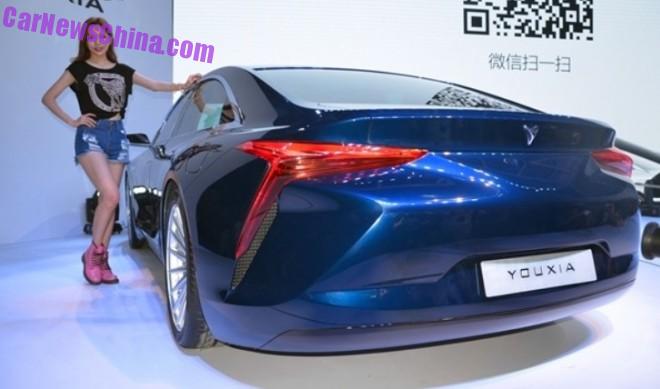 
Charging of the 85kWh battery takes half an hour on a supercharger for a 270 kilometer range. No other claims on charging announced. 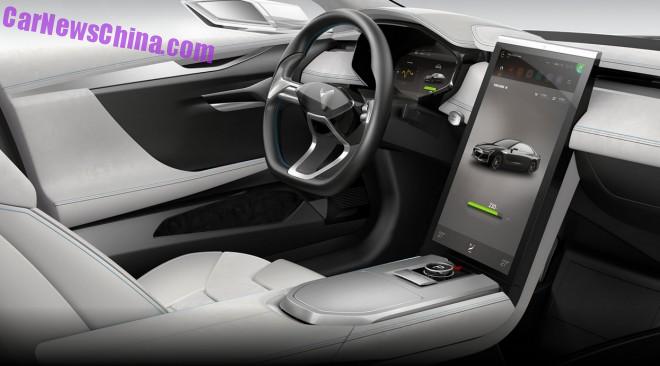 The vehicle unveiled had an interior but photos were not allowed. Happily, Youxia has a bunch of pics on its website, showing a very impressive high tech interior with an almost unbelievable 17.3 inch vertically positioned touch screen in the center console. 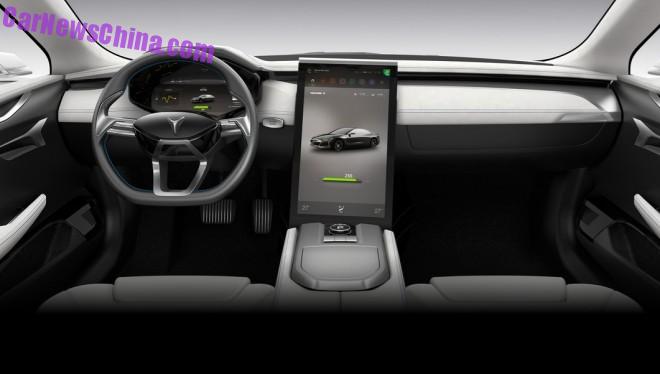 The operating system is called… no kidding… ‘KITT OS’. It is based on another operating system which is called ‘Youxia OS’, which is based on Google Android 5.0 (other company sources say 5.1). The system promises full connectivity with Android and Apple devices, including Apple Watch. It is fully inter-connected, has an in-build wifi hotspot, comes with television, and with a function allowing full remote control of the vehicle, similar to the BYD Su Rui. 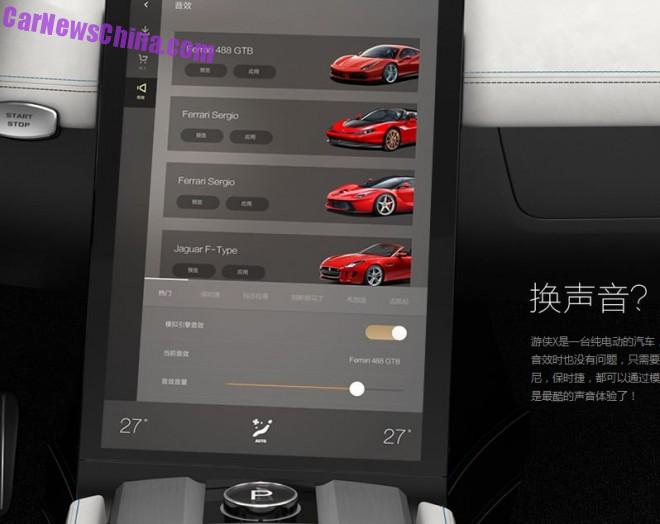 The system can pipe the sound of your favorite car into the cabin for that racy electric feeling. The list includes the brand new Ferrari 488 GTB, the ultra-rare Ferrari Sergio, the Ferrari LaFerrari dubbed the Ferrari Sergio, and the Jaguar F-Type. No Tesla Model S..? 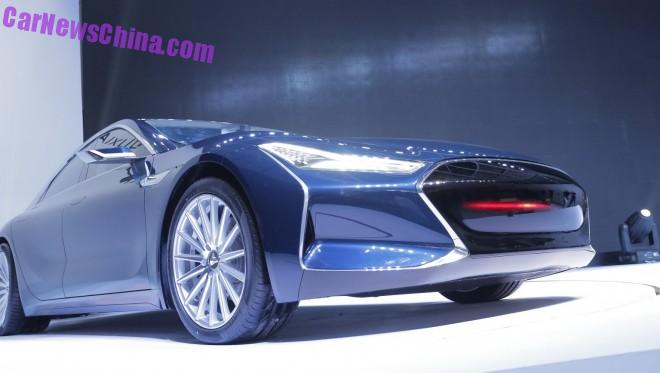 The eye catching grille is actually a holographic display, inspired by the Knight Industries KIT 2000 and 3000, the vehicle used in the Knight Rider television show. The screen can display the typical KITT red running lights, or the Youxia logo, or anything else you might like. 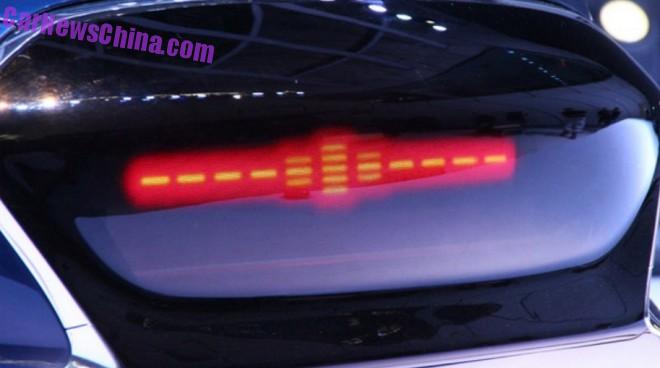 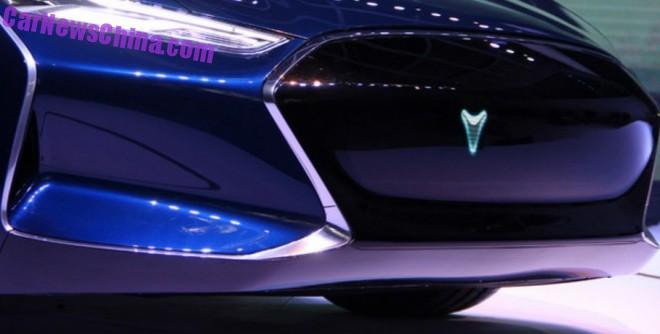 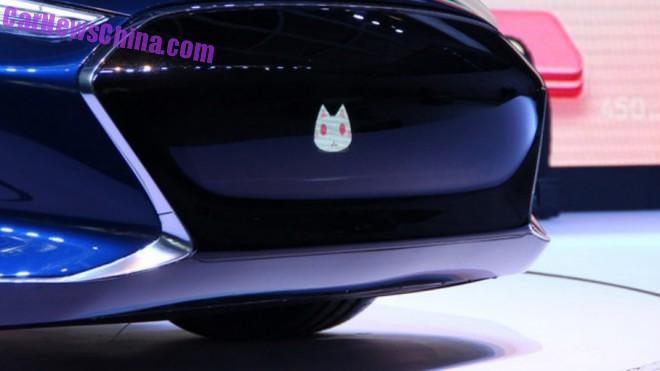 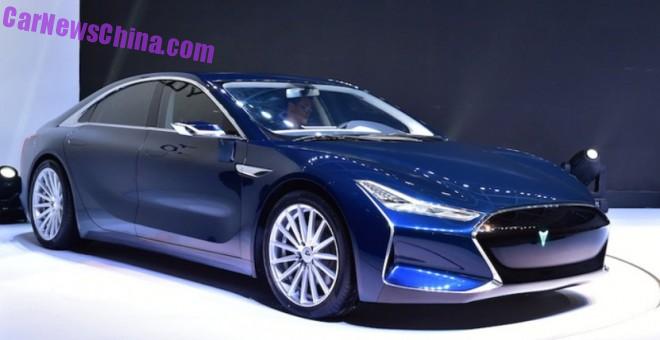 We are truly impressed by the Youxia X and by the plans the company has for the future. They seem well-funded and obviously employ talented designers and developers. However, taking the vehicle to production will cost a lot of money and effort more, much more indeed than a mere 50 men can handle.

But so far so very good, and we will closely follow the company’s progress. Now, what about that One..?