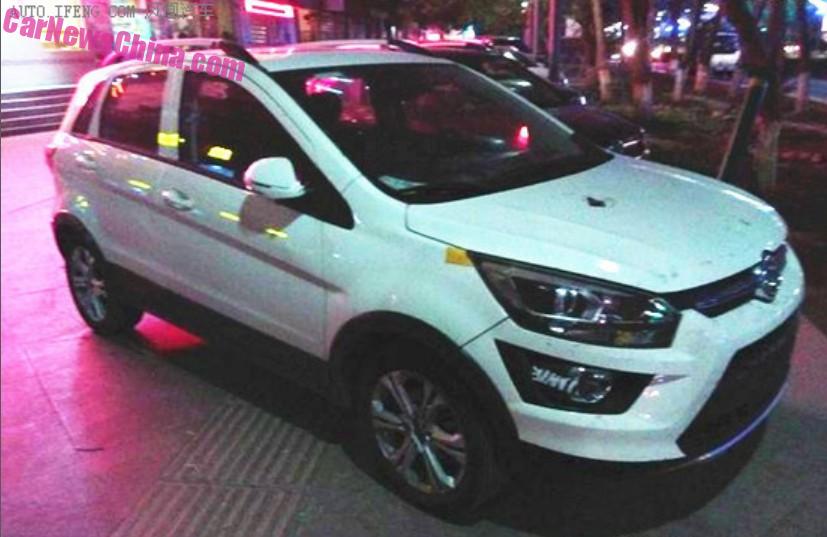 New Spy Shots of the new Beijing Auto Senova X25 SUV, looking good in white at night. The Senova X25 is a small crossover-SUV based on the Senova D20 hatchback, it will be launched on the Chinese car market in Q4 and positioned under the upcoming Senova X45 and Senova X55.

Large rear lights, an integrated roof spoiler, and very useful roof rails, just like a proper crossover SUV should have.