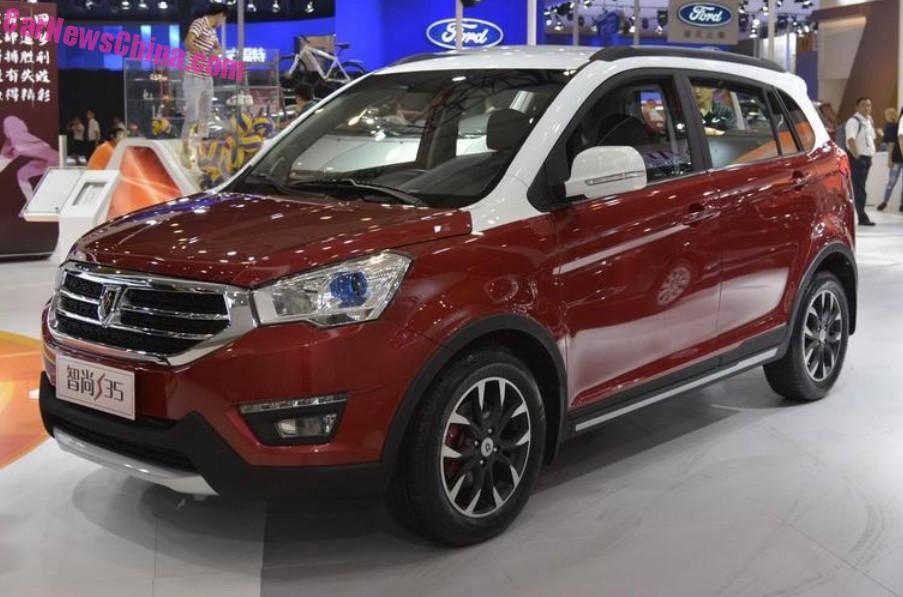 Jinbei is a brand under Brilliance Auto, famous for its minivans and small buses, the S30 was Jinbei’s first passenger car and this Zhishang S35 is now number two, although we strongly suspect the S35 is actually the successor of the S30, which will then quietly die within half a year or so. Chinese car makers love to sell various versions of one car right next to each other, dumping the old one on the cheap as long as there is demand, and asking a small premium for the new car. 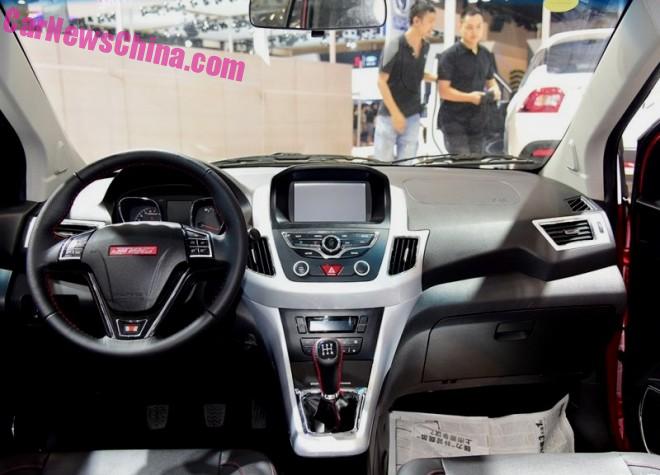 Basic design of dash the same as in the S30, but with a new instrument cluster, a larger screen, new buttons in the center console, and sporty red stitching all over the place. The Zhishang S35 will be available with the same engine as the S30: a 102hp 1.5 petrol four mated to a five-speed manual or five-speed automatic. 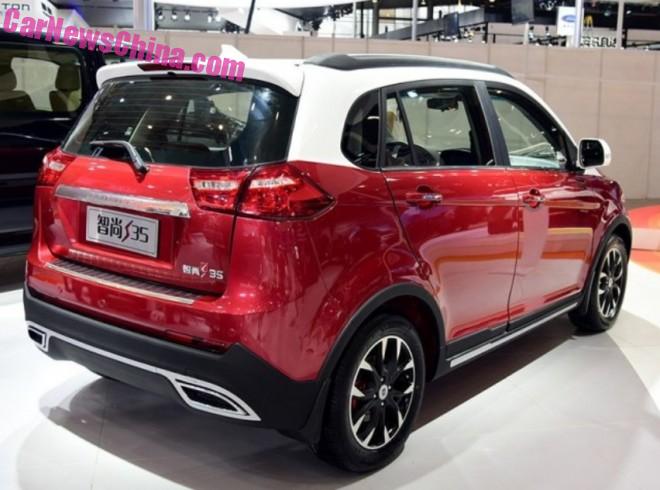