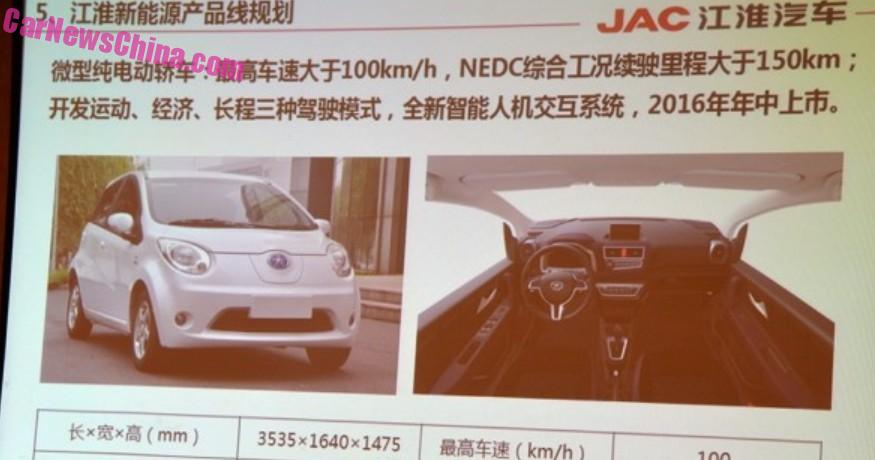 JAC is going green with two new electric cars and a hybrid. First up is a new electric variant of the JAC YueYue minicar. JAC already had an electric demo project with the YueYue in 2010, but it didn’t lead to anywhere then. The new one will be mass market, to be launched mid 2016.

Top speed is 100 kilometer per hour and range is 150 kilometer. The body looks a tad flatter and the interior gains a small screen on top of the dash. The YueYue EV will compete head to head with the Chery eQ EV., price including subsidies will start around 60.000 yuan.

Next up is the JAC S20 iEV, based on the soon to be launched and slightly delayed JAC Refine S2 SUV. The exterior gains some blue detailing (blue = green) at the front, but the interior is the same as the petrol-powered car bar for the drive selector. Top speed is 140 kilometer per hour and range is 250 kilometer. The JAC S20 iEV will launch in the second half of next year. 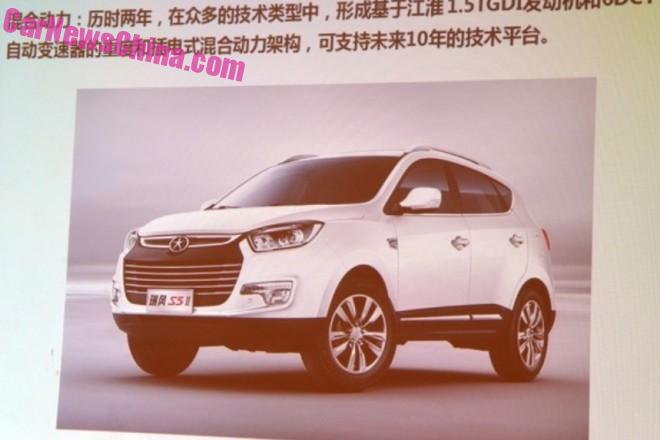 The new dual-mode hybrid will be based on the JAC Eagle S5 SUV. Petrol engine will be the existing 1.5 turbo with 174hp, mated to a six-speed DCT. No details yet on the electric motor. The JAC Refine Eagle S5 hybrid will hit the market sometime late next year.