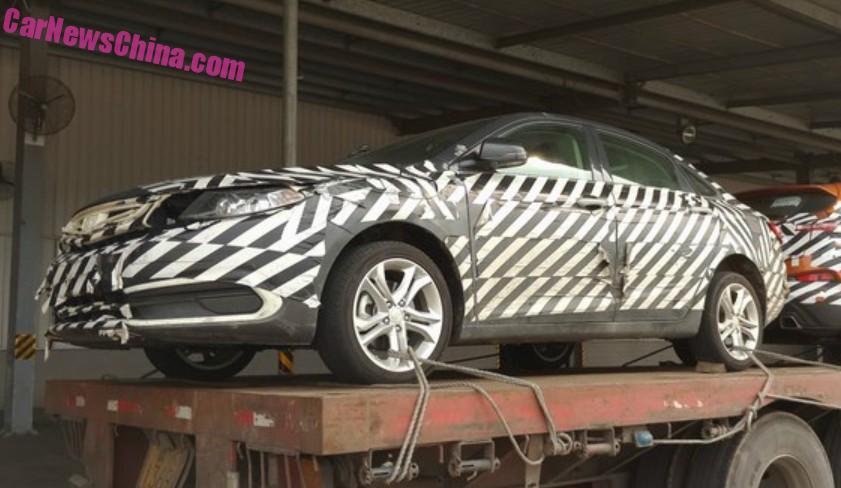 New Spy Shots of the yet nameless Geely Emgrand compact sedan, the production version of the Geely Emgrand Concept that debuted in April on the Shanghai Auto Show. The new sedan is seen here standing on a flatbed truck, and that orange car behind it is the Emgrand Cross/S7.

The sedan will debut on the Guangzhou Auto Show in November with a launch on the Chinese car market in the first quarter of 2016. It will be available with two four-cylinder petrol engines: a 1.3 turbo with 133hp and 185nm mated to a 6-speed CVT, and a 1.5 with about 150hp mated to a six-speed manual or six-speed automatic.

The Emgrand sedan is basically the sedan-version of the mentioned Emgrand Cross/S7. The platform that underpins them will also underpin a range of new small Volvo’s that are set to compete with cars like the Audi A3 and the BMW 1-Series. These Volvo’s will be manufactured in China. 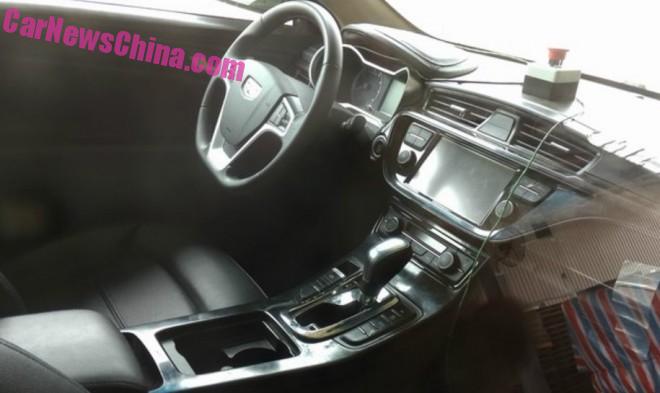 Dash exactly the same as the the S7 and in the NL-3/Boyue SUV. k. Flat-bottomed steering wheel. Large screen in the center console. Lots of shiny around the gear lever. 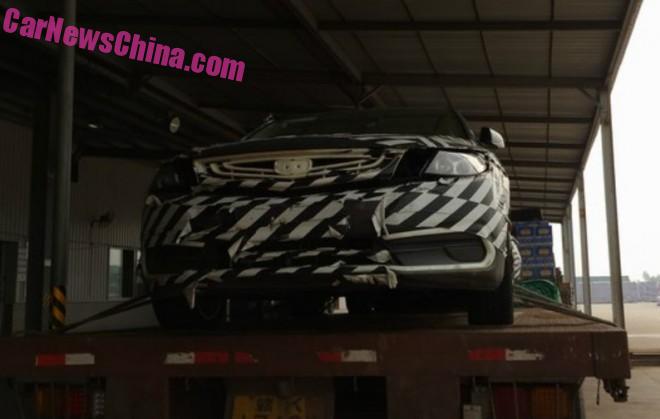 The front with the new Geely family grille. 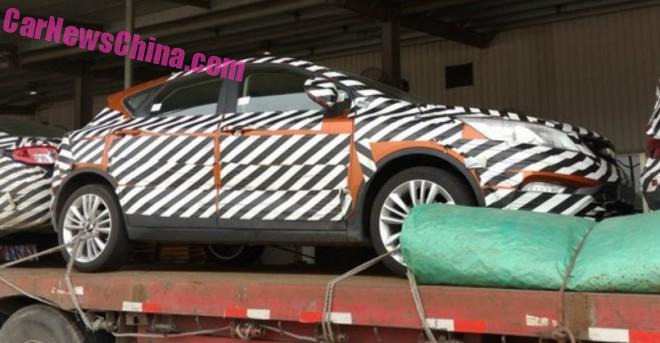