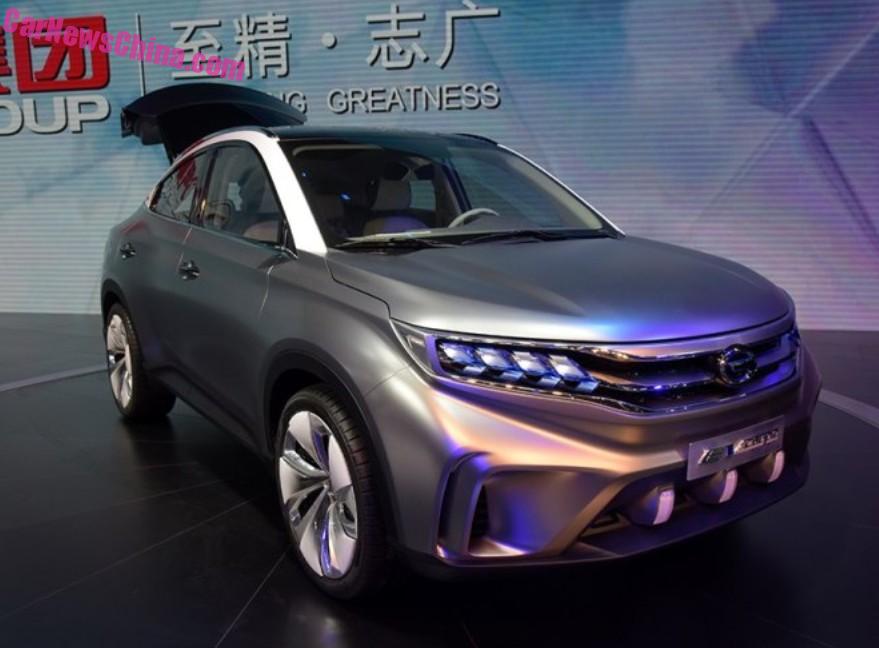 The Guangzhou Auto Trumpchi EV Concept debuted today on the Guangzhou Auto Show, previewing a future sporty compact SUV BMW X4 style. The front looks very sharp with funky LED lights, a chromed grille, and a bumper with huge air ducts and three bumps in the middle. The backdoor is open, what is there to see…?

A giant flat screen in the back of the rear bench. But there is more on the floor: 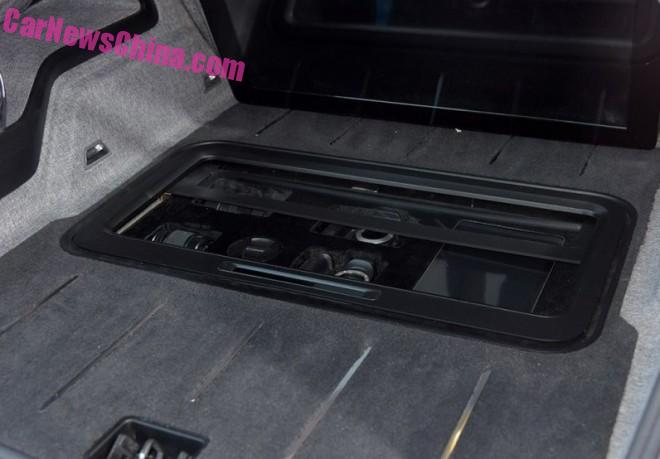 A storage compartment with a glass top. What is in there..? 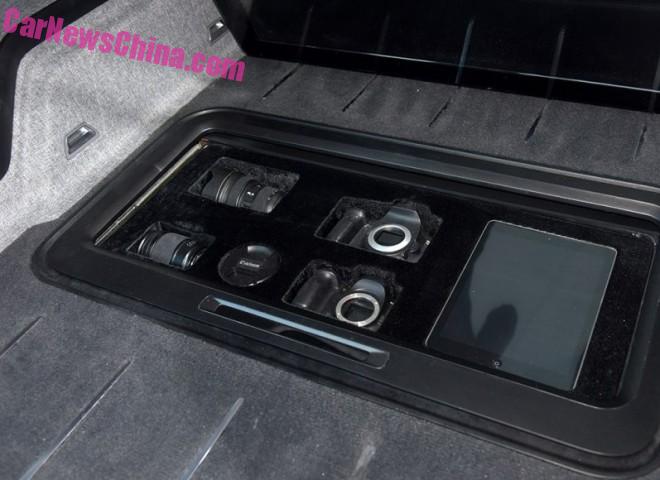 Two Nikon cameras with big lenses and an iPad. Guangzhou Auto is aiming at those young cool people that have a hobby, sticking their lenses into everything, and checking their pad at the same time. How hip and all. But what if you have luggage?! Like big bags or suitcases?! Or Ikea?! If you have any of that or all of those you won’t be able to look at the screen or to get your camera. The sheer stupidity. The incredible idiocy. Just un-bloody believable. Guangzhou Auto is on a stupid roll on their home show, they also had an electric GS4 SUV with exhaust pipes. But the iLounge is cool. 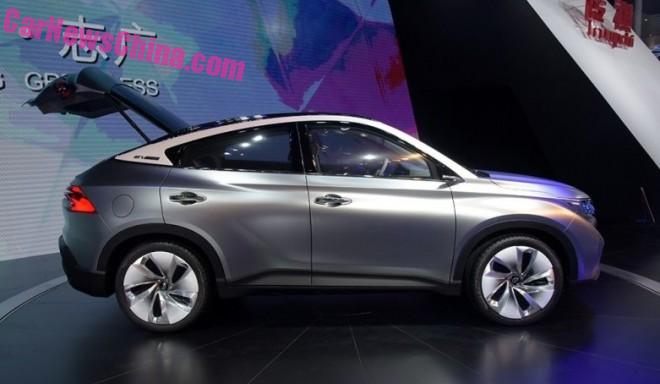 That all being said, let’s have a look at the rest of the car. Lift back tailgate, two tone color scheme, and black plastic around the arches for the desired crossover look. It actually looks pretty much ready for production, but Guangzhou Auto didn’t say anything about that. They did say that the electric motor has enough power for a 150 kilometer per hour top speed and a 0-100 in 9.8 seconds. Range is 240 kilometer. No word on horsepower or torque. The real car will likely get a petrol option too. 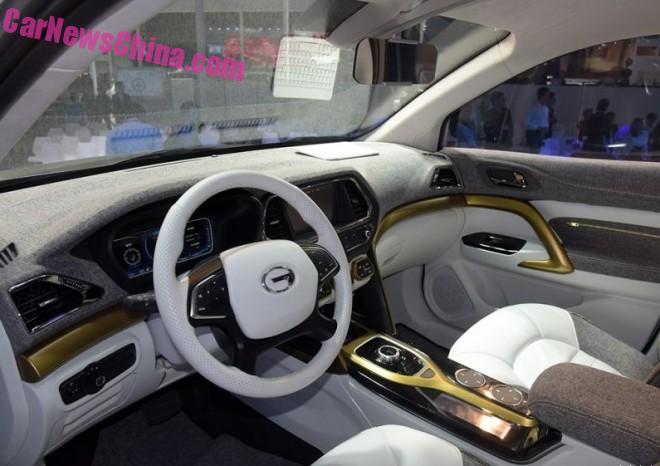 The interior is dressed up with stylish old-sofa fabric, white leather, and a lot of gold! We love. 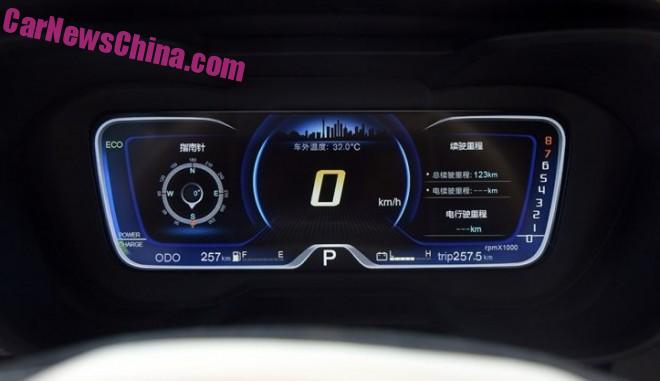 The binnacle is completely digital. Compass on the left; turn east to make a photo. 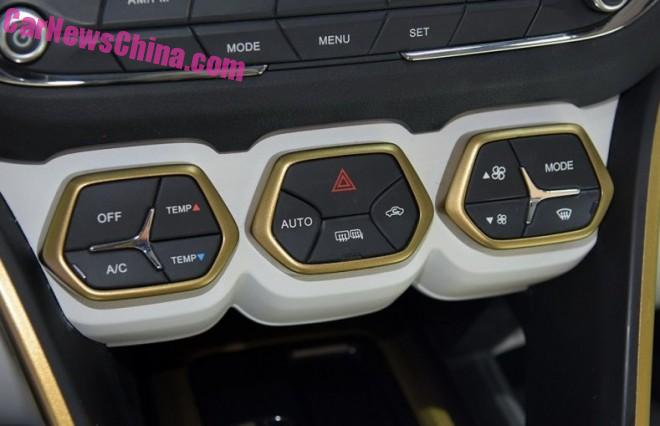 All control panels need to be in gold. 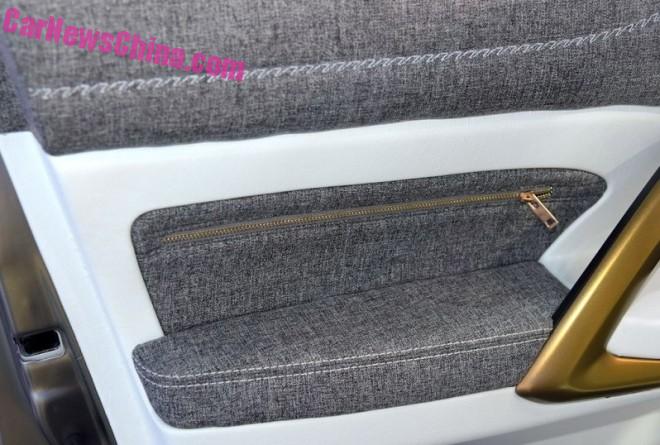 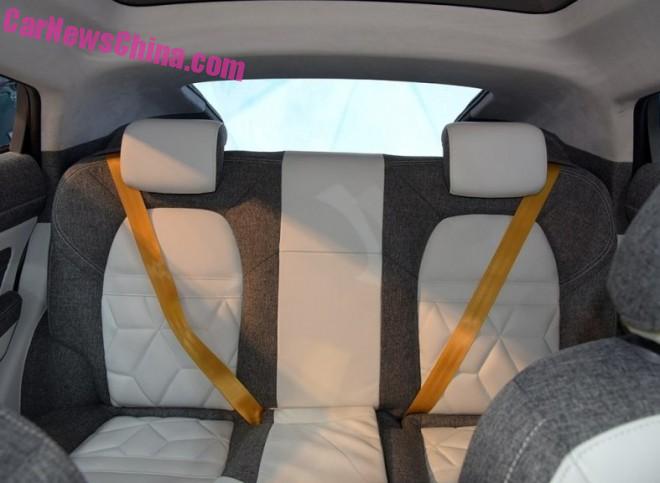 The rear seats in the same scheme, with the seat belts in gold. 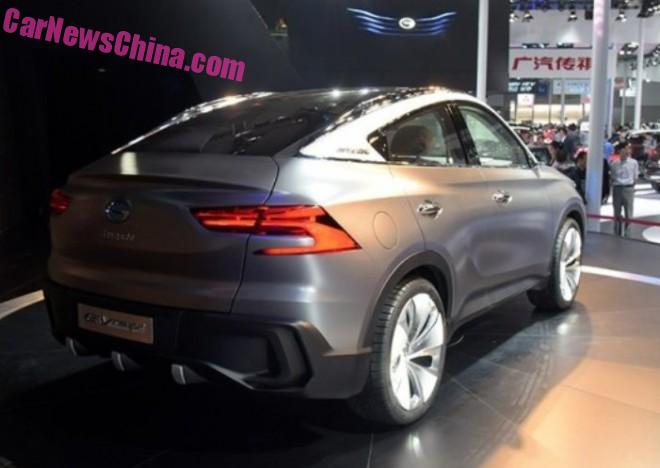 Finally they got the hatch down. Someone likely put a box of brochures inside. No more cameras… Small spoiler in the boot lid, lights are a tad too big and very red, and the bumper is big and black. Still, the overall design is looking good. 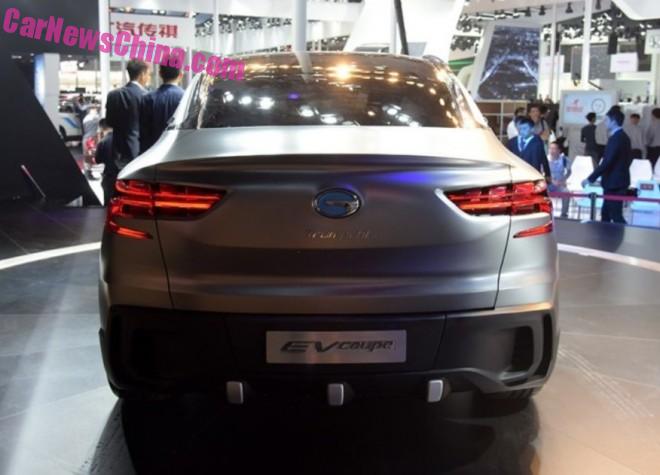 Got bumps under the bumpers again. 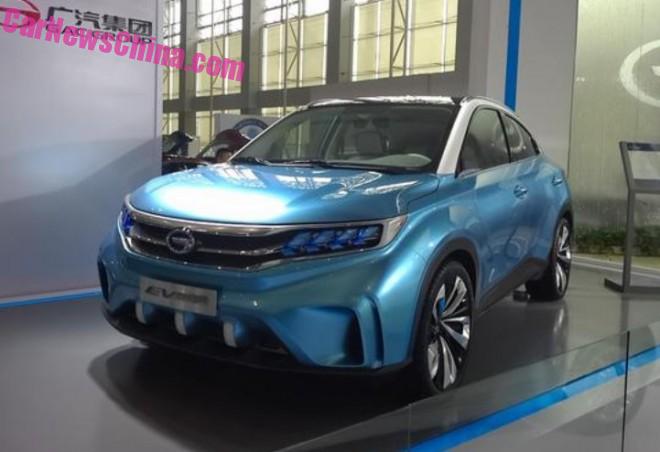 Interestingly, two Chinese car magazines saw a blue example of the same car. It was parked in the exhibition hall on a separate booth, but it was completely gone today. Lights are in blue too, and there is a blue thing on the wheel, and the mirrors seem a bit different. 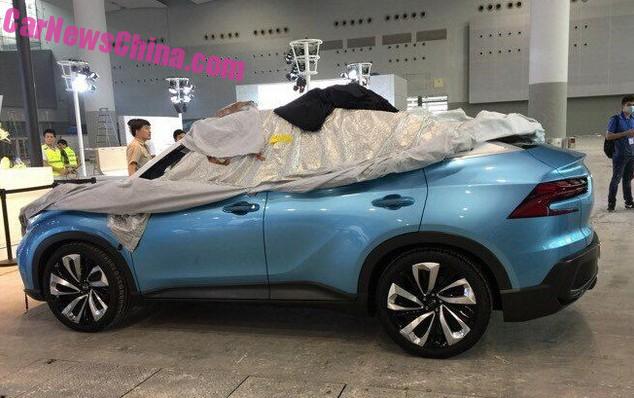 And the blue one under cover. So they probably got two, indicating again that production isn’t that far off. We hope they keep the gold, but they got to get rid of the camera nonsense.