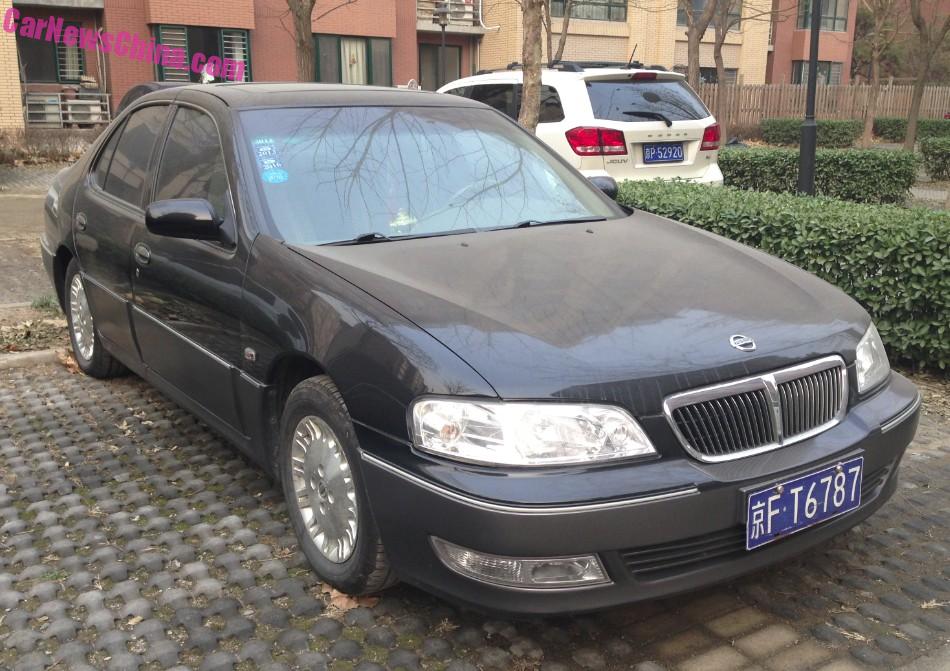 A beautiful black Nissan Bluebird EQ 7200-III, Spotted in China in the Dongba area in the far eastern suburbs of Beijing. The good Nissan was a bit dusty but otherwise in perfect shape; smooth paint, shiny chrome, nothing gone or broken, and original up until the alloys. 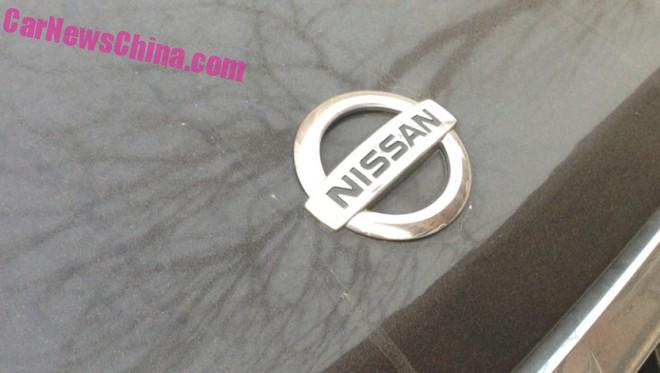 The Bluebird EQ 7200-III was manufactured in China by the Dongfeng-Nissan joint venture from 2004 until 2007, with a  small facelift in late 2005. The car on the photos is a rare pre-facelifted example. 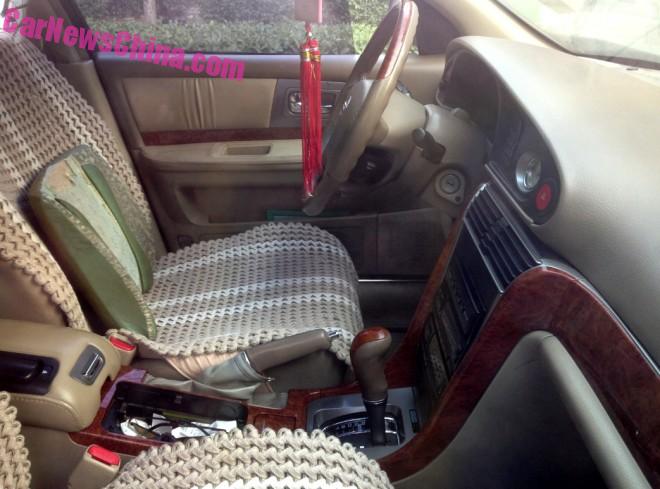 I have always liked the EQ 7200-III. It arrived just one year after I arrived in China, and it was good looking, luxurious, and somewhat exotic. This all extends to the interior, seen here in a very good shape, with a car phone in the arm rest, loads of real wood, leather seats that are covered by cheap-ass seat covers in this car, a fancy radio-CD player, and a seemingly expensive clock with a silver shiny edge. 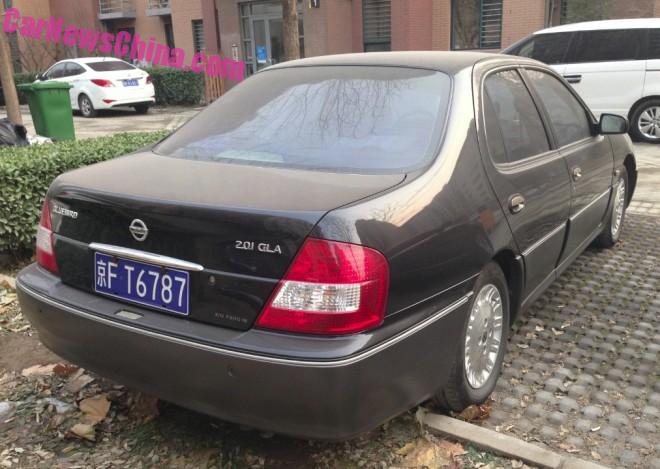 Very smooth lines and s subtle spoiler in the boot lid. Large rear lights and a chrome strip over the license plate. Almost every example came in this distinguished two-tone black-gray color scheme. When new in 2004 the Bluebird EQ 7200-III went for a steep 199.800 yuan, making it one of the most expensive sedans on the market at the time. 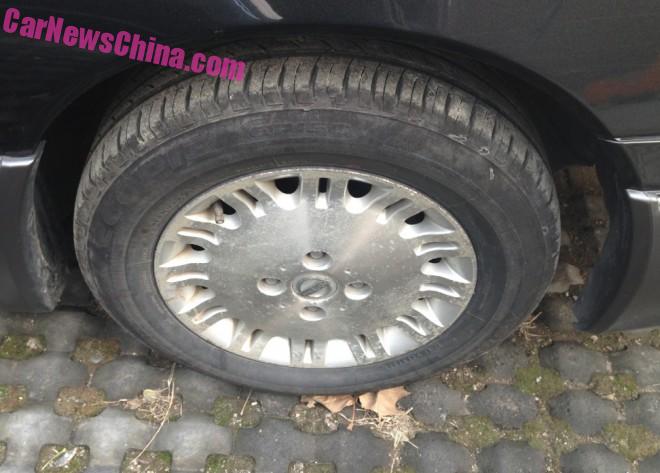 The alloys are a brilliant work, art almost, in polished-metal style. 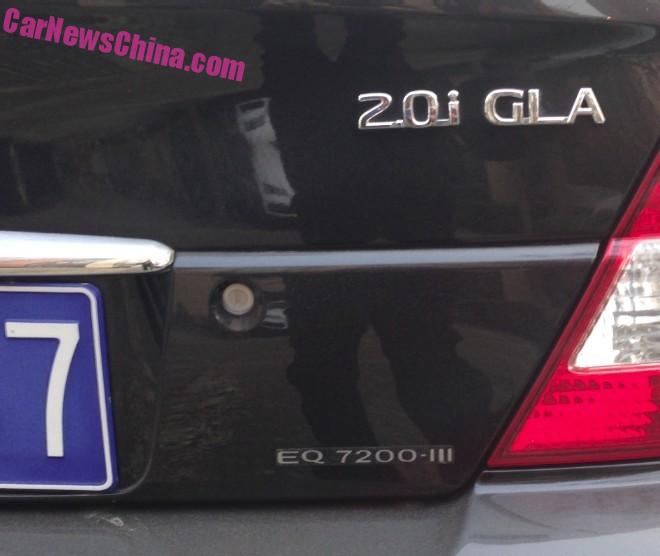 The Bluebird badge on the back, in English. The Bluebird name has recently made a comeback on the Nissan Lannia, whose Chinese name is ‘Lanniao’ (蓝鸟), which means Bluebird. This Chinese name was also used for the EQ 7200-II and EQ 7200-III. 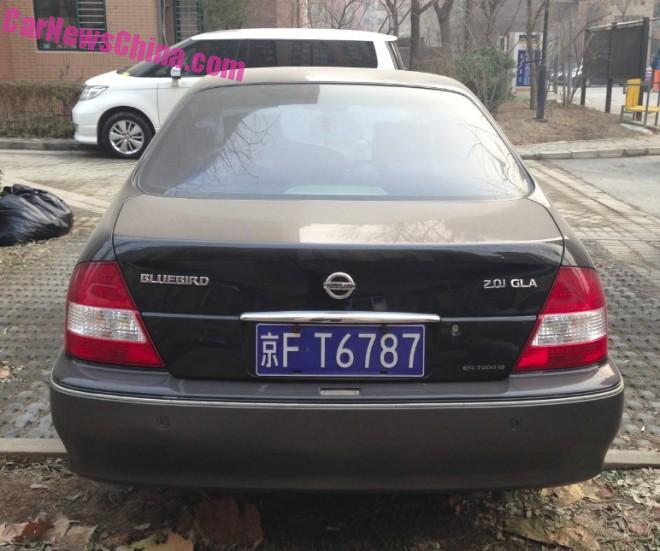 It is very special to see such an old Nissan in such a superb shape. The owner clearly loves and cares. 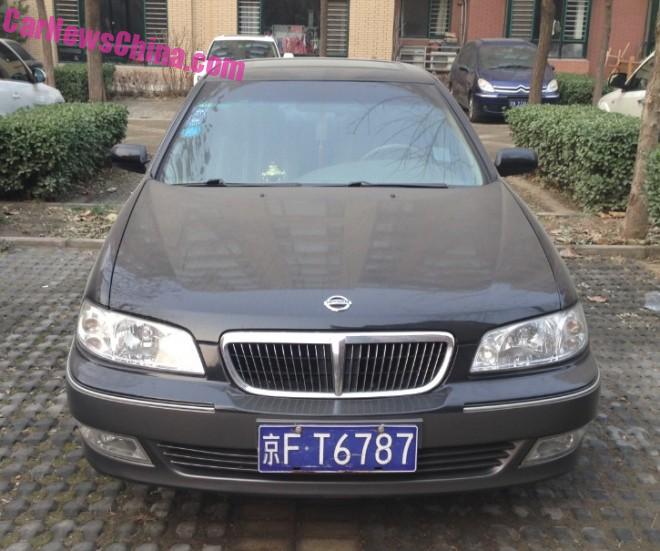 The Bluebird EQ 7200-III in China, may she fly and ride the roads of the capital for a long time coming!