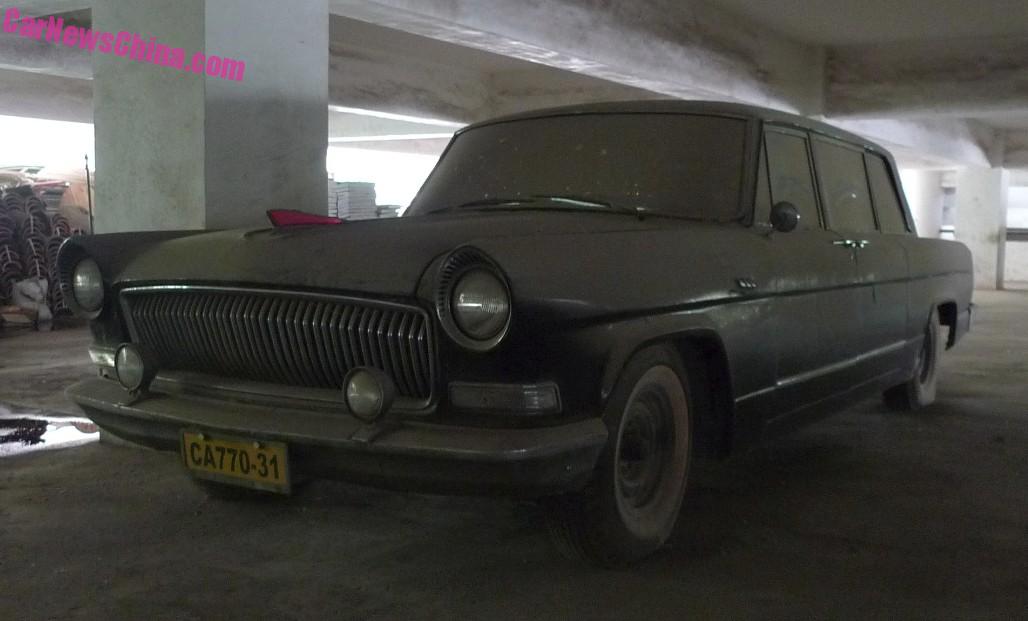 Two years ago I brought you the story about two extremely rare Hongqi CA770 state limousines that were found in Beijing. At the time I could only describe one car in detail. The second car had to wait for reasons of supreme secrecy. Until now. Here she is, covered with a thick layer of the capital’s finest dust! 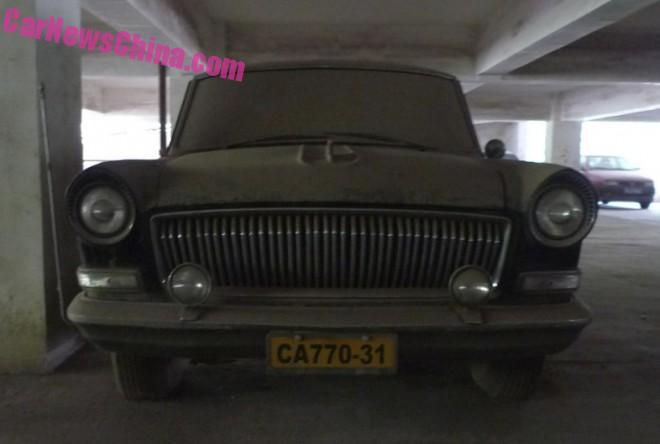 The second car was in far worse shape than the first. Tires were deflated, suspension was tires, the bodywork showed some heavy dents and bruises, and the interior was stripped of all the door panels. Still, the car was basically sound, and with some money time and love it sure can be restored to its former beauty.

Earlier on I wondered about the strange yellow plate. CA770 is obviously the model name, but what was 31? I eventually managed to track down the owner of both cars, and he told me that this particular car was indeed the thirty-first CA770 produced, out of a total run of only 847 cars.

The Hongqi CA770 was manufactured from 1966 until 1981. This ’31’ was part of the second batch and made in 1969. It was originally purchased by the Beijing municipal government which used it for some twenty years. It then went back to the factory where it was stored in a warehouse, and there it got the CA770-31 plate. In the late 1990’s the car returned to Beijing and eventually ended up in the hands of the current owner.

Note red car on the right in the background, that is a FAW-Volkswagen Citi Golf. 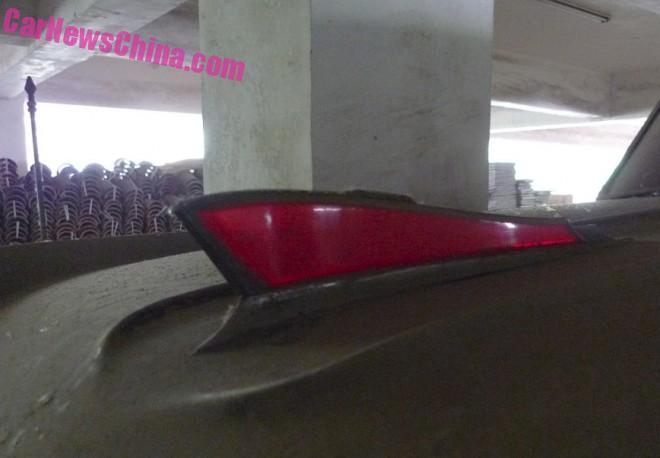 The Hongi ‘Red Flag’ hood ornament. The frame is made out of metal, the red part out of plastic. Flagpole bolted on the bumper. The pole on this car is high, almost 50 centimeters up from the body.

Today many of these brilliant cars are still stored in dusty warehouses deep under government buildings. Only a few dozen have surfaced, sold on first to state owned companies and hotels, and much later sold on again to a very small and very lucky group of private owners with the right connections. 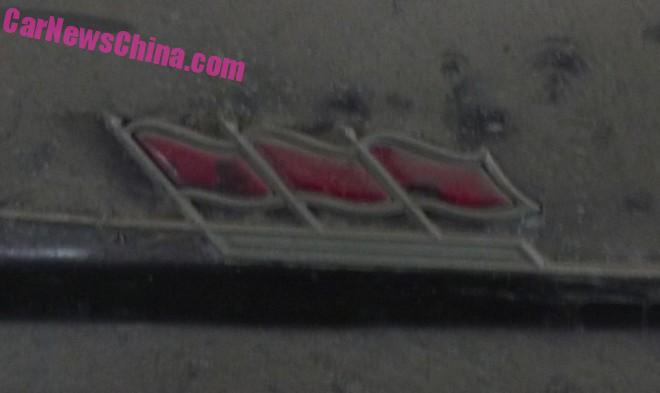 The three red flags stand for: Socialist Construction, Great Leap Forward, and Peoples Commune, the three main government programs at the time. The badge is a work of art. The frames of the flags are made out of metal again, and the flags themselves out of plastic.

White wall tires are original but the wheel covers are sadly missing. The CA770 was based on the platform of the 1950′s Chrysler Imperial. The bodywork was designed in China by First Auto Works (FAW), the owner of the Hongqi brand.

Power comes from a Chrysler-sourced 5.6 liter V8 with an output of 215 horses, sending power to the rear wheels via a four-speed automatic transmission. The horses are needed because the Hongqi CA770 is a giant of a car: 5980/1990/1620, wheelbase is 3720, and curb weight is 2730kg. Claimed top speed was 160 kilometers per hour, which is really not that bad.

The interior was very dusty too but overall in an excellent condition, except for those odd missing door panels, and the floor carpets are gone too. The interior is otherwise original up until the steering wheel, the instrument panel, and the radio. The wood is all real. The bench is covered here with a dollar. 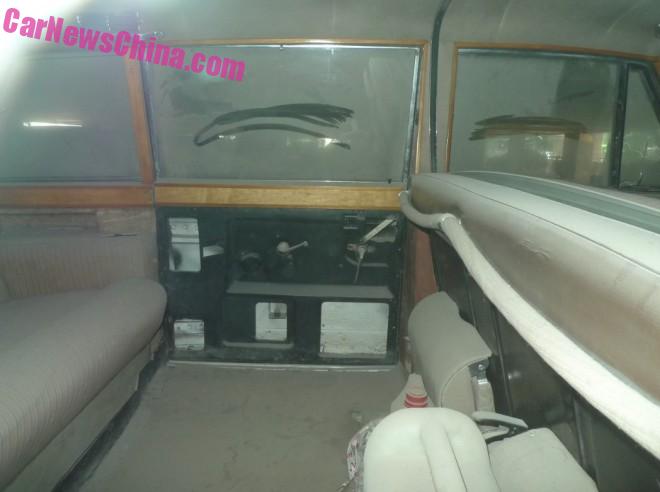 The CA770 is a state limousine and thus fitted with a sound proof divider, located in the back of the front bench. The divider is a thick glass window, the top of which is visible in the top of the bench. Two jump seats for servants, and a thick rope so they can hold on for dear life if the Hongqi hits a corner. 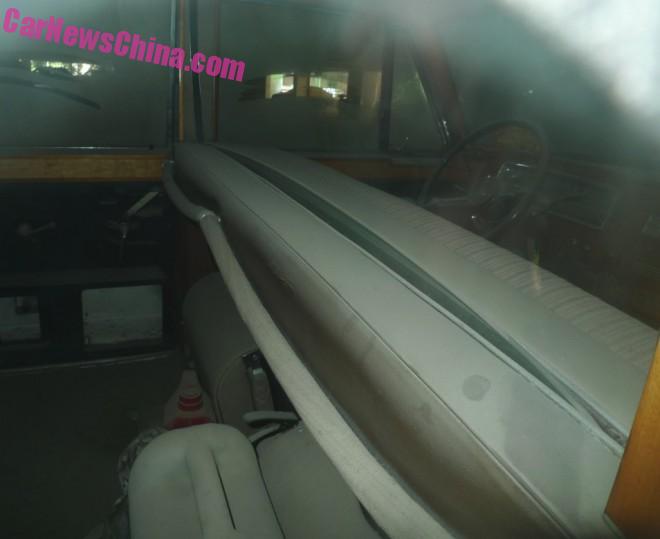 Looking forward, divider clearly visible here. The system is fully electrical, I have seen it in action on other CA770’s, moving it up takes about 30 seconds. 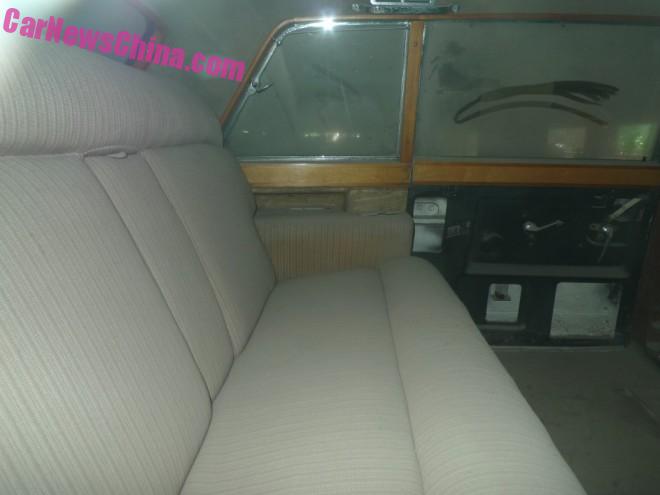 The rear bench for the VIP’s. Door panel missing again. Windows surrounded by wood panels. The fabric of the bench is in an amazing condition. This can’t possible be 1969 original, the bench was likely refurbished sometime later in its life. 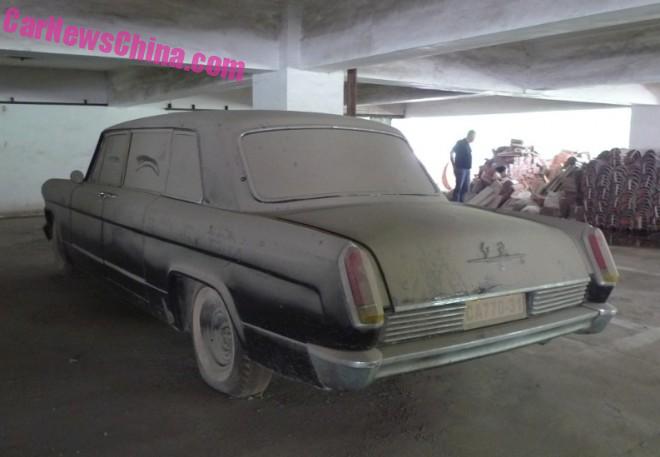 The chrome parts were all in place but in dire need of a careful cleanup. The famous taillights, shaped after classic Chinese lanterns, were in good shape. The chrome ribbed panels on each side of the license plate area are often gone or broken on semi-abandoned examples, but they looked solid on this car. 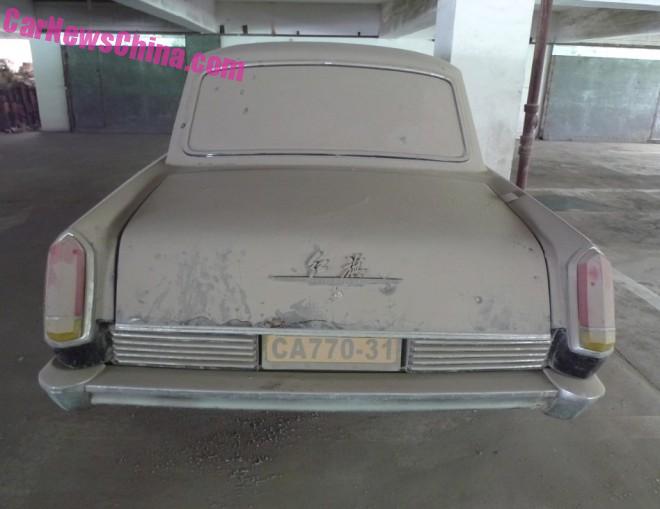 Sadly however, somebody had been kicking at the bodywork just under the badge, probably in an attempt to open the cargo compartment. Later on I asked the owner about this, but he denied all knowledge of any kick or damage. 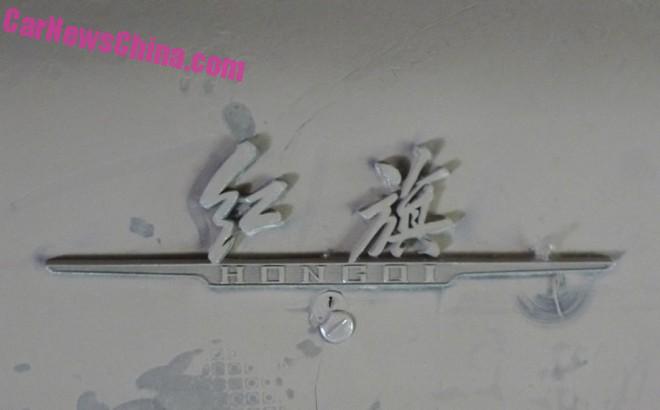 That’s a pretty recent shoe print down there! The lock looked forced as well. The beautifully designed Hongqi badge was in perfect shape. I also asked the owner what his plans were with his cars, was he going to restore them, drive them, open a museum, or whatever else. He was silent for a while and then told me he liked to have the cars right there, dusty and lonely in their parking lot. I didn’t ask why. 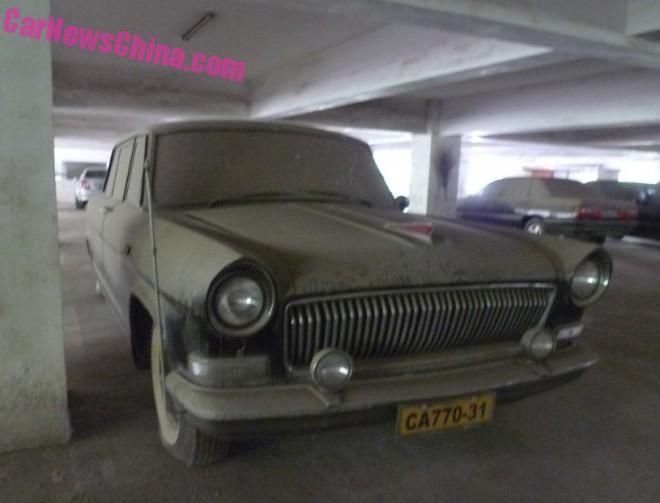 The 31th Hongqi CA770 state limousine of China. A true monument of a car. Let’s hope that one day she finds a better home. Black car on the left is an Audi-based Hongqi CA7220E, owned by the same collector, and too covered with a meter of dirty Beijing dust.