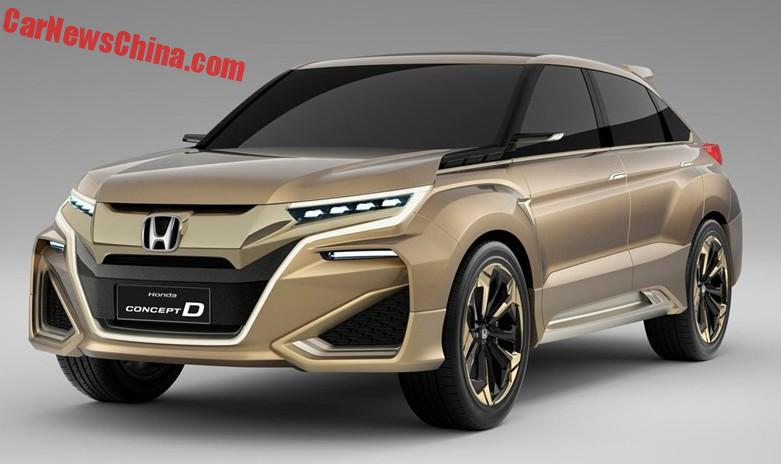 The production version of the Honda Concept D SUV will debut on the Beijing Auto Show and launch on the Chinese car market in Q4. The ‘D’ will be manufactured in China by the Guangzhou-Honda joint venture. It will be positioned above the Honda CR-V to compete with cars like the Ford Edge, the Toyota Highlander, and the upcoming Volkswagen CrossBlue.

Power will come from a 2.0 turbo and a naturally aspirated 2.4, both petrol, mated to a six-speed automatic transmission with either RWD or 4WD. The basic shape will remain the same as the concept’s but the grille, headlights, and bumpers will see some changes. Price will start around 250.000 yuan and end around 425.000 yuan.