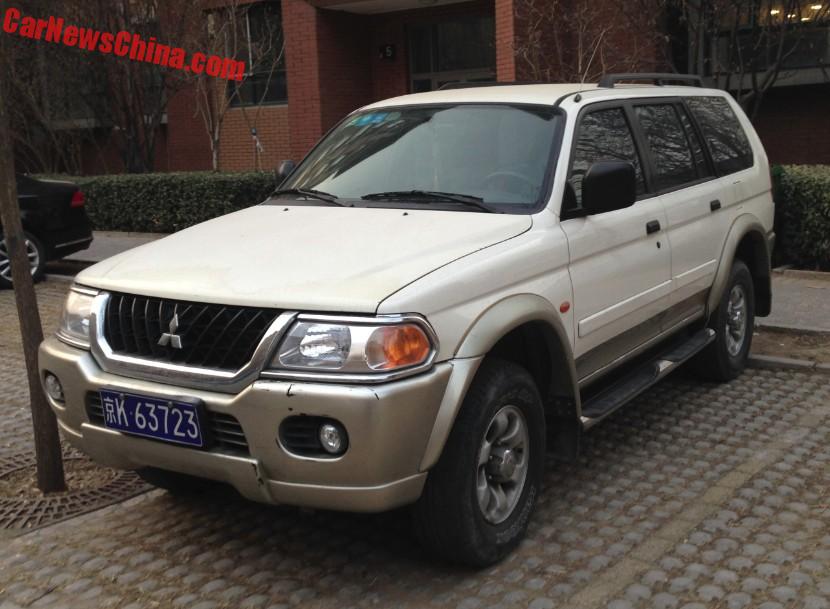 This is the Beijing-Jeep Mitsubishi Pajero Sport, Spotted in China on a parking lot just meters from my home in the east of the capital. The good Mitsu’ was in fine shape but in need of some urgent maintenance to fix the many small bruises, like those on the bumper. But we fear help will be hard to find, as the company that made this car does not exist anymore.

The Pajero Sport was manufactured in China from 2003 until 2008 by the Beijing-Jeep joint venture. This company also made the Cherokee XJ and the Grand Cherokee.

It started business all the way back back in 1984 as a joint venture between Beijing Automotive Industry Corporation (BAIC) and American Motors Corporation (AMC). When Chrysler bought AMC in 1987 is became the new partner in Beijing-Jeep. This continued until 1998 when Chrysler merged with Daimler to become DaimlerChrysler.

From then on DaimlerChrysler was the new partner, but for the time being the Beijing-Jeep name continued. In 2000 DaimlerChrysler and Mitsubishi Motors agreed to form the DaimlerChrysler-Mitsubishi Alliance (wiki), where Mitsubishi was seen as the Asian component of the worldwide monster car company the Germans had dreamed up.

And that is how the Pajero Sport ended up at Beijing-Jeep, where is was designated ‘BJ2025’. Mitsubishi was dying to get a modern car into production in China, and DaimlerChrysler had a valuable joint venture on hand.

The Beijing-Jeep joint venture changed name to Beijing Benz-DaimlerChrysler Automotive in 2004. However, the Beijing-Jeep name continued as a brand, still making the Cherokee XJ, the Grand Cherokee, and the Pajero Sport. 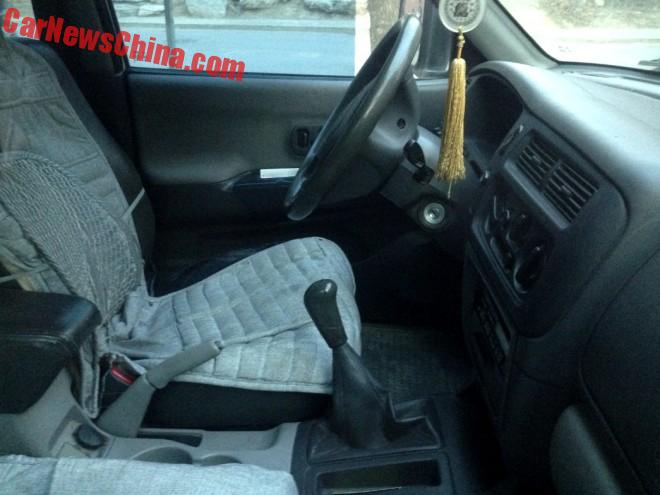 The interior was in a good shape but far too dirty. Crappy seat covers a typical Chinese after market addition.

In China; the Pajero Sport was available with two engines: a 175hp 2.0 V6 and the incredible famous 2.4 liter four ‘Sirius’ with an output of 162hp. This engine was made in China by a separate Mitsubishi joint venture that also sold it to zillions of smaller Chinese SUV and pickup truck makers, a practice that continues until today. The 3.0 V6 engine was imported from Japan and thus much more expensive because of China’s famously steep import taxes. 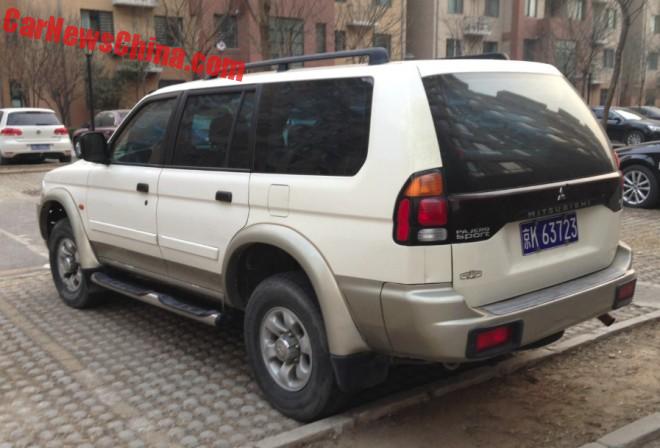 Darkened windows were a factory option. Alloys are original. 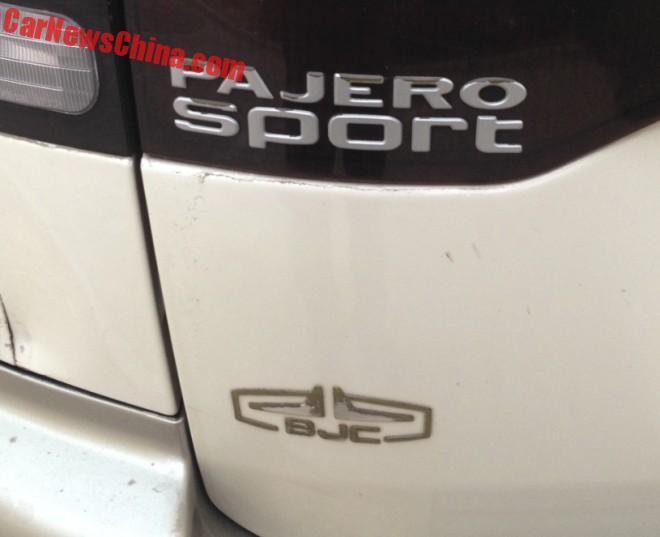 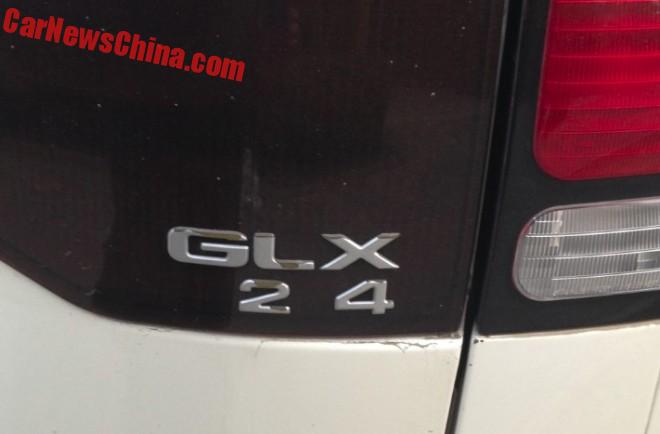 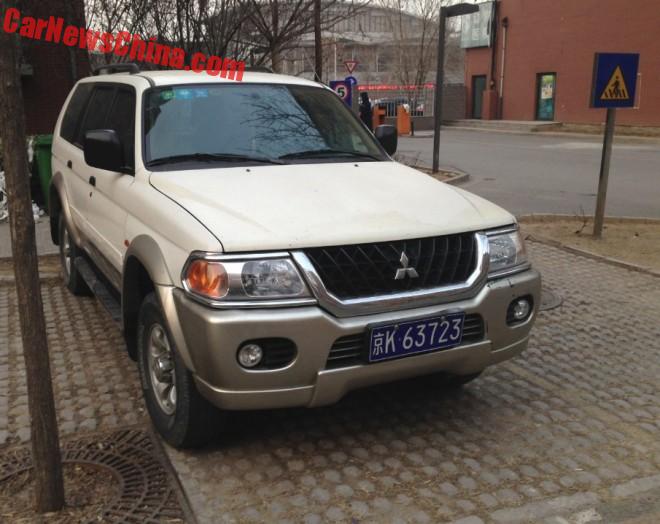 The Beijing-Jeep Mitsubishi Pajero Sport. A small but no longer unknown part of China’s car history.