This is the spectacular Windbooster Titan electric supercar from China 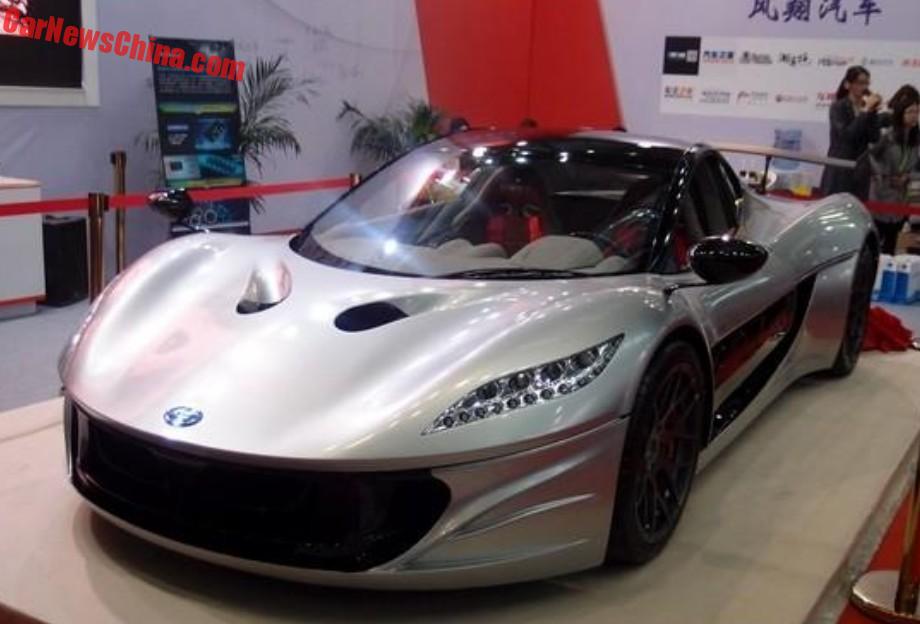 This is the spectacular Windbooster Titan electric supercar from China, it debuted over the weekend on the AAITF auto parts & tuning show in the great city of Shenzhen in Guangdong Province. The Titan simply looks stunning, screaming pure speed with every line and corner.

Design seems somewhat inspired by the McLaren P1 and various Lotus cars, but not too much.

The Windbooster Titan is a fully functional concept car manufactured by a Chinese company called Windbooster Car Corporation (web), which is fully owned by Cammus (web), a large maker of performance and after-market parts.

Cammus was founded in 2008 and decided to go into cars in 2014, with the Titan as the first result. The company plans to start with making a small series for track-use only, and then move on to making a road version. The concept shows the road version. 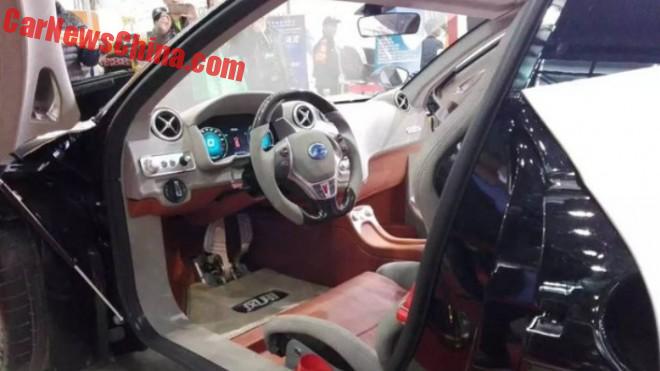 A racy interior with lots of leather, perforated pedals, and a flat bottomed steering wheel.

The Windbooster Titan is powered by two electric motors, one on each rear wheel, with a combined output of 500hp and a massive 1000nm (other sources say 980nm).

Battery power comes from two parallel-switched Panasonic 500V 72kWh lithium units. The battery pack is located just before the front wheels, giving the Titan a ‘mid engine’ layout. The chassis is based around a tubular frame made partly out of steel and partly out of titanium. 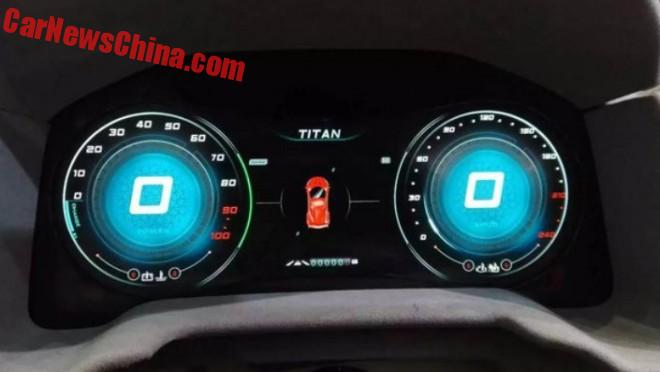 The instrument panel is fully digital. Power reserve meter on the left, and a speedo on the right. 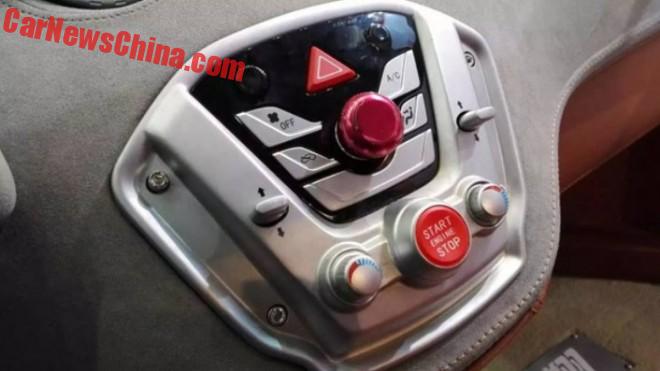 Buttons and switches are always hard to get right for a first-car concept from a non-car making company, but Cammus did reasonably well here. It looks techy and racy, and the big red start button is impressive. 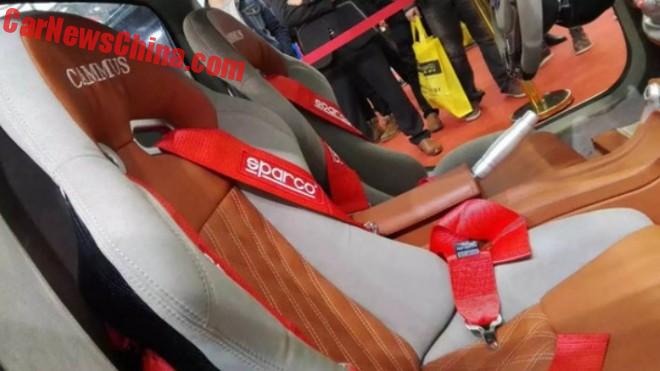 Sporty leather seats with Sparco belts and the Cammus logo on the headrest. 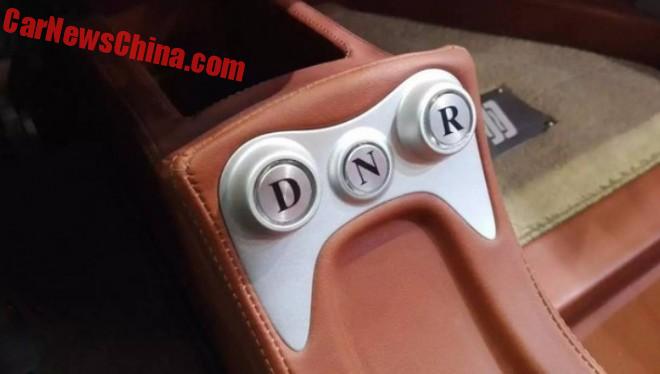 The drive selector on the center console. 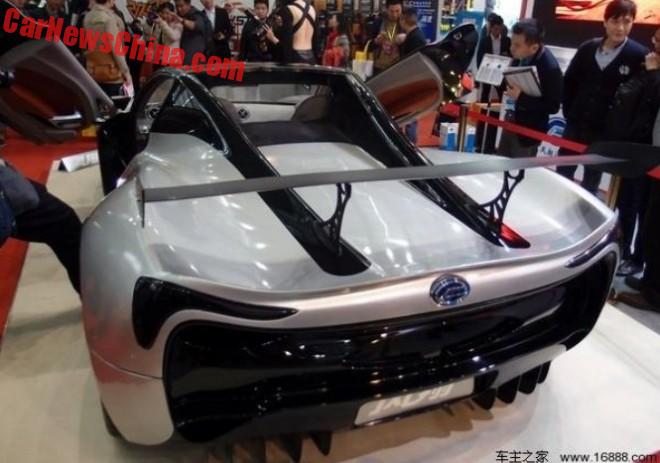 The rear with the stabilizer fins, a very wide wing on two tiny pillars, an all black bumper, and an eight-fin diffuser. 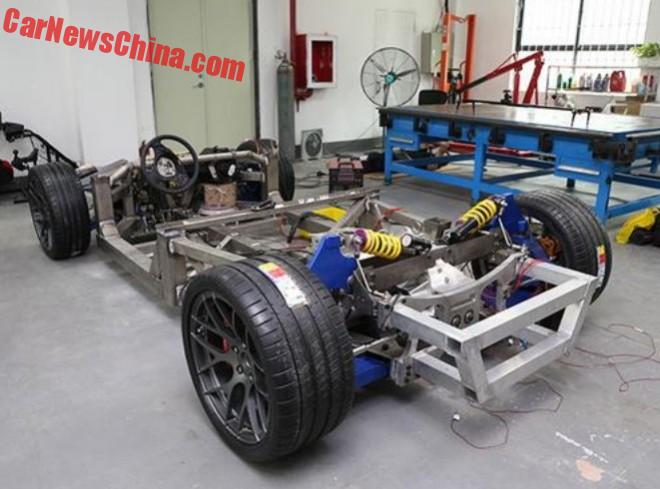 The chassis without the battery back. Pushrod suspension. 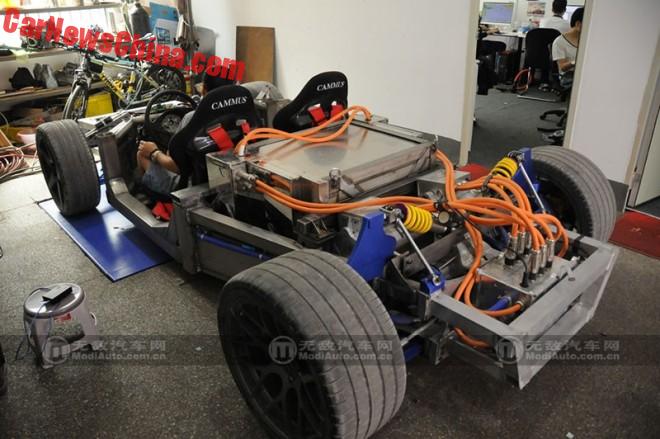 With the battery pack and wiring installed. 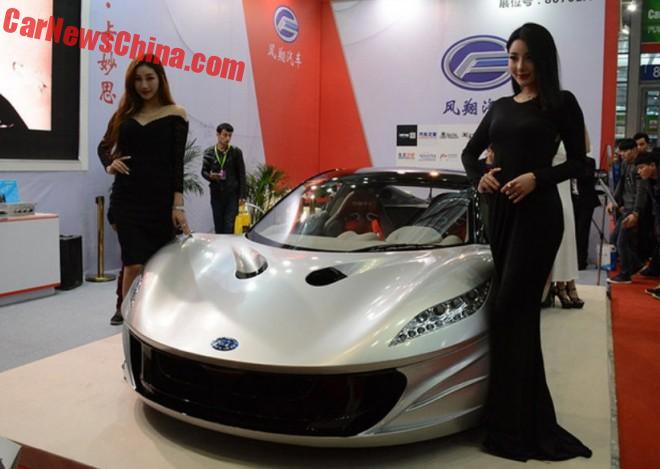 The Windbooster Titan is the latest in a string of new Chinese electric supercars of proposals therefore, including the Qiantu K50, the Thunder Power, and the controversial Youxia One. Will even one of them really hit the road..? We sure hope they will, all of them! 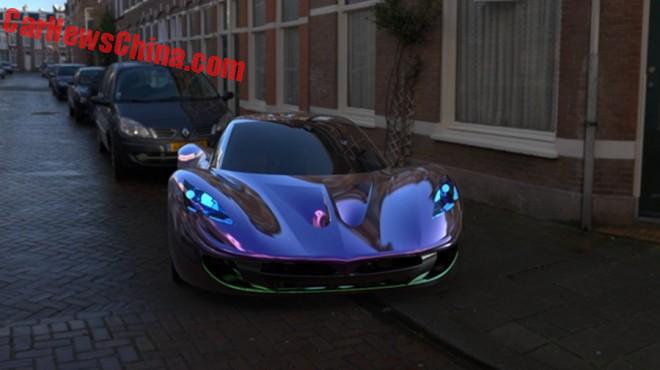 And we end this story with this sweet little photoshop from Windbooster’s own website. It shows the Titan standing on a not-too fancy street in the great city of Amsterdam in the Netherlands. I know, I hail from there. It is nice Windbooster choose Amsterdam for their promotional material, but what about a nice canal or a palace next time..?

More on the Titan soon!