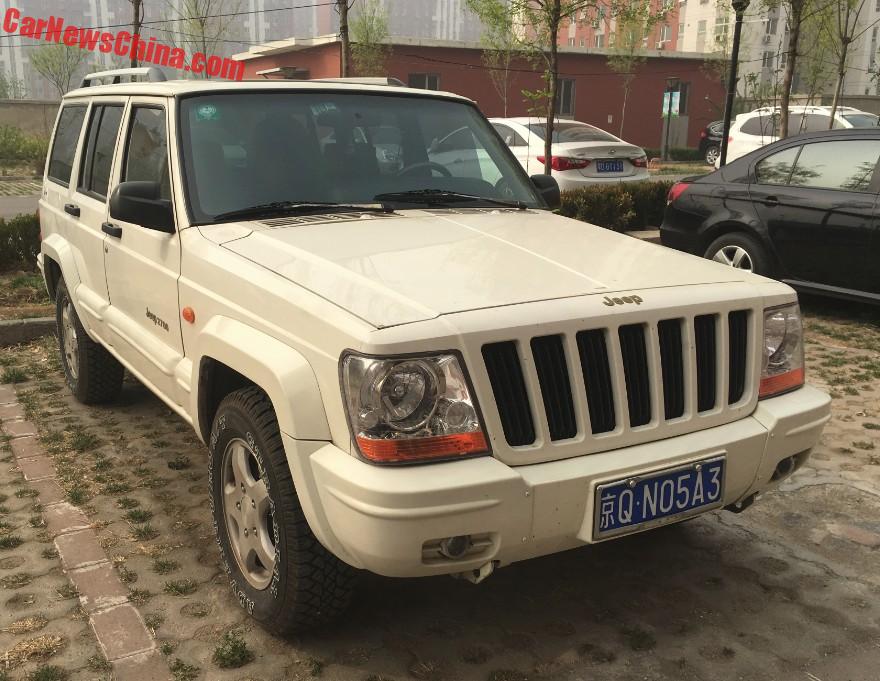 A wondrous white Beijing Benz-Chrysler Jeep 2700, Spotted in China in a compound in east Beijing. The good old Jeep was in a very good shape, clearly loved, with a smooth body and clean paint. Everything was original down until the alloys and up until the roof rack.

Beijing-Jeep started business all the way back back in 1984 as a joint venture between Beijing Automotive Industry Corporation (BAIC) and American Motors Corporation (AMC). When Chrysler bought AMC in 1987 is became the new partner in Beijing-Jeep. This continued until 1998 when Chrysler merged with Daimler to become DaimlerChrysler.

From then on DaimlerChrysler was the new partner, but for the time being the Beijing-Jeep name stayed on. That finally changed in 2004 when the name of the joint venture changed to Beijing Benz-DaimlerChrysler Automotive. The part of the joint venture that made Jeeps was renamed ‘Beijing Benz-Chrysler’ with the brand name Jeep, and that is how we get to this Jeep 2700. 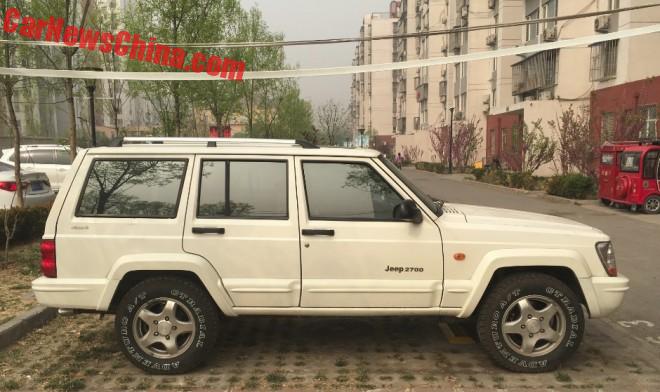 In absolute perfect shape, and it is very rare to see a 2700 so original, as most that are still on the road are modified beyond recognition. ‘Jeep 2700’ badge on the front door.

The Jeep 2700 was powered by a 2.7 liter four-cylinder petrol engine. This engine was an enlarged variant of the original AMC 2.5 liter four that served in the Cherokee and in the Jeep 2500. Output was 130hp and 232nm, transmission was a five-speed manual sending horses to all four wheels. Price in 2005 was 128.000 yuan. 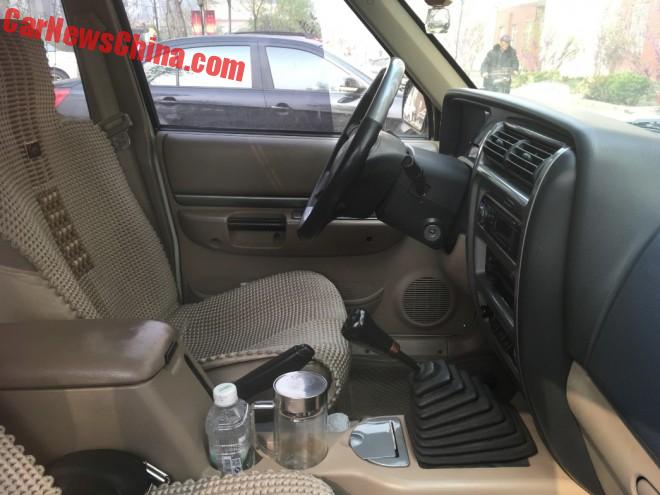 Interior is original bar for the seat covers. The 2500 and 2700 had a different dashboard than the Cherokee, modernized and with a much wider center stack. The dash was designed in China by the joint venture. The 2700 came standard with a radio-CD player. 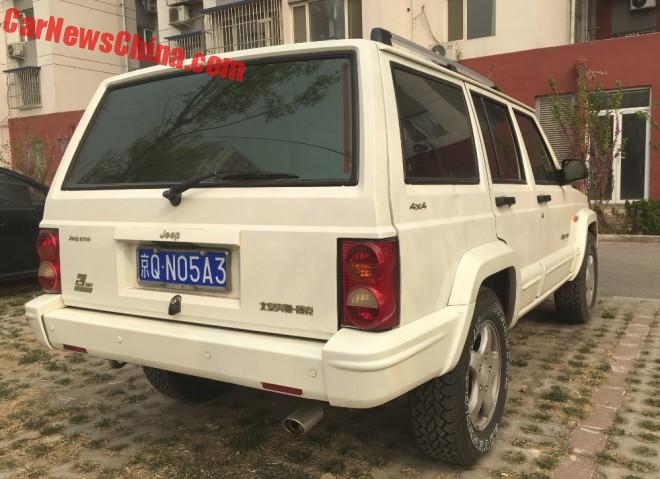 4×4 badge under the rear window. And check those tires!, they look brand new. 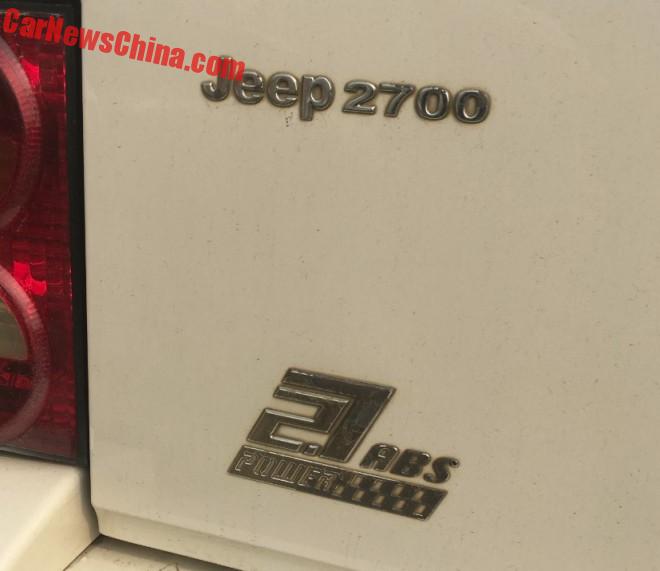 The surprisingly hip 2.7 ABS power badge was exclusively designed for the Jeep 2700. The 2500 didn’t have something such cool. 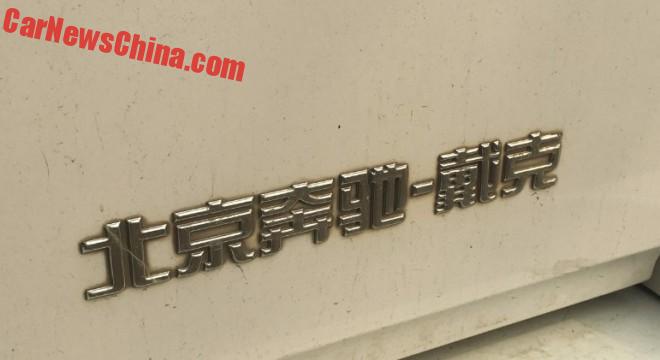 The name of the joint venture: Beijing Benchi – Daike, or Beijing Benz -Chrysler. 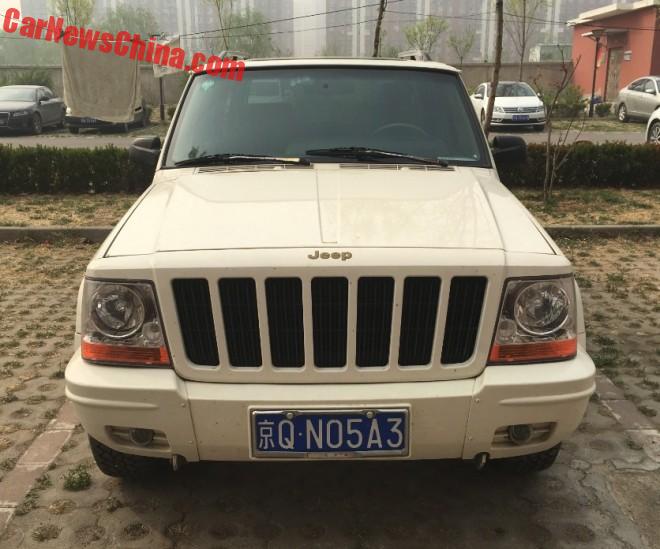 Jeep badge on grille top. A beauty of a car and now part of China’s colorful automotive history. May this great white example roam the roads of the capital forever!