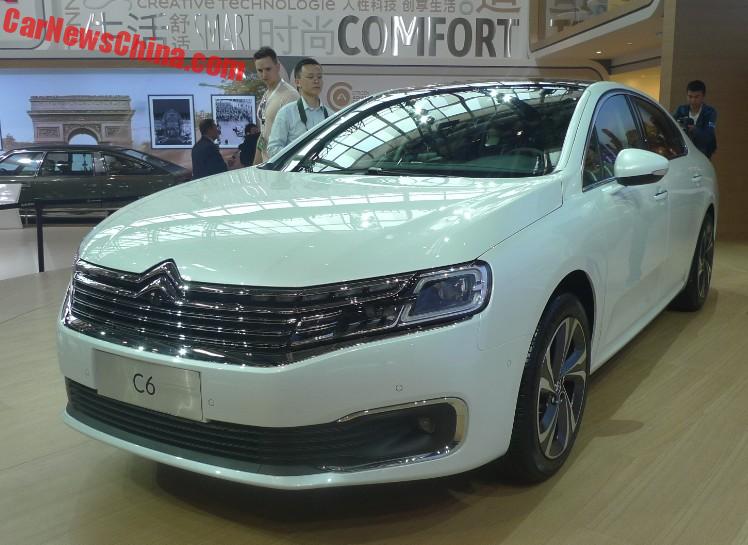 The Citroen C6 has been launched on the Beijing Auto Show, featuring absolutely crazy grille with the double chevron logo integrated in the top end. The lights are all LED. The lower bumper has a shiny hook on each side. This car has quite some presence, especially in this light white color.

The wheels however could be a little bigger. They seem to swim in the arches, and they are too narrow too.

The Citroen C6 and the Dongfeng Fengshen A9 will be manufactured alongside each other by the Dongfeng-PSA joint venture. They are both based on the PSA EMP2 platform, which will also underpin the upcoming Citroen DS9 sedan which is scheduled to arrive in late 2017. 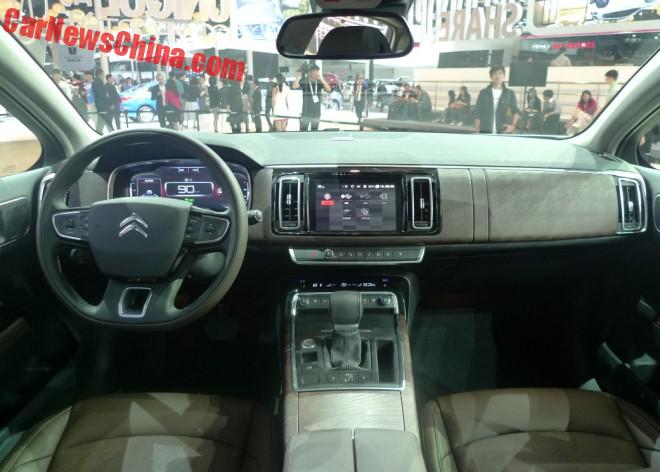 The dash looks great with brown leather seats but without a single piece of wood, unlike in the Dongfeng. The all digital instrument panel is very good looking, but the central touch screen is a tad too small for 2016. Steering wheel is the same as in the Dongfeng. Vertical air vents are nice. 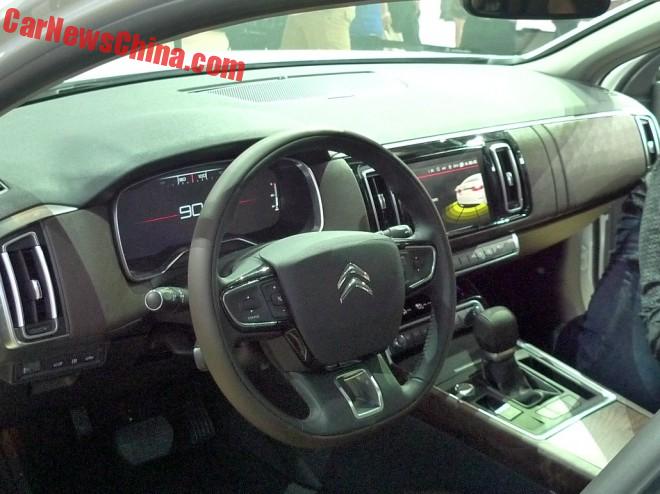 Not much chrome, no wood, cheap rubber pedals. I was a little bit underwhelmed. 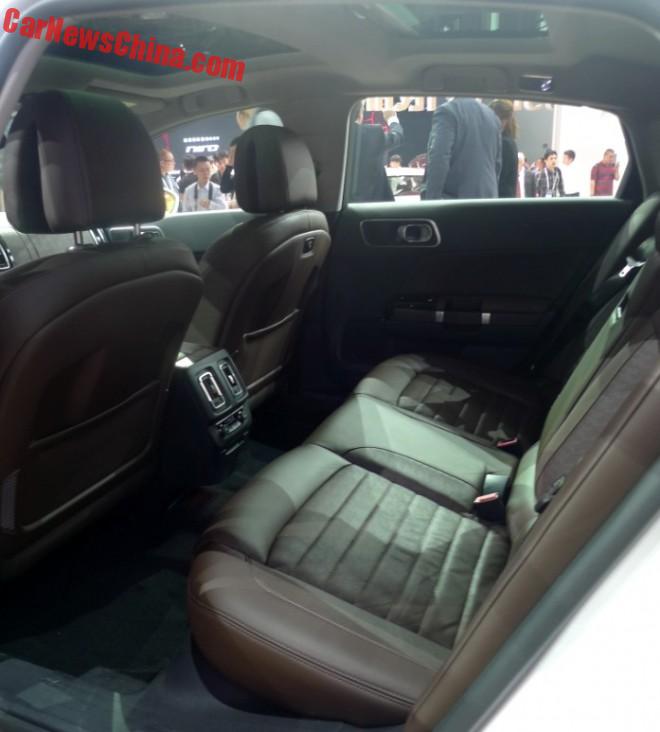 The leather of the bench looked rather worn already, sure a lot of media folk sat on it, but it was only around 14:00 in the afternoon, and this was presumably a brand new car. No rear-seat entertainment system, no fancy armrest. Most exciting thing are again the vertical vents. 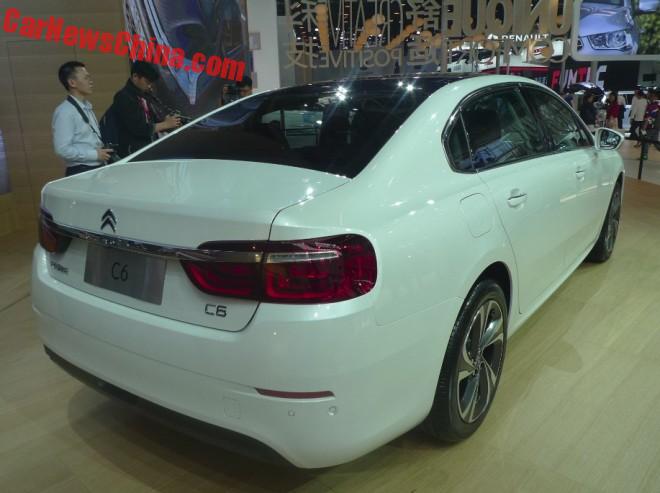 Rear lights are old fashioned giants, but fashionable connected by a thick chrome strip that ends up in said lights themselves. 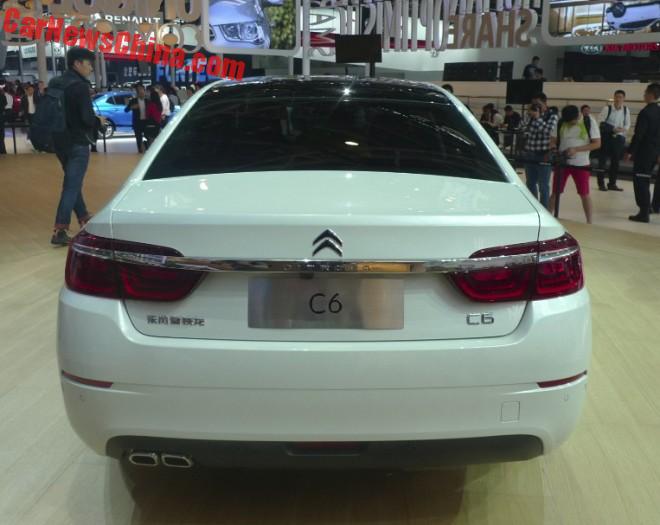 Exhaust pipes almost too simple for a car in this class, let alone for a Citroen. Two tiny little pipes on the left, whereas the Dongfeng has a fat pipe on each side. 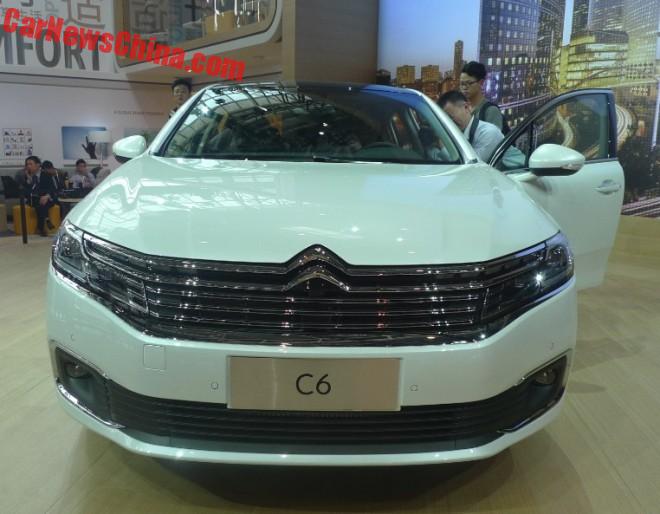 Grille is good, grille is God. 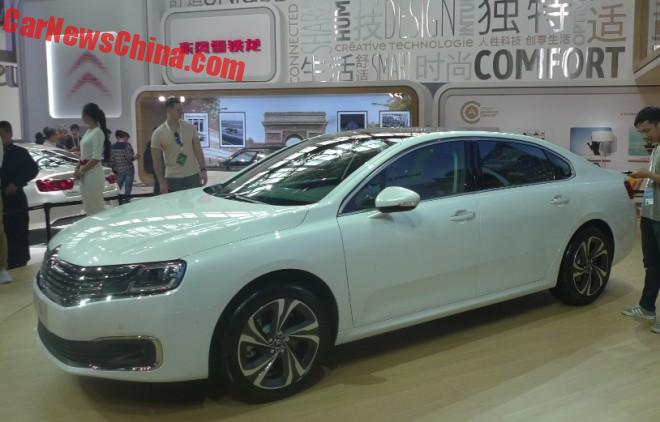 The new Citroen C6 for China, a nice big car with a big shiny grille, but otherwise not overly interesting.