This Is The Jiangling Yusheng S330 SUV For China 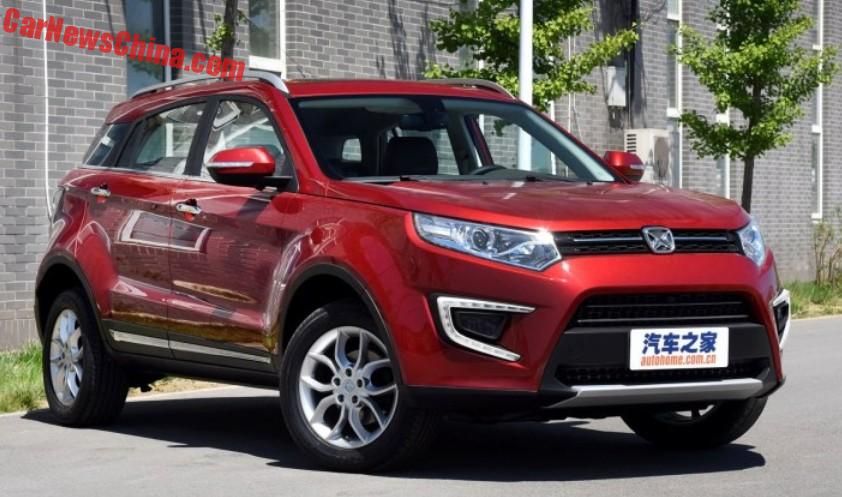 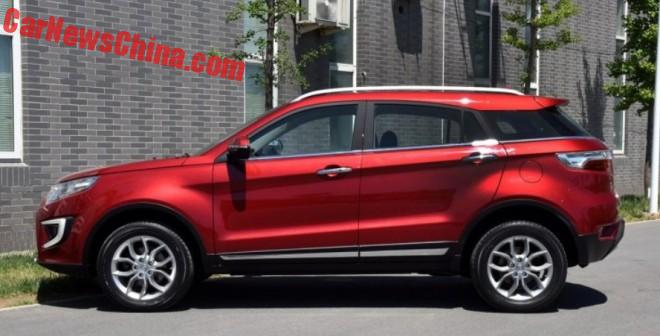 It has become quite an attractive little SUV, with a floating roof line, large and usable roof rails, and black wheel arches. The wheels themselves however could be a bit bigger. 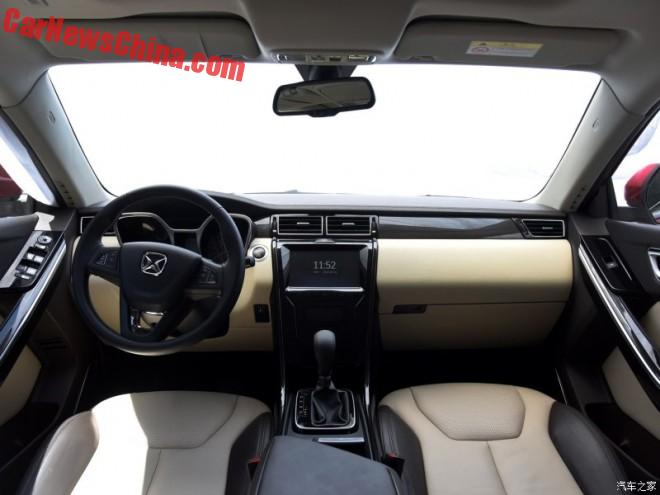 The interior is nice too with a beige over brown color scheme, faux wood panels on the dashboard, a large touch screen, and a wildly shaped instrument binnacle. 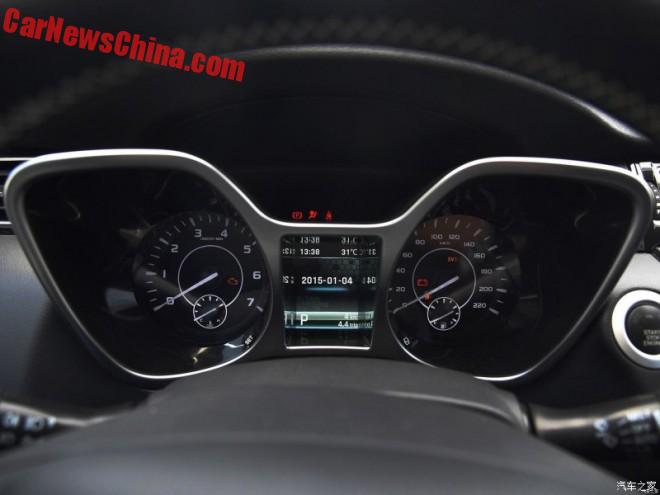 Here it is! With a cool looking screen in the middle. Rev counter for racing! Well, 163 horses in such a relatively small car should make for some speed. Jiangling claims 180 km/h. 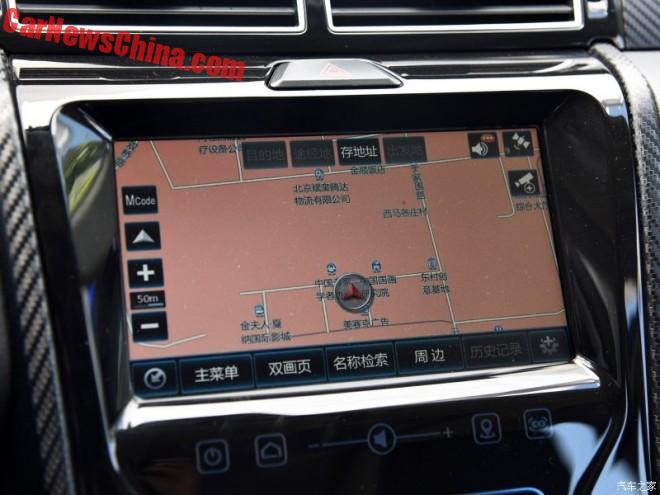 The screen in action. Nice fake-carbon fiber panels on the sides. 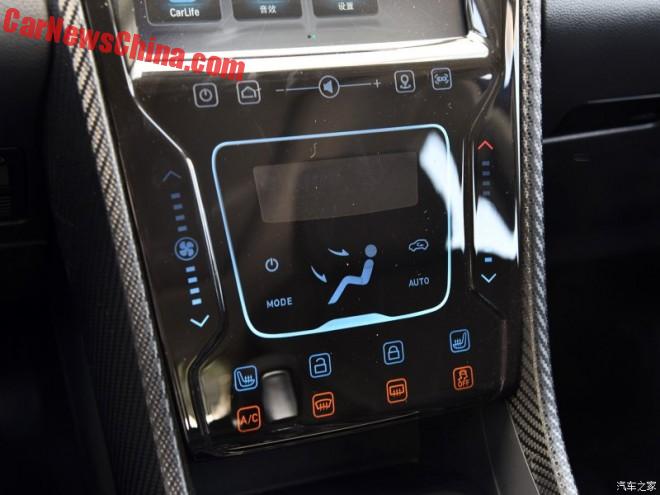 The rest of the center stack is interesting too. All buttons and sliders are touch; very tech, very cool. 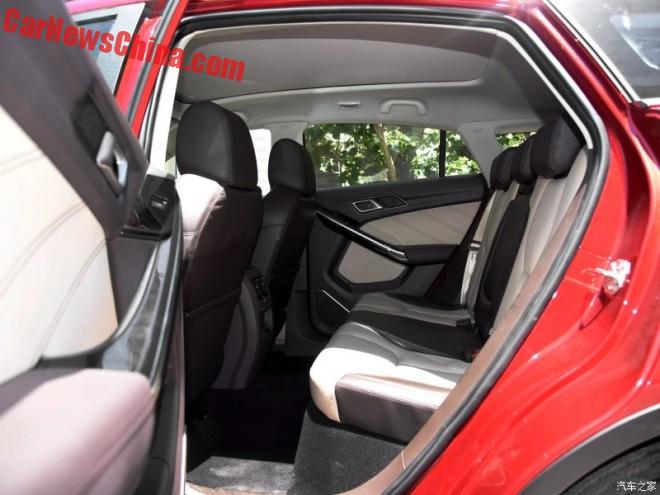 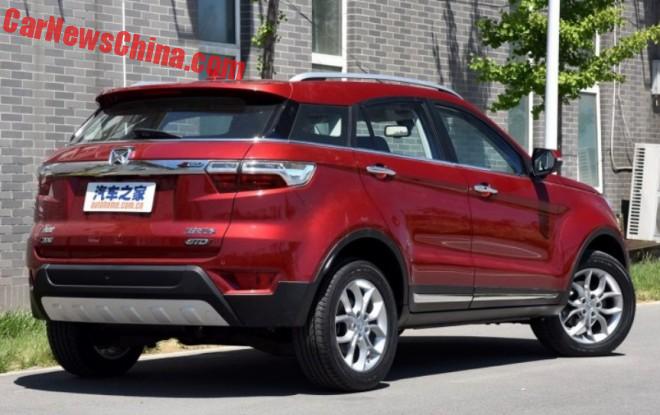 Rear lines are fashionably small and connected by the ever present shiny strip. Bumper with a skid pad in the middle. Exhaust pipe is hidden under the bumper on the right of the left wheel. 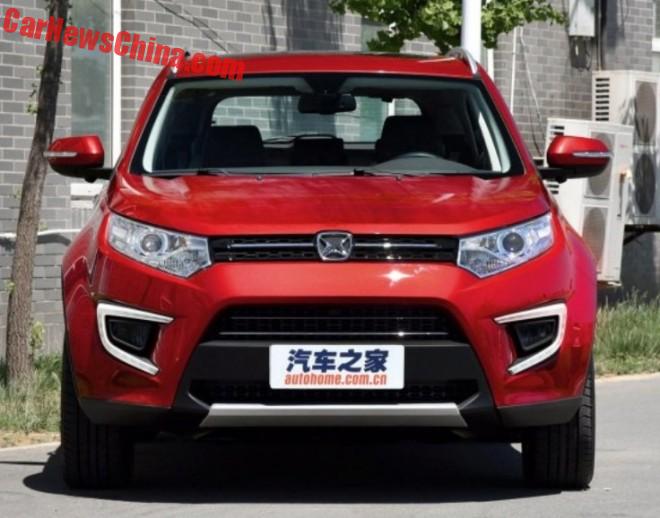 Hooked lines around the fog lights give the front a more aggressive face. The headlights are a tad too generic, they should have been more exciting. Jiangling logo modestly small. 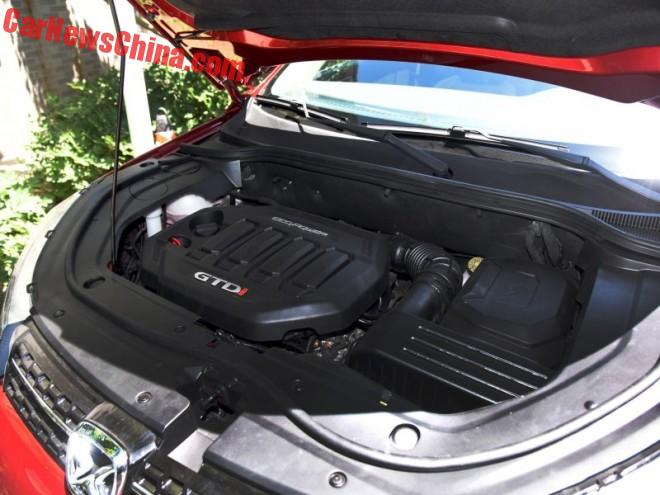 The engine bay is neatly covered. See that, Mazda? 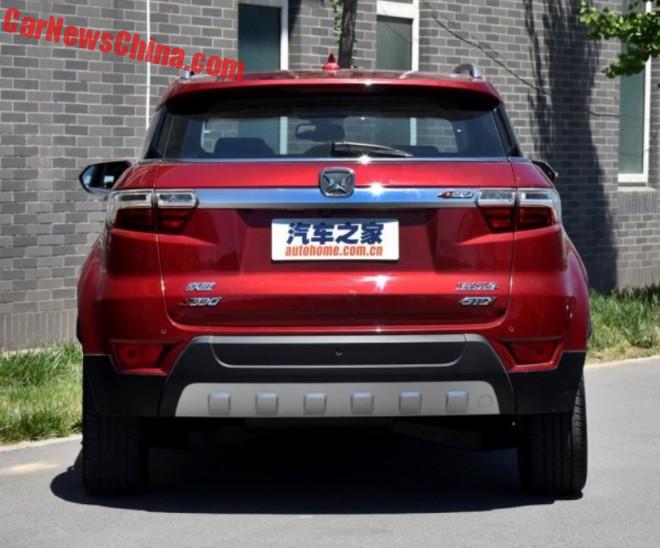