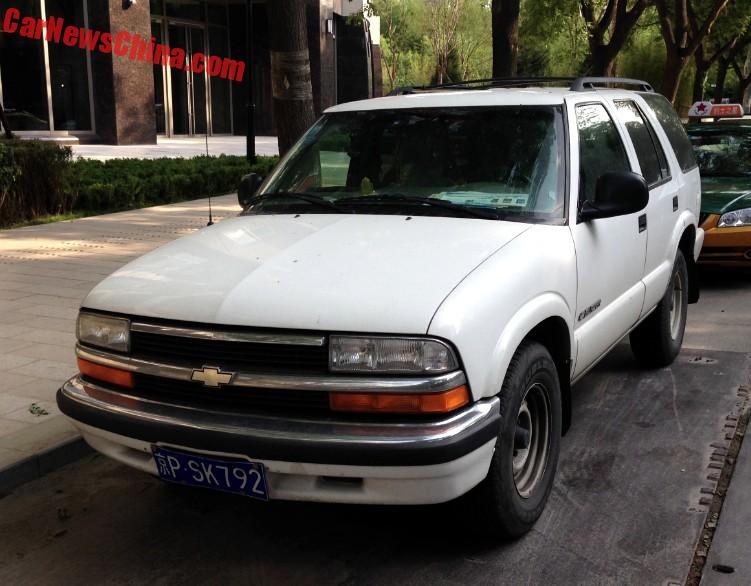 A wondrous white Chevrolet Blazer SUV, Spotted in China in the Lido area in Beijing. The good Chevy was in a good shape but in need of some love and a good cleanup. Paint was smooth and rubber black, there was some rust and there were some busts. Original steel wheels cheap then but ultra cool now. 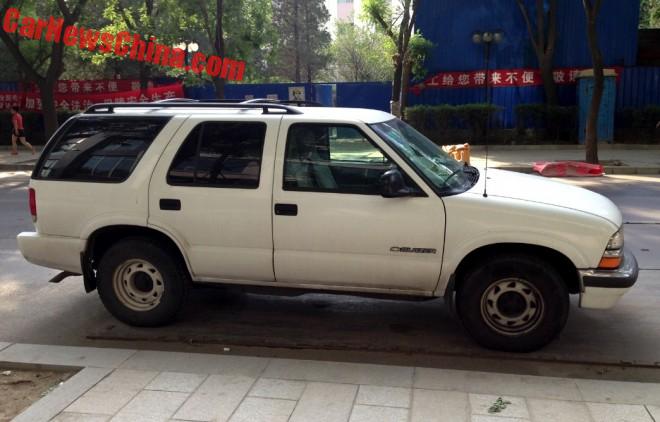 The Blazer has been made in China as well, but China used the Brazilian model with a rounded front and rectangular headlights. 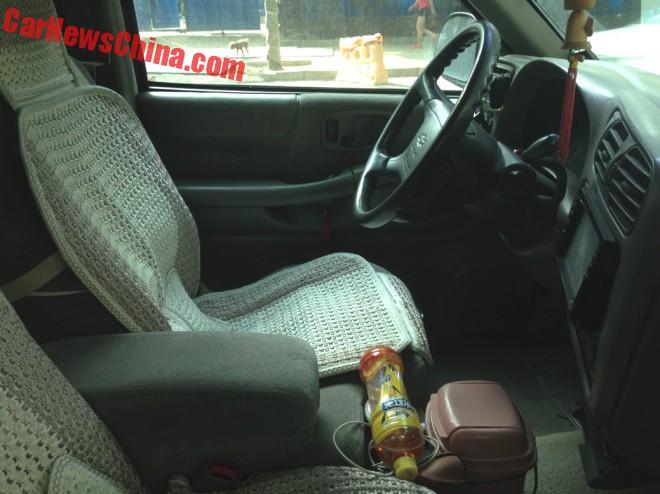 This car was likely one day imported from North America. It has a column-mounted shifter, the North-American front, and small license plate areas. The interior of our Beijing car is in good shape, but again in need of some attention. Pink garbage can, seat covers, and infotainment system are after market additions. The steering wheel is original. 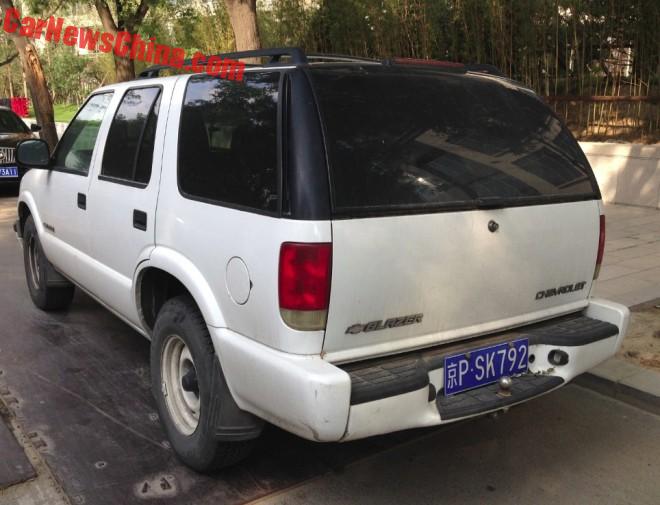 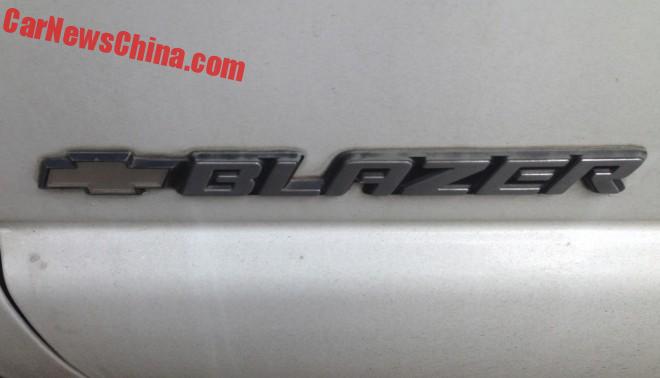 The Chevrolet Blazer in Beijing.