Here Is the Zotye SR8 Porsche Macan Clone In Every Color 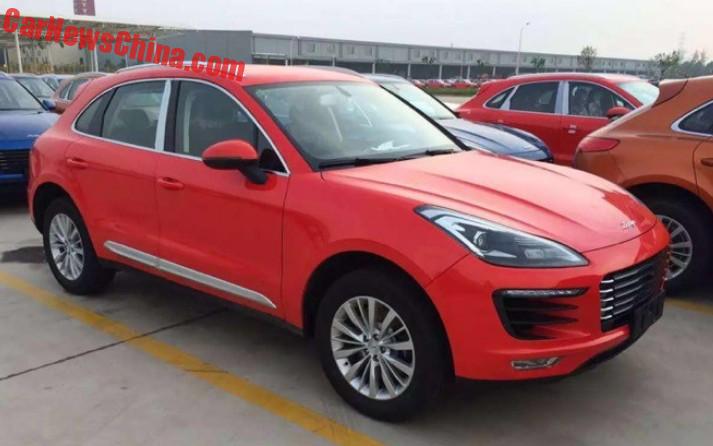 We have a boatload of new photos of the infamous Zotye SR8 Porsche Macan clone from China, showing a whole flock of the things on a factory parking lot, and they come in every color. The Zotye SR8 will debut on the Chengdu Auto Show in early September and launch on the Chinese car market soon thereafter.

But there is bigger news: we hear that Zotye has decided to rename the SR8 to… SR9. No official confirmation yet but Zotye does this kind of fuzzy all the time, so we wouldn’t be surprised.

Not bad in brown.

Price of the SR8 will start at 88.800 yuan and end at 99.900 yuan. The fuzzy numbers are no coincidence, both 8 and 9 are considered lucky in Chinese culture.

There is a load of roar about the SR8 in China, with some saying Zotye is a sh*t company that shouldn’t exist, others are applauding Zotye for standing up against a Western automaker (really). Others again say that the SR8 is Porsche’s own fault because the Macan is too expensive, others just see an attractive car for an attractive price.

The discussion about the Landwind X7 was very similar, and in the end the X7 has become the biggest sales success for Landwind ever. Even here in Beijing they are all over the place. Never seen much Landwind in the capital before the X7 arrived. Beijingnese considered Zotye too cheap and too countryside. Well, no more. Zotye hopes their SR8 will meet similar success. 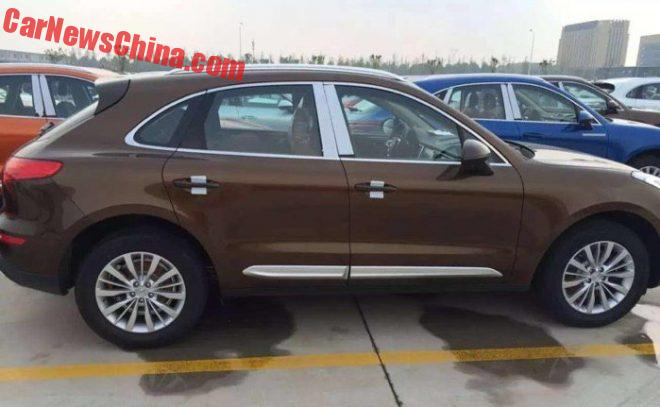 Fresh from the production line. 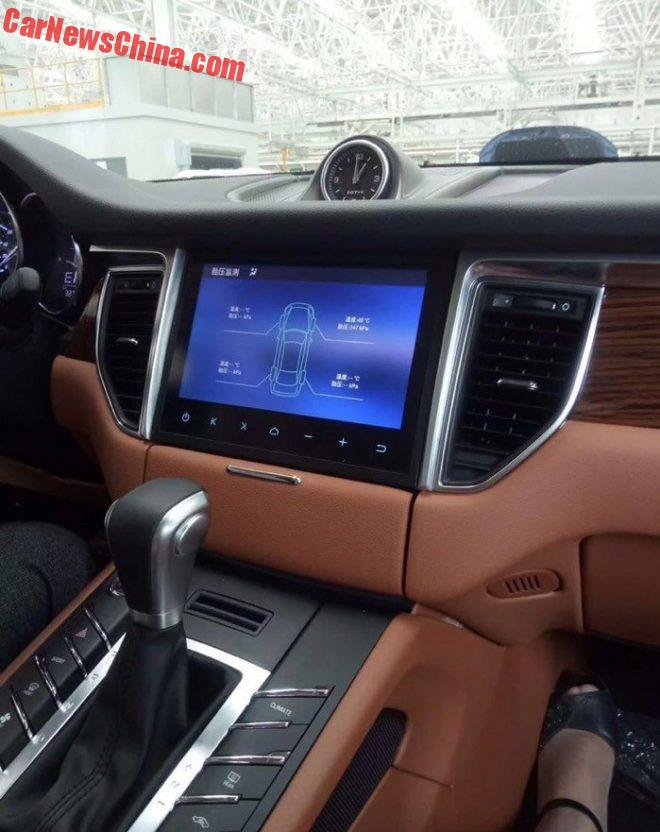 The interior has been cloned too. Zotye has done their work well: overall shape, center tunnel, panel around gear lever, air vents, clock on dash top (lap timer in Porsche), shape of the seats, and even the shape of the steering wheel. The instrument binnacle of this particular car looks very much like Porsche too, with the same dials. Earlier on we saw a SR8 with a digital instrument panel.  It probably depends on the trim level. 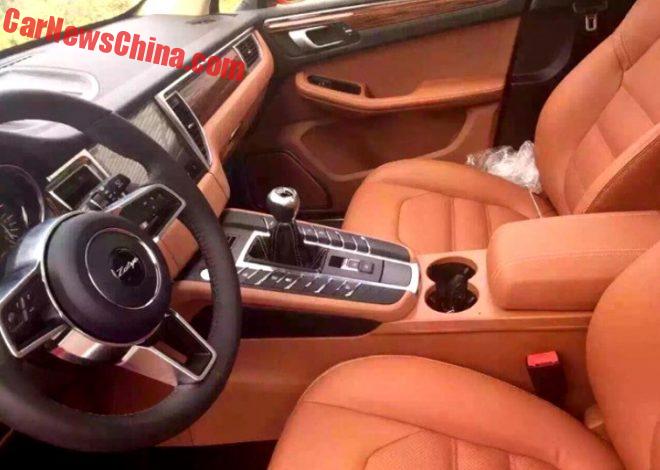 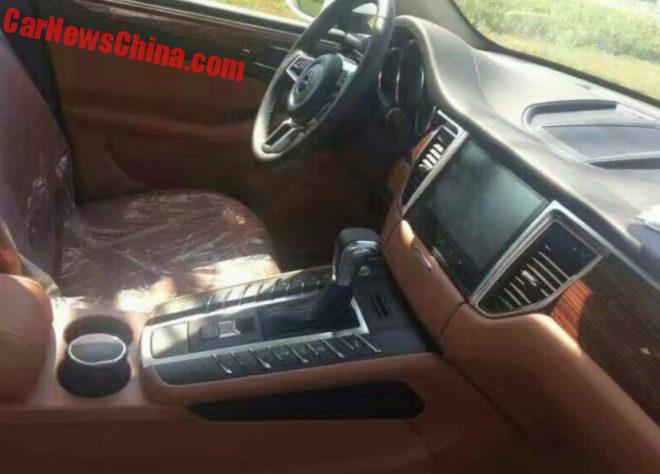 This one doesn’t have the clock on the dashboard. Touch screen is larger than the Macan’s. 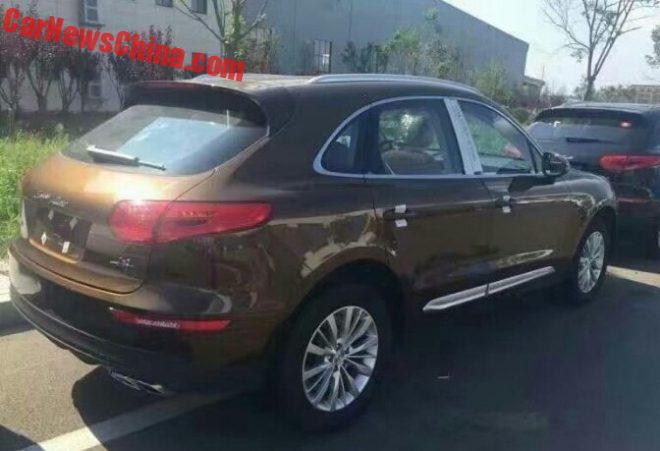 It is really not a Porsche… Lights are unfashionably large. Wheels are a tad too small. Roof rails appear to be usable. 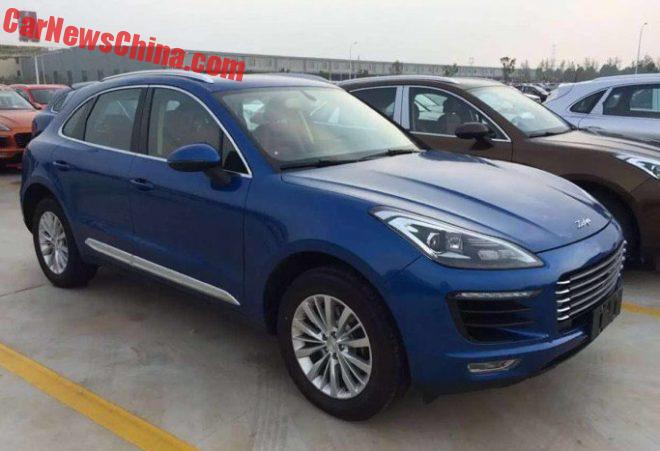 Note the orange car on the left in the background. It has a blacked-out grille. A sporty version perhaps. 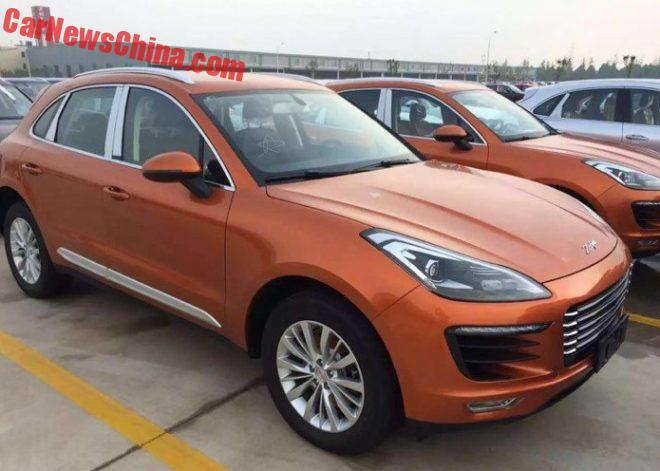 Zotye badge on the bonnet is very modest. And why should it not be? Most buyers will immediately replace it with a Porsche badge anyway. 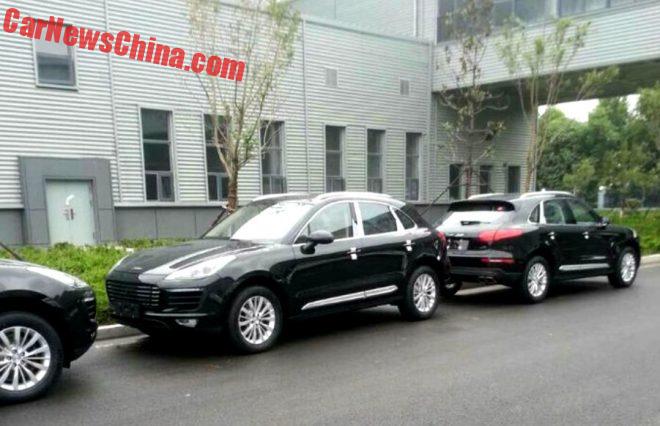 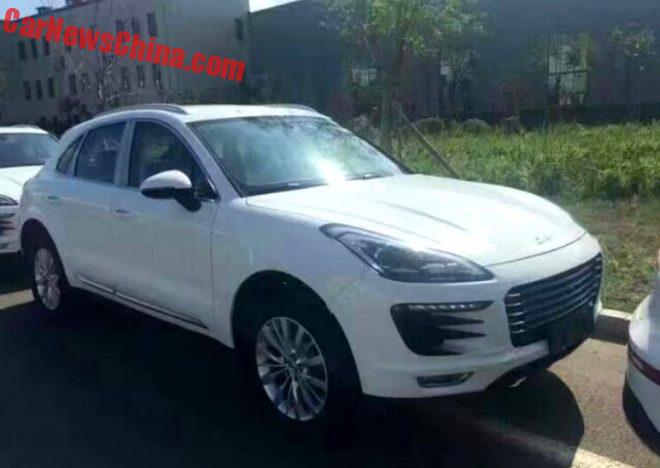 And we end with a white one. The Zotye SR8 has arrived. Or is the SR9? We will, find out soon.