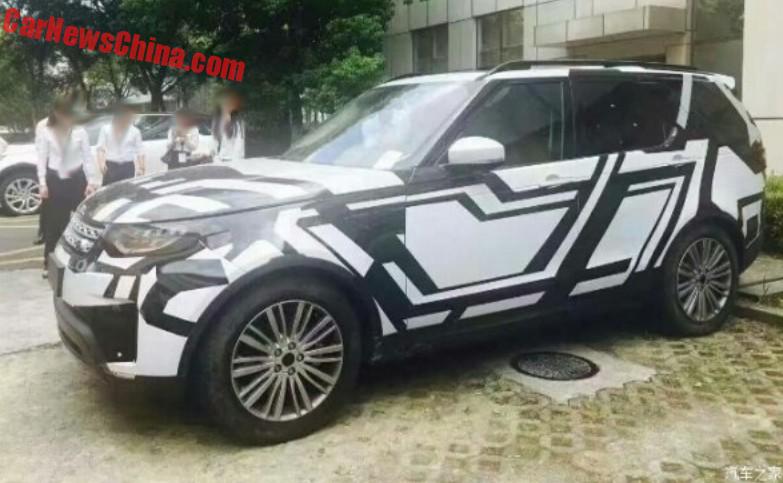 New Spy Shots of the 2017 Land Rover Discovery in China, revealing most of its lights, grille, and bumpers. The new Discovery will debut on the Paris Auto Show in October and launch in early 2017. It will be made in England and in China by the Chery-JLR joint venture.

Design of the new Discovery is derived from the 2014 Land Rover Discovery Concept. Bumper of the test car looks almost 100% similar, including the vertical air inlets on each side. 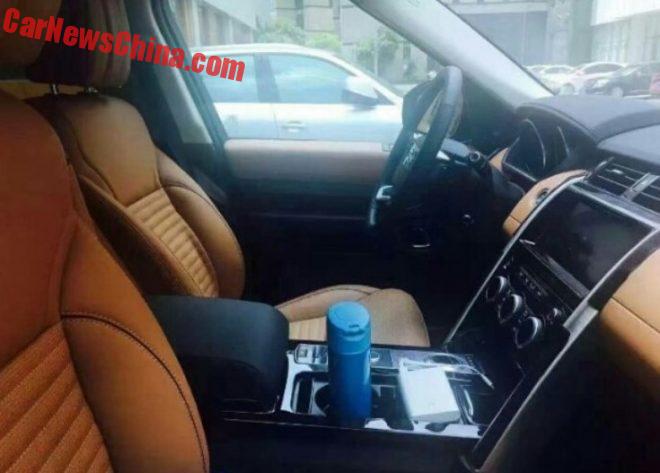 Best shot so far of the interior. Loads of leather but no wood. Gear lever is gone and replaced by a trendy knob. Dials are analogue. Screen is, or so we heard, 10.1 inches large.

The new Discovery is based on the PLA (Premium Lightweight Architecture) platform. Chinese customers will love that abbreviation, as it also stands for People’s Liberation Army; the Chinese armed forces. Internationally the Discovery will be available with 2.0 turbo petrol, a 2.0 turbo diesel, and a supercharged V6 petrol. China will get the petrol engines only and do without the diesel. 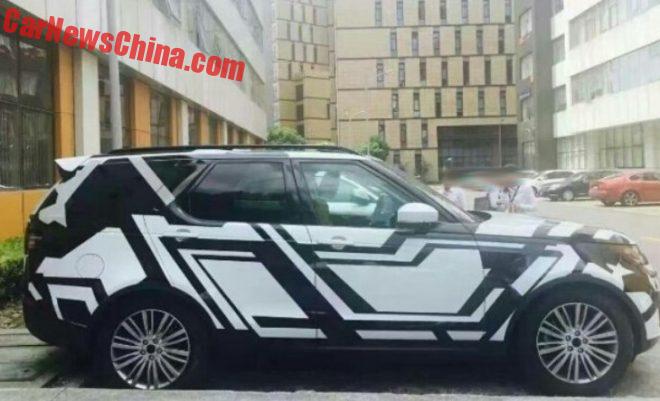 Mirrors keep getting bigger. Very short front overhang. Usable roof rails. And a rather large spoiler on the rear. 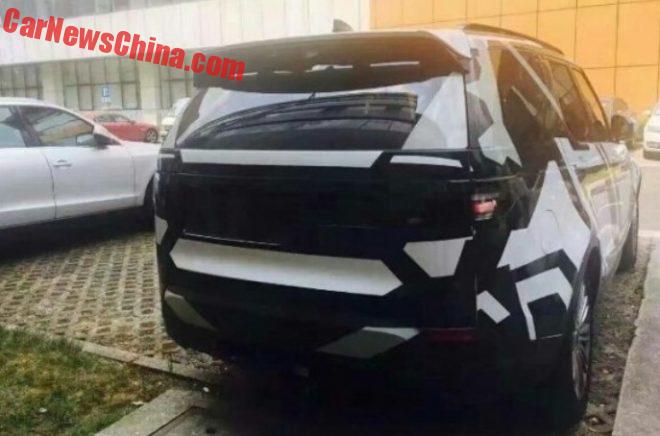