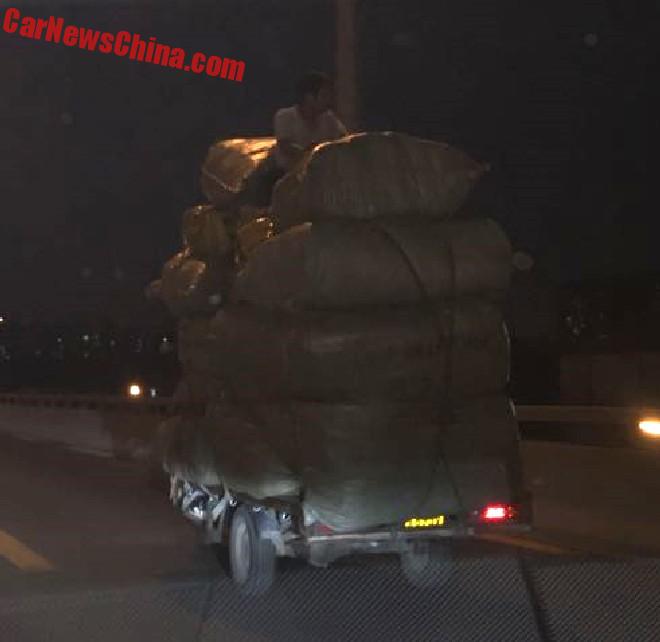 A  heavily overloaded tricycle, Spotted in China late at nights on a highway in Beijing by Reader Lao Wei, thank you for the pictures! The tricycle is transporting at least 11 sacks, likely loaded with recyclables, held together by a few flimsy ropes. On top of that sits a woman, looking remarkable relaxed. Her position is about four meters above the asphalt where cars are passing by at high speeds.

The tricycle drove about sixty kilometers per hour, according to Lao Wei. It is a motorized example, not an electric, and it looks very home-made at the back. Let us all hope that lady is still alive…

Driving with tricycles on highways is forbidden in Beijing. Loading so much stuff on a tricycle is forbidden too. Loading a person on top of that is probably not forbidden, there is no such law, but transporting humans in a general unsafe way is forbidden as well.

However, late at night with the road so empty nobody really cares, and that includes the police. And anyway, recycling is important; got to save the planet and earn a few bucks.