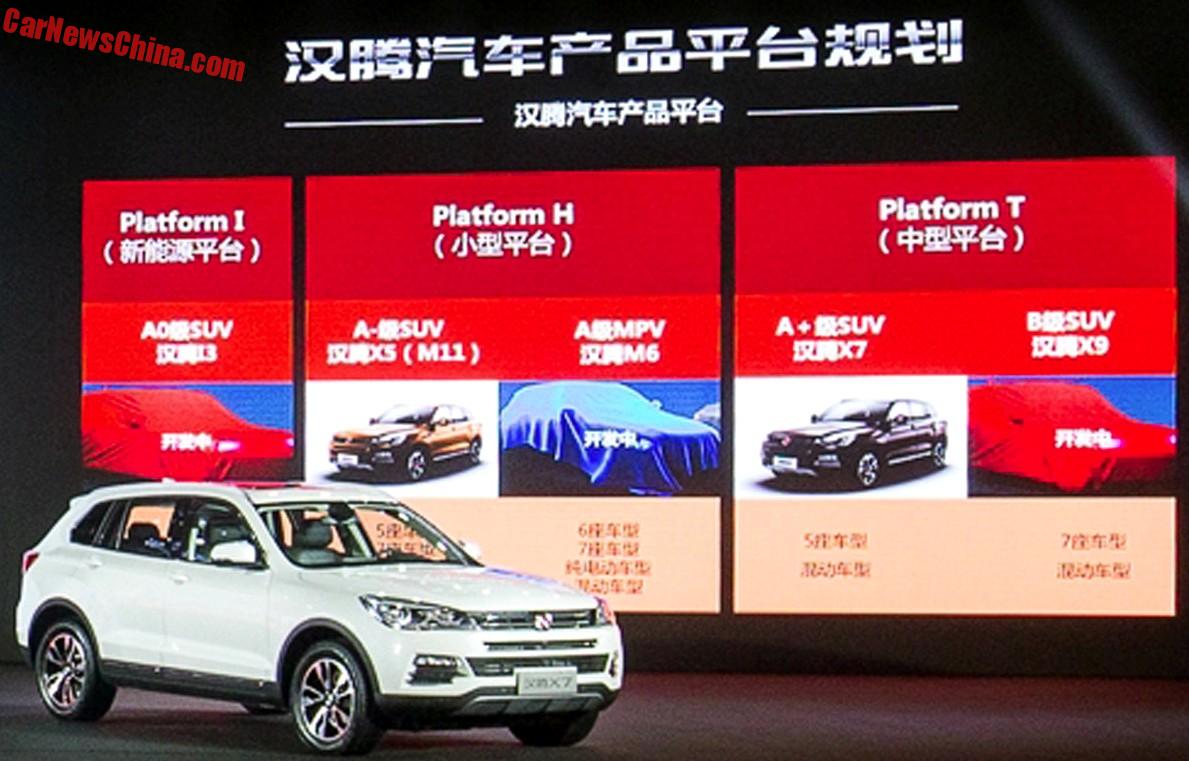 Hanteng Autos is showing some healthy ambitions, as seen during a presentation during a dealer meeting. The new brand is planning to launch four new cars before 2020. Their first car, the Hanteng X7, launched in July. The white car on stage is an X7, and it can also be seen on the slide under Platform T A+ SUV. The four new cars are:

From left to right: Platform I with a A0-segment compact SUV that will be called Hanteng I3. Power will come from a 1.5 with about 120hp.

On to Platform H with an A-segment SUV that will be called Hanteng X5 and an A-segment MPV that will be called Hanteng M6. The Hanteng X5 is almost ready and will debut in November on the Guangzhou Auto Show, powered by a 150hp 1.5 turbo. The M6 MPV will be available in six and seven-seat variants. It will get the 1.5 turbo and a hybrid power train.

Great plans, and looking how they are expanding now, with dealers opening everywhere, it seems the company has a lot of cash and staying power in hand. 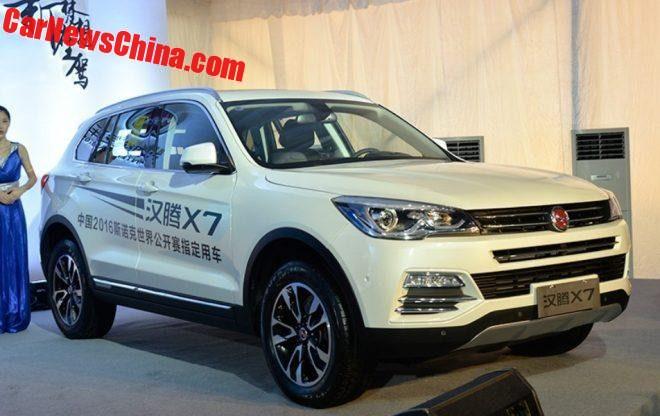 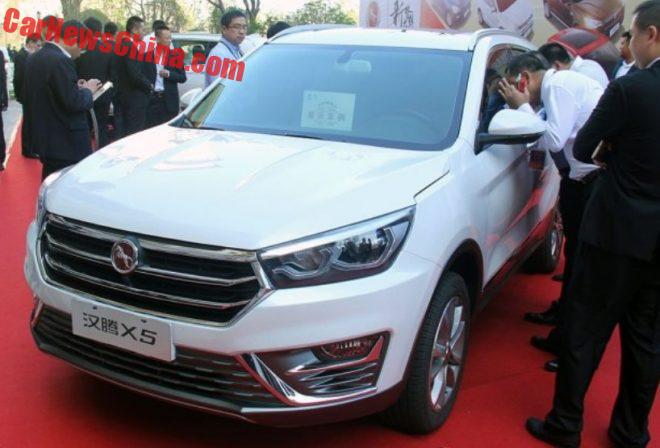 Hanteng Autos, with an S at the end, is a new car company. The Chinese name is Hanteng Qiche, full name is Jiangxi Hanteng Automobile Corporation, founded in 2013 in the great city of Shangrao in Jiangxi Province.