A Beautiful Mercedes-Benz Collection In China 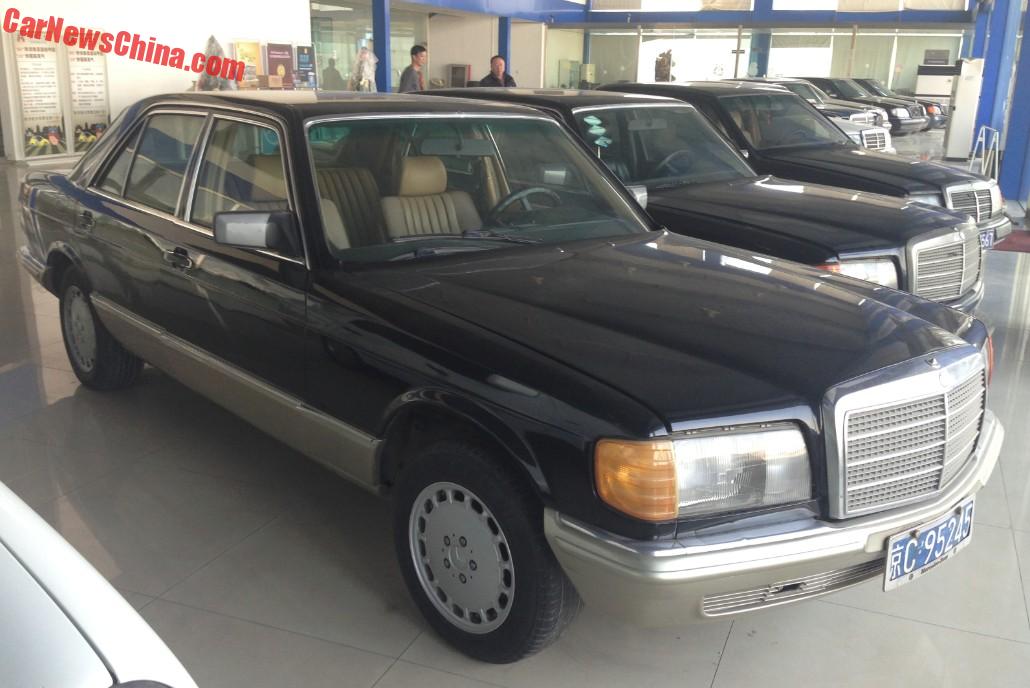 Earlier this year I stumbled upon an impressive collection of rare Mercedes-Benz sedans in Beijing. The cars were displayed in a former Mercedes dealer near the Goldenport race track in the northeast of the capital. The dealership is selling RVs now, and the collection has been moved elsewhere. Starting now with a very clean W126 280SE S-Class.

The car was in great shape inside and out.

I met the two owners of the collection. One of them also owned the dealership. They told my all the cars were imported in period. They also said all cars were in their original condition, which of course is a collector’s way of saying that maintenance is just too hard. They explained that parts are very hard to find in China, and that they had to resort to eBay to get expensive parts from the U.S. and Germany.

Parts for these old cars are difficult to get indeed. Many of these cars were not officially sold in China, or only in very limited numbers. There weren’t many dealers in those days, and the current Mercedes-Benz dealer network does not have any expertise on these oldies and usually simply refuses all but the easiest work. This is a problem faced by many car collectors in China, resulting in collections that look neglected. 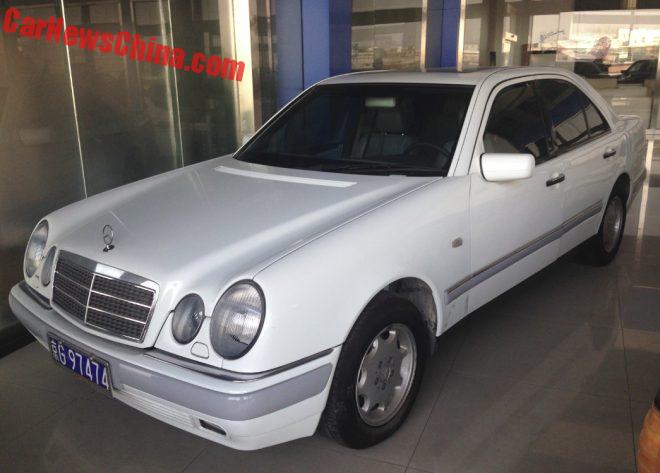 The W210 has always been my favorite E-Class. I just like those round lights. White is rather rare color but it looks very good on the car. License plate with the interesting combination of 97474. 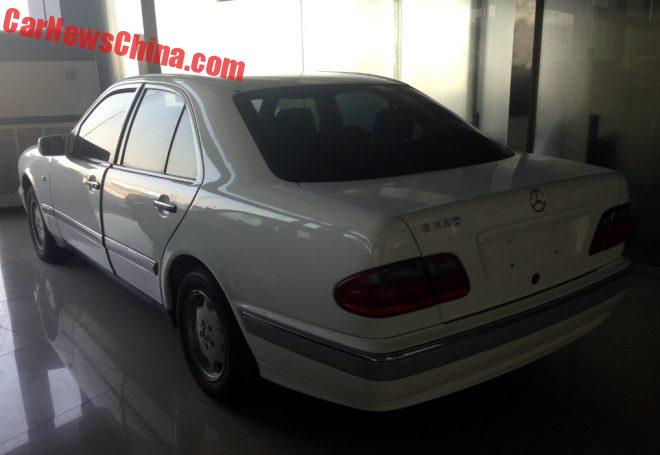 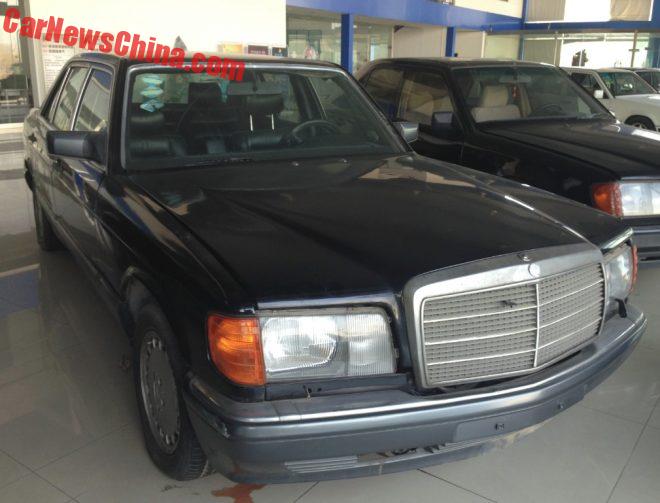 A majestic black W126 300SEL. The car was not in a very good shape, just look at the bonnet and grille, but the owners told me they were working on it. The black leather interior looked surprisingly fresh. 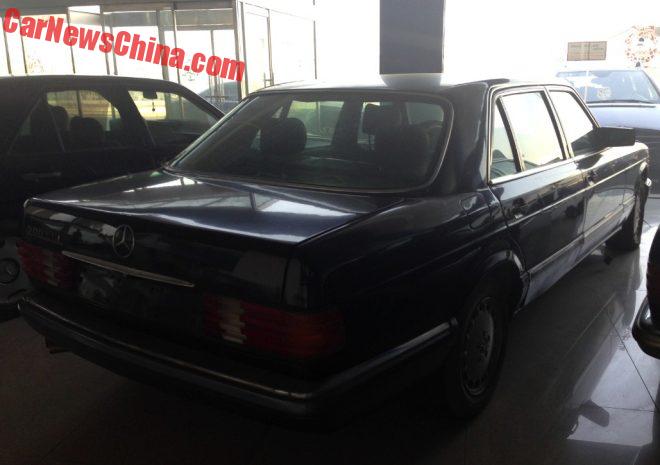 Completely original down until the wheel covers. The 300SEL is the long-wheelbase variant of the 300E, and powered by a 3.0 liter six-in-line with 188hp. 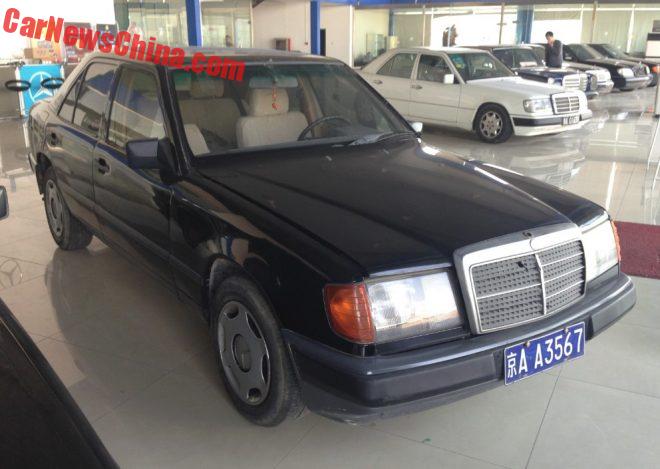 A very old license plate on this black 300E W124 E-Class. It too needs some work on the bonnet and grille, and the Mercedes star ornament is missing! That ain’t sweet… 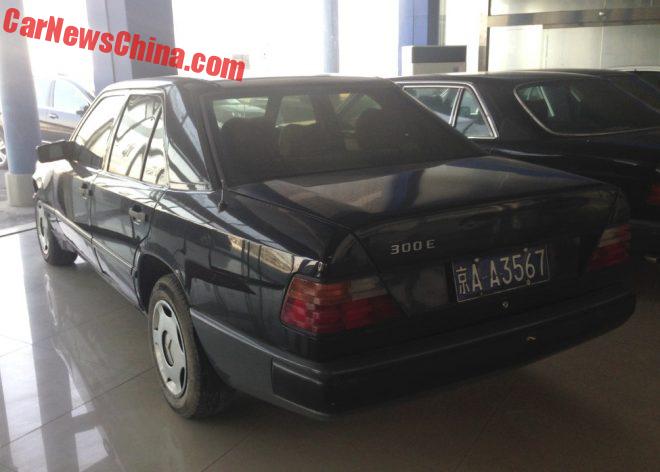 As anywhere in the world Mercedes-Benz is a popular brand for collectors. In Beijing alone there are least three large collections and two major classic Mercedes clubs. Same story in other cities. Many of the older cars are not allowed on the road anymore, but they can be driven on events and long-distance rallies with a special temporarily license plate. 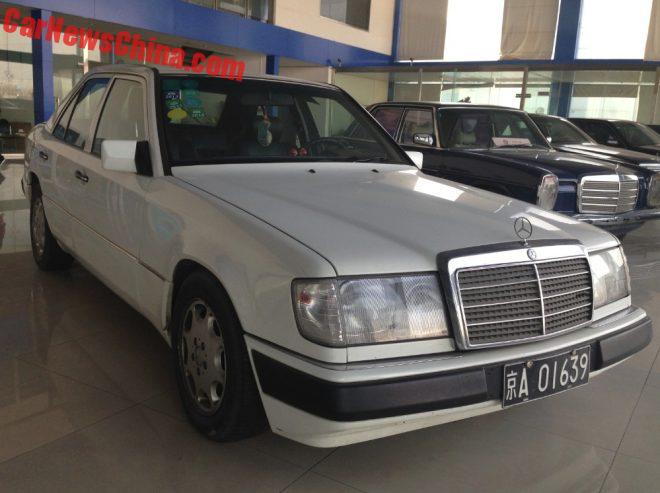 A very pretty white E320 W124, and we met this baby before on a nearby parking lot. The car is in very good shape and has a black license plate. 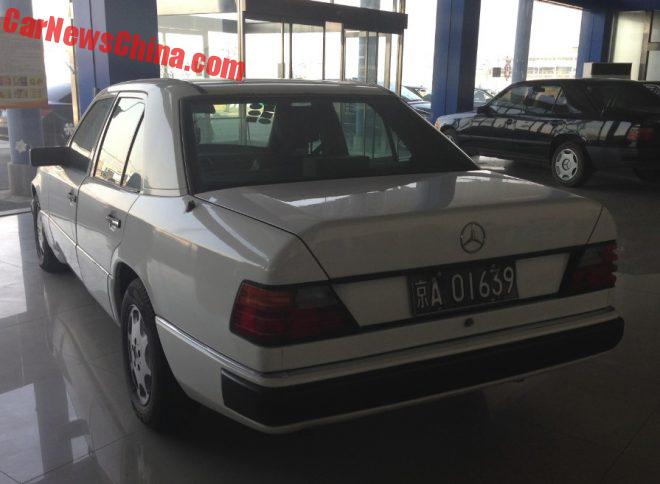 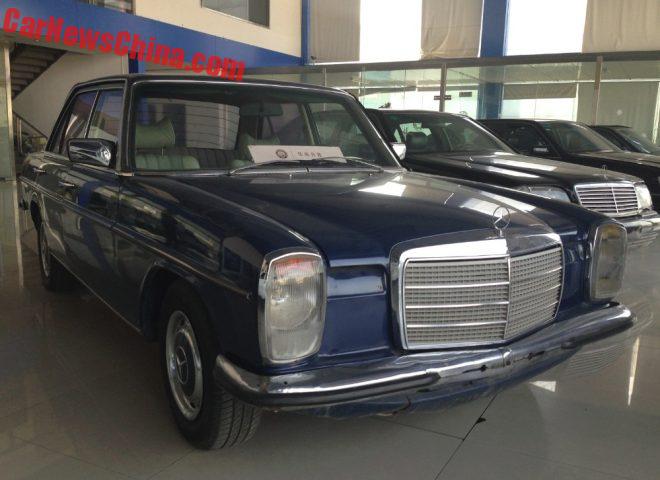 This blue beauty is the oldest car of the collection. A classic W114 250 sedan. In reasonable shape but in need of some maintenance. The owner told me he still regularly drives this old Benz on the road, and as long as he stays out of the city center nobody will bother him. Well, that’s true. You can drive everything you want in the lawless lands outside the Fifth Ring Road. 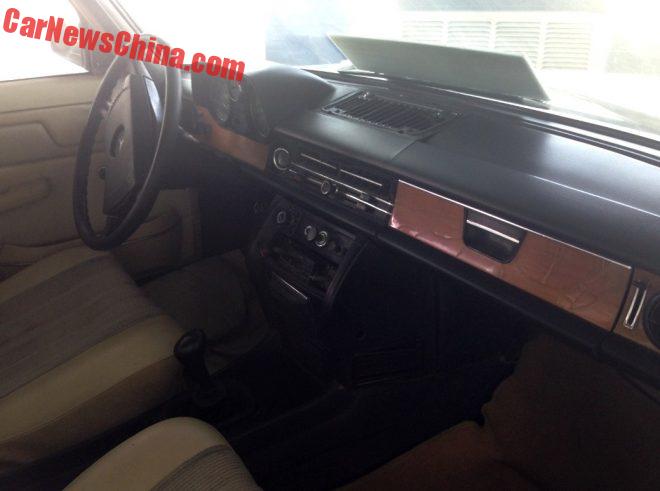 The owner kindly opened the door, revealing a completely original interior, down to the seats and radio cassette player. 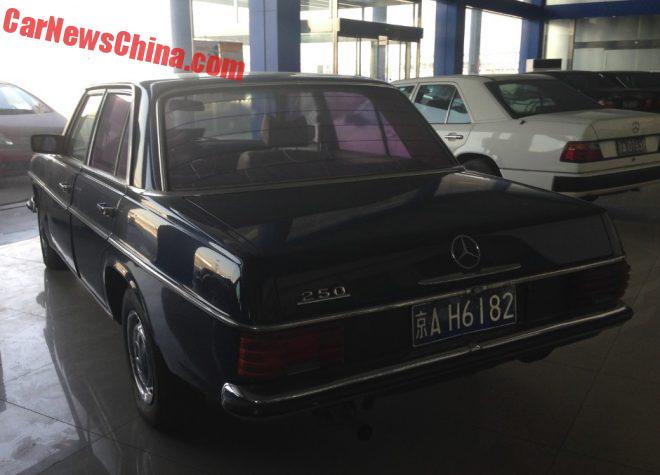 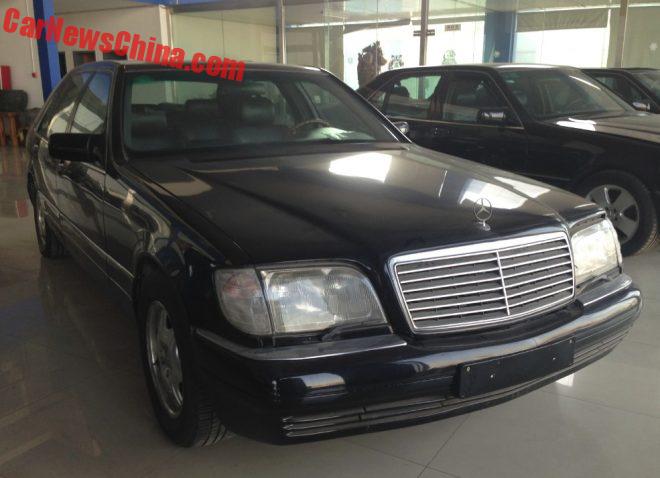 And now we go V12! One of the owners is a great fan of the W140 S600, so he bought three of them, all in black. They are pre-1985 models with the rear-parking markers, also know as guide rods, on each side of the trunk lid. When the car reversed the rods would pop up to give the driver an idea where the rear end of the car was. In 1985 the system was replaced with the sonar-based Parktronic system. 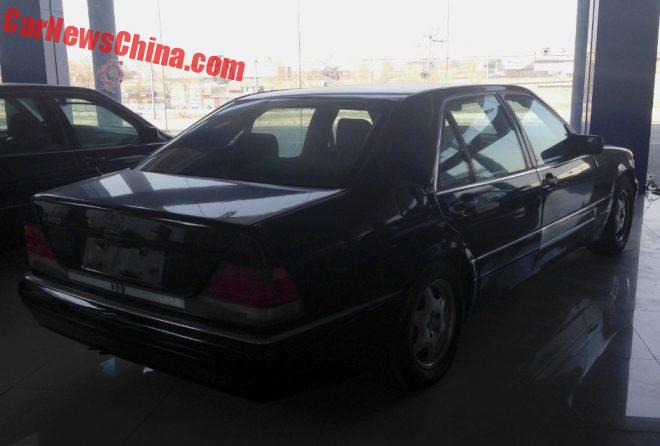 Sadly, the three S600 sedans were not in a very good shape, missing parts and badges, looking a tad too sad. The W140 was sold here by Mercedes-Benz in period, but parts and expertise are very hard to get today, and when the complicated electronics brake down there is basically no way to save the car. 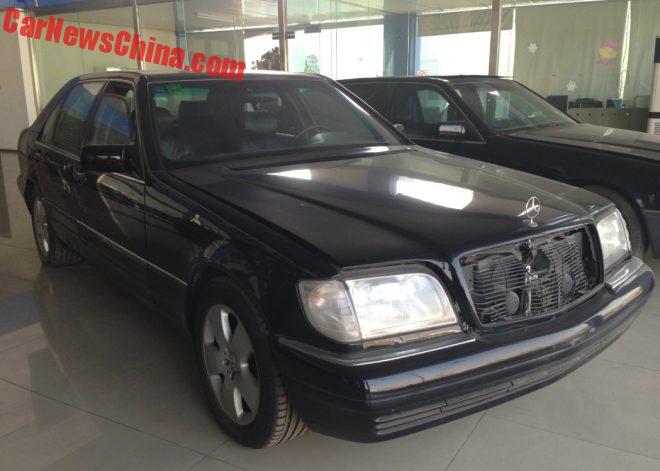 A lot of these cars are simply dumped by the road side and abandoned. How can people be so cruel..? It is therefore extra great to see that this collector tries to save a few. But easy it ain’t. This one is missing the grille, and the owner said he couldn’t find a proper replacement. 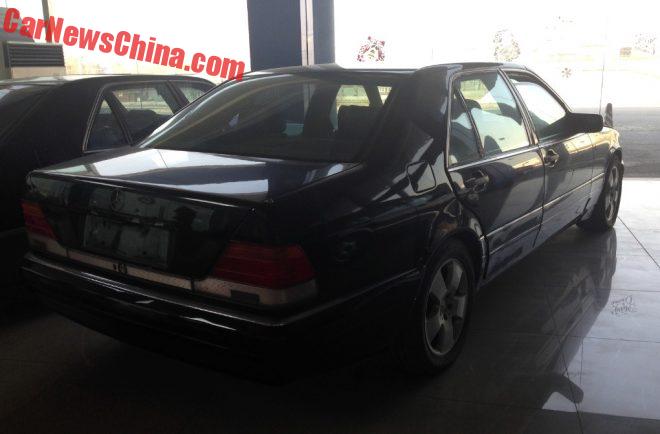 Body is in a fine shape. 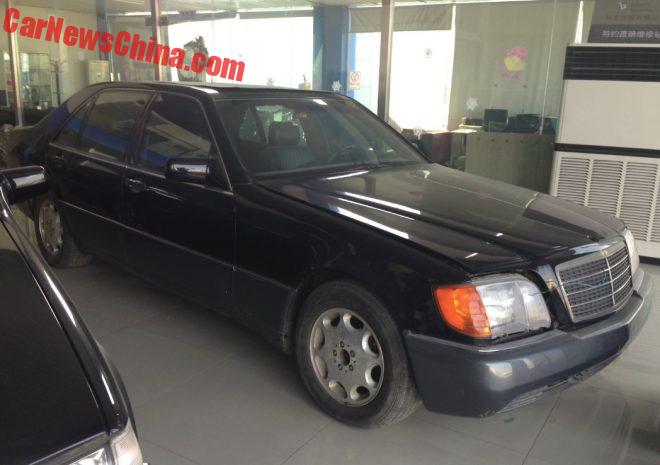 The third S600 is in need of a lot of work. It was almost falling apart when I looked at it, especially at the front. The woner told me this was the only car of the collection that didn’t run due to an unknown engine failure. The interior was in a sad shape too. Happily, the body work itself was good enough. 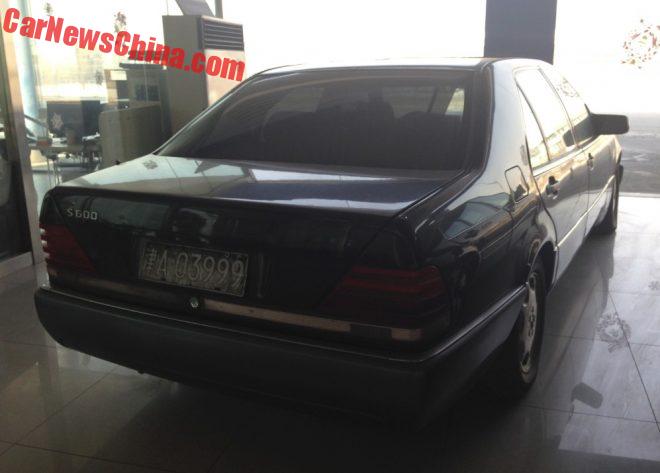 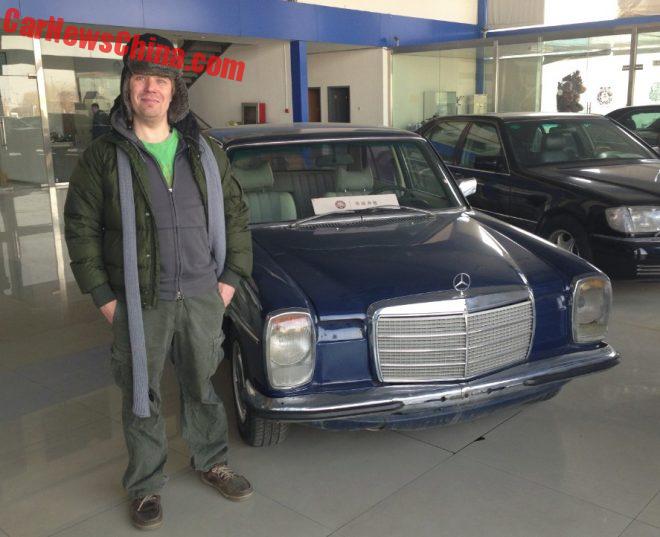 The owners insisted on a photo. Well all right. Me and the W114. It was a cold day and the old show room was unheated. Let’s up all hope these great cars will stay alive.