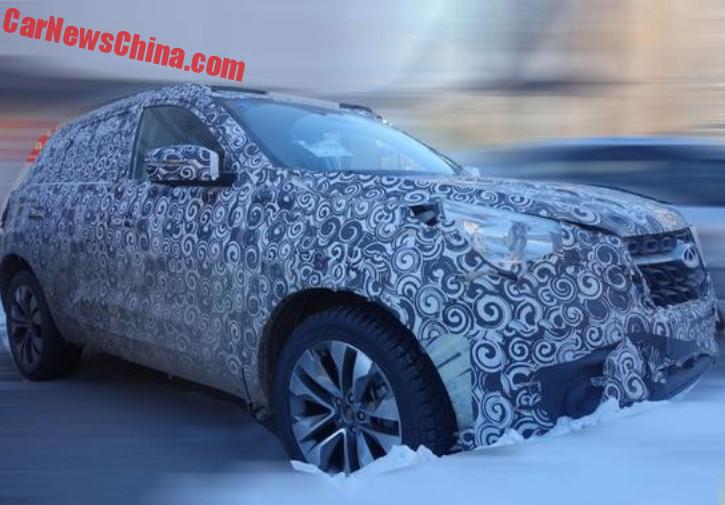 Spy Shots showing a heavily camouflaged Chery SUV testing in China. It is the production version of the 2014 Chery Concept Beta concept car. It will be launched on the Chinese car market in the second half of next year, positioned between the Chery Tiggo 3/3X and the Chery Tiggo 5. 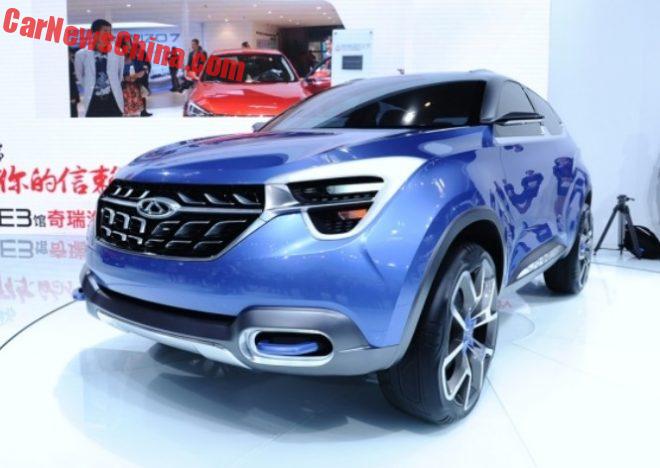 The Concept Beta concept. It appears that the production car stays very close to the concept’s design. Check the front: 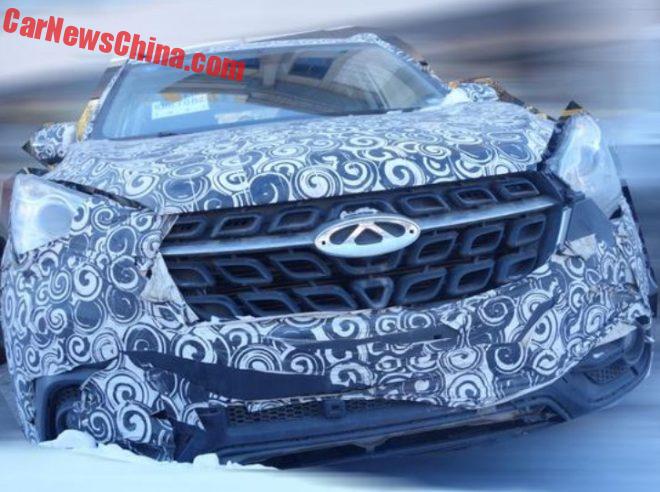 Looking very cool. Power will come from a 1.5 turbo with 152hp. This engine is also used in the Tiggo 5. 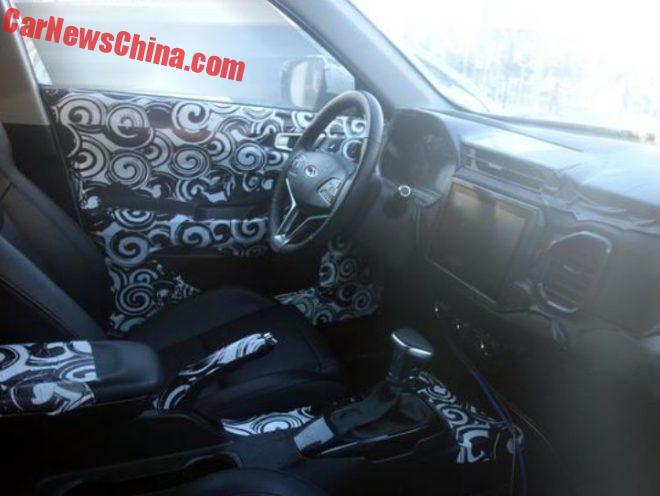 The interior with an oddly shaped steering wheel and a large touch screen. Interestingly, the handbrake has been camouflaged. That handbrake must be really something. Or is Chery trying to hide it because they can’t figure out how to put an electronic handbrake in..? 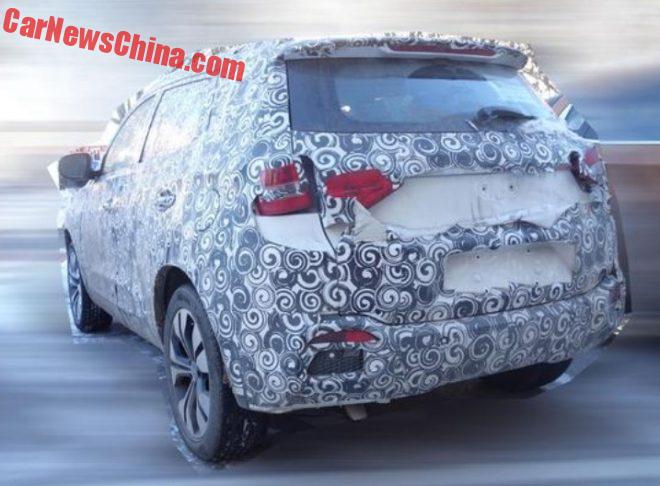 Rear end doesn’t seem to be as exciting as the front, but it too stays close to the concept car, including the shape of the bumper. 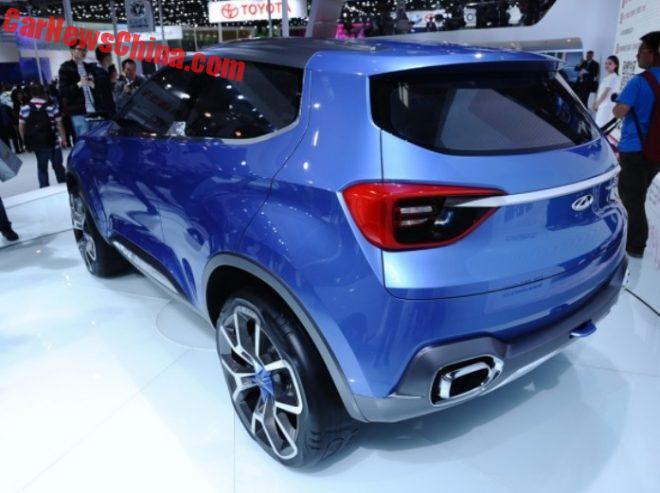