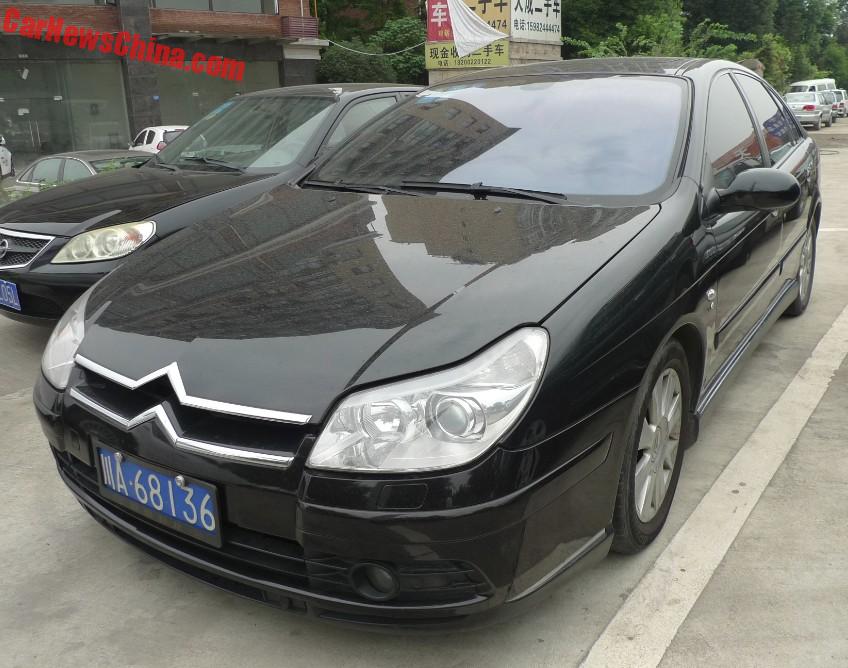 A beautiful black Citroen C5 3.0 V6 Exclusive, Spotted in China in the great city of Chengdu in Sichuan Province. The good ‘Troen was in very good shape, ultra clean and ultra mean, perfectly maintained and without a single sport of rust or rot. 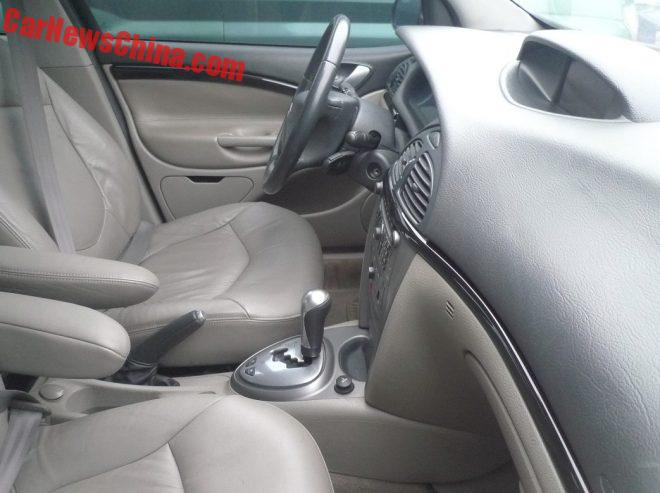 Beige leather was slightly worn but the interior was otherwise in very good shape too, everything original up until the stereo system.

The first generation Citroen C5 was made from 2000 until 2007 with a facelift in 2004, this black car in Chengdu is a facelifted example. The C5 was fitted with Citroen’s famous hydro-pneumatic suspension system, here called Hydractive 3. The C5 was available with various petrol and diesel engines. The 3.0 V6 was the most powerful power plant and had an output of 211hp and 290nm. It was mated to a 6-speed automatic, sending horses to the front wheels. 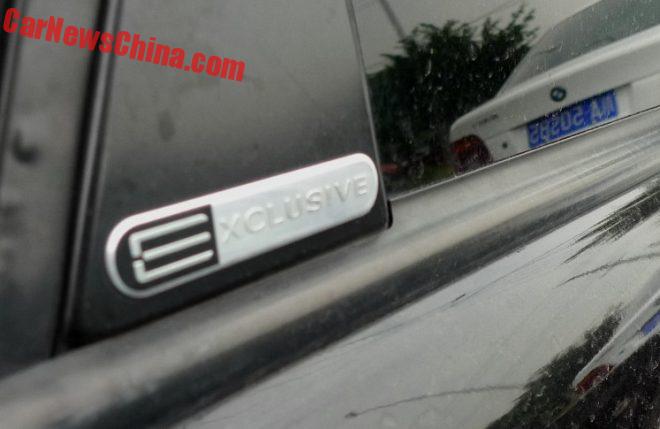 The Exclusive was the top trim level, it came with goodies such as automatic lighting,automatic windscreen wipers, dual-zone climate control, a little bit wood in the doors and dash, and these fancy badges on the C-pillars. 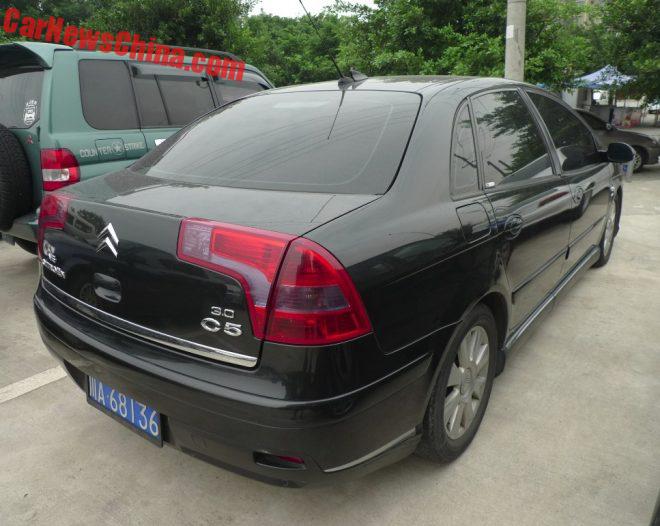 An impressive rear end with enormous lights that tip over on the rear deck.

The first generation C5 was officially sold in China as an import. Most were of the V6 kind. The current second generation Citroen C5 is made locally at the Dongfeng-PSA joint venture. 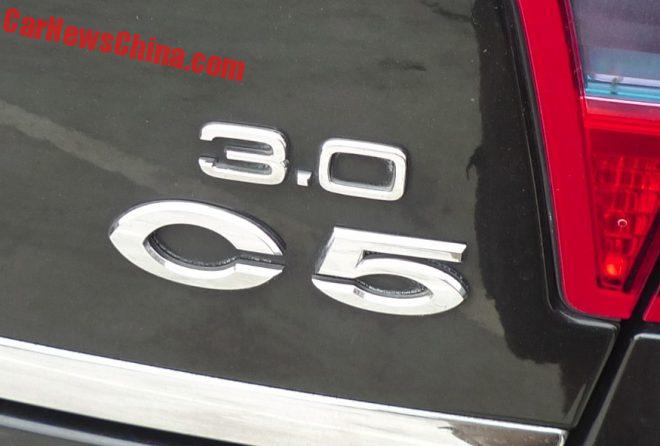 The Citroen C5 2.0 V6. May this great French car drive a many miles a more.