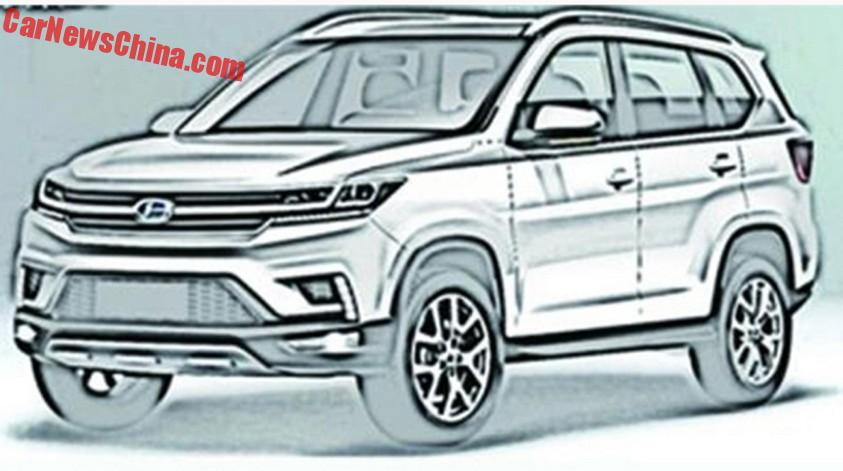 Changhe Auto, now under the wings of the Beijing Auto Industry Corporation (BAIC), will launch two new SUVs this year. First up is a seven-seat SUV code named F14S, it will have a wheelbase of 2800mm and 1.8 and 1.8 turbocharged engines. The F14S will be based on the same platform as the Beijing Auto Senova X65. 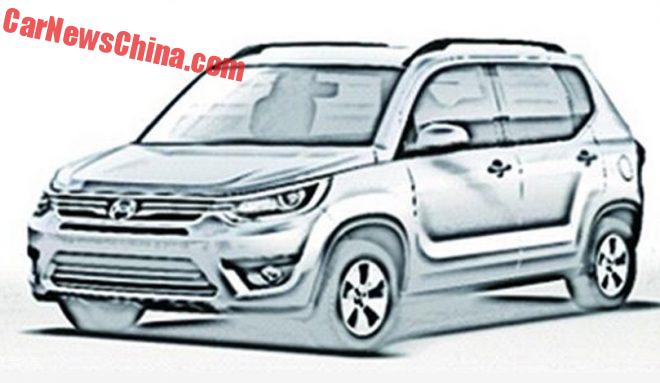 The second SUV is much smaller. Code name is F4B. Its origins are a bit unsure at the moment. Chinese media says it will have a wheelbase of 2551mm, and that it will be based on the Changhe-Suzuki Beidouxing. However, the Beidouxing has a wheelbase of 2335 and it is a Suzuki. It is possible that Change Auto has its own rights to the platform. Earlier on we saw a Beijing-Changhe branded EV-version of the Beidouxing.

The stated wheelbase of 2551mm matches the wheelbase of the Beijing Auto Senova X25, and the drawing is much closer to the X25 than to the Beidouxing. But Changhe already makes a car based on the X25, it is called the Changhe Q25 and was launched in March last year. Media also says the F4B will be powered by a 1.4 engine, which matches with the Beidouxing but not with the X25.

We will keep a good eye on this one…