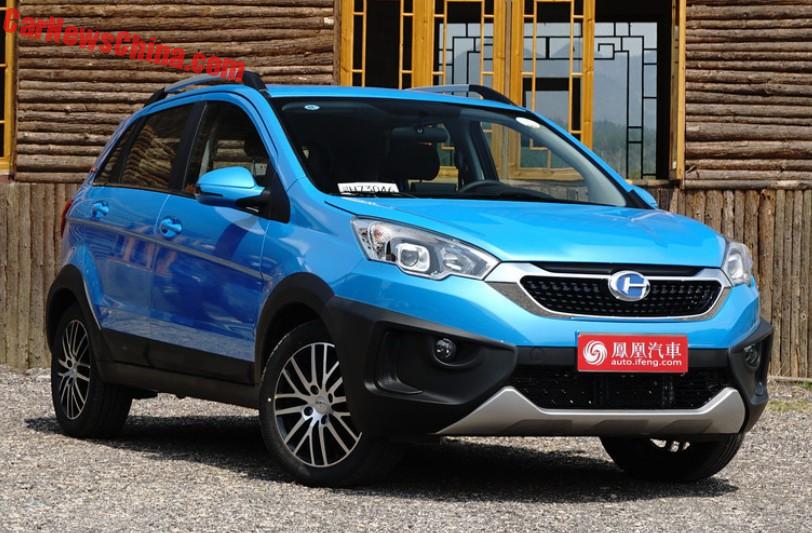 The new Changhe Q25 has been launched on the Chinese car market. Price starts at 55.900 yuan and ends at 76.900 yuan. The Q25 is aimed at young first car buyers, sporting a hip crossover look, sporty alloys, and usable roof rails to attach the canoe to. 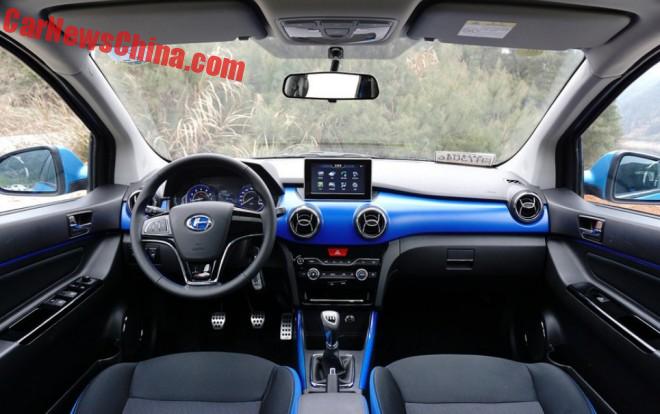 The interior is very hip too. Main panels and side of seats are in the same color as the body, racy perforated pedals, analogue dials with a small display in between, and a much bigger touch screen on top of the center stack. 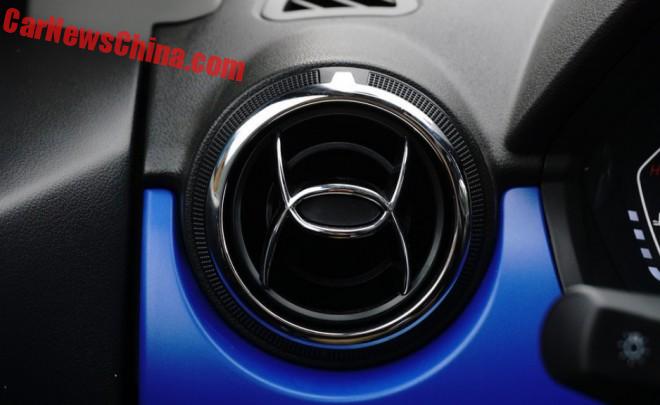 The shape of the air vents is interesting. It refers to the old logo that Change used and still uses for some of its other cars, most Suzuki-derived , left-overs of the now-dead old Change-Suzuki joint venture. The logo isn’t used anywhere else on the Q25. In the Senova X25 the vents are shaped like the Senova logo. 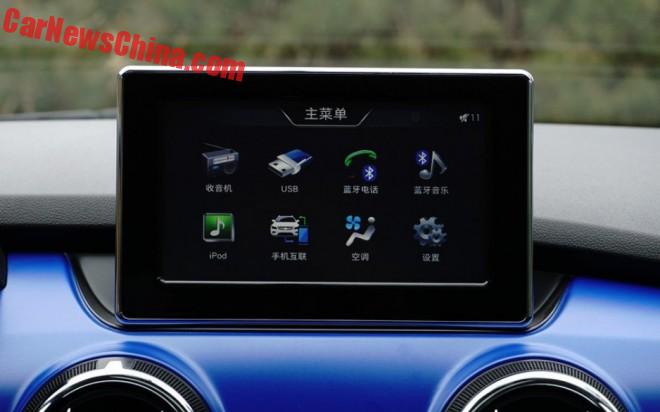 The touch screen stands on top of the dashboard. The infotainment system has USB and Bluetooth connectivity. 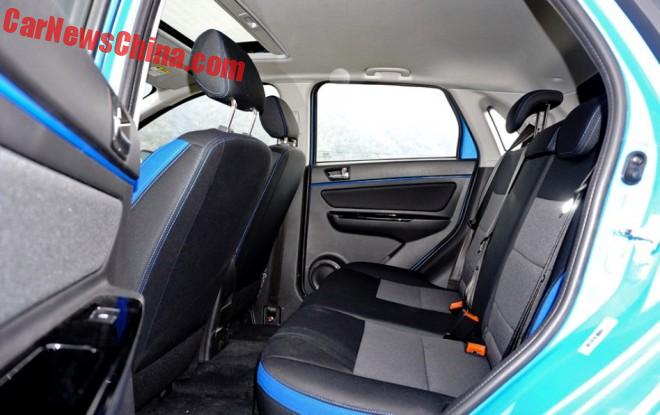 Enough space in the rear for two and a half. Seats in blue, black, and gray. Carpets in a dark kinda gray, and the ceiling in a dark kinda white. A lot of color, but it works very well. 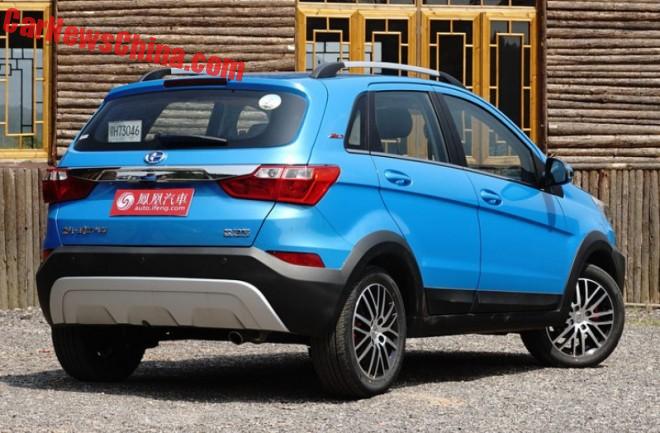 Rear lights a tad too big for 2016, but they are connected by a fashionable chrome strip. Large skid pad is nice but exhaust pipe is un-integrated and hangs ugly into no where on the right side. Check roof rails! 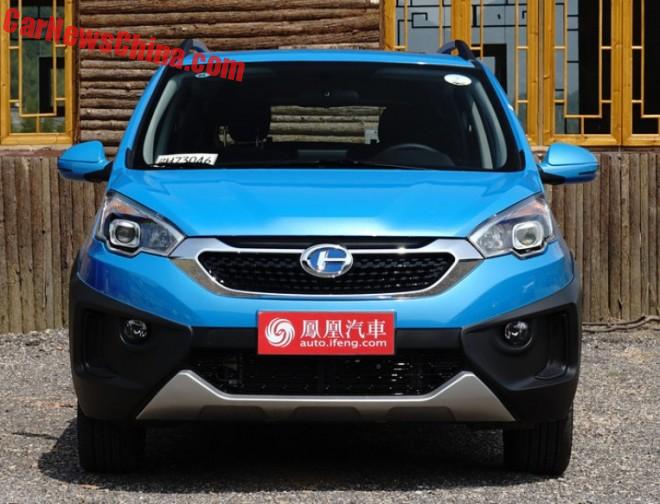 Shiny grille and another big skid pad. This thing can handle every road-under-construction. 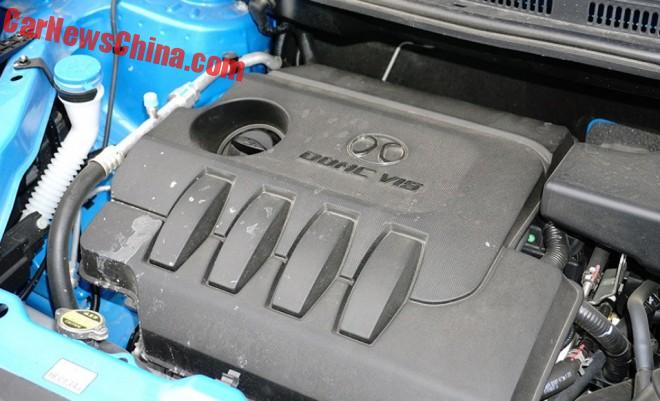 The Q25 is powered by the same engine as the Senova X25; a 1.5 liter petrol with 116hp and 148nm, mated to a five-speed manual or a four-speed (!) automatic, sending horses to the front wheels. A 1.5 turbo will join the line-up later this year.

Pipe is not good. 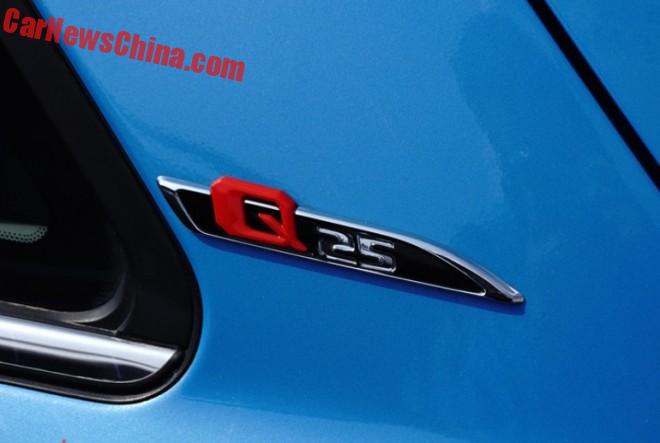