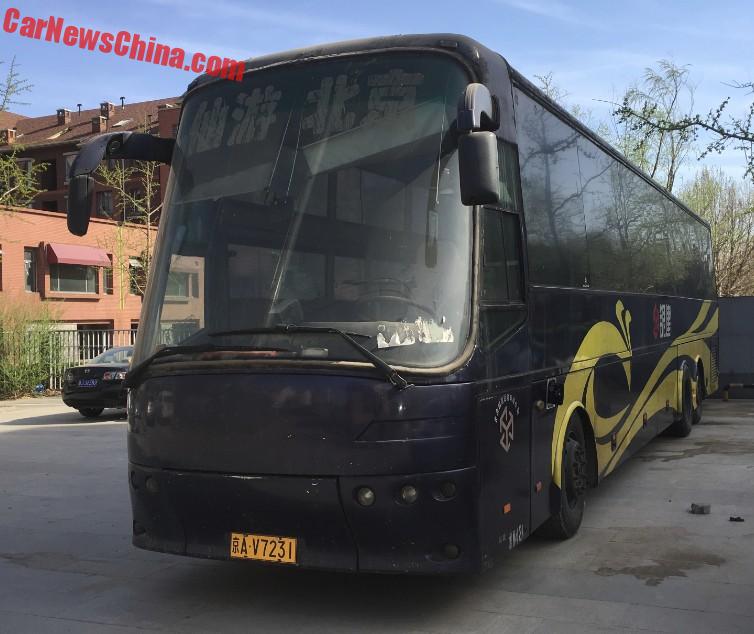 A beautiful dark blue Bova Futura bus, Spotted in China on a parking lot near a residential area in Dongba in the far far east of Beijing. The good and giant Bova was a bit bruised here and there but otherwise in a great shape.

The Bova Futura was a futuristic looking bus developed and built by the famous Dutch bus builder Bova, now part of the VDL Group. The Futura debuted in 1982 and it looked like a spaceship compared to other buses at the time. 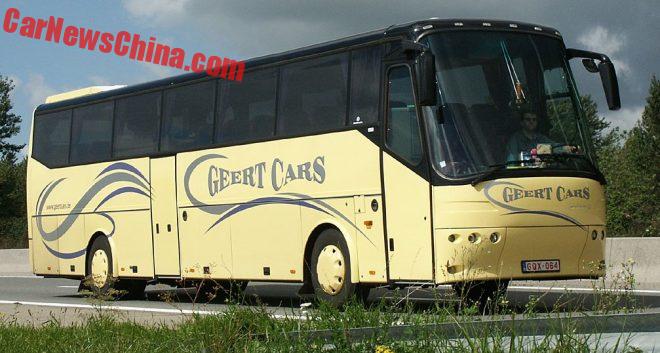 Buyers could choose between various Daf and Mercedes-Benz engines. There were many variants; with a high roof, low rood, two axles and three axles. Over the years it was facelifted and updated many times. The last update of the original Futura came in 2007 and production continued until 2010 when it was finally replaced by an all new Futura which still exists today, now under the VDL name. On the photo an early nineties example of the Belgian bus company Geert Cars. 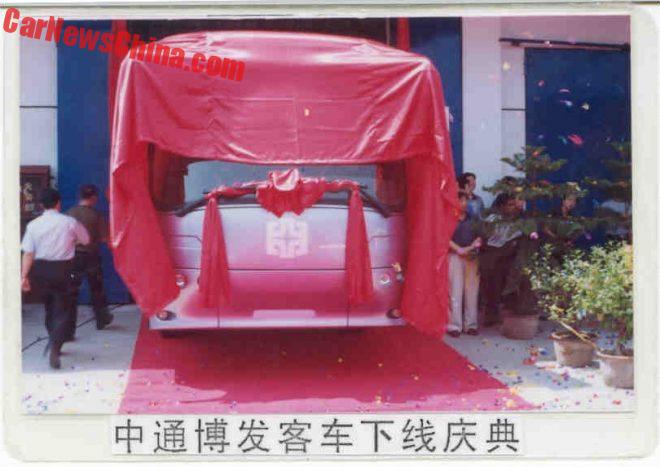 Production in China started in 2000 in a joint venture between Bova and Chinese company Zhongtong Bus. I happen to know the Dutchman who was in charge op the operation at the time, his name is Jan Beekmans and he sent me this great picture the first-off-line ceremony at the factory in Liaocheng City in Shandong Province, showing a purple example with the Zhongtong logo on its nose.

He also told me they started literally with an empty factory-hall and a mountain of unsorted parts. Happily they sorted it all out quickly and mas production began in 2001. 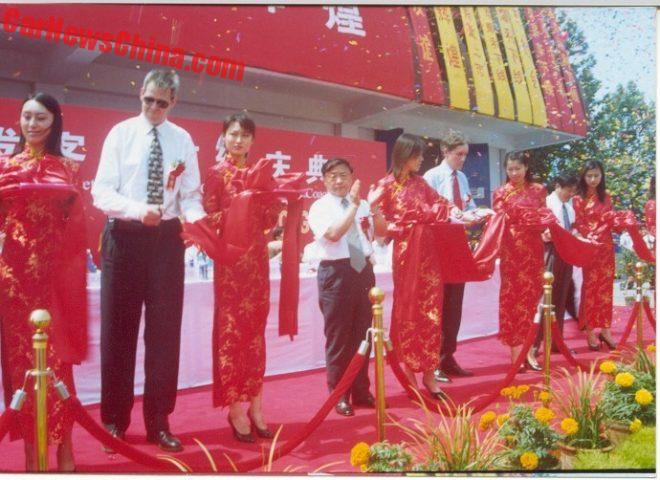 Happy faces at the ribbon-cutting ceremony with Jan second from left.

In 2003 Bova was purchased by the VDL Group and that effectively ended the joint venture in China. However, the original jv-contract was for eight years and Zhongtong therefore rightly continued to built the Futura under its own name until 2009, and they even added an electric variant to the lineup in 2008. 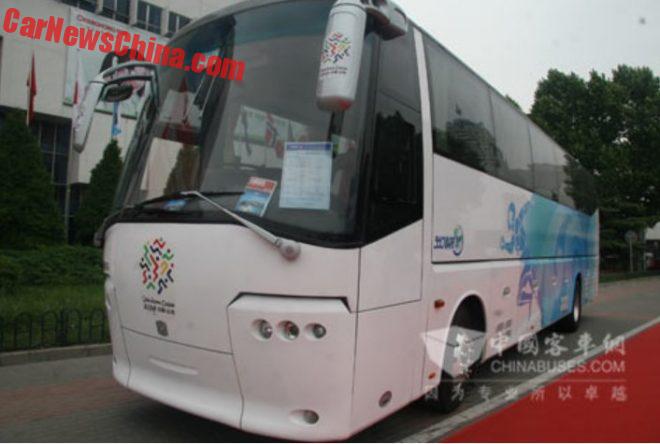 The Zhongtong Futura full-electric bus, it was designated LCK6128EV and used as a VIP bus during the 2008 Olympic Games in Beijing. 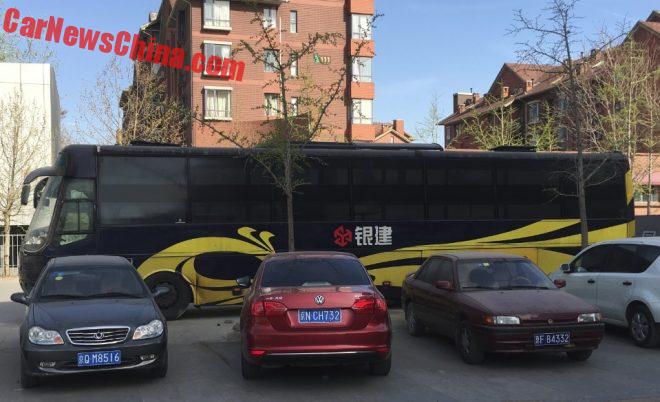 The bus that I found used to ride from Xianyou in Fujian Province to Beijing. It was operated a bus company called Beijing Yinjian.

These very-long distance buses are now obsolete due to China’s ever-expanding high-speed train network. The double-horizontal windows indicate this was once a sleeper bus, and it should be, because the distance from Beijing to Xianyou is just over 2000 kilometers! 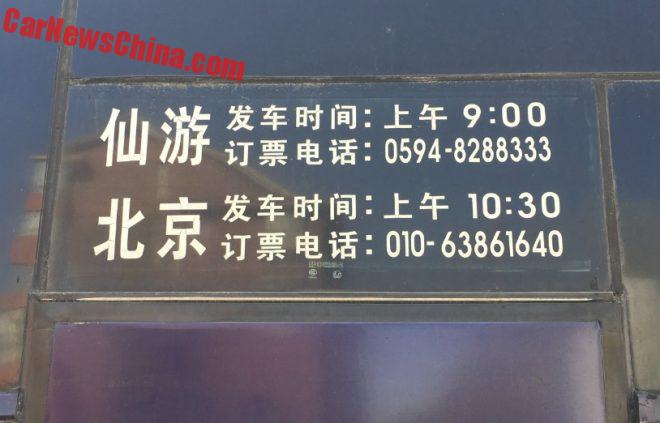 It still had the original time table above the door. 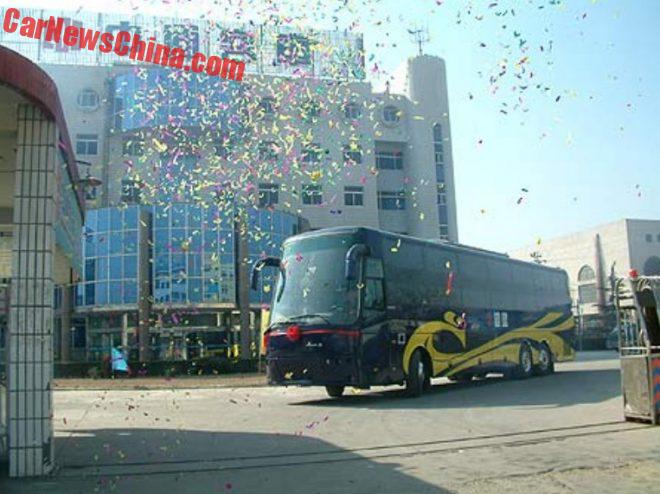 Incredibly I found a photo of exactly this kind of bus rolling out of the factory, complete with a red ribbon and confetti! Date unknown. 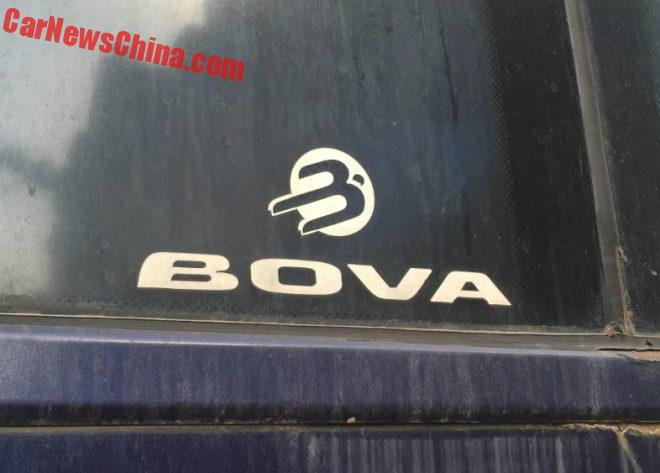 The Bova logo and name in the side window. 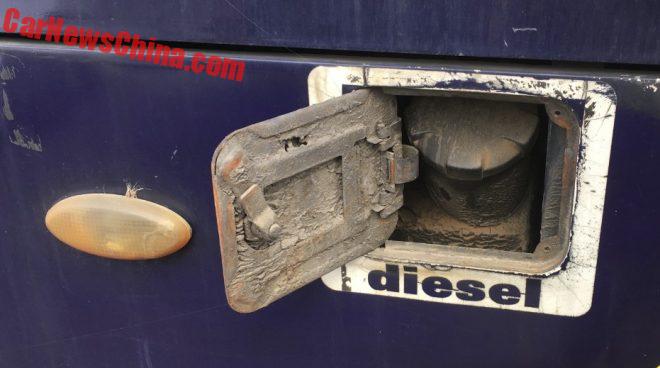 It has two fuel tanks, one on each side. 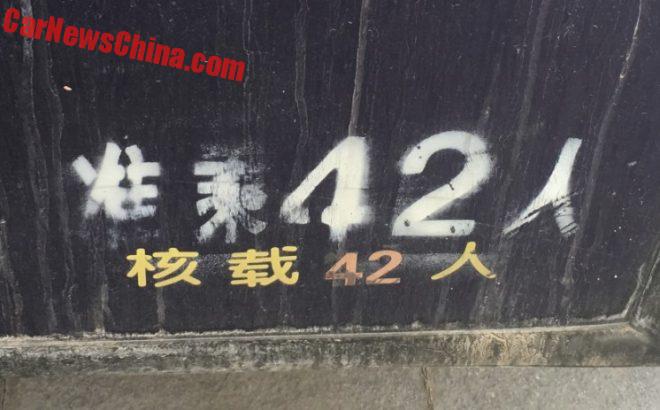 In China all commercial-passenger transport vehicles have an obligatory stamp stating their max number of passengers. In this case 42. 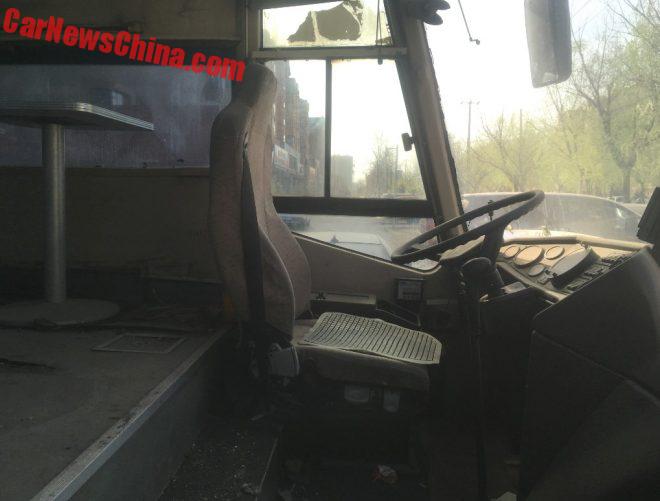 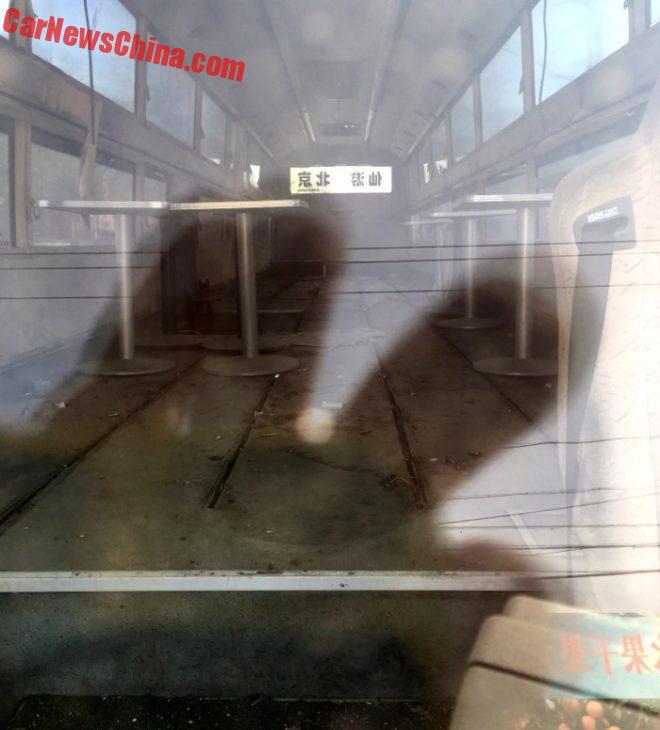 The interior was completely stripped down, the original seats replaced with a bunch of tables. Discarded buses are used for all sorts of things in China; they are turned into restaurants, storage rooms, shops, and even into hotels. This one might have been a restaurant for a while. 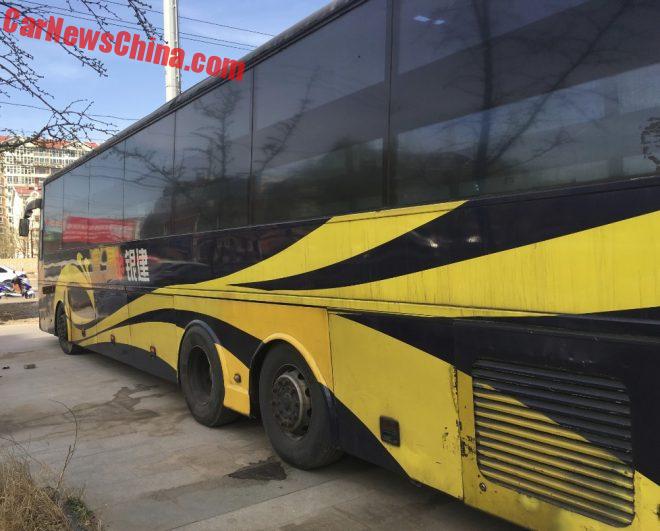 Its enormous size is still impressive. 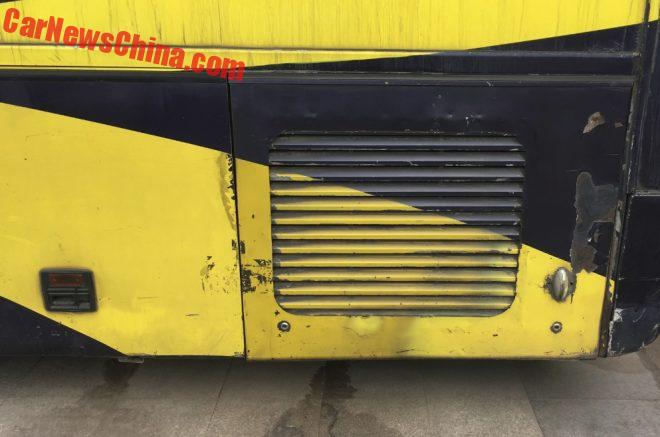 Door to the engine compartment. 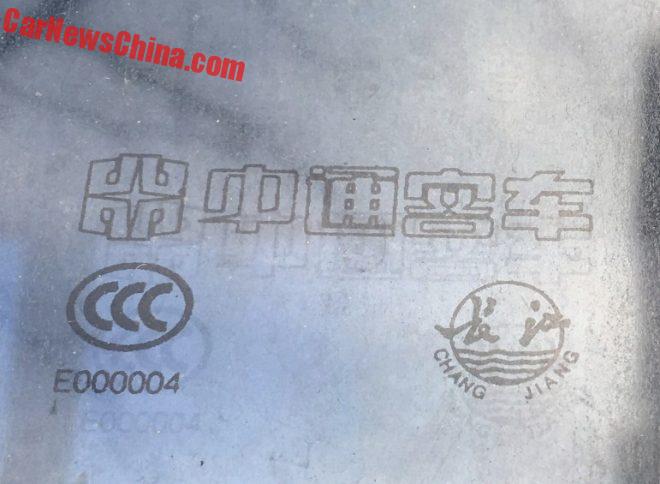 Zhongtong Keche (bus) badge edges into the glass. Chang Jiang (Yangtze River) was the company that provided the glass. They don’t seem to be in business anymore. 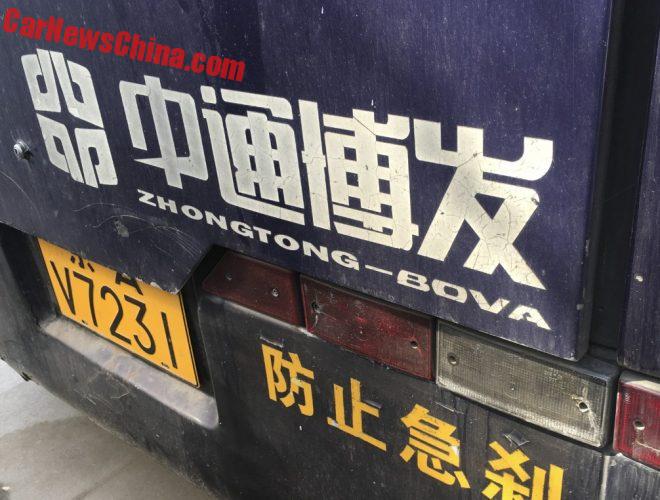 From left to right: the Zhongtong logo. 中通 = Zhongtong 博发 = Bofa, the Chinese name of Bova. 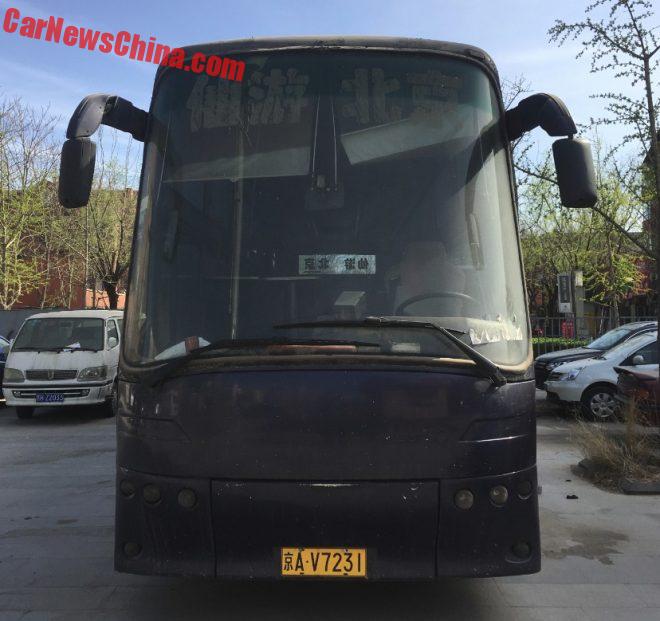 A brilliant looking bus. Characters above the window: Xianyou Beijing. 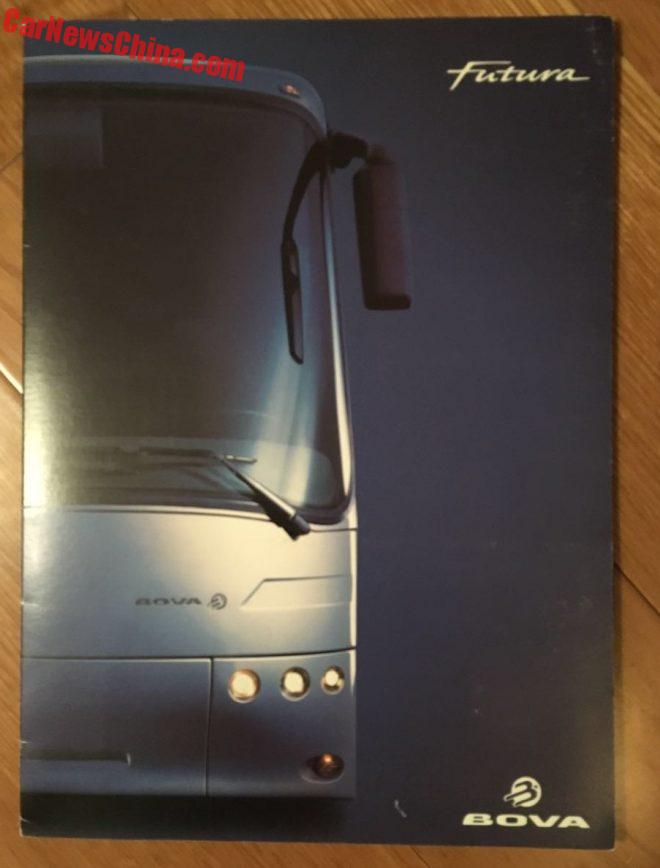 Coincidentally I have an original Zhongtong-Bova brochure in my archive. Many years ago I worked at the economic section of the Dutch embassy in Beijing as a documentalist and analyst. One of my very important duties was to archive all the brochures we got from companies that visited the embassy. One of those companies was Bova. I kept the brochure for years in the archive where it was gathering dust. When it was regular clean-out time I took it home, I just couldn’t throw it away! 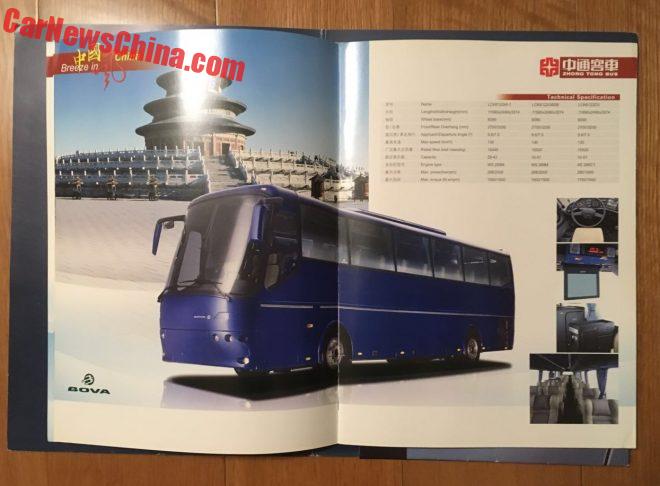 The two-axle LCK6120/6122 with the Temple of Heaven in the background. 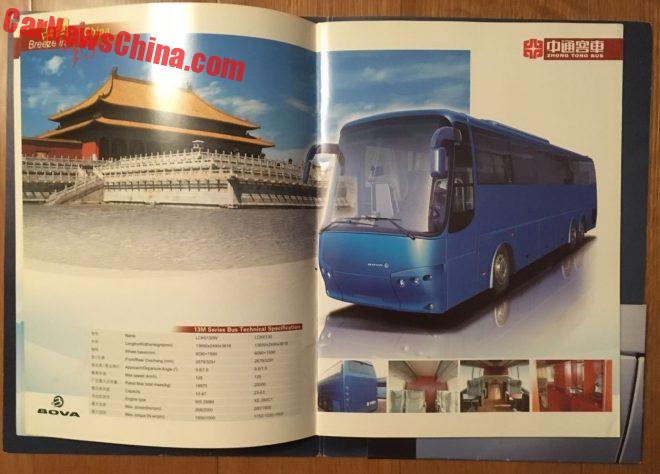 The three-axle LCK6130 with the Forbidden City. The photos show two interiors; one standard-bus and one VIP with tables and captain seats. 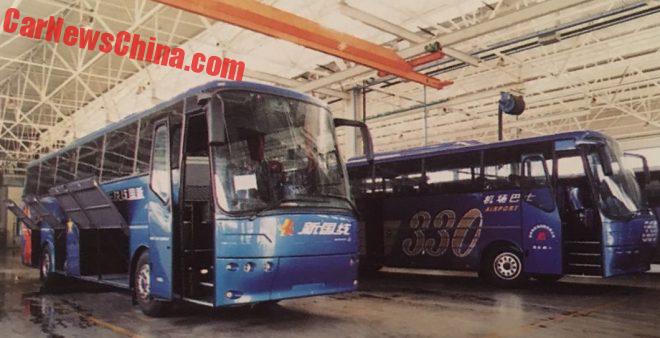 Inside the factory with the almost-finished examples. 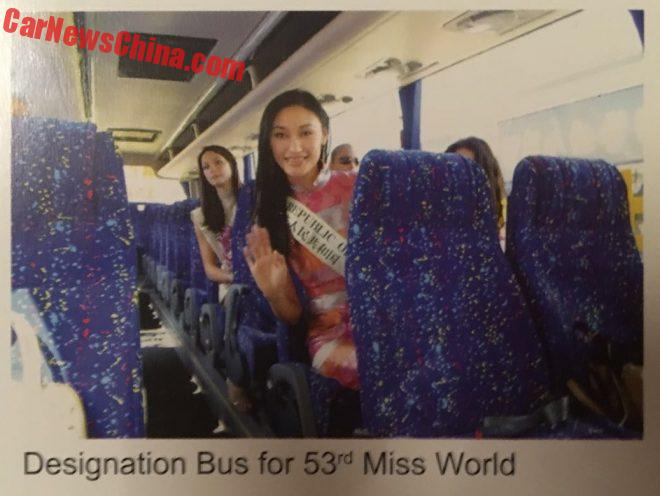 But I saved the best for lest: the Futura was designated to be the “designation bus” for the 53rd Miss World contest in 2004, which was organized in the great city of Sanya in Hainan Province in southern China. Winner was Maria Julia Mantilla of Peru. We bet she enjoyed the ride in the Bova Futura!