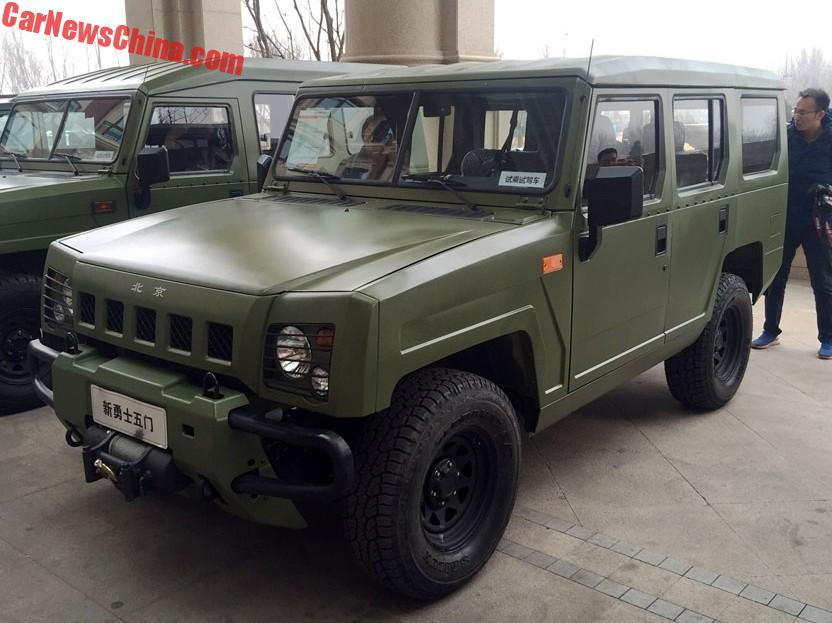 Beijing Auto is adding two new variants to the BJ2022 Brave Warrior range; a cheap ass version with a Mitsubishi engine and a expensive version with a Saab engine. Starting with the first, as seen on the first photo. It has a fixed roof and it looks the business in army green, but it is really a civilian car. It will be launched next month. Price will range from 130.000 to 180.000 yuan. 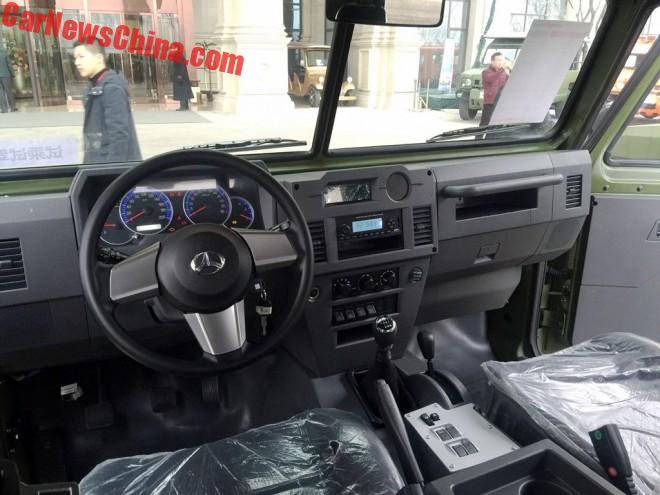 Basic design of the dashboard is the same as in all the other BJ2022’s but it comes with blue dials and a new panel for the electric windows on the center tunnel.

Power comes from a 2.0 turbo four-cylinder petrol engine sourced locally from the Shenyang-Mitsubishi engine-making joint venture. It has an output of 190 horses and 253nm, it is mated to a six-speed manual sending power to all four wheels.

This 2.0 turbo engine will also power the new Beijing Auto 008, and already powers classics like the Landwind X7 and the Zotye SR9, among many other vehicles from various Chinese automakers. 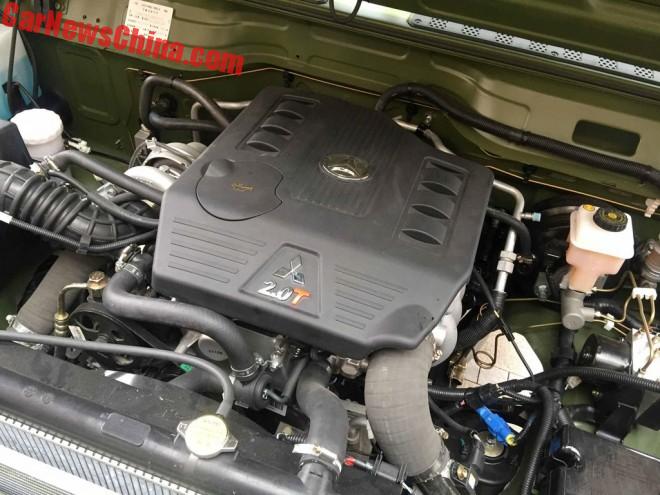 The Mitsubishi 2.0 turbo under the bonnet, with a red T. 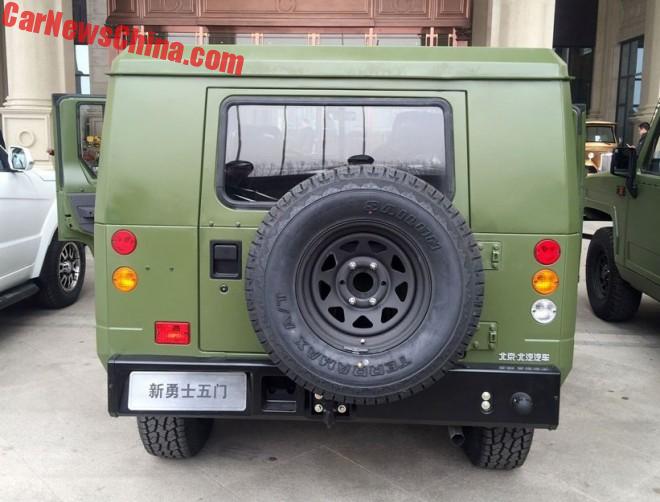 Note single reverse light on the right side. 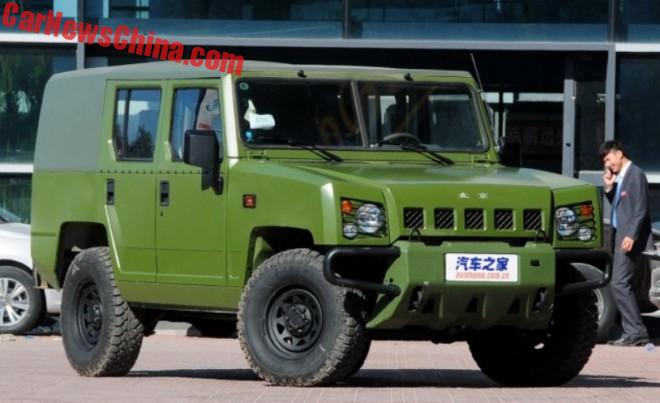