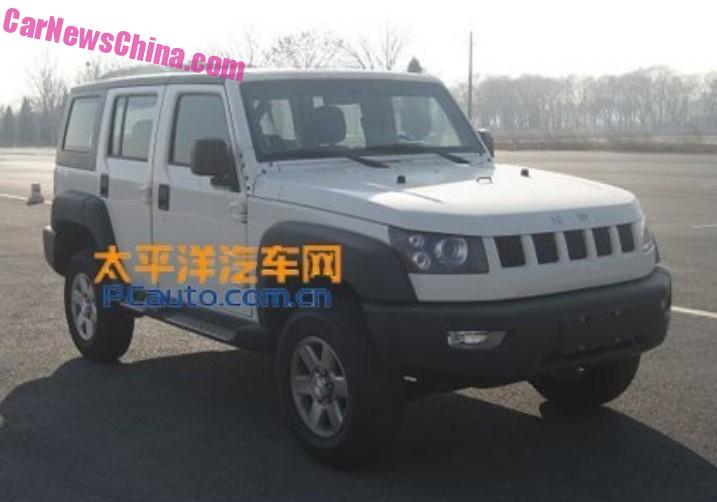 Spy Shots showing the all-new Beijing Auto BJ40L, the four-door version of the Beijing Auto BJ40. The BJ40L debuted on the Shanghai Auto Show in April and will be launched on the Chinese car market in October. 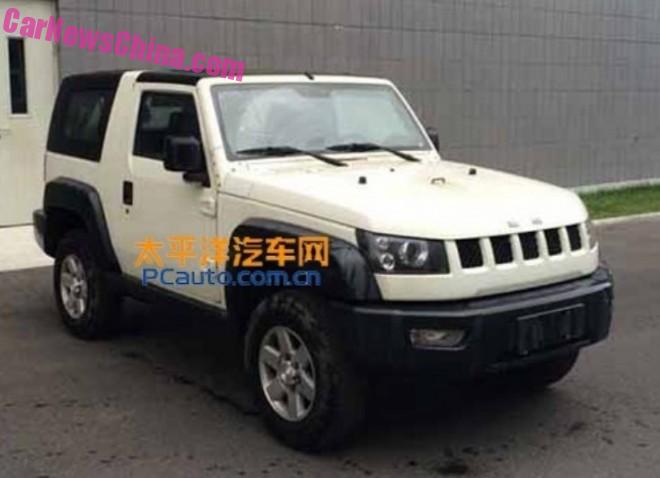 The 2.0 turbo will also become available in the regular BJ40, and Beijing Auto is finalizing work on a super sporty version (pictured) of the BJ40 which will sport said Saab 2.3 turbo with 250hp! Bring it on…