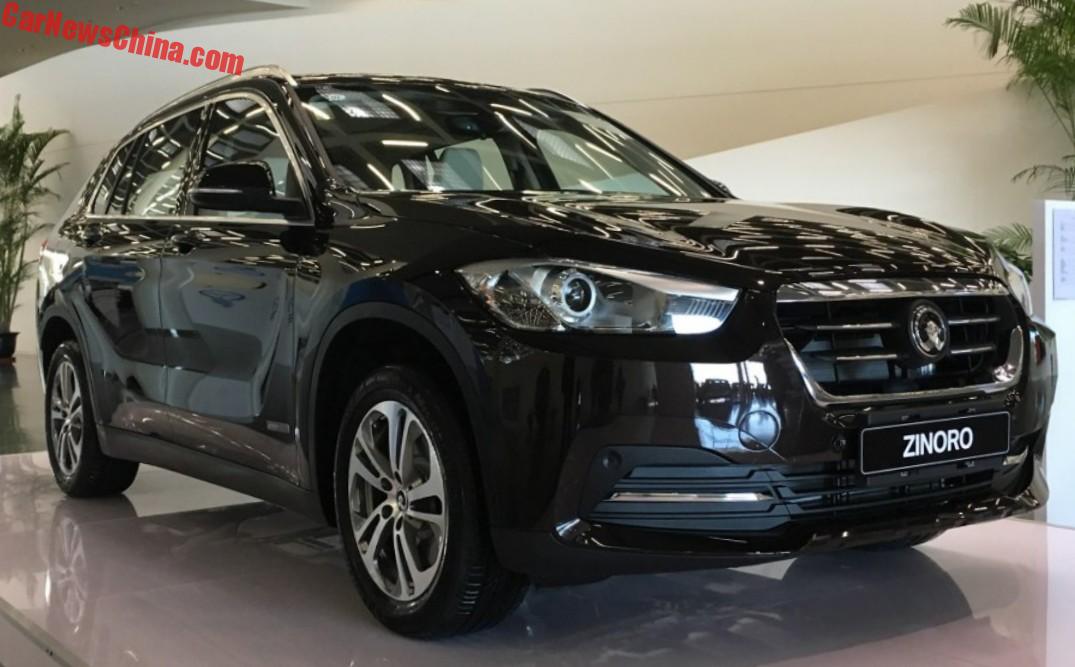 The Zinoro 60H plug-in hybrid has been launched on the Chinese car market. The 60H is the production version of the Zinoro Next concept. It is based on the long wheelbase BMW X1 Li. Zinoro is a sub brand of the Brilliance-BMW joint venture making new-energy vehicles (NEVs). 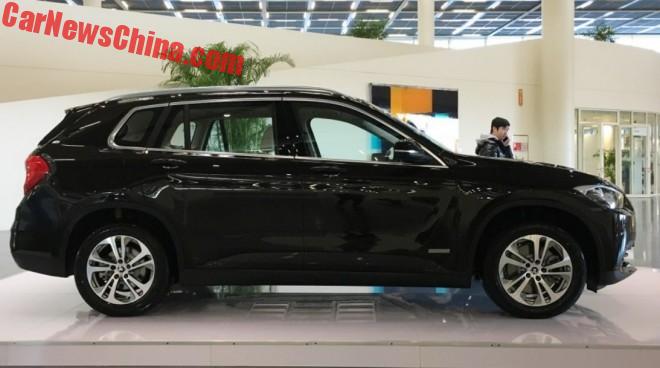 The 60H has the same power train as the BMW X1 xDrive 25Le, which is also made by Brilliance-BMW and which will hit the market later this year. It consists of a 1.5 turbo with 136hp and 220nm and an electric motor with 95hp and 165nm. Combined output stands at 231hp and 385nm.

The looks however differ quite a bit; there is a different grille, bumpers, lights, and most eye catching a entirely different D-pillar. 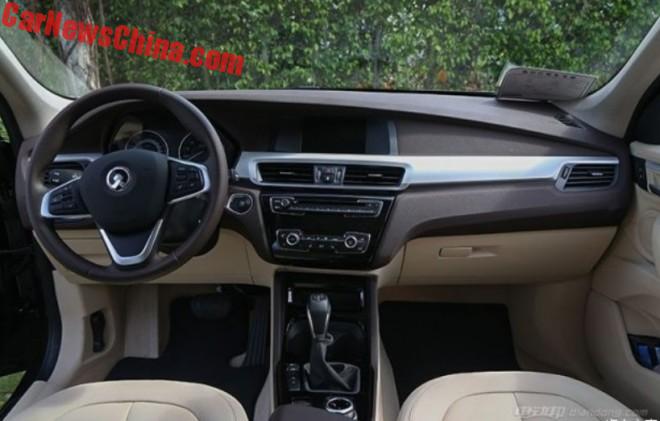 Interior as in the X1 but with a Zinoro badge on the wheel.

Price for all this pretty is 313.000 yuan ($45.000) including all green-car subsidies. BMW has stated that is will also launch lease and sharing schemes, but when and how is yet unclear. 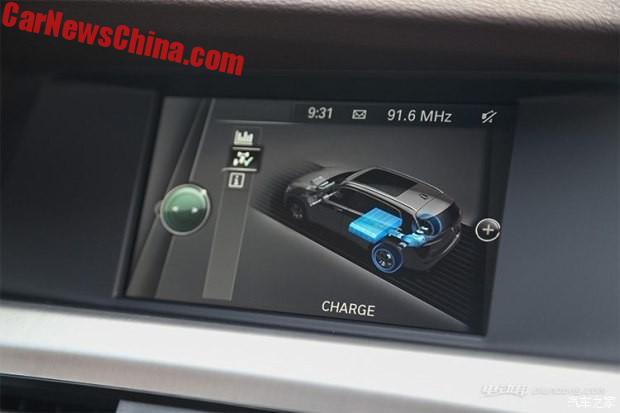 The electric motor powers the rear axle so the 60H is essentially a four-wheel drive car, hence the xDrive tag in the name of the BMW variant. 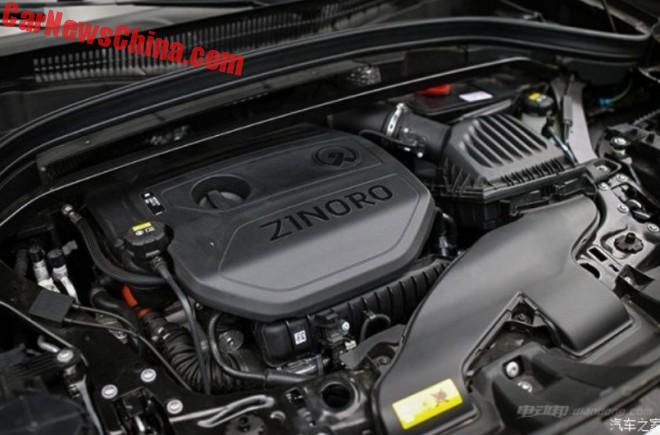 The Zinoro name proudly on the engine cover. 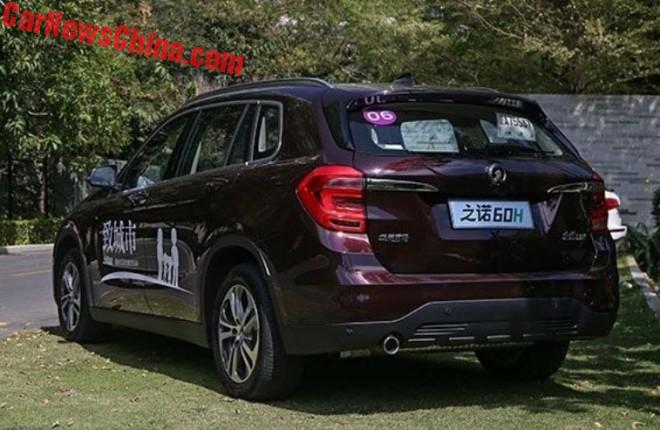 Single pipe on the left. BMW will gradually add new models to the Zinoro range, including EVs and PHEVs. All will be based on existing BMW cars and they will initially be sold via BMW’s exiting dealer network. 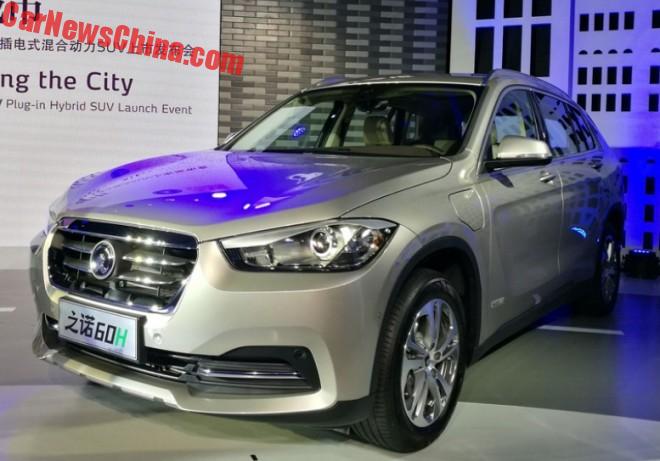 A BMW without the kidney grille. Not bad, actually.