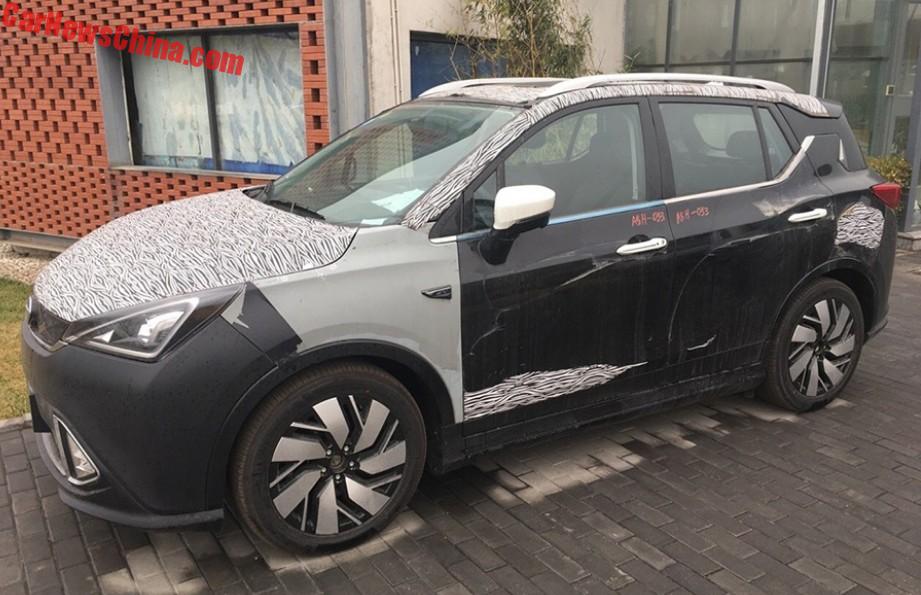 New Spy Shots of the upcoming Guangzhou Auto Trumpchi GE3, an electric crossover SUV for China. It debuted in semi-concept form on the Detroit Auto Show in January and we saw the first pictures of the production version in February. The Trumpchi GE3 will be launched on the Chinese car market during the Shanghai Auto Show next month. 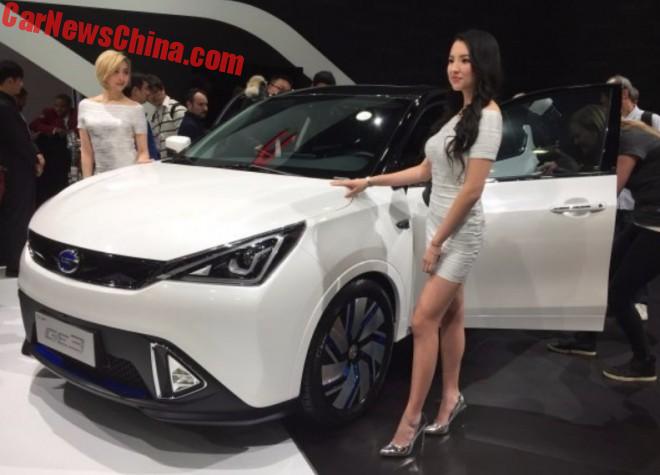 The GE3 in Detroit, with a Chinese little lady with impressive air bags. 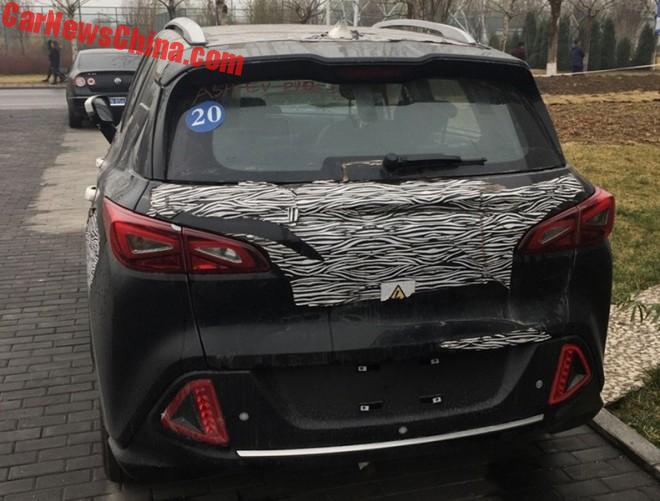 The GE3 stands on a new platform especially developed for electric cars. It will also underpin an MPV and a sedan. 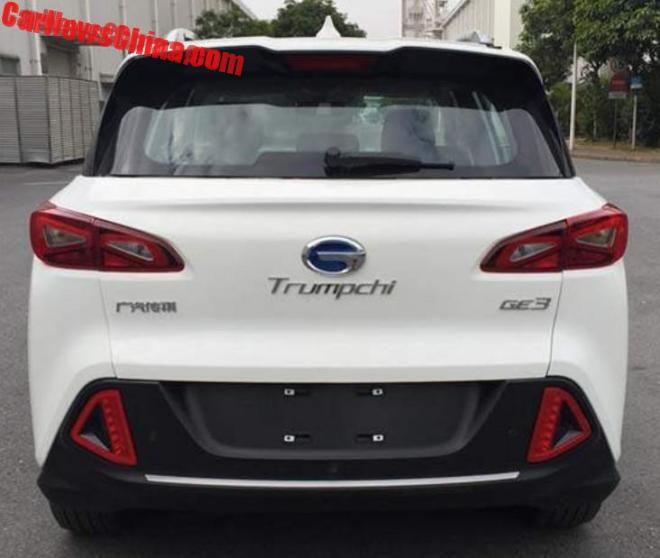 Earlier photo of the production car with the Trumpchi name tag under the blue Guangzhou Auto badge. blue is the color of green in China, almost every EV or PHEV has blue badges or a blue grille. 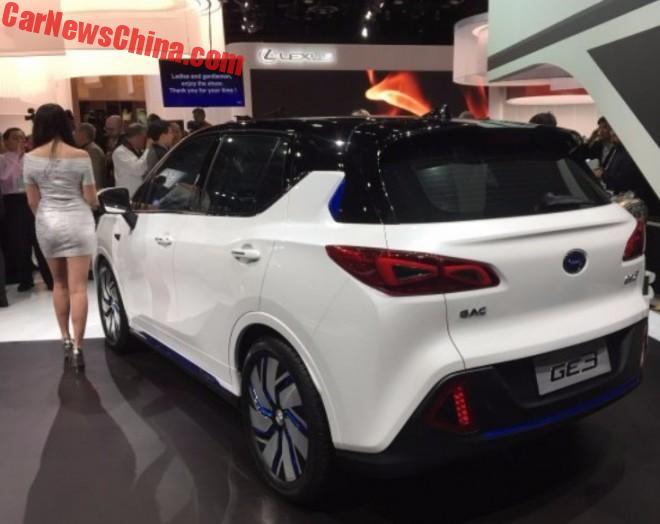 Back in Detroit. She’s got great bags at the rear as well. No Trumpchi name on the rear, likely because Guangzhou Auto was not looking for a connection between their Chinese cars and the new president. 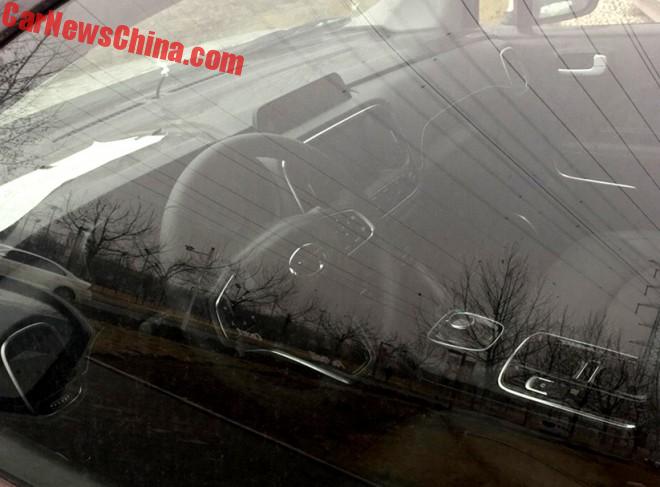 First look at the interior of the production car, and it looks 100% similar to the… 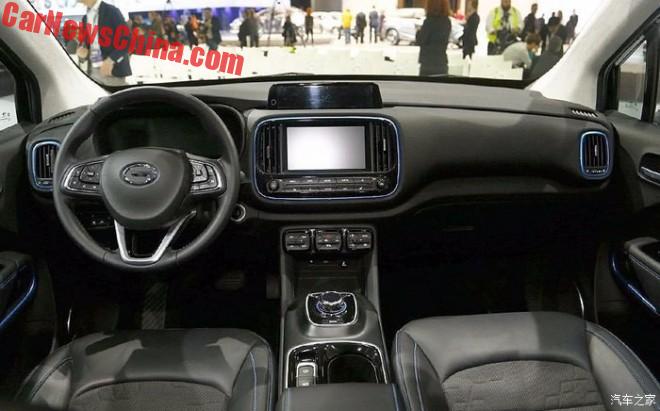 … Detroit car, even including the ‘green’ blue lines around the air vents and screen. Drive selector knob on the tunnel, with an electronic parking brake and a double-cup holder. 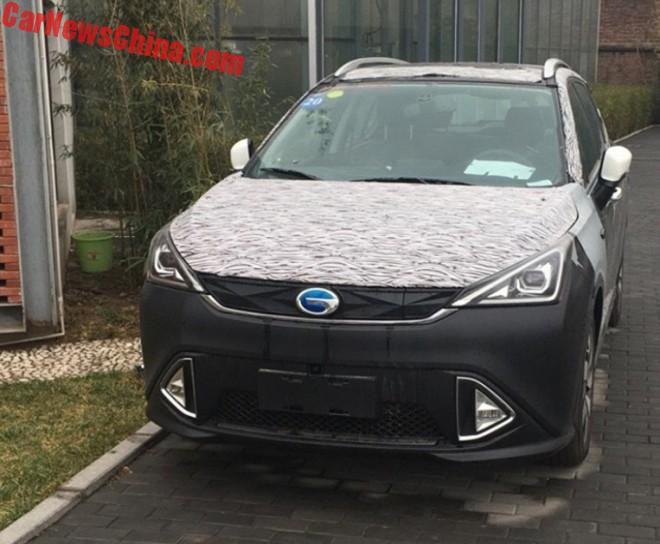