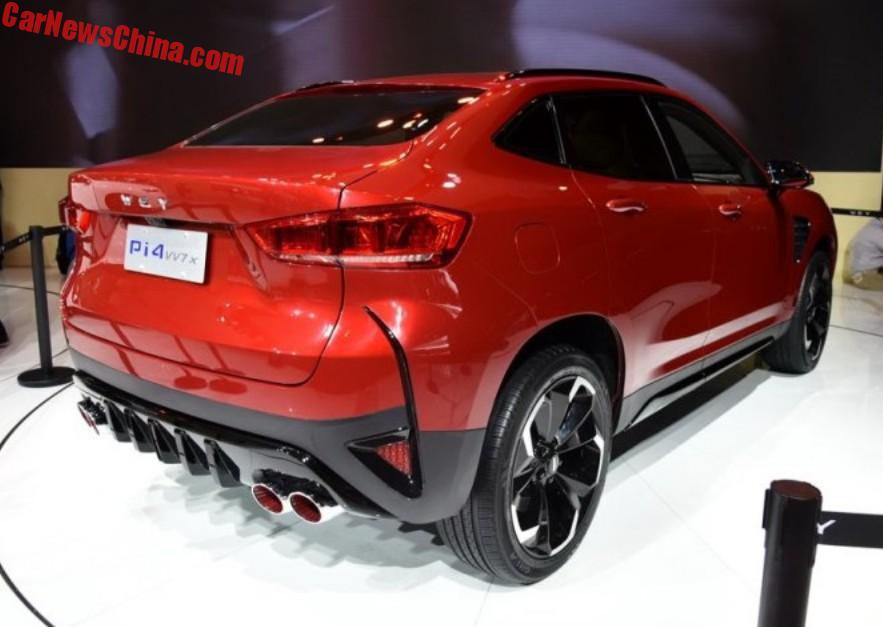 WEY wins the prize for the Best New Car Name (BNCM) on the 2017 Shanghai Auto Show in China. This red vehicle is called the Pi4 VV7x. So easy to remember, so easy to pronounce, so easy to write down, so catchy! Just say it slowly… Pi4 VV7x. Wonderful! Congrats to WEY. 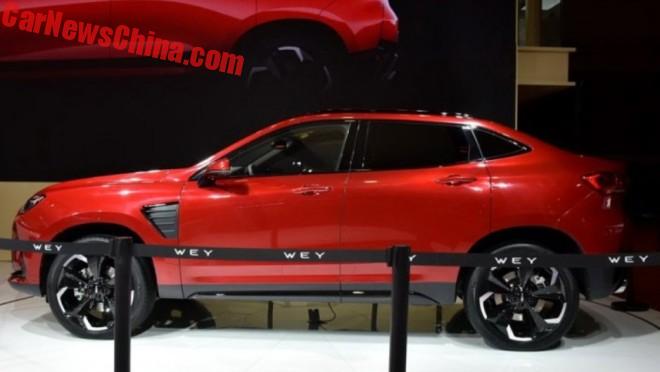 It previews an upcoming SUV coupe based on the WEY VV7 SUV. But where the latter looks good the Pi4 VV7x does decidedly not. IT is okay until the C-pillar but from there on the lines become amess. The rear fender stands too high, pushing up the entire rear end, emphasized by a tiny window. 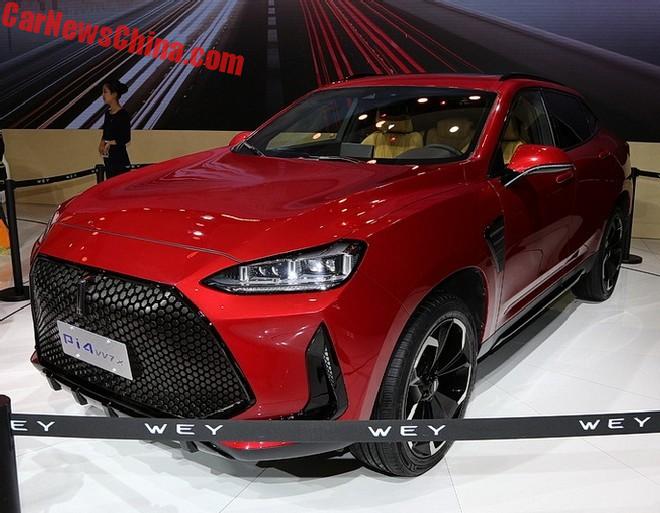 The front isn’t much better with a truly monstrous black grille. Lexus is impressed! The lights are nice but they are fitted in an ugly black frame. Then there are black fake air-inlets on the sides of the bumper and a fake air outlet on the front fender. 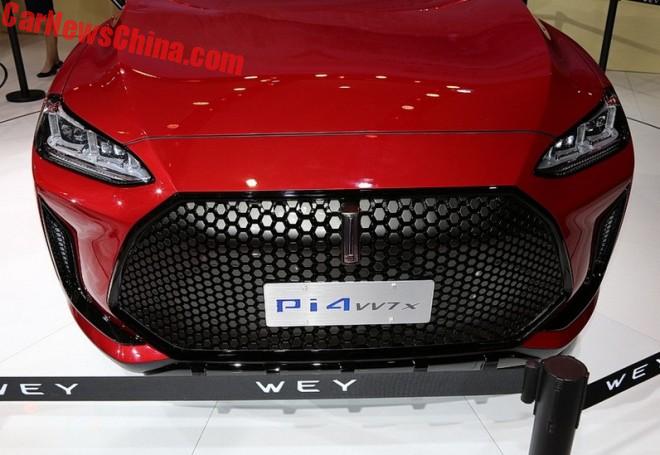 My eyes are closed as I type this. A SUV coupe is a good idea for the new WEY brand but I guess they got to get back to the drawing board and come up with something better. And with a better name. Pi$ VV7x… damn, PI4…, damn PI4 VVV… damn, Pi x… damn, I can’t type it!, is just not good enough. 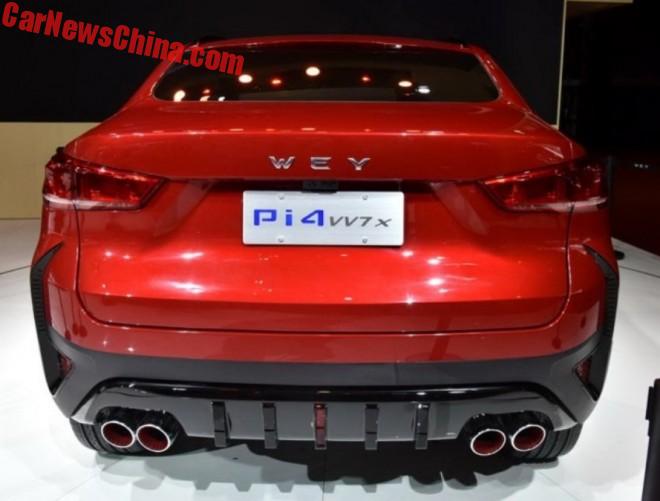 Just look how tall that rear end is. They tried some sculpture on the hatch to make it look less gigantic, with a sort of hole around the license plate holder. Didn’t work. 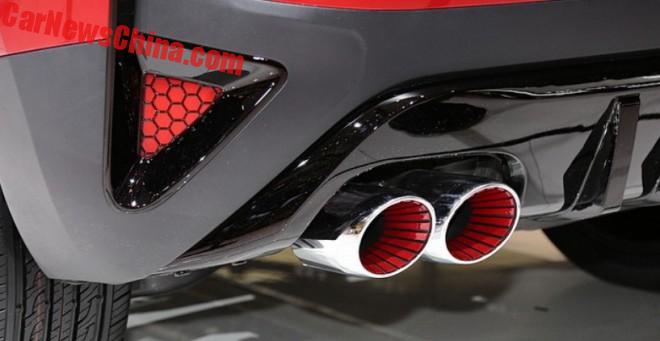 The pipes with a colored inside are the one and only ultra cool thing on the whole car. I truly hope we will see this on production cars. 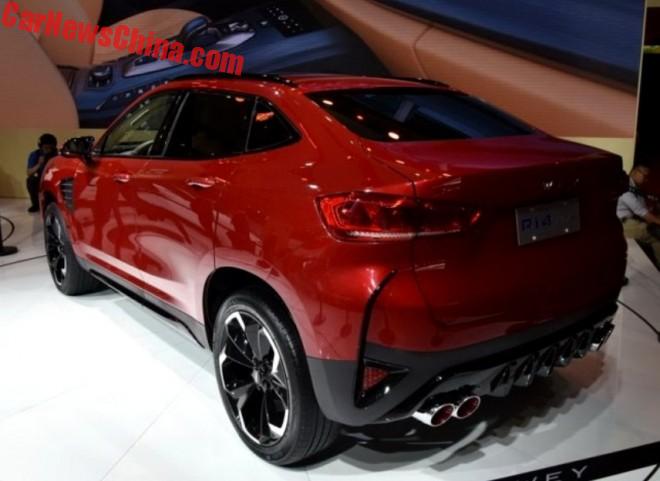 Lights don’t seem to fit very well. A bit of a difficult car this Pi4 VV7x is, and I typed that in one try, with my eyes on the keyboard. So there might be hope. All fuzzy aside, it seems that Great Wall is just a bit too busy with Haval and WEY, launching at least one new car every single month. With so much going on mistakes like the Pi4 VV7x can happen.