The Cars Of The Revival2K17 Tuning Show in China Part 5 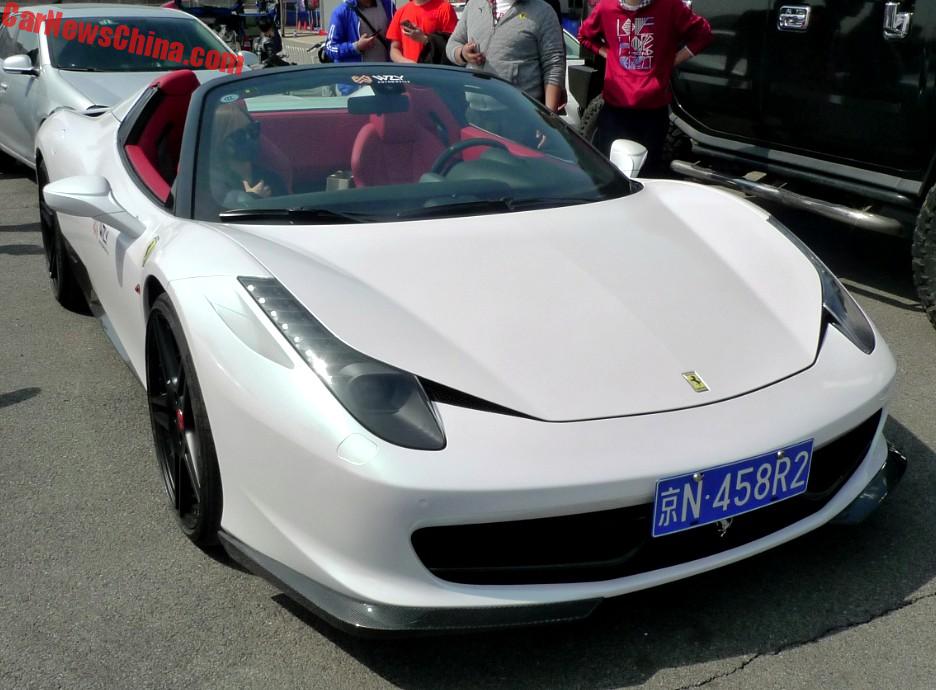 Time now for Part 5 of our coverage of the Revival2K17 tuning show on the Goldenport race track in Beijing. Starting with a virgin white Ferrari 458 Spider with black wheels, a red interior, a girl wearing sunglasses and a mask, and a matching license plates that beheads the prancing horse. 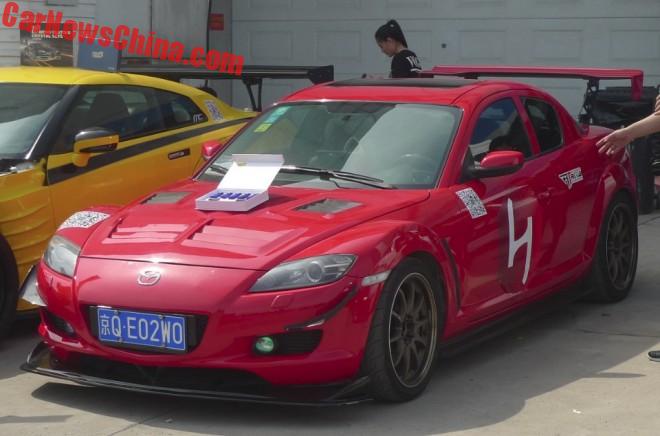 A racy Mazda RX8 with vents in the bonnet, an ultra low front lip, winglets under the lights, and a big bad wing on the back. 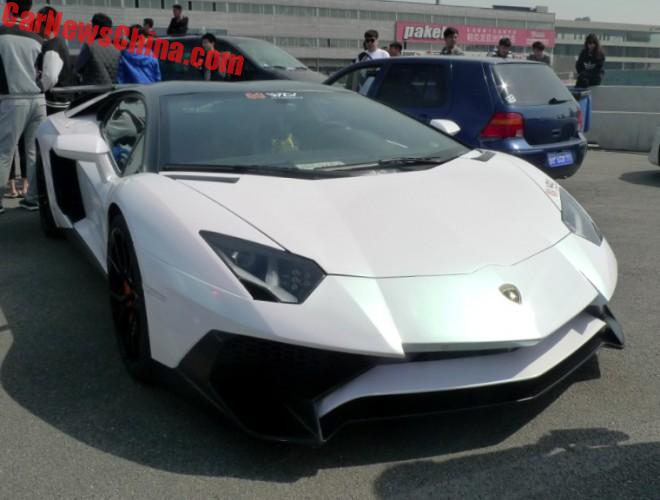 Lamborghini Aventador SV Roadster in white with a black roof and black wheels. 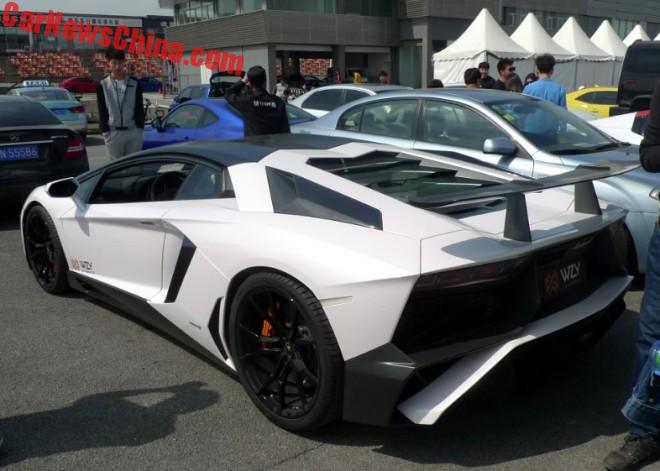 The SV comes with carbon air intakes, a huge carbon ‘hanging’ wing on the rear deck, and a racy rear bumper. 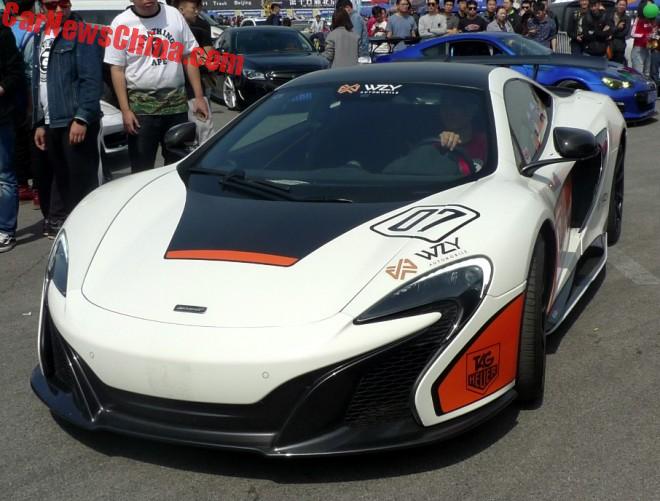 McLaren 650S with a shipload of ugly stickers. 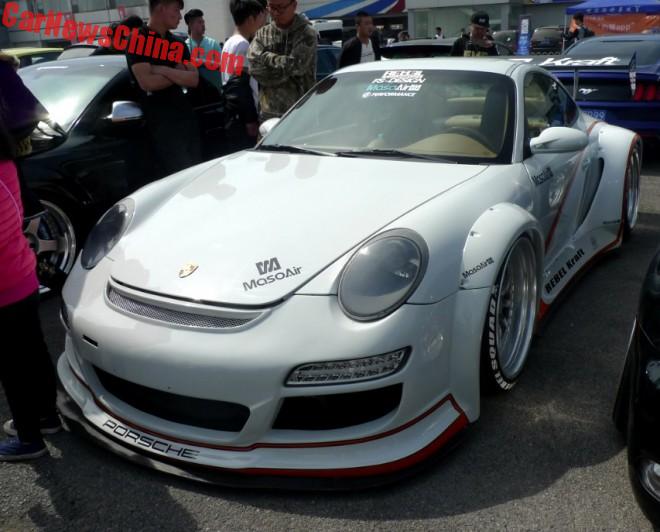 A masterly Rebel Kraft Porsche 911 with a wide body kit and slick-like tires. 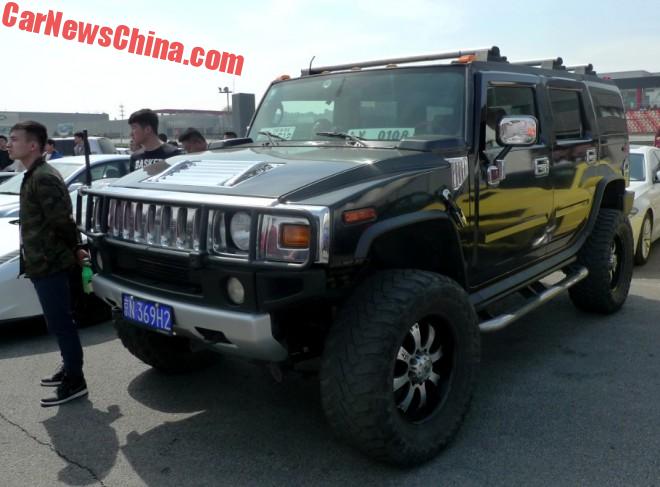 Hummer H2 on raised suspension and big wheels, with a matching license plate. 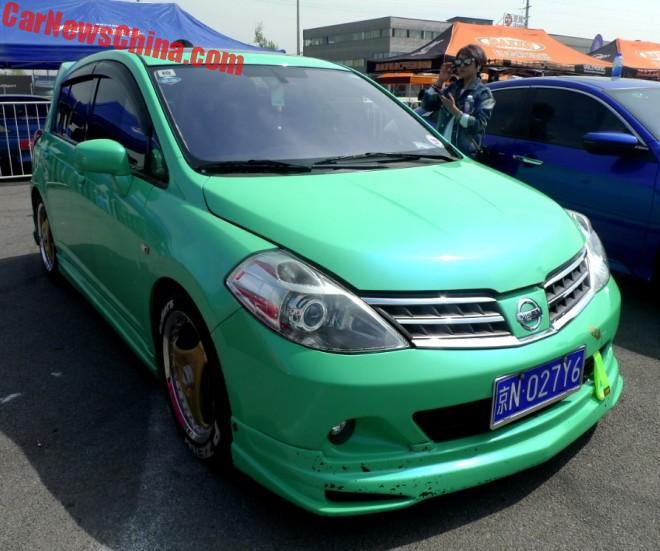 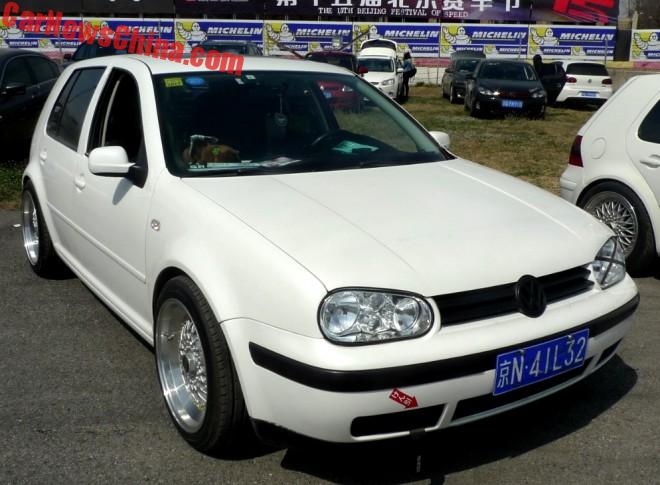 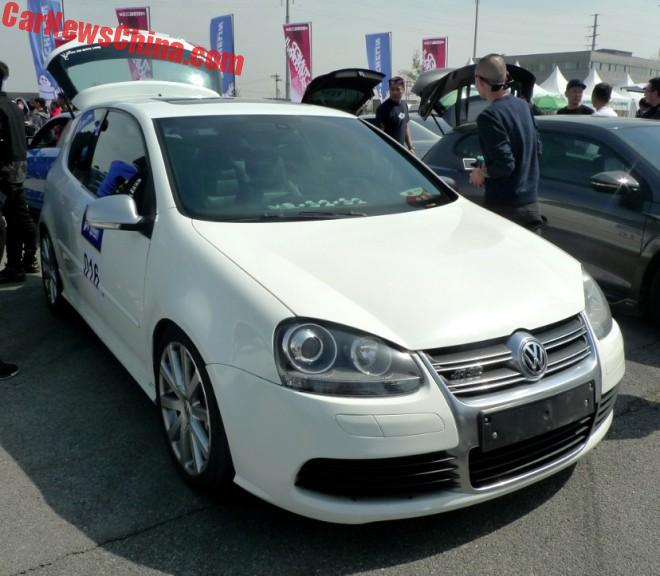 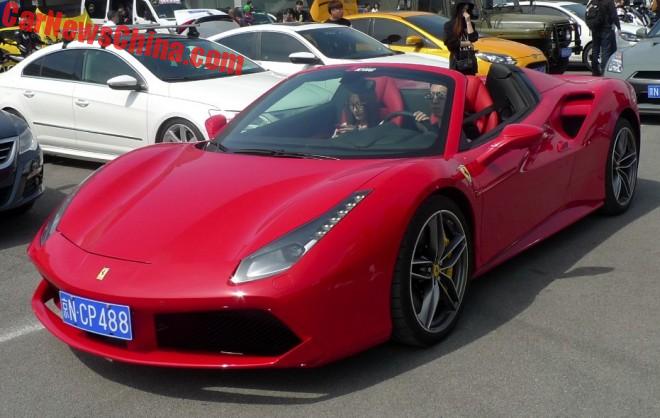 Ferrari 488 Spider with red seats, a matching license plate, and a lady looking at her phone. 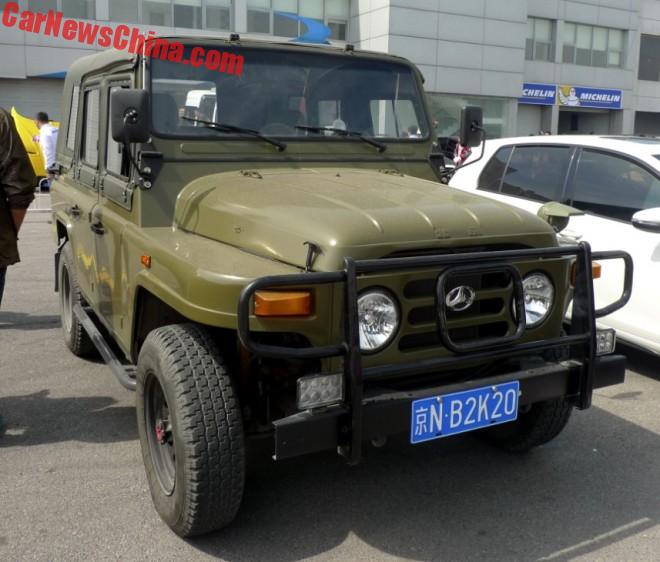 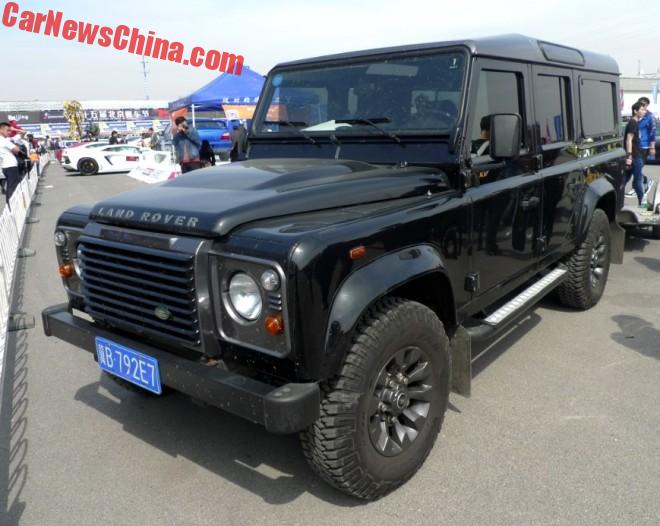 The Defender looks boring in comparison. 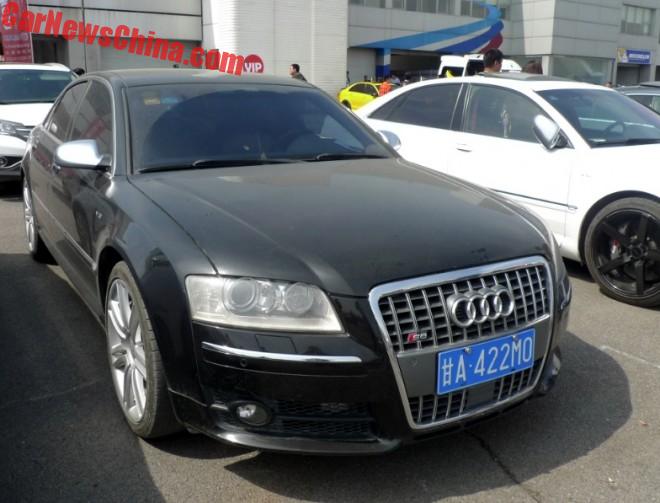 Double Audi S8 V10. One in black and on the right… 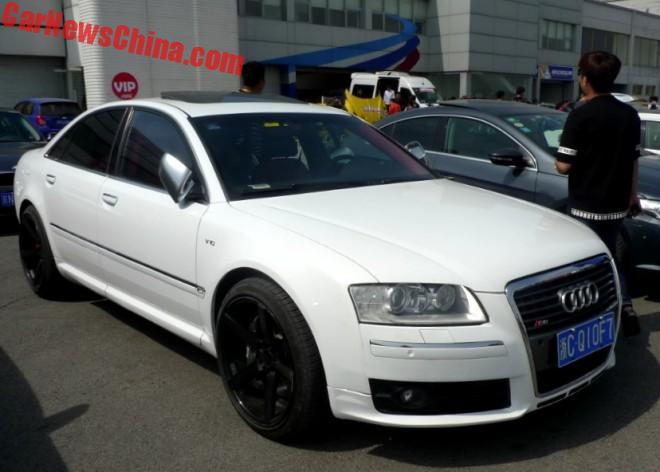 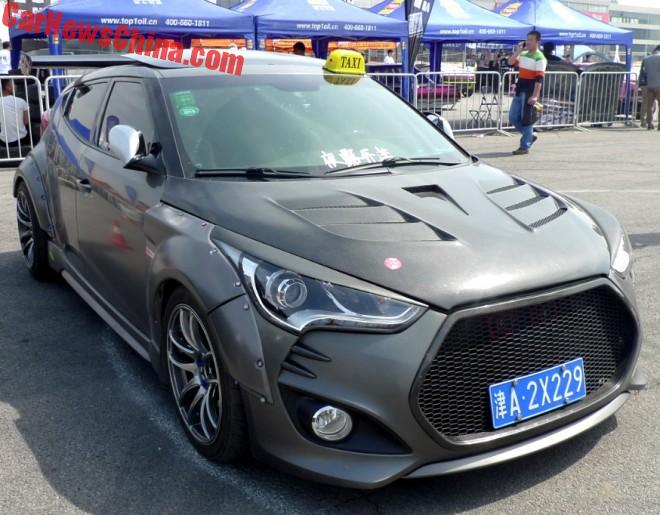 A gray Hyundai Veloster taxi cab with a massive body kit, air vents in the bonnet, an all-eating grille, and a big wing on the back. 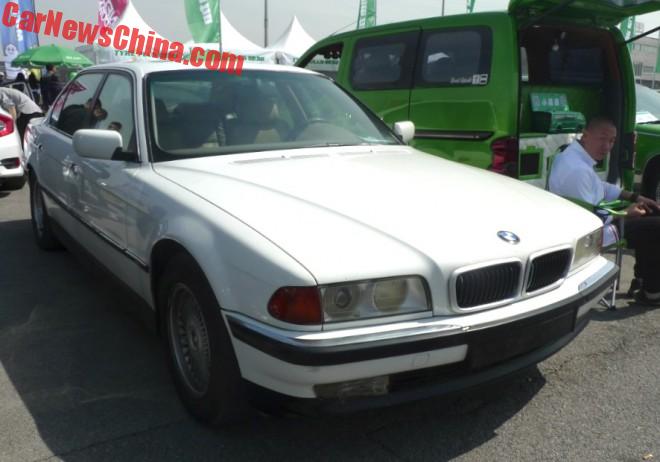 A completely original BMW 740 iL, with… 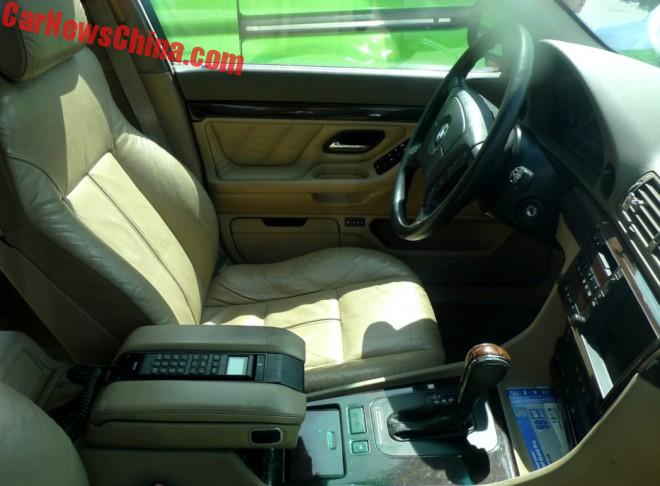 … the factory car phone installed in the arm rest! 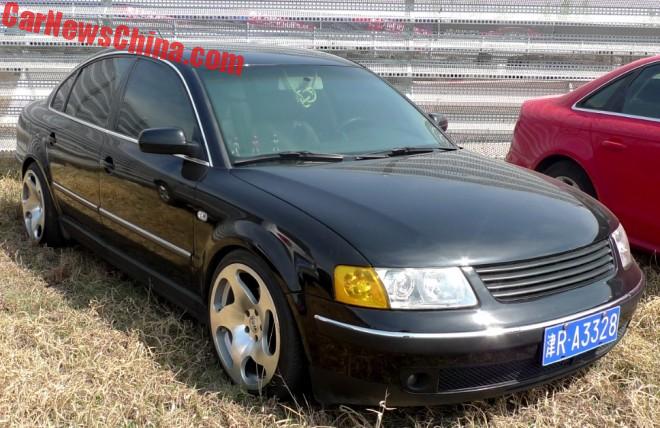 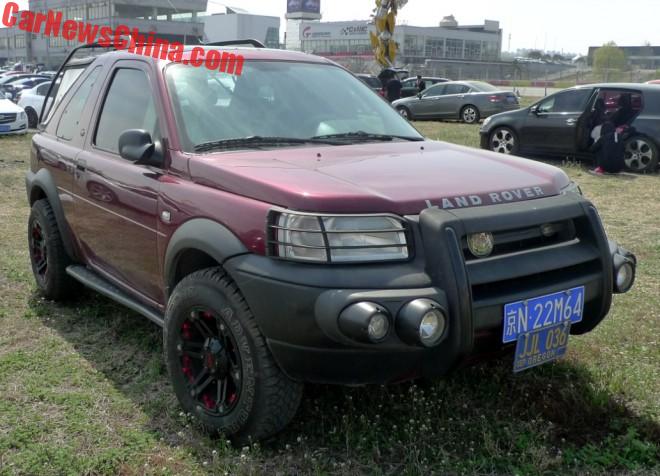 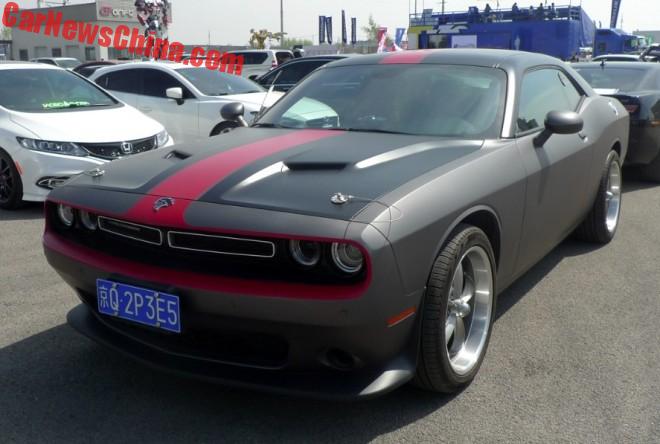 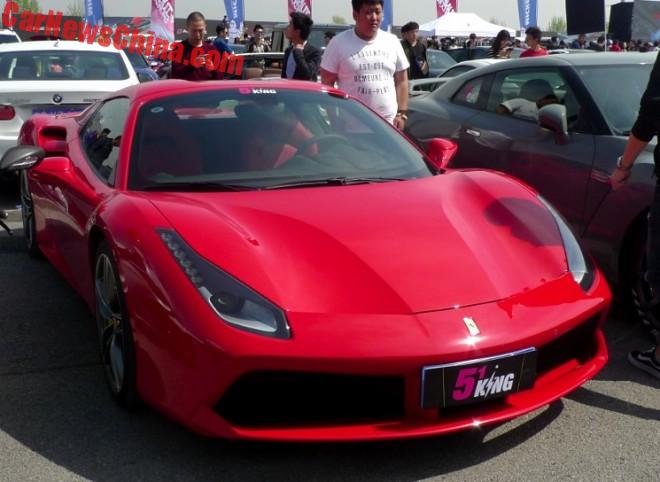 A Ferrari 488 in a kind of red more red than Ferrari red. Very beautiful. 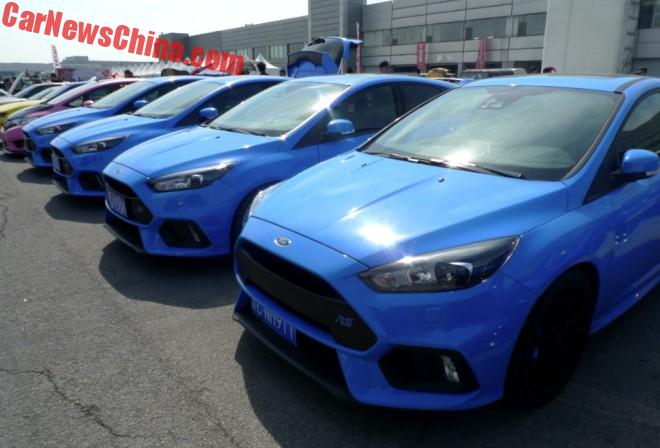 Five times Ford Focus RS, all in blue with black wheels. The base Focus is made in China, but the speedy RS is an expensive import. 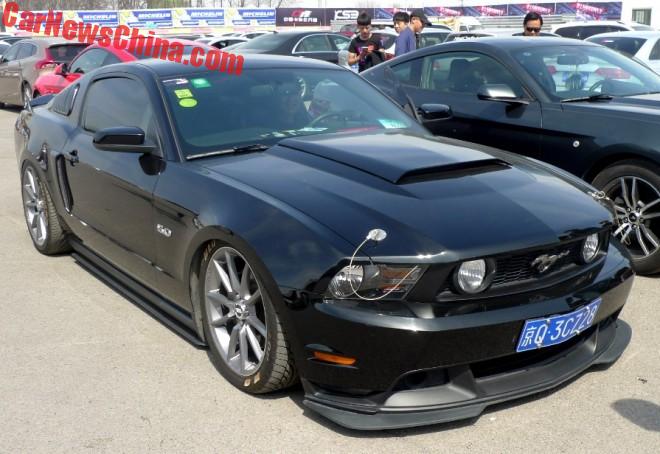 Low riding Ford Mustang 5.0 in a dark shade of black with an air intake on the bonnet. The owner was in the car, he said it had 600 horsepower, he then started it and it was LOUD! Car alarms went off and my old and tired started to beep. Impressive machine. 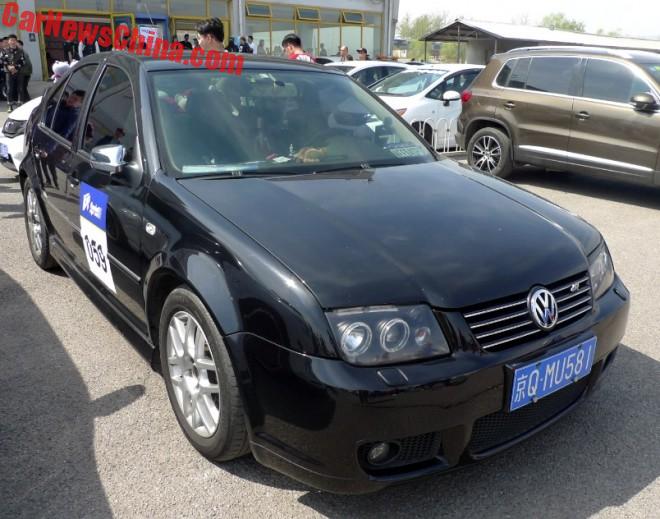 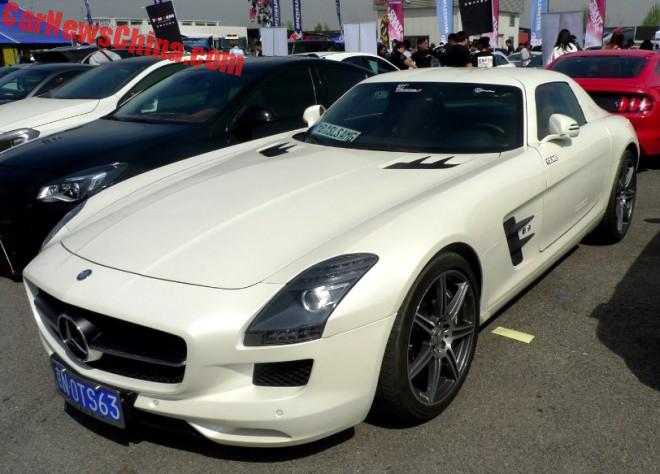 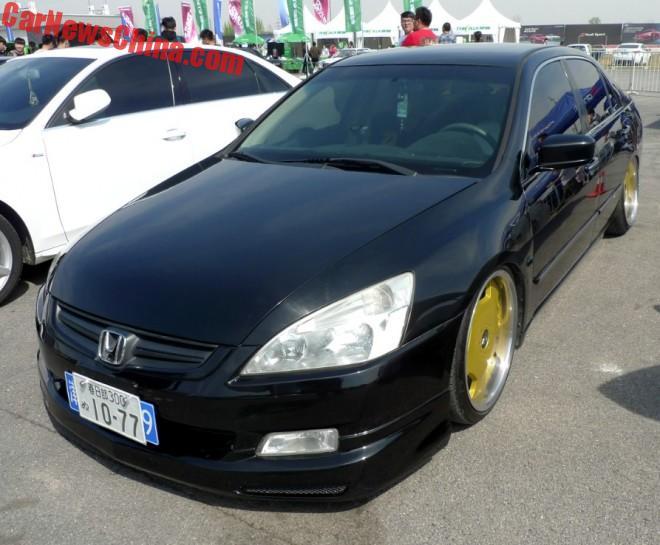 Low riding Honda Accord, in black with yellow-shiny wheels. An unusual car to modify, but it worked out very well. 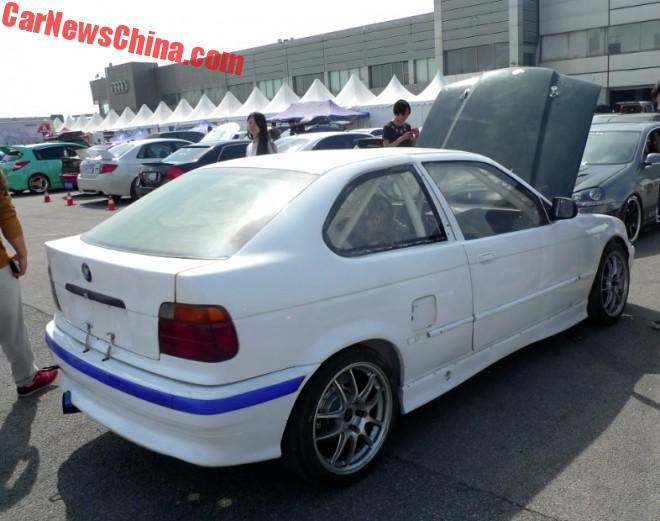 And we end this Part 5 with a little game: guess what is under the bonnet of this white BMW Compact? 1… 2… 3… Guess now! Here we go: 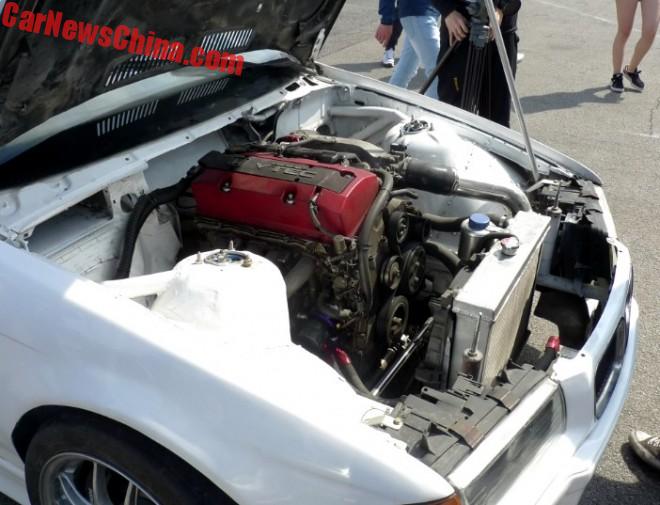 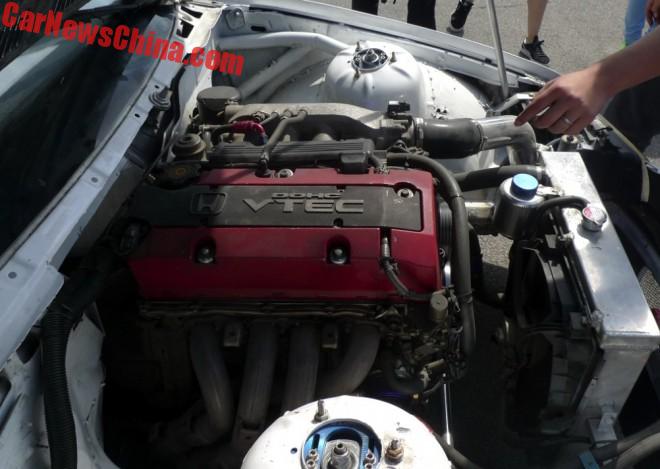 Honda VTEC! What a fuzzy idea. Car is used for sprint races. Has 400 horsepower. That is indeed more than the original BMW engine pulled out.

Next article with a Toyota Trueno.