Hongqi H5 Sedan Is Ready For The Chinese Auto Market 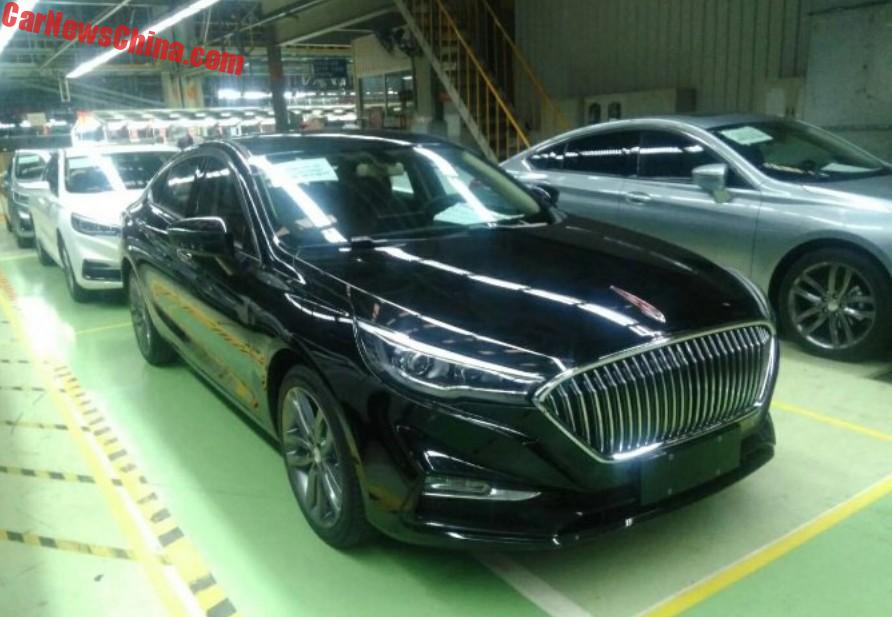 A flock of new photos of the Hongqi H5, a new mid-size sedan for China’s famous Hongqi (Red Flag) brand. The final production version of the H5 will debut on the Guangzhou Auto Show next week and launch on the Chinese market just before year’s end. 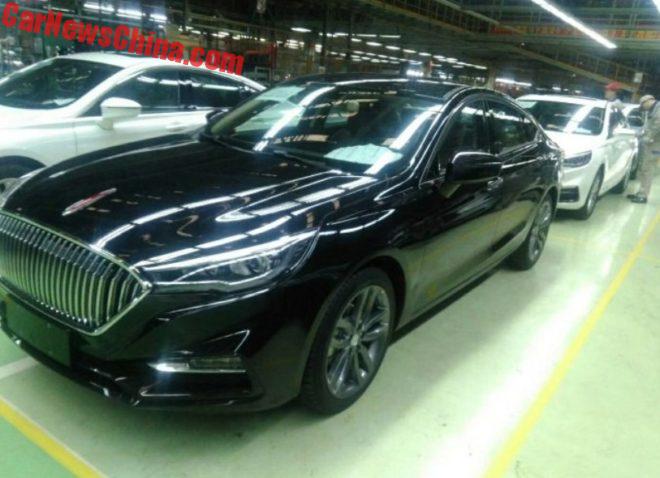 A whole bunch of brand new units were seen in the factory in Changchun, Jilin Province.

The Hongqi H5 is based on the Mazda 6 Atenza that is made in China by the FAW-Mazda joint venture. FAW, or First Auto Works, is also the owner of Hongqi.

Lone engine is a 1.8 turbo with 178hp and 250nm, mated to a 6-speed automatic. This engine is very old, based on a Volkswagen design an used in many other FAW products. Further in the future Hongqi might add a 2.0 turbo and a hybrid to the lineup, but that hasn’t been confirmed yet. 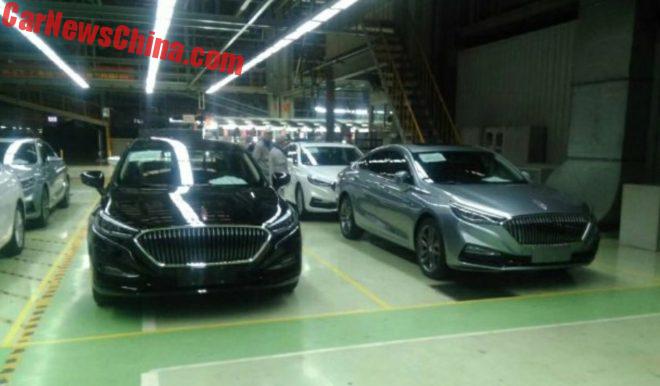 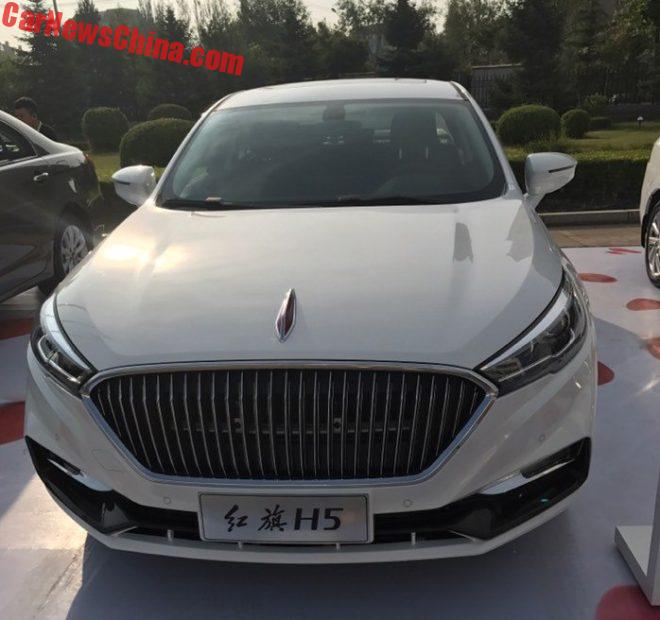 Another set showing the H5 amid other FAW products on what seems to be some sort of dealer event. On the left side the Hongqi H7, on the right the Besturn B90. Note the red flag ornament on the hood, very visible on this white colored car. 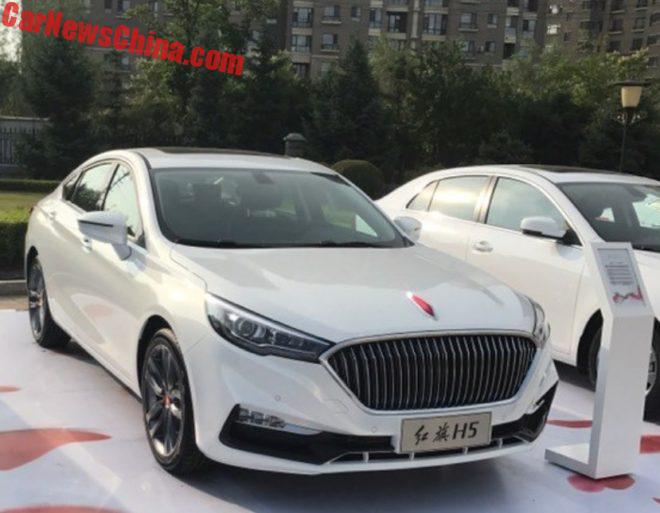 The mirrors are gigantic, compare their size with the mirrors of the B90 on the right. 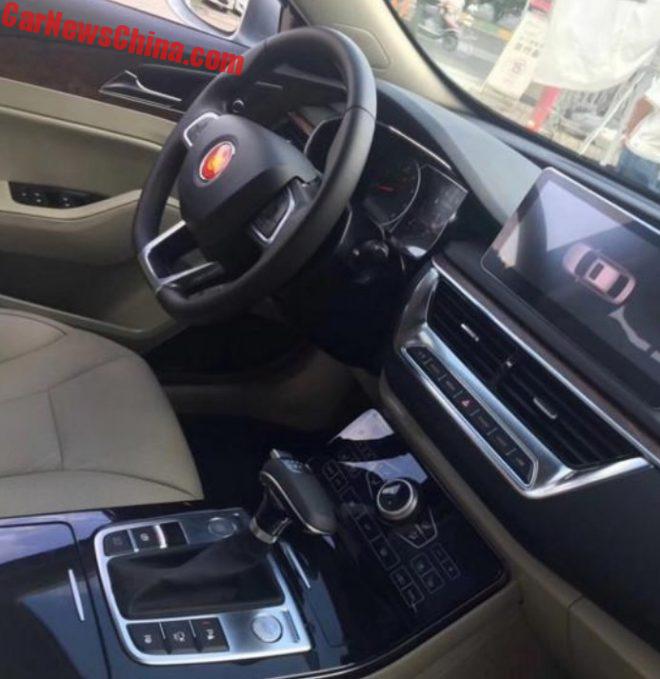 The dashboard with analog dials and a freestanding touch screen. 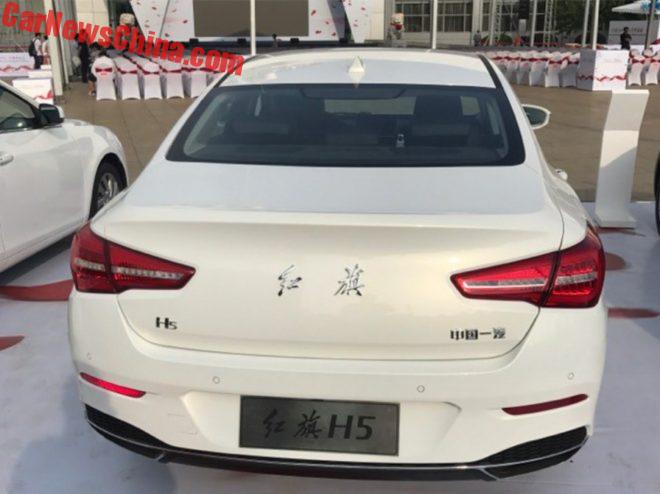 The beautiful handwritten Hongi badge at the back. Spoiler neatly integrated in the boot lid. Now, one can wonder whether a big sedan with just 178 horses under the hood really needs a spoiler. Turns out that is does:

Yes, the H5 went out racing. It participated in the Kunlun Lubricant China Car Performance Challenge in the greay city of Yancheng in Jiangsu Province. The H5 won, beating an Audi A4L and a Cadillac ATS-L. The win earned them a nice price in a brown frame: 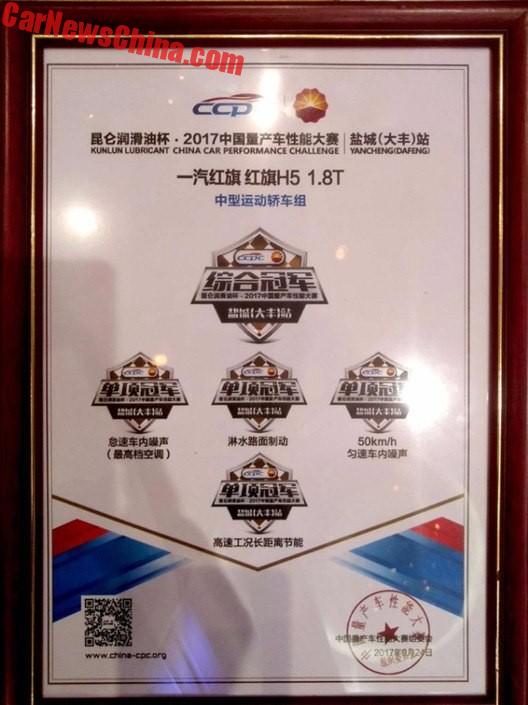