This Is The New BYD Tang SUV For China 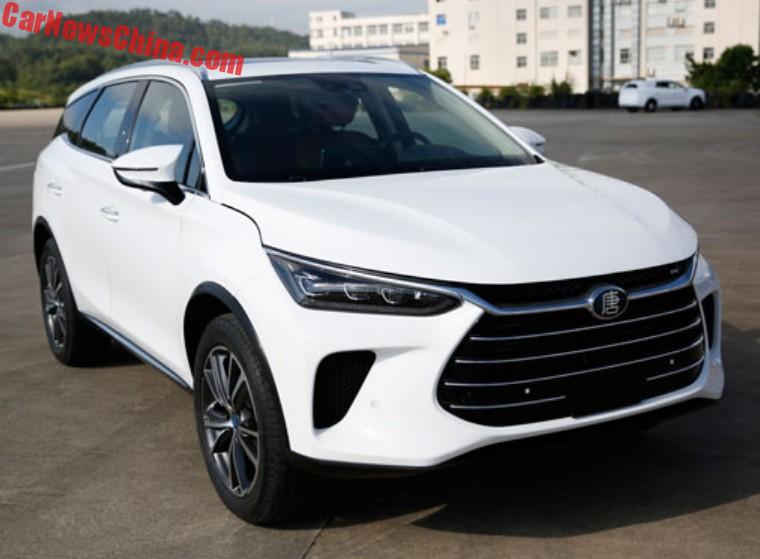 This is the brand new BYD Tang, looking super sharp with a big black beak and mirrors that look like a weapon. The new Tang will hit the Chinese car market in April next year.

The photo, taken at the BYD factory in Guangdong, also shows a camouflaged car. It seems larger than the Tang, likely a new seven-seat SUV. 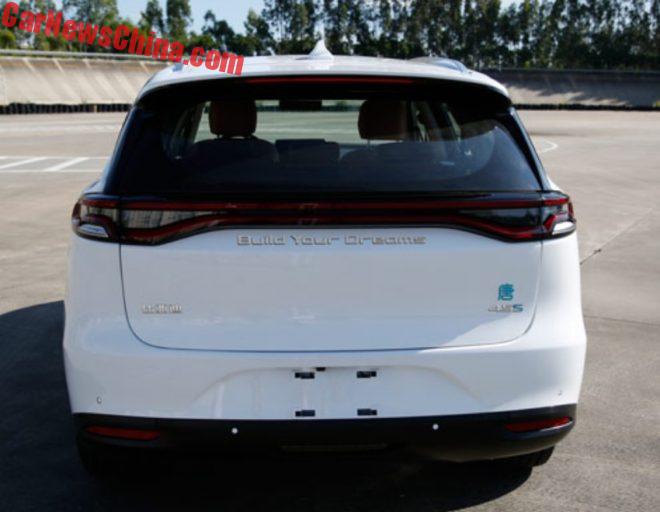 The Tang will come in two flavors: plug-in hybrid and petrol.

Somewhat disappointingly the plug-in hybrid drive train of the new Tang appears to be exactly the same as of the old Tang: a 205 hp 2.0 turbo plus two electric motors of 150 hp each, good for a combined output of 505 horsepower.

Still very impressive, but a new car should have a new number. The badges on the PHEV indicate it will do 0-100 in 4.9 seconds, again the same as the old car. However, in a press release BYD stated that the new Tang will go from zero to hundred in 4.5 seconds. More on that as we get it. Top speed is 180 km/h.

There is a new badge on the back, spelling out the meaning of BYD in full: Build Your Dreams. 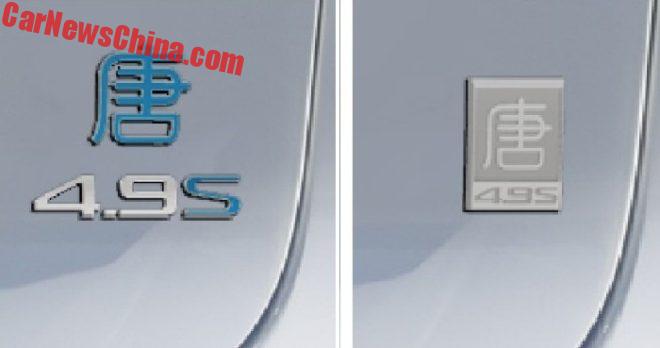 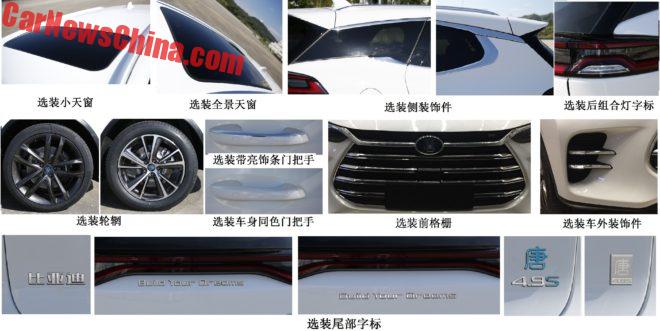 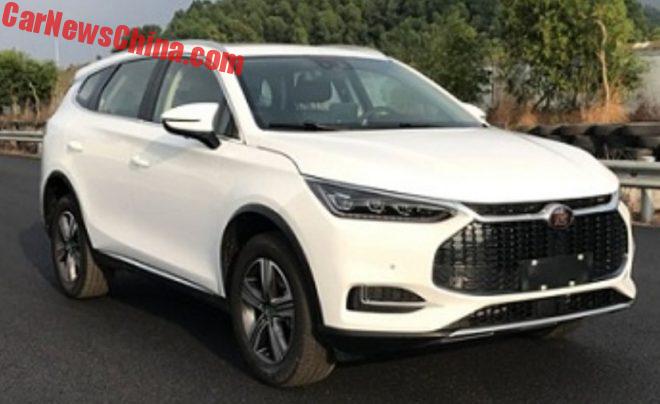 This is the petrol version. It is quite different from the PHEV. It has another front bumper and it has a completely different C-D pillar.

PHEV on the left, petrol on the right. Petrol version of probably prettier. 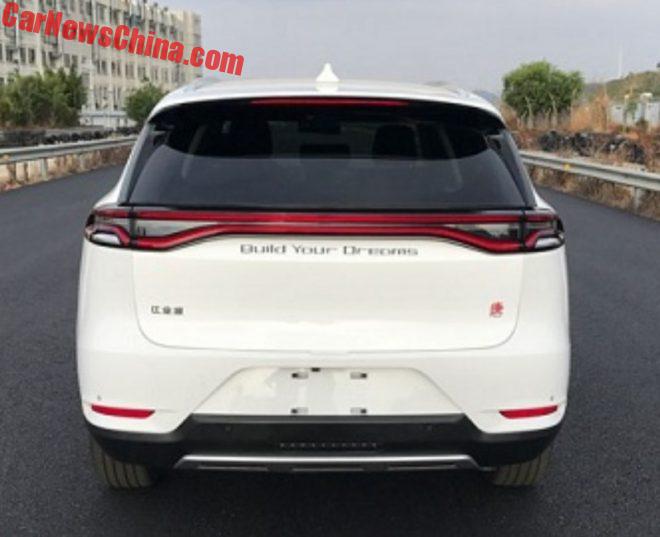 No big differences at the rear. Exhaust pipes are invisible on both versions. 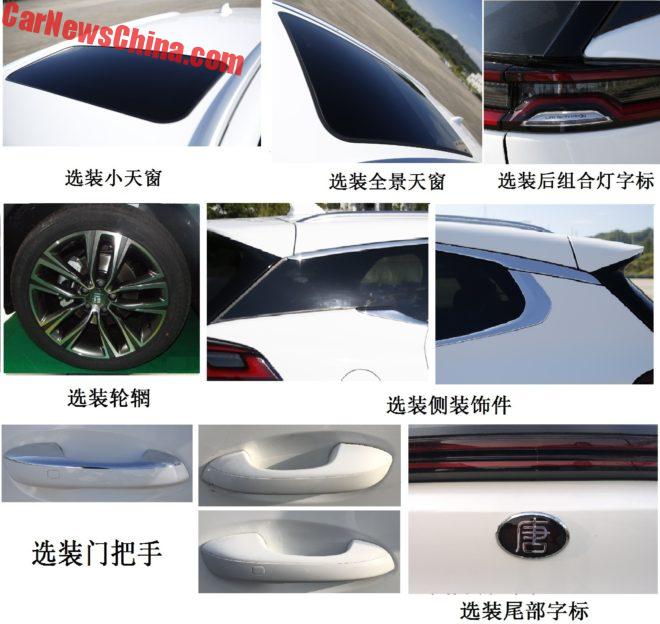