Spotted In China: The Qifeng K7 Is Not An Electric Mercedes-Benz G-Class 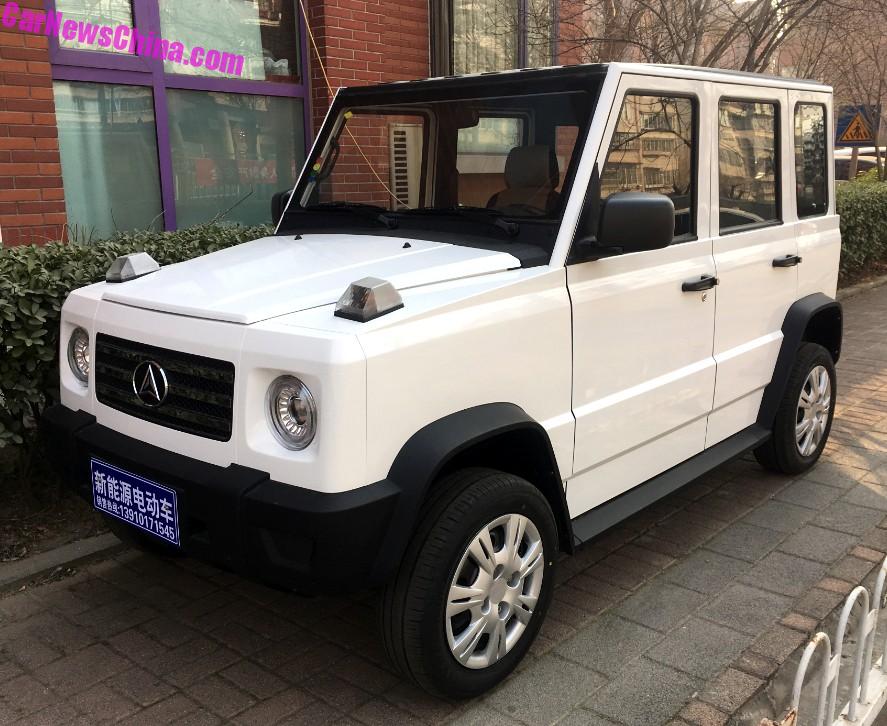 This little white wonder is not a Mercedes-Benz G-Class but a Qifeng K7 LSEV made to look look like one. Most brilliant are the fender-mounted indicators that appear to be larger than the G’s.

The Qifeng K7 is made by a company called Qifeng Auto. They used to be independent but they were gobbled up by Lichi Electric Vehicle Corporation (web), one of the largest LSEV makers in China. Lichi also likes Mercedes-Benz; they cloned the new Smart.

I first met the Qifeng K7 on an LSEV show in Shandong, but I hadn’t seen one on the road in Beijing yet. Qifeng is a nice name. Qi is best translated as excellent horse, and feng means wind.

Low-speed electrical vehicles (LSEVs) are very popular in China, especially in smaller cities. They are not allowed in highways and are not allowed to go faster than 50 km/h. In the past it was mostly the elderly and the disabled who bought these cars, but these days everybody buys. They are a brilliant solution if you just need to move around in the city. Enough range to go shopping, they can park everywhere, and use the bicycle lane to get bye the traffic jams.

Legally however the situation is a but murky. Regulations for these cars are drafted at city level, so the rules differ everywhere. In most big cities like Beijing or Shanghai LSEVs are forbidden to enter the city center. In Beijing they are not allowed inside the Fifth Ring Road, although in practice they are all over the place. The central government has long been talking about a nationwide rulebook, but this has come to nothing so far.

The K70 in action on the beach. That indeed is a “cross-country flying dream”. 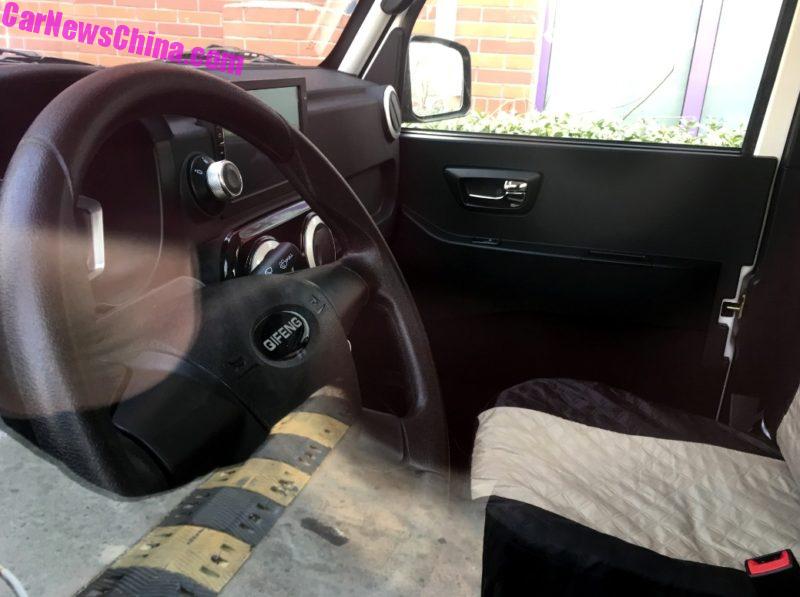 The interior isn’t that bad for the segment, and not that much worse than the outgoing G. The big knob on the left side of the screen in the drive selector. 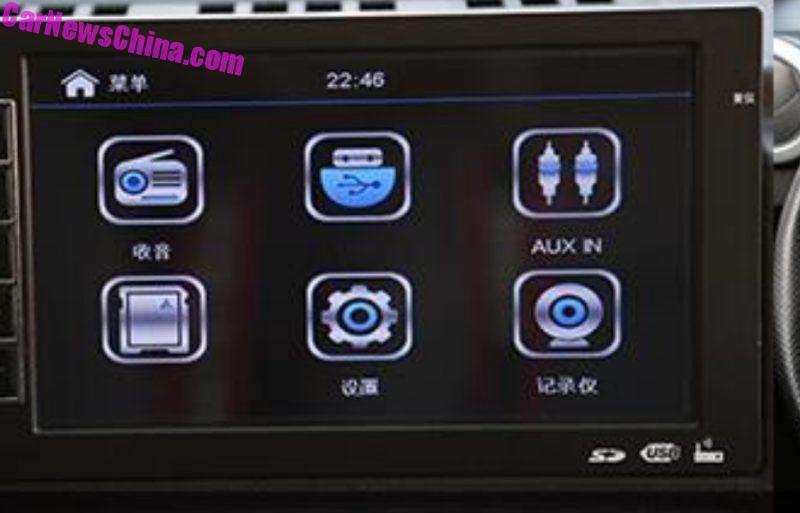 I borrowed this photo from Qifeng’s website, just to show how advanced the infotainment system is. There is an SD slot, a USD slot, WiFi, the radio, and AUX in, and even GPS. The media player can play music and video. It wasn’t long ago that you had to pay thousands of extra euro to get something like this in your Mercedes. 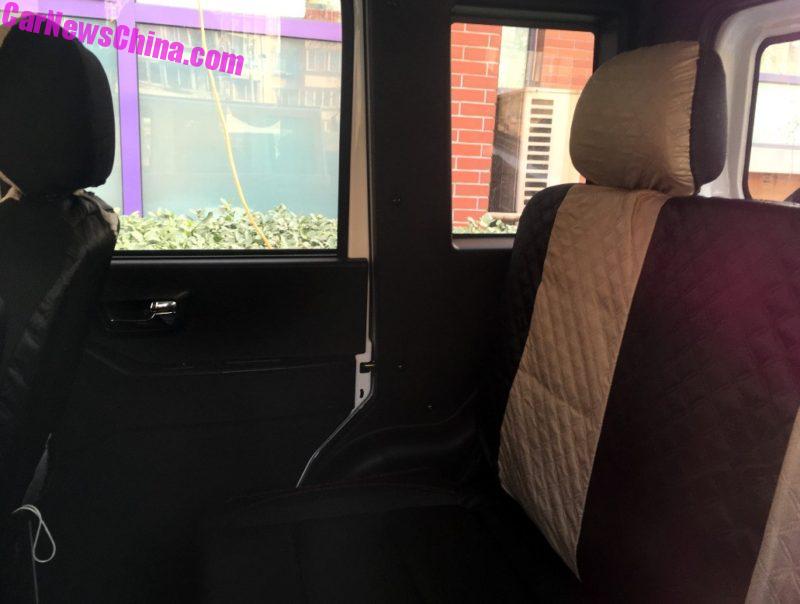 The Qifeng K7 seats five, which is just as much as the G does. 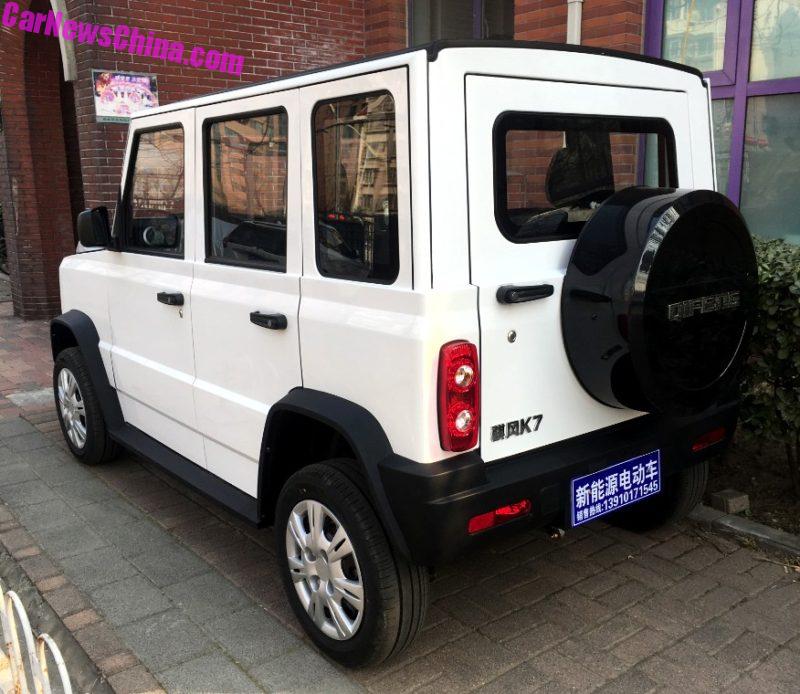 Door opens to the right, the wrong side, as China is a left-hand drive country. 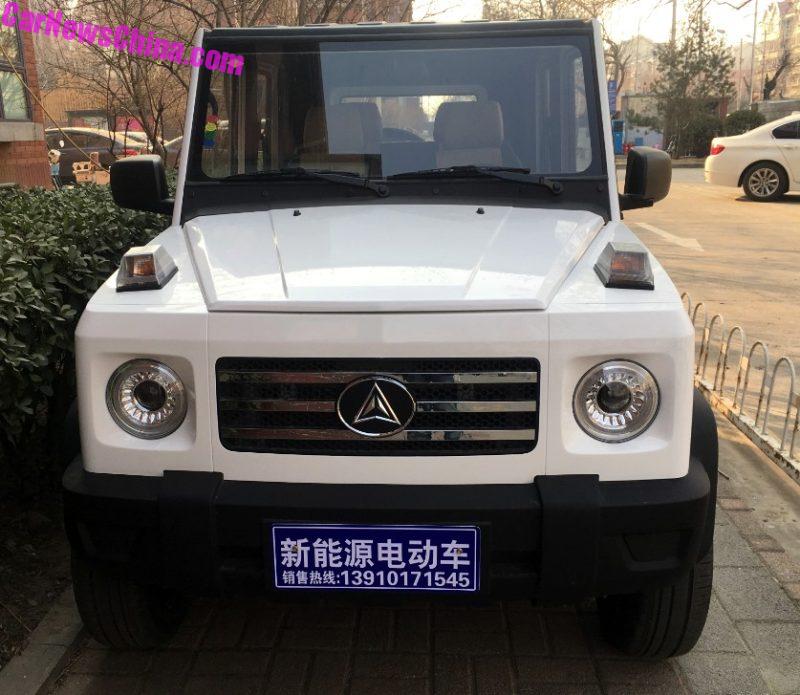 I found this Q7 in my compound in east Beijing, where it was parked on a pedestrian sideway.