This is the new Lynk & Co 03 sedan. A blue example was seen in a Geely development facility. It looks pretty much the same as the car we saw earlier, but with a chromed B-pillar, a spoiler-like extension under the doors, and different wheels. 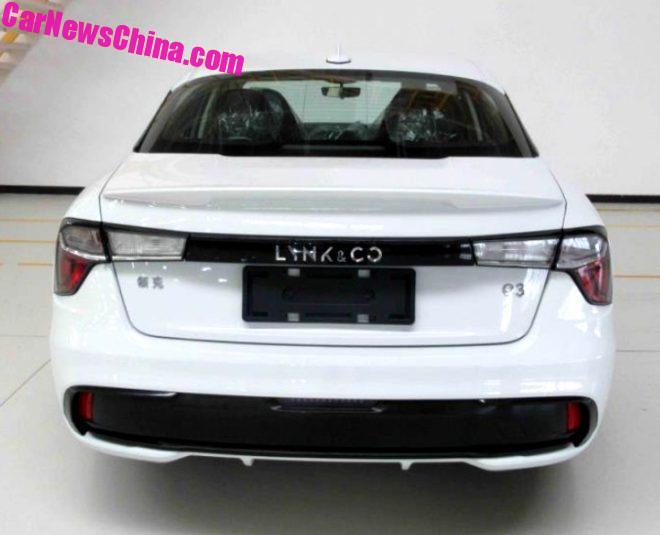 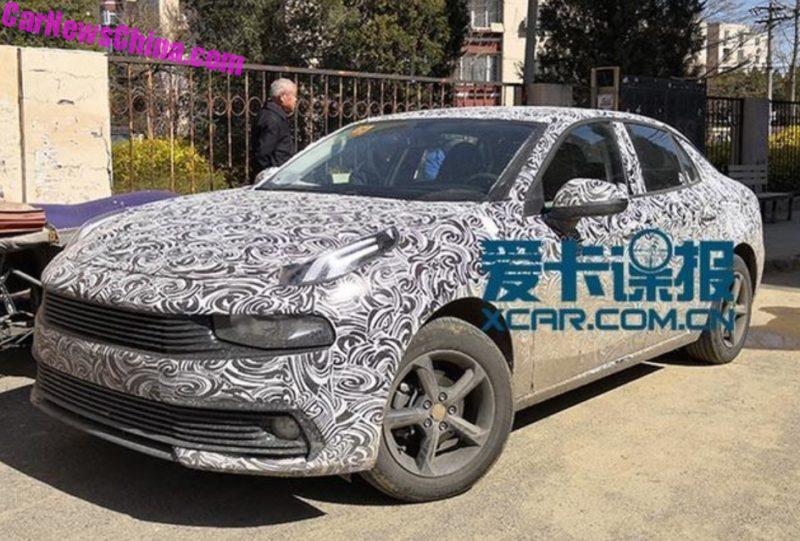 A camouflaged test car in a residential area. Did out test driver pay a visit to his mother here..? 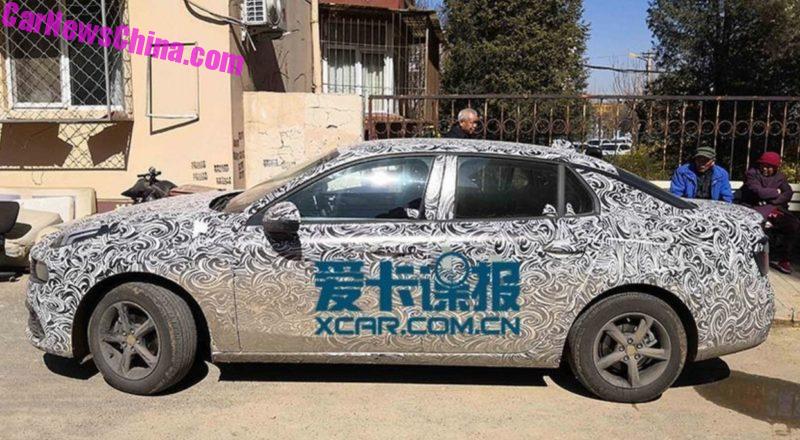 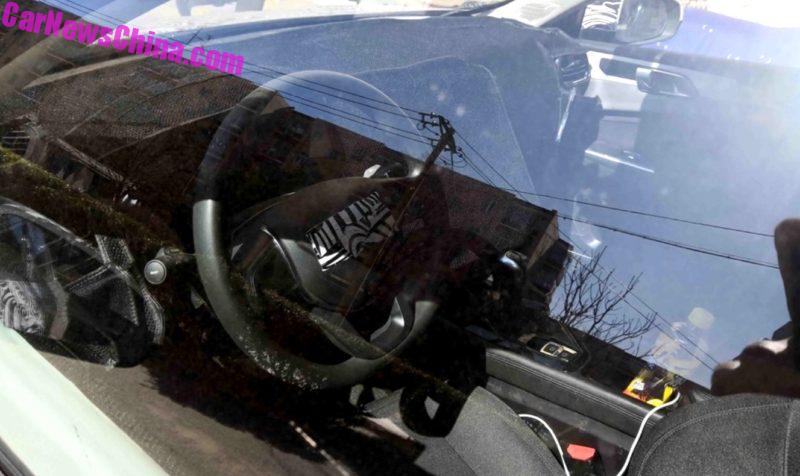 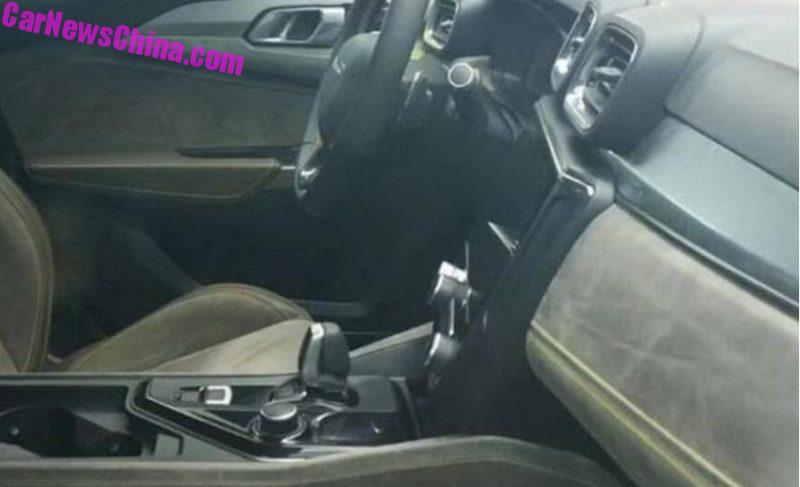 The layout of the center stack differs from the 01. Alcantara dash panels and seats look great. 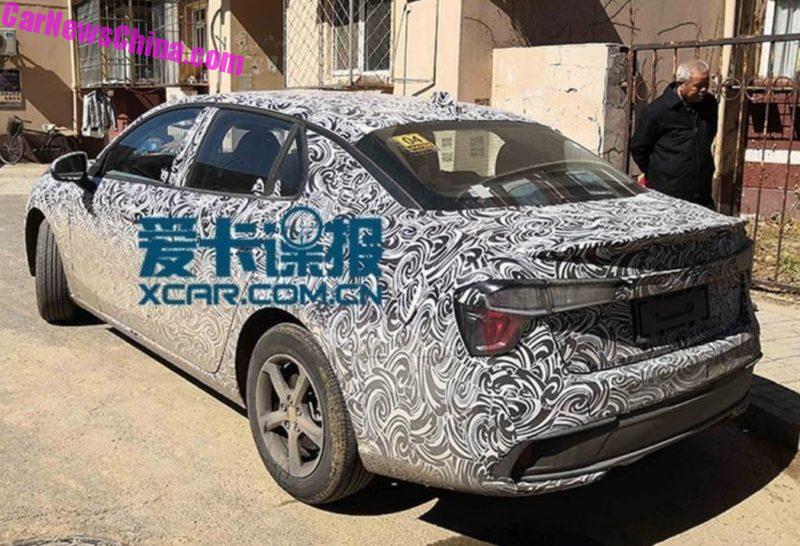 See that spoiler on the boot lid again. It is huge. 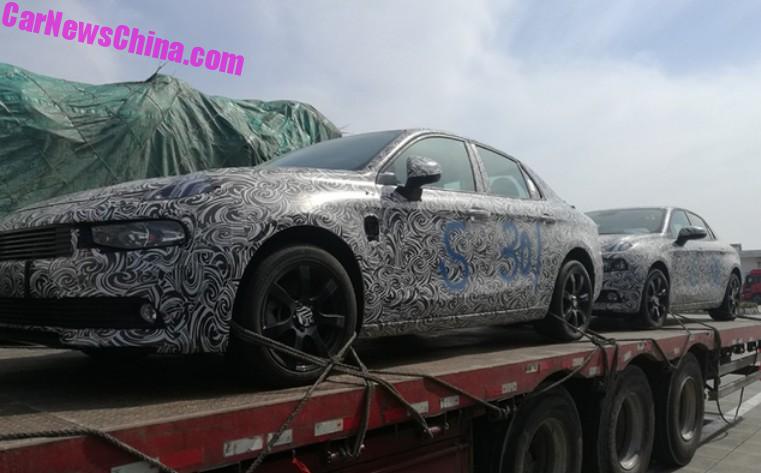 Two test cars on a flatbed. 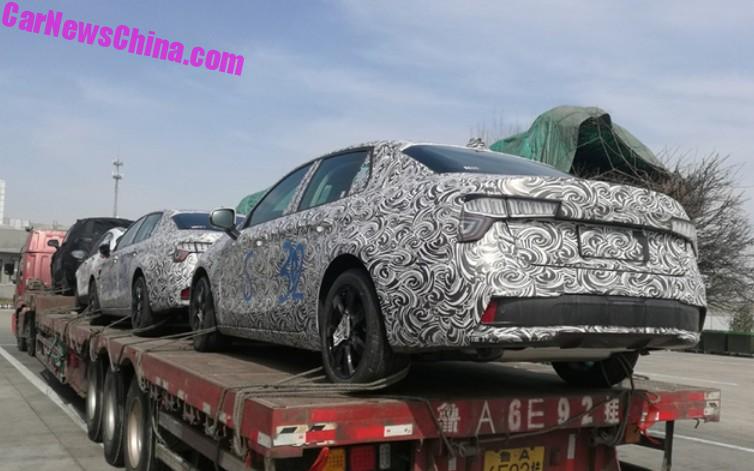 To the market they go…