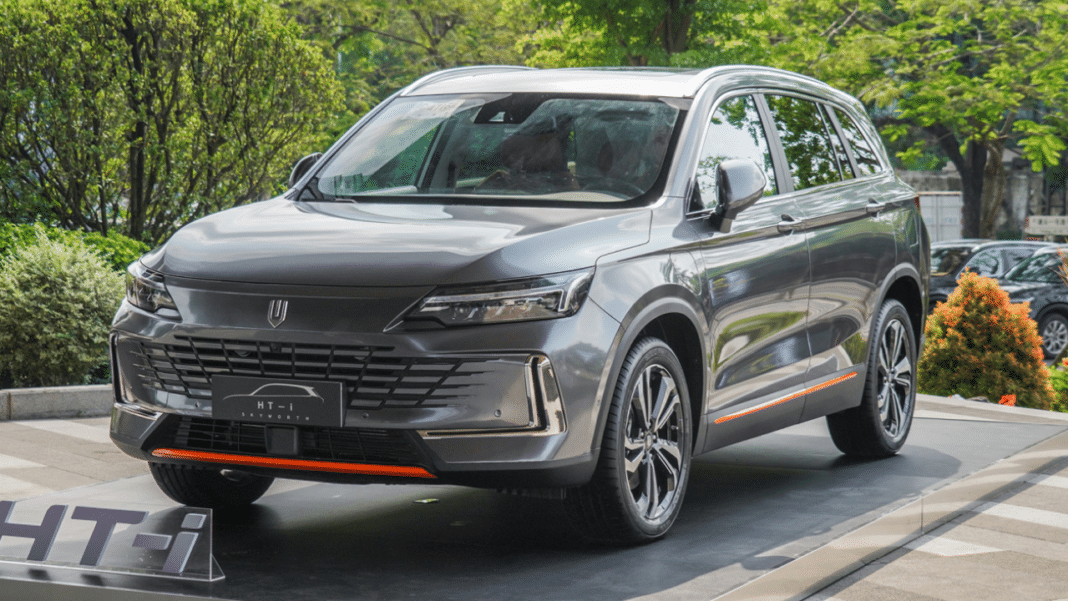 Skyworth Automobile has officially unveiled the HT-i PHEV, and the facelifted all-electric Skyworth EV6. The company shared the technical details of the new vehicles, as well as their prices. Skyworth also shared its huge plans with us. Let’s take a look at what they are up to.

What is Skyworth Automobile?

Skyworth Automobile is a young automaker that has become controversial, mainly because of a mixed bag of various names. It was launched in 2019 with two major shareholders: Nanjing Golden Dragon Bus and Skyworth Group. Nanjing Golden Dragon Bus runs a bus brand called Skywell (Chinese: 开沃). So, in 2019, this brand got Skywell (Chinese: 天美) international name, after that bus brand. The English name was the same “Skywell” but the Chinese name was different.

But later, they decided to unify their car brand with Skyworth, an electronic giant. So they were renamed from Skywell Automobile to Skyworth Automobile. Its first car became the Skyworth EV6 that was presented back in July 2021. It’s really confusing, but the EV6 has a lot of different names overseas, including Skywell ET5 (its original name), Elaris Beo, Imperium SEV.

The appearance of the Skyworth HT-i is very similar to the EV6. The key differences between them are a large frameless grille and a sporty bumper. As for its interior, it also stays in line with the EV6. It has a 12.8-inch screen with infotainment connected with smart home solutions from Alibaba, Huawei, etc.

Skyworth Automobile also launched the EV6 facelift. Its main features include an exterior with a new body color, a slick front bumper, as well as a more capacious battery. Let’s take a closer look at the battery. It is a ternary (NMC) with a capacity of 86 kWh. With it on board, the range of the Skyworth EV6 will reach 620 km (NEDC). The current version of the Skyworth has two batteries for 55 kWh and 72 kWh. So it is a nice upgrade for this EV.

Skyworth also shared its plans for 2026. They are going to launch 7 new lines and 14 models. The next generation of Skyworth EV6 will be released in 2023. And the company also will introduce new “CE” and “AE” platforms in 2024 and 2025. The first car based on the CE platform will be a coupe with the code name EA7 and a price tag of about 200,000-300,000 RMB (30,250-45,380 USD). And the first car on the AE platform will be a vehicle codenamed EA3. So far, there are very few details about it. According to Skyworth, all-electric cars produced by it will also have a PHEV version.