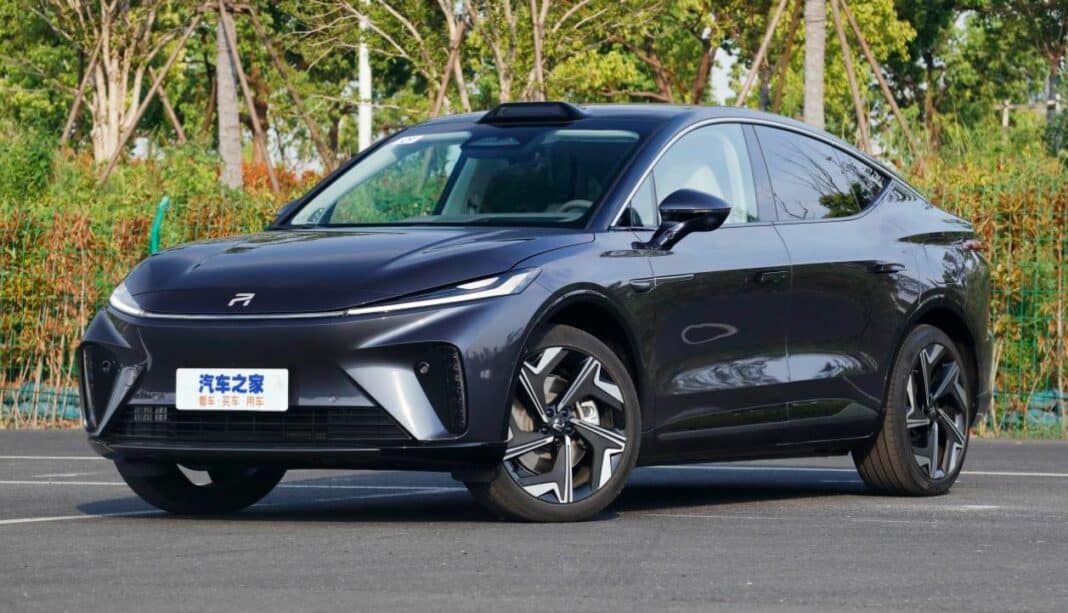 Feifan is a brand under SAIC. Previously its name was R, and it was renamed in October 2021. Technically, the R brand was under Roewe, but in 2021 it became an independent company. SAIC holds 95% of the shares, and the other 5% is distributed between Feifan employees. The naming of Feifan is curious. Its cars are still branded “R”. And on auto shows, they brand themselves as “Feifan R”. It also has a little-known international name “Rising Auto”.

The interior comes with a 43-inch triple-screen setup: a 10.25-inch instrument panel, a 12.3-inch display screen in front of the co-pilot seat, and a 15.05-inch central control screen powered by the Qualcomm Snapdragon 8155 chip.

The vehicle also get an AR-HUD system from Huawei with a large 70-inch display area, adjustable front seats with heating and ventilation, and a panoramic sunroof (which cannot be opened).

The Feifan R7 has swappable ternary lithium batteries on board. It is made by United Auto Battery System (UABS) – the JV between SAIC and CATL. It can also be charged with a plug. A single battery replacement only takes 2 and a half minutes, according to the carmaker.