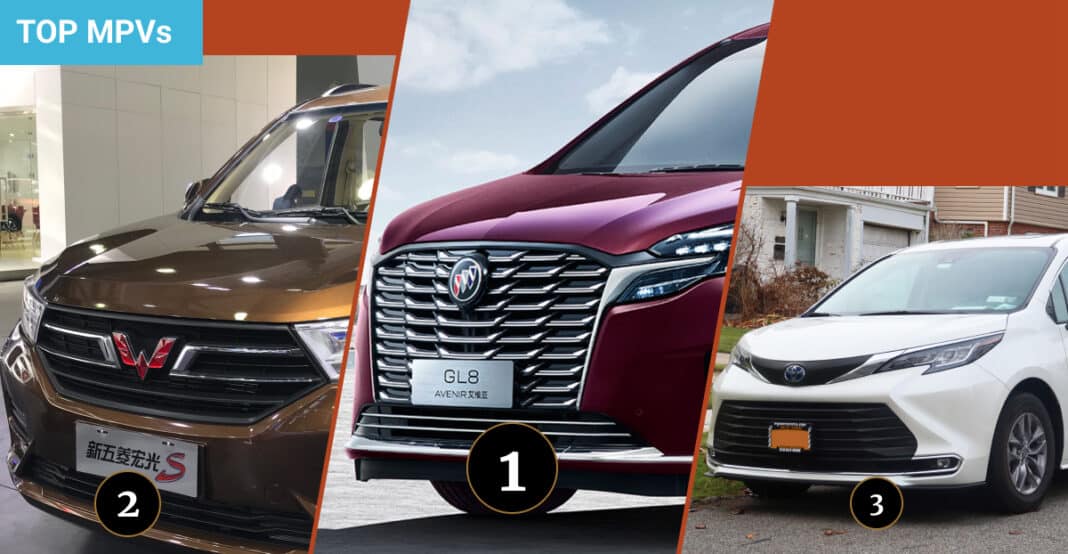 Toyota Sienna is still very stable in the ranking, coming in third in September with monthly sales of 6,796 units, which is 100 units more than August. Its cumulative sales volume from January to September was 54,314 units.

The Honda Odyssey fell by 9.8% year-on-year this month with 3,419 units sold. Its cumulative sales from January to September were 32,843 units.

Wuling Jiachen continued to rank fifth with 5,027 units sold in September. As an entry-level MPV that costs less than 100,000 RMB (13,900 USD), it quickly gained its place in the Chinese car market.

For independent brands, in addition to Wuling, both Trumpchi M8 and M6 are on the list as well as Forthing Lingzhi.

Furthermore, the ninth-ranked Bestune NAT was a surprise since it has never made it on the list previously. However, in September, its sales soared by 481.6% year-on-year with monthly sales of 3187 vehicles. There is no doubt that it received a large order in September, which directly boosted its sales and ranking.