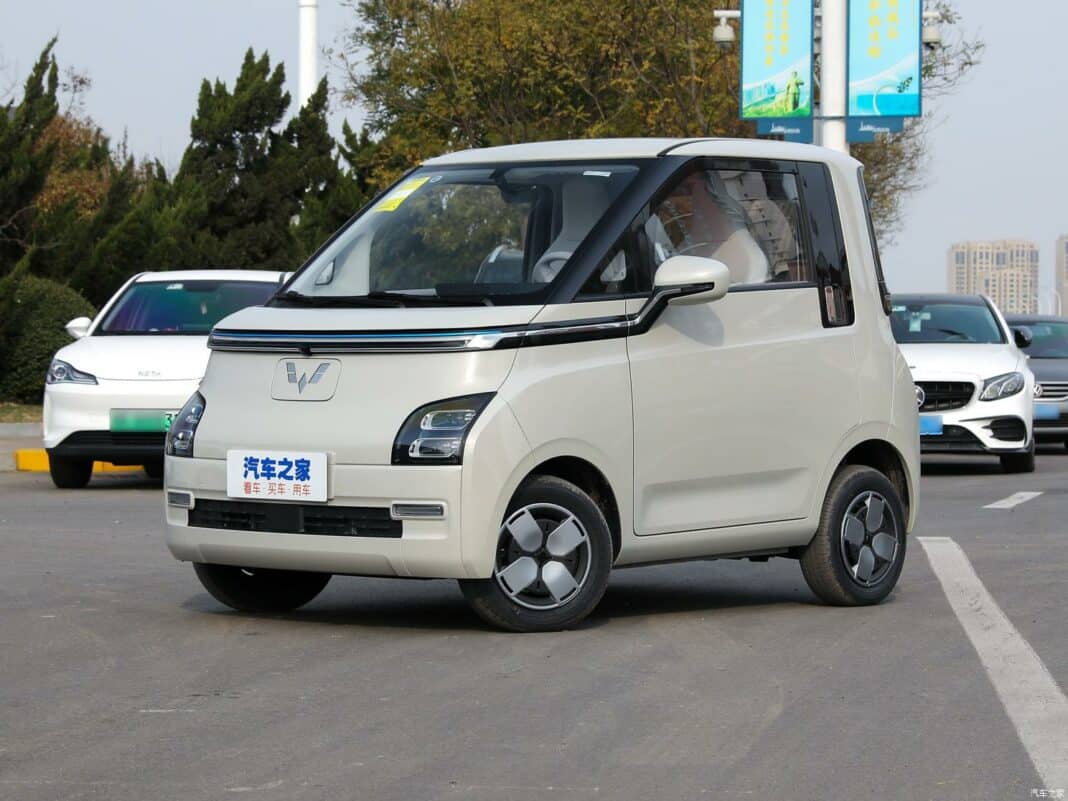 On December 12, SAIC-GM-Wuling (SGMW) officially launched the Air ev with a starting price range of $9,700 – $11,860. SGMW officially announced the Wuling Air ev in China with its Chinese name ‘晴空’, meaning Clear Sky, on November 2. The mini electric car is offered in four trims and has a cruising range of up to 300 km. Built on the GSEV architecture, the Air ev comes in two and four-seater versions.

For comparison, the Wuling Hongguang MINI EV measures 2917/1493/1621 mm and has a 1940 mm wheelbase. CarNewsChina had earlier reported the presale of the vehicle on December 2.

Inside the Air ev, you will find a 10.25-inch dual screen with Wuling’s own Ling operation system. Overall, the cabin is minimalistic and adopts a two-color theme.

Wuling also developed an app for owners to check the vehicle’s status, start it remotely and even perform various remote operations such as windows lifting or air condition control.

The vehicle is powered by a 30 kW (40 hp) motor for the 2-seater and a 50 kW (68 hp) electric motor for the 4-seater. The engine is mated to a lithium-iron-phosphate battery, and the top speed is 100 kilometers per hour. Surprisingly the car supports DC fast charging, and it takes 45 minutes to charge 30% to 80%, according to Wuling.

On August 8th this year, the official production roll-out of the Wuling Air ev was launched in Indonesia as the first Chinese new energy vehicle to enter the Indonesian market. Then on October 26, SGMW officially delivered 300 Air ev models to Indonesia. Since its launch, orders for the Air ev have exceeded 4,000 units. As the company’s first global car, it will be exported to Egypt and India later this year, with more regions to follow.