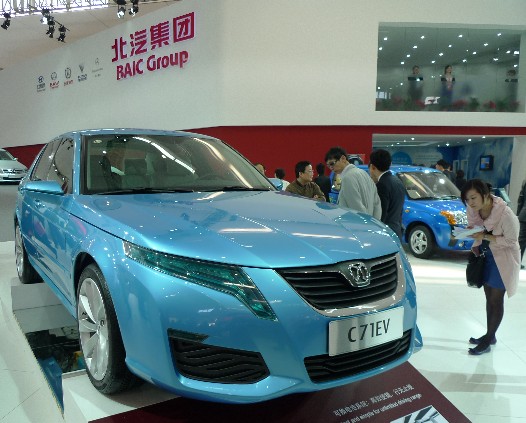 Beijing Auto will build around 3000 C71EV’s, the electric version of the C71 which is based on the old Saab 9-5. Beijing Auto will set up a network of chargers around the city in a joint venture with the Beijing government, which by la way is also the biggest shareholder of Beijing Auto.

The project is essentially the same as an earlier project with an electric vehicle based on a Chrysler Sebring. When the Beijing Auto-Chrysler joint venture died the project was canceled. It is now back with a new car. The Sebrings were meant to be used as taxi’s only with a planned production of one thousand cars. The C71EV will likely see more different buyers.