Nissan Leaf to Arrive in China next year 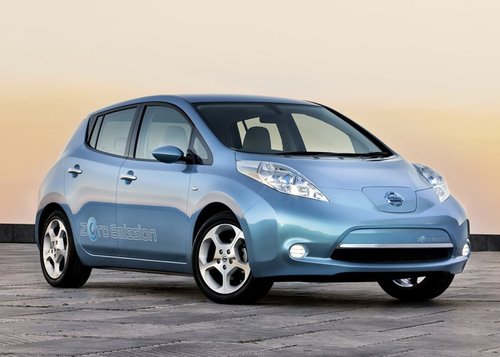 Nissan will start selling the full-electric Leaf in China next year. No plans for local production, the vehicle will be imported from Japan. In China it is called 聆风, Ling Feng, Listen [to the] Wind. Price yet unknown but with a 60.000 yuan (8800 USD)  subsidy from the Chinese government it might end up around 250.000 yuan.

Even with that bonus I don’t think the Leaf will be a succes. There is no infrastructure for electric cars in China, except a few pilot projects, and Chinese houses aren’t made to charge a car at home. Most Chinese city-folk live in high-rise appartments with a car park in the basement and those don’t have the infrastructure either. People in the countryside can never afford a Leaf.

Nissan knows all this, the Leaf isn’t mean to sell. It is meant to show the Chinese and especially the Chinese government what Nissan can do and wants to do for a greener China. Basically so, the Leave is an expensive p.r. project.