Hongqi of China; the Lincoln years 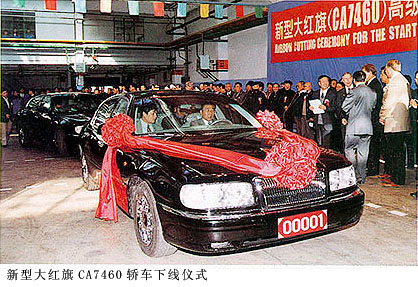 There is however another less well known chapter in Hongqi’s history; a tie up with good old Lincoln from the USA in the 1990’s and early 00’s. This article will show what cars came out of this interesting marriage. On first pic the first Hongqi CA7460 rolling of the line in the factory in Changchun, Jilin province. It was November 10, 1998. 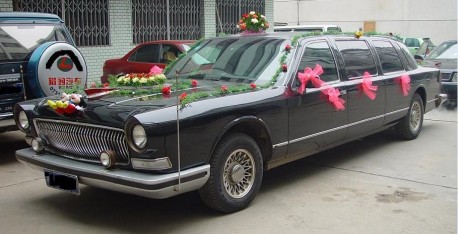 Things however, started a little bit earlier, with madness! The first Hongqi-Lincoln baby was this hideous thing, the mighty Hongqi CA7465 C8. Based on the second generation Lincoln Town car, extended by one meter and sexed up with a new front that was harking back to the classic Hongqi CA770 state limousines. 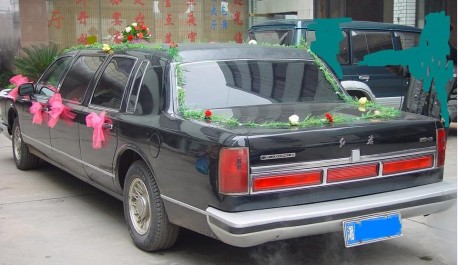 At most a hundred were made between 1995 and 1997. They were never popular, not even with the government. These days some are still in use by wedding companies like the example on pics, the rest seems to have vanished forever. Not a very bad thing, but still, an interesting experiment it was. 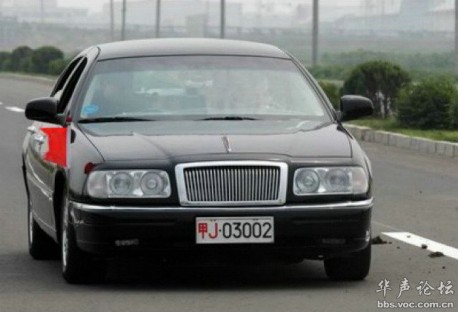 Things got serious with the Qijian (Flagship) range. All subsequent Hongqi-Lincolns would be called Hongqi Qijian (红旗 旗舰) CA 7460. All were based on the third generation Lincoln Town car. The basic CA 7460 debuted in 1998 as seen above. Engine was the Ford’s 4.6 V8 with 158kw that would power all Hongqi-Lincolns.

The Lincolns were shipped as kits from the US and assembled in China. Design-wise Hongqi changed most at the front. A new grille, new head lights and a redesigned bonnet. Changes at the back were minimal. New Hongqi badges for sure and that was about it. The interior didn’t change at all except for a Hongqi-badge on the steering wheel.

Car on pic is the basic CA 7460, it has a white military plate and shows a red flag, meaning some high ranking military officer sits inside, when the officer is not in the car the flag has to be removed. 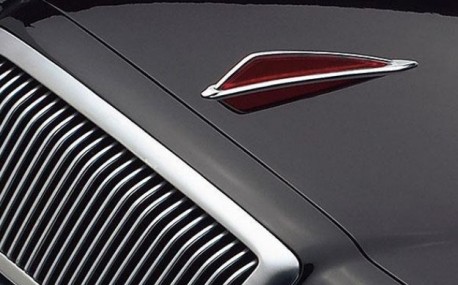 The red ornament on the hood depicts the ‘Red Flag’, the grille is made to look like a traditional Chinese fan. 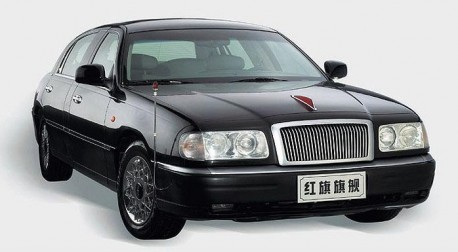 There were three extended Hongqi CA7460; the L3, the L1 and the L2. Confusingly, L3 is the shortest, L1 sits in the middle and the L2 is the longest. The extensions were done in China by Hongqi, FAW therefore claimed the intellectual property rights on the whole car, unfortunately we don’t know how Ford responded to that one… 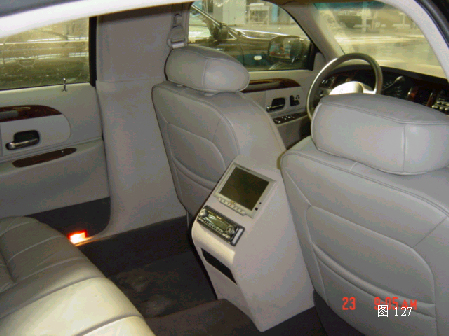 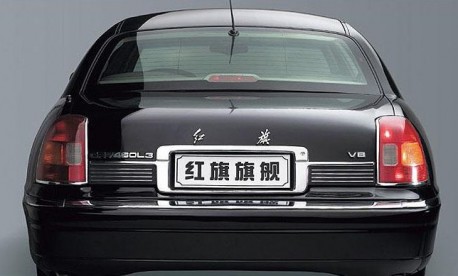 The L3 debuted in 2001 and was extended by 20 centimeters for more space in the back. But sure a mere 20 centimeters was by far not enough for the powerful mandarins in the capital. It had to be bigger, much bigger. 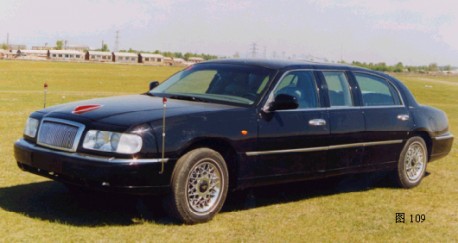 One year later, the CA 7460 L1 arrived, stretched by 1 meter. Now Hongqi was in business! Still, is was too short for the government wishes.

The L1 therefore became sort of an ‘in between model’, not many were made and these days the L1 is the hardest Qijian to find. Something bigger though, was on the way… 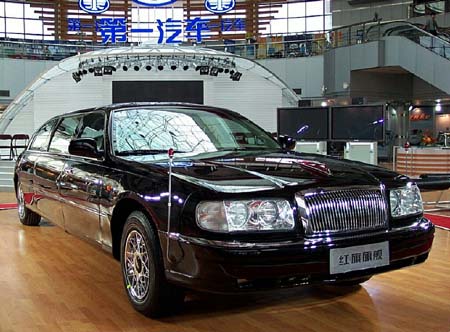 One year later again, the CA 7460 L2 debuted at the 2003 Changchun International Auto Show, right on FAW’s home turf. The L2 was the biggest and baddest Lincoln-based limousine Hongqi would make, extended by 1.35 meter and equipped with a fridge, wine bar, TV-set, a computer and of course a state of the art on-board telephone system. 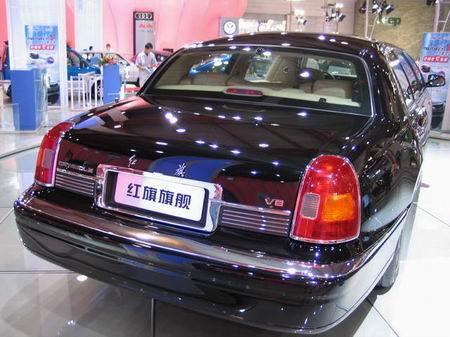 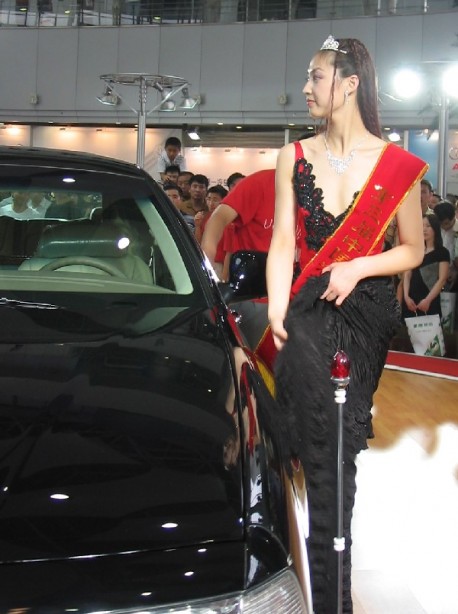 As it happened, I was at that very same 2003 Changchun International Auto Show myself, during a trip to the Northeast, when the CA7460 L2 debuted.  It was extremely busy and extremely hot, I managed just to shot a few pic and this was the best. Car is on the left… 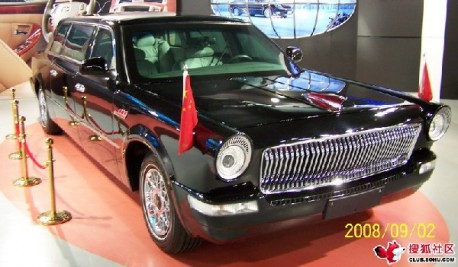 And with this beauty we are back at the beginning. In 2004 Hongqi tried once more to redo the CA 770, this time based on the third generation Town Car. The front obviously changed but that was not all. The roof-line was lowered for a more aggressive stand and the rear was completely remodeled. A lot of work indeed and not at all a bad looking car. Unfortunately only one prototype was made but fortunately it still exist, it is on permanent display in the FAW museum in Changchun. 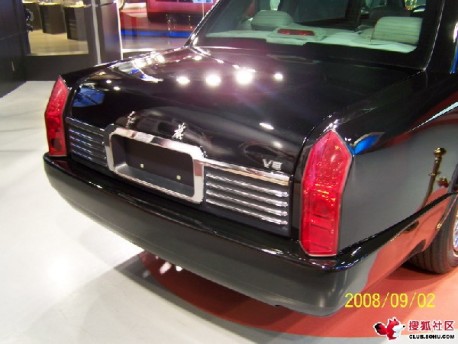 The prototype was a design study for a parade car, to be used for the 2009 military parade in Beijing. These big military parades are held only once every ten years, always on October 1, the day that communist China was founded in 1949. During the parade the president-party leader inspects the troops from a parade-car, always a Hongqi.  In the end the communist party decided to use the brand-new Hongqi CA 7600L for the 2009 parade and not this CA7400.

The Hongqi-Lincoln tie up came to an abrupt end when FAW closed a deal with Toyota in 2005. The new Hongqi HQ3, the successor of the CA 7460, was going to be based on the Toyota Crown Majesta. Ford, was dumped. The deal was part of a much bigger agreement that lead to the founding of the FAW-Toyota joint venture. Production of the HQ3 started in 2007, and FAW-Toyota still makes various Toyota’s for the Chinese market.

And hereby this story ends, thank you for reading.

Thanks to the great book “HONGQI, the history of a Chinese limousine” by Erik van Ingen Schenau.