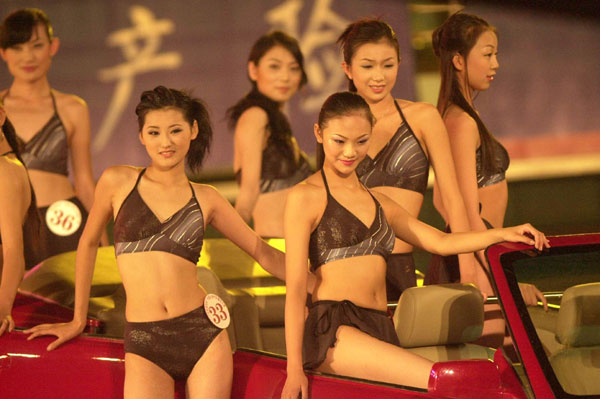 A sweet old pic from China. It is April 2003, Changchun Auto Show in Changchun, Jilin Province. Changchun is the home-base of First Auto Works (FAW), the owner of the famous Hongqi-brand.

The pretty girls are hanging ’round a Hongqi CA7202E3-L convertible parade car, based on the CA7202E3 Shijixing (Century Star). The CA7202E3 was based on the Audi 100 that was made in China by the FAW-Volkswagen joint venture. 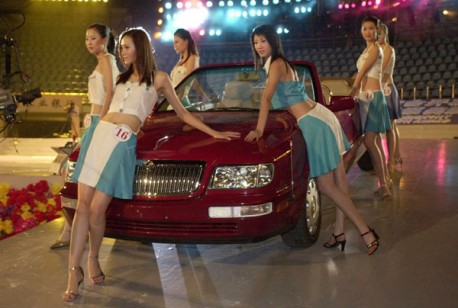 Same car, different girls. The L is stretched by 53 centimeters in the middle and has a special handlebar behind the front seats so the hero-dictator can hold the bar while waving to the crowd with his other hand. The L’s were made for parades, a couple of hundreds were produced between 2000 and 2005.The parade car does not have a roof, it it rains the hero-dictator will get very wet. 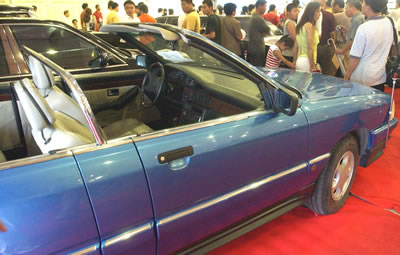 There was another Hongqi CA7202E3-L convertible parade car at the show, a nice ble example parked elsewhere in the exhibition center.

Factory photo from a very hot red car. The CA7202E3 was powered by a 2.0 V6 from Nissan with 92kw and 167nm. Hongqi was really messy with its engines. Some cars had Audi engines, some Nissan, and they changed sometimes within the lifespan of a car. Top speed for this L is 145 km/h. 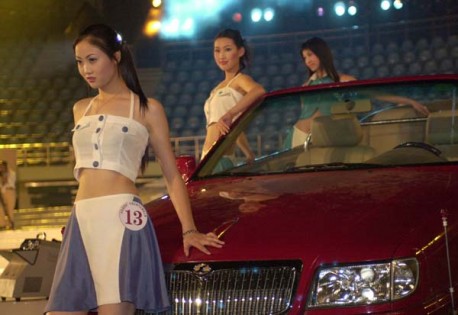 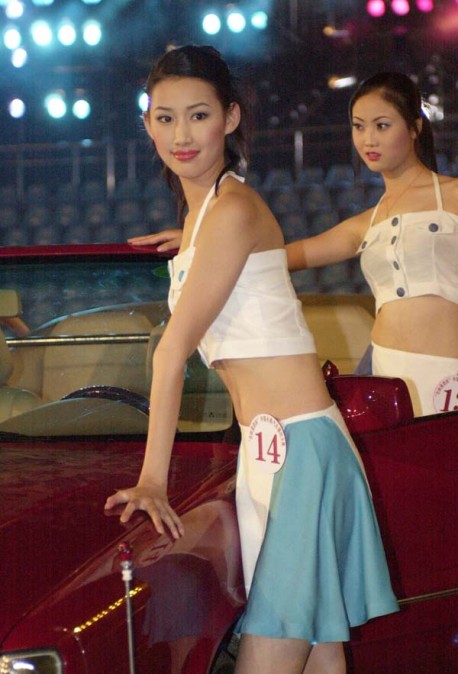 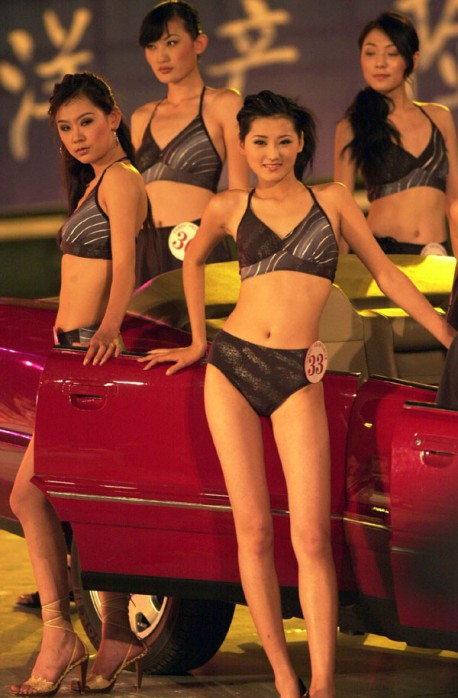 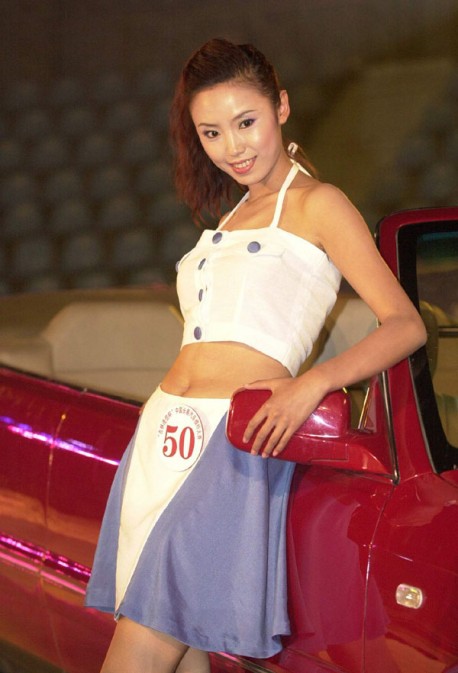 Pics of the red car via: Xinhuanet.